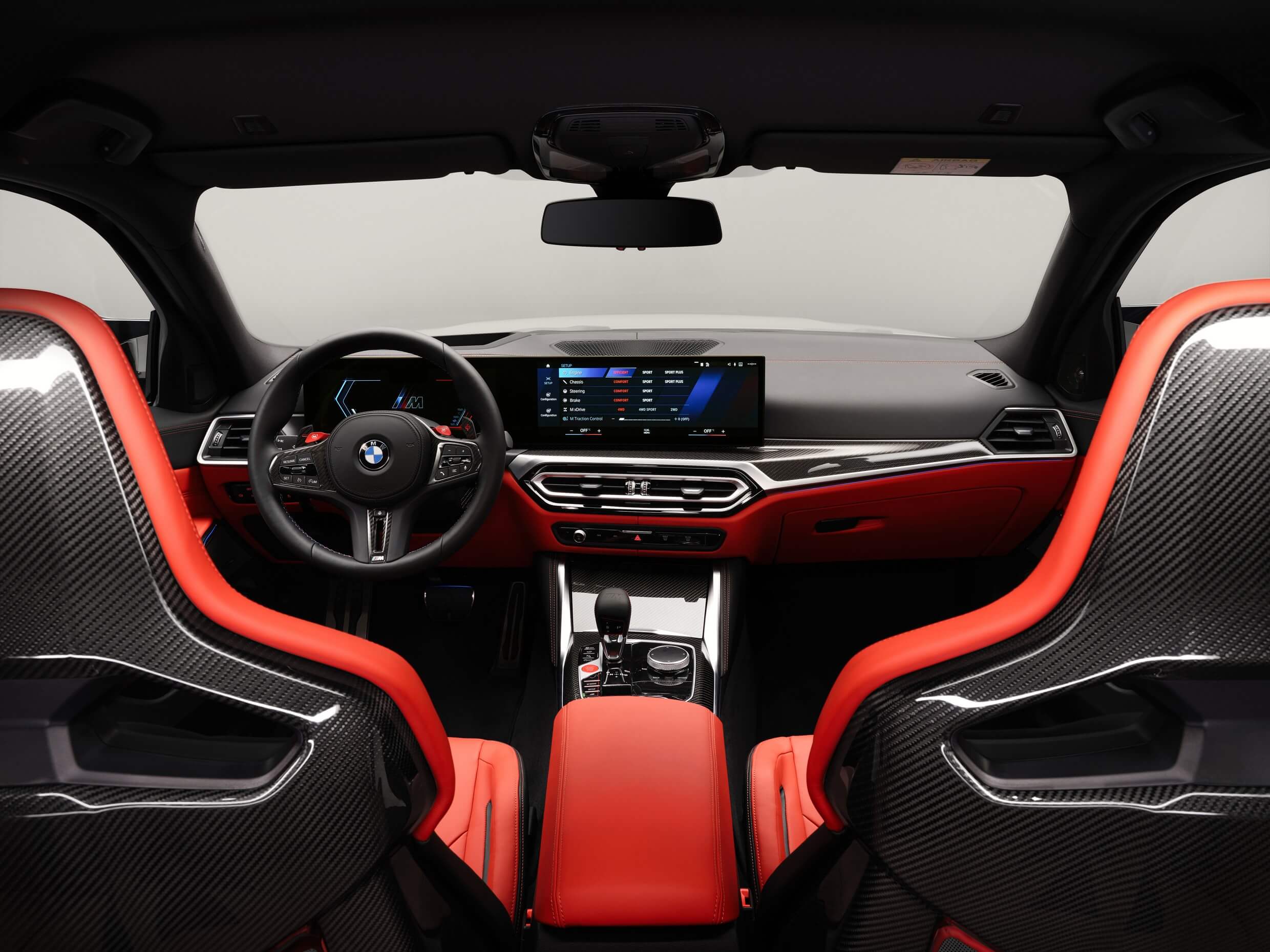 Well, this is unexpected. It was only a few hours ago when BMW unveiled the 2023 3 Series LCI and we’ve now stumbled upon an official image of the updated M3. While you’d be tempted to say someone from within the company made a mistake and published the photo sooner than planned, that’s not the case. Why? Because the latest-gen infotainment is coming sooner than you think. The German luxury brand says all cars produced from July this year will switch to the iDrive 8 as standard equipment.

The photo’s description shows it’s the M3 Sedan G80 rather than the Touring G81 because the latter will celebrate its world premiere in June at the Goodwood Festival of Speed. As seen on recent BMWs, the iDrive 8 pairs a fully digital 12.3-inch digital instrument cluster with the 14.9-inch touchscreen, with both housed in a large piece of curved glass. The familiar setup was first seen on the 3er at the end of March when the electric i3 sedan debuted in China.

As with other BMWs that have transitioned to the latest infotainment system, the physical buttons for the climate controls have been swallowed by the big screen. In addition, the central air vents are wider than before and are no longer separated. A closer look at the touchscreen reveals the car in question is a Competition model with xDrive, while the carbon bucket seats suggest we’re dealing with a high-spec version.

BMW unveiled the current-generation M3 Sedan in September 2020, but with the impending debut of the hotly anticipated Touring, the saloon will be getting the latest infotainment system as well, less than two years after its reveal. An optional Innovation Package will also be available, bundling a wireless charging pad, interior M trim in Aluminium Rhombicle Anthracite, a Sensatec (synthetic leather) instrument panel, and an eSim. Going forward, the Frozen Pure Grey metallic Individual paint joins the color palette.

Spy shots have shown a hotter M3 CS is undergoing testing ahead of a probable release in 2023 as a limited-run special edition.