When BMW introduced the hotly anticipated M3 Touring earlier this week, one of the cars featured in the official gallery had a sinister look courtesy of the Frozen Black Individual paint. However, the identically painted car from the Goodwood Festival of Speed was exhibited with an array of M Performance Parts that made it even more aggressive.

It’s easy to understand why some would find the showcar from the FoS too flashy what with numerous carbon fiber parts and brightly painted wheels. For a more subdued look, the car featured here is probably the ideal spec. It does away with the M Performance Parts and adopts a murdered-out appearance we honestly prefer over the car from Goodwood. 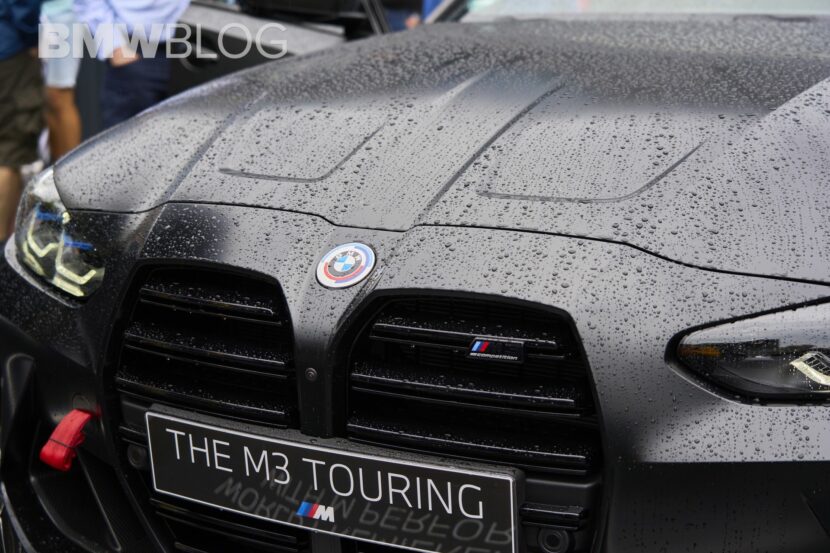 Eagle-eyed viewers will observe this M3 Touring also lacks the vintage Motorsport emblem that BMW is offering until the end of the year for all M Sport and M cars. The monochrome look continues inside the cabin where we notice the optional M Carbon bucket seats for the driver and front passenger. Those who would rather have a splash of color can pick (at least in Germany) from 16 exterior hues and the same number of interior finishes.

Decades in the making, the BMW M3 Touring will cost a pretty penny as math starts at €97,800 in its domestic market before adding any options. Add an Individual paint and a few options and you’re looking at a high-performance wagon that costs six figures. For your money’s worth, the G81 is a do-it-all type of car and a viable alternative to the X3 M Competition.

Although the M3 Touring coincides with the 3 Series LCI’s arrival, it doesn’t necessarily mean it’ll have a short shelf life. BMW will reportedly extend production of the seventh-generation model and all of its derivatives (including 4 Series) until 2027. Meanwhile, an EV is scheduled to arrive in 2025 on the Neue Klasse platform.