BMW IconicSounds is One of the Brand’s Coolest Features Ever 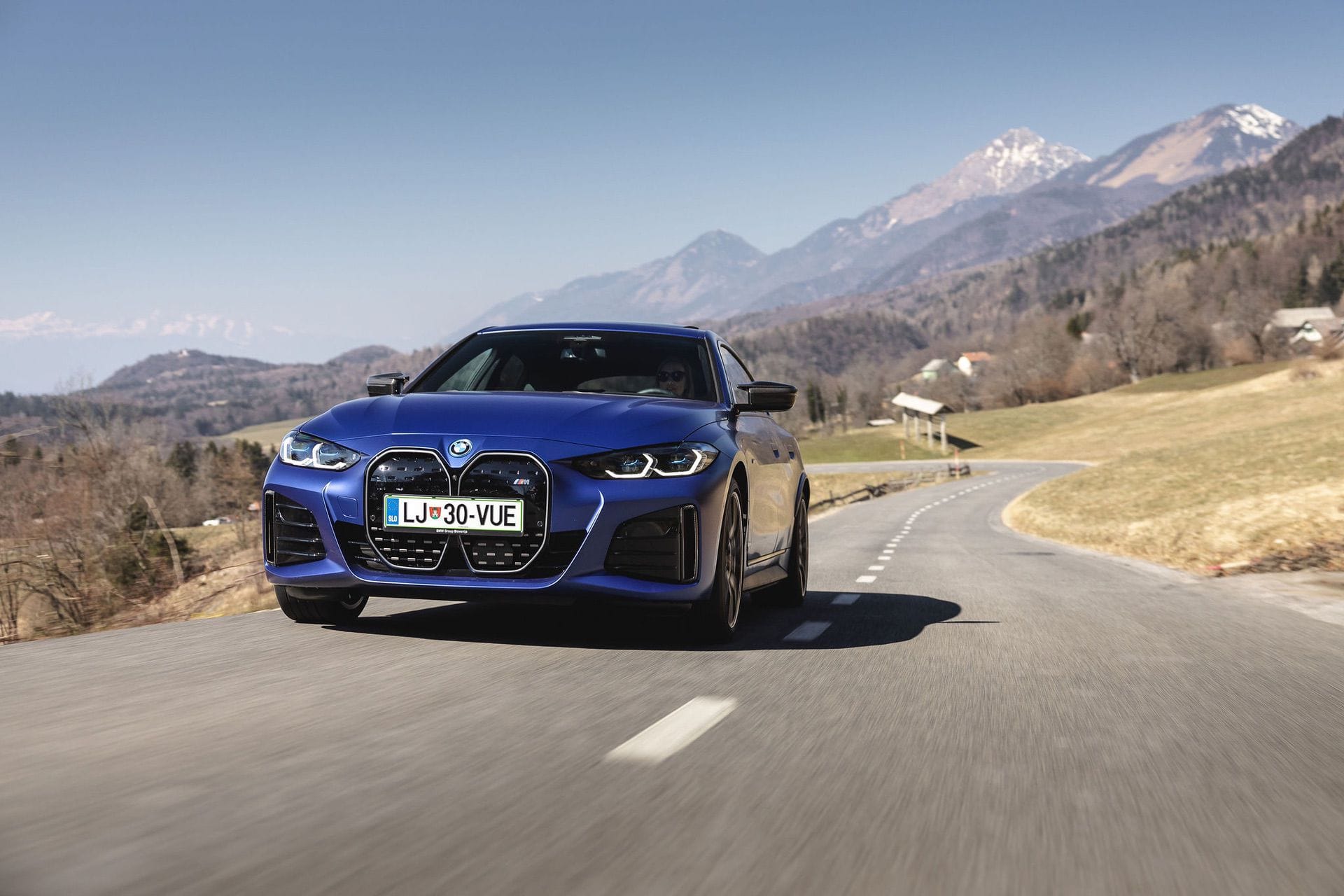 Car companies are beginning to get more and more creative when it comes to the fake noises used inside the cabins of their EVs. Because EVs make no inherent powertrain noise, they’re often unexciting to drive quickly, as there’s almost no visceral connection to the car; no vibration from an engine, nor any noise. To create a more interesting, engaging noise, BMW turned to Hans Zimmer to create the IconicSounds Electric system and, after using it in the BMW i4 M50, I can personally say it’s awesome.

I’m currently in the middle of my week-long test of the BMW i4 M50 and the Hans Zimmer-created acceleration noises are my favorite part about the car so far. Not only does the Iconic Sounds system work well, it’s one of the coolest features I’ve ever used in a BMW. 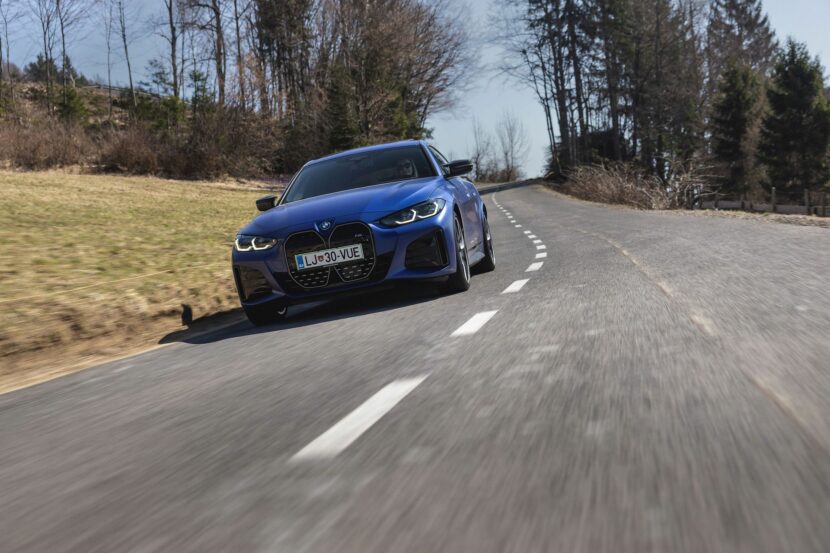 The system can be turned on or off through the drive select modes and it changes based on the driving mode you’re in. In Comfort and Eco Pro, it’s noticeable but quiet. In Sport mode, however, it’s loud and in your face, reacting to every bit of powertrain input there is, both throttle and regenerative braking. But it’s not just an acceleration noise and a braking noise, it’s more complex than that.

When you’re on throttle, it perfectly reacts to the amount of throttle input you’re giving it. Zimmer and the rest of the team at BMW must have worked incredibly hard to make the sounds match driver input exactly, because a driver can adjust their throttle/braking inputs constantly. So to match that, without sounding synthetic is immensely impressive.

Of course, it you know it’s synthetic noise; obviously the car isn’t making those noises on its own. However, because the noises are so meticulously engineered, and respond so well to inputs, they sound perfectly in sync with what the car is doing and sort of feel real. The best way I can describe it is that it sounds like you’re driving an alien spaceship in a big-budget sci-fi movie. 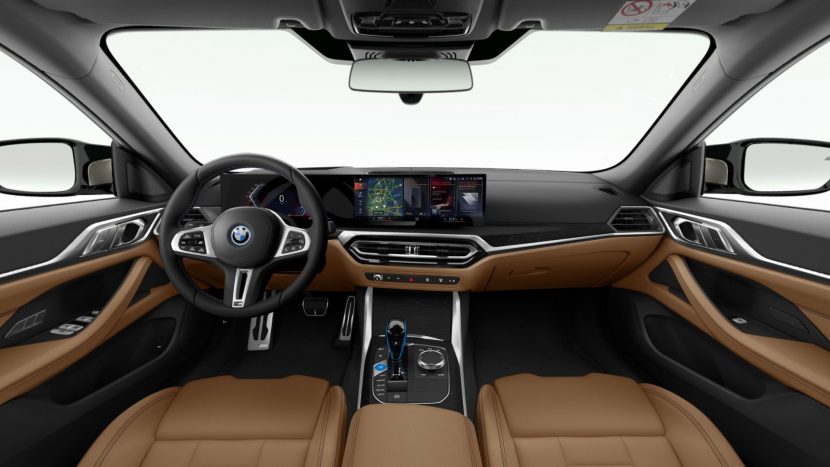 Also, because those noises don’t exist in the real world, and these sorts of systems are so new, you sort of just accept the way they sound. When you watch Star Wars, you don’t question why TIE Fighters sound the way they do, they just sound awesome and that’s that. It’s the same with BMW IconicSounds. The sounds that come from driving the car are so alien, but also so cool, that it doesn’t matter how synthetic they are, they’re just plain fun. I’ve been taking my four-year-old son for rides in the car just to show him the noises and he loves them.

That’s really the main takeaway — it’s fun. Similar to when you drive an Audi R8 V10 or a Porsche 911 GT3, and you ring the engine out just to hear the noise, I’ve found myself stabbing the throttle in the BMW i4 M50, just to hear the spacecraft-like noises. It’s hilarious, absurd, and almost hard to believe that an automaker — especially one as stiff as BMW — would put those noises in an car. But that’s what makes it so fun, it brings a sense of child-like silliness to driving the i4 M50 that even some of BMW’s best internal combustion cars can’t match. 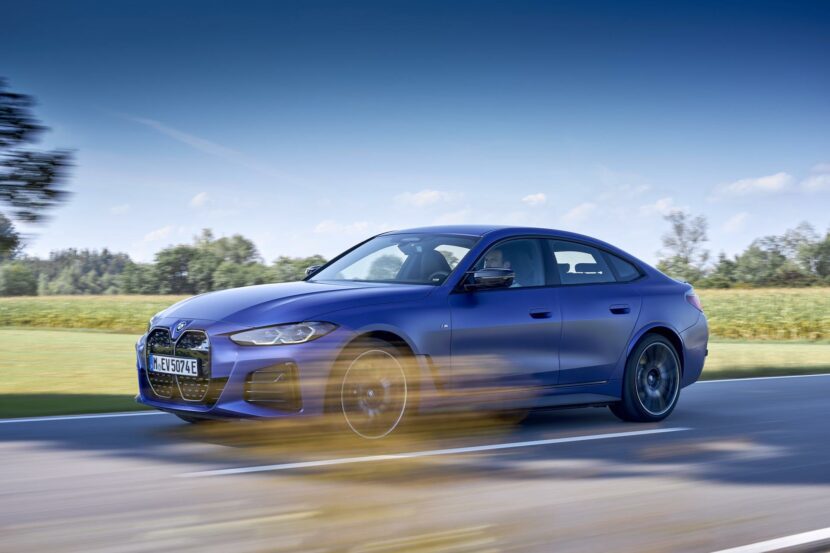 Plus, most of its internal combustion cars rely on speaker augmentation to make their engines sound better anyway. If I’m being honest, I think the i4 M50’s noises are cooler than most speaker-enhanced engine noises from BMW, because at least it’s honest about it.

There are many great aspects of the BMW i4 M50; it’s bonkers fast, handles well, and has a big trunk, to name just a few. However, so far, the highlight has been the hilarious, sci-fi-inspired Hans Zimmer noises.