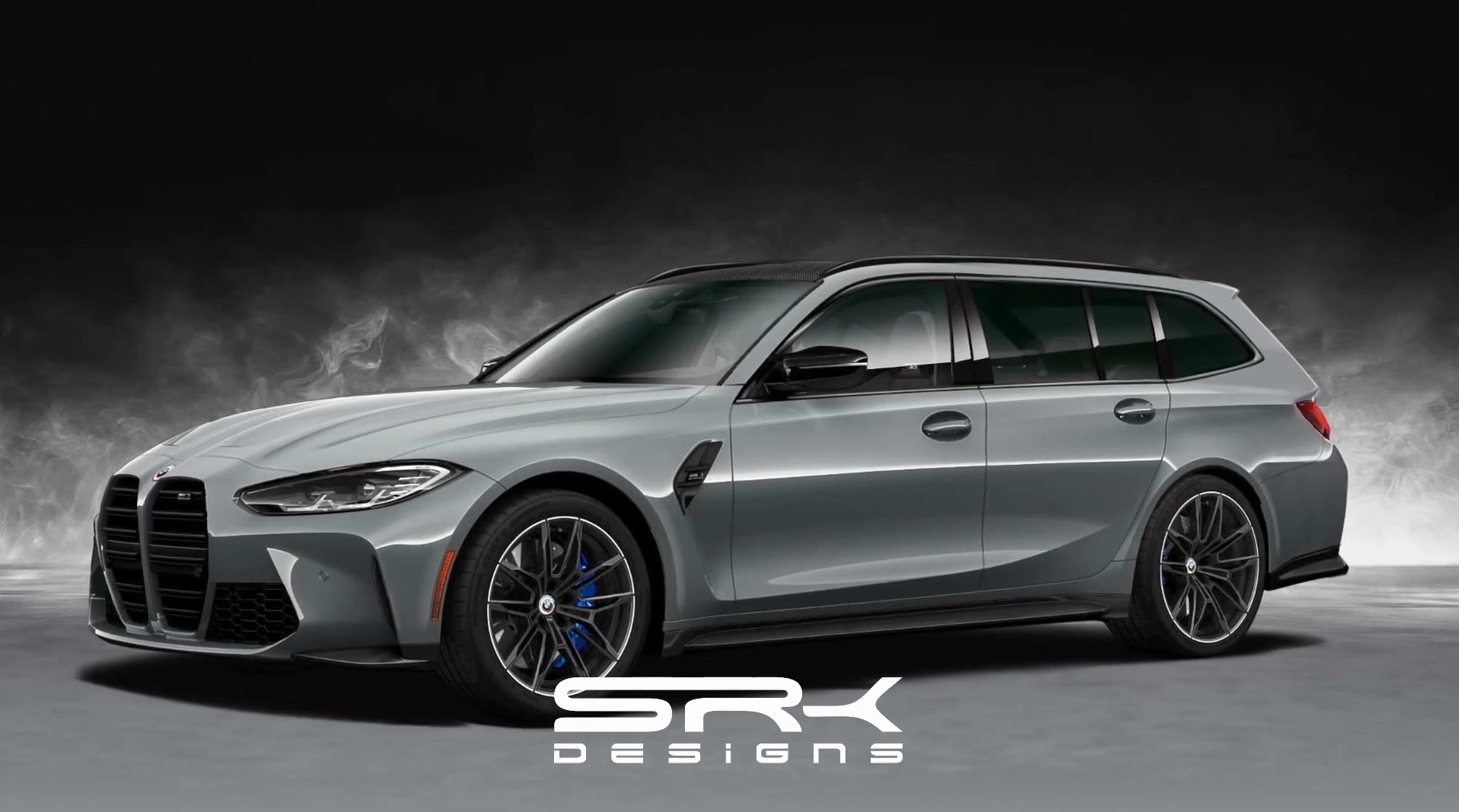 Well, that didn’t take too long. Shortly after fully revealing patent images of the M3 Touring escaped online, BMW’s super wagon has now been rendered. Being based on an officially trademarked design, the digital styling exercise is a faithful replica of the real thing. Decades in the making, the long-roof M3 will pick up where the E61 M5 Touring left off in 2010.

It will be the M division’s belated answer to the AMG C63 Estate and should be well worth the wait. It’s especially true since the three-pointed star will downsize to a hybrid four-cylinder engine. The M3 Touring G81 will have the familiar inline-six shared with the sedan and M4 Coupe. Specifically, the uprated variant of the S58 engine since BMW will sell the spicy wagon exclusively as a Competition model.

That’s not all too surprising since the AMG C63 will also be a 4Matic-only affair, much like the Quattro-equipped Audi RS4 Avant. The typical performance wagon buyer in Europe wants AWD, so it makes sense there’s no RWD option. Going Competition-only effectively means the M3 Touring will be offered only with an automatic gearbox.

Much like its sister models, the M3 Sedan and M4 Coupe / Convertible, the more practical of the lot will inherit the controversial grille. We’ve learned to live with it over the past couple of years, albeit we haven’t quite warmed up to the oversized kidneys just yet. In the same vein as the M340i Touring, the full-fat version will be a great do-it-all M car. However, neither are nor will be available in the United States.

With the 7 Series / i7 debuting in April and the M4 CSL a month later, chances are we’ll have to wait some more for the M3 Touring. The G81 is definitely earmarked for 2022, a busy year that also includes the M2 and XM debuts. These cars are expected to share the iDrive 8 infotainment, which will be used by all models in the coming years.

Since the M3 Touring coincides with the 3 Series LCI, it means it will have a relatively short life cycle. It’s too soon to say whether BMW will do another one, so this might be your first and only chance.