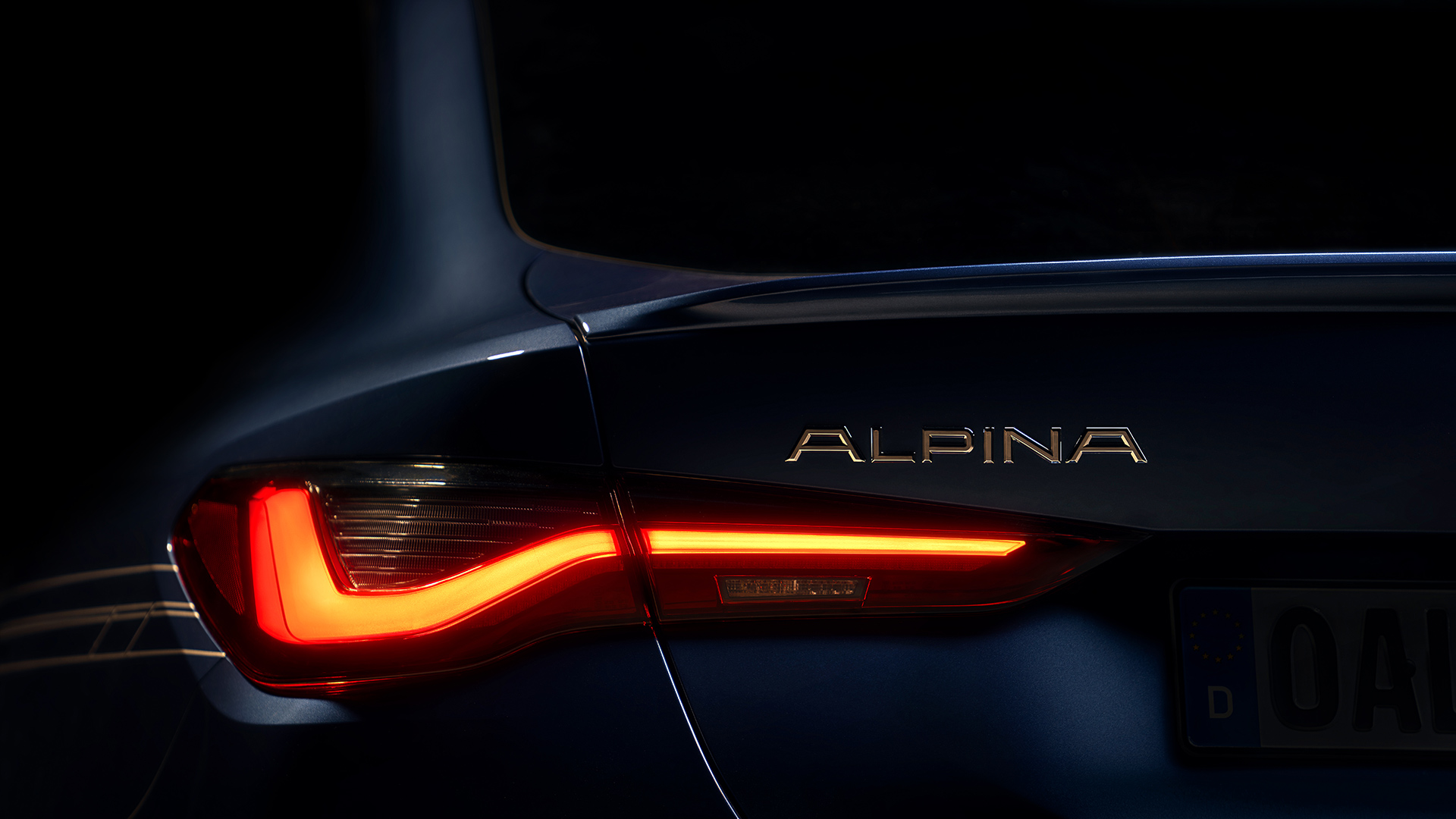 BMW has refrained from doing an M4 Gran Coupe, but at long last, ALPINA is preparing a substitute. The Buchloe company – and a future member of the BMW Group – has now released a teaser. Although the name of the model has not been revealed, the taillight shape gives away the car’s identity. A subtle spoiler lip lets everyone know it’s not a run-of-the-mill version, but the first-ever B4 Gran Coupe.

The iconic gold pinstripe running across the side of the vehicle is a typical ALPINA trait and harkens back to the 1980s. Adjust the image’s brightness and you’ll notice the license plate starts with “OAL” to signal the company’s home in the district of Ostallgäu. Save for the prominent badging on the left, that is all we can see for the time being. Expect the B4 Gran Coupe to get the elegant multi-spoke wheels and other subtle tweaks to mirror the bigger B8 Gran Coupe.

ALPINA Will Unveil The B4 Gran Coupe Soon

The B4 Gran Coupe will be identifiable thanks to a quad exhaust system as the BMW lacks this setup altogether. The love/hate front grille design is here to stay, while the bumpers will be discreetly modified in typical ALPINA fashion. Much like the B3 models, it’ll come exclusively with all-wheel drive and an eight-speed automatic transmission.

ALPINA will unveil the B4 Gran Coupe in the coming days as a step above the M440i, so watch this space for full details. It’s unclear whether an equivalent diesel-fueled D4 will follow and if a two-door coupe is on the agenda as well.