Note: Turn on YouTube’s Auto Translate function for captions in the desired language.

People with a soft spot for a performance 3 Series model are spoiled for choice given the sheer number of available versions. Should the M340i xDrive not be fast enough, customers can step up to the M3 or M3 Competition, with or without all-wheel drive. Further down the line, an even hotter M3 CS is likely on the way. Alternatively, Alpina will happily sell you its very own B3 in both sedan and wagon body styles.

Regarded by many as a classier and more subtle alternative to an M3, the high-performance sedan from Buchloe made the trip to Mendig, one of the lesser-known circuits in Germany. The journey was part of a recent test conducted by Auto Motor und Sport with professional race car driver Christian Menzel behind the wheel of the sports saloon.

While the M3 is geared more towards performance, the Alpina B3 has the difficult task of playing a double role by also being a comfortable cruiser when it’s not being pushed hard. The former DTM driver says the suspension gets a bit too bouncy when the car is tackling corners at high speeds, but the car becomes more enjoyable and playful with the dynamic stability control system turned off. 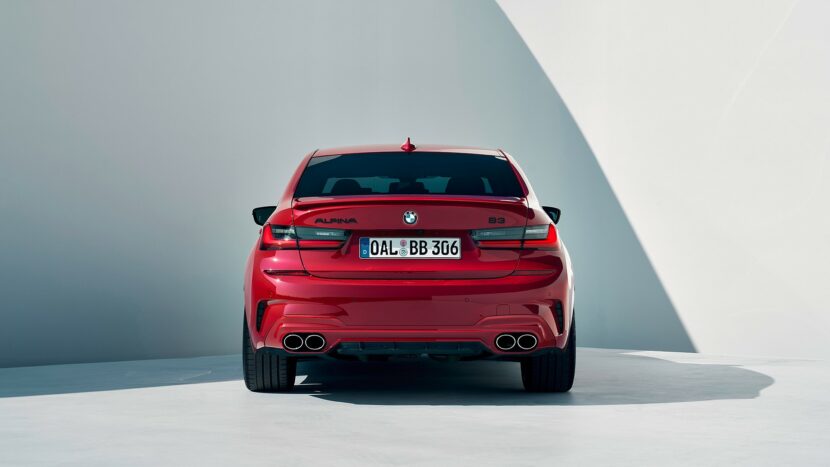 He goes on to criticize the B3 because of its fairly large steering wheel, although it’s not that bad as to ruin the experience. He mentions the car remains perfectly controllable at all times and an “absolute BMW” even after Alpina’s engineers have worked their magic. The pro driver points out it provides the confidence typical of an xDrive-equipped model.