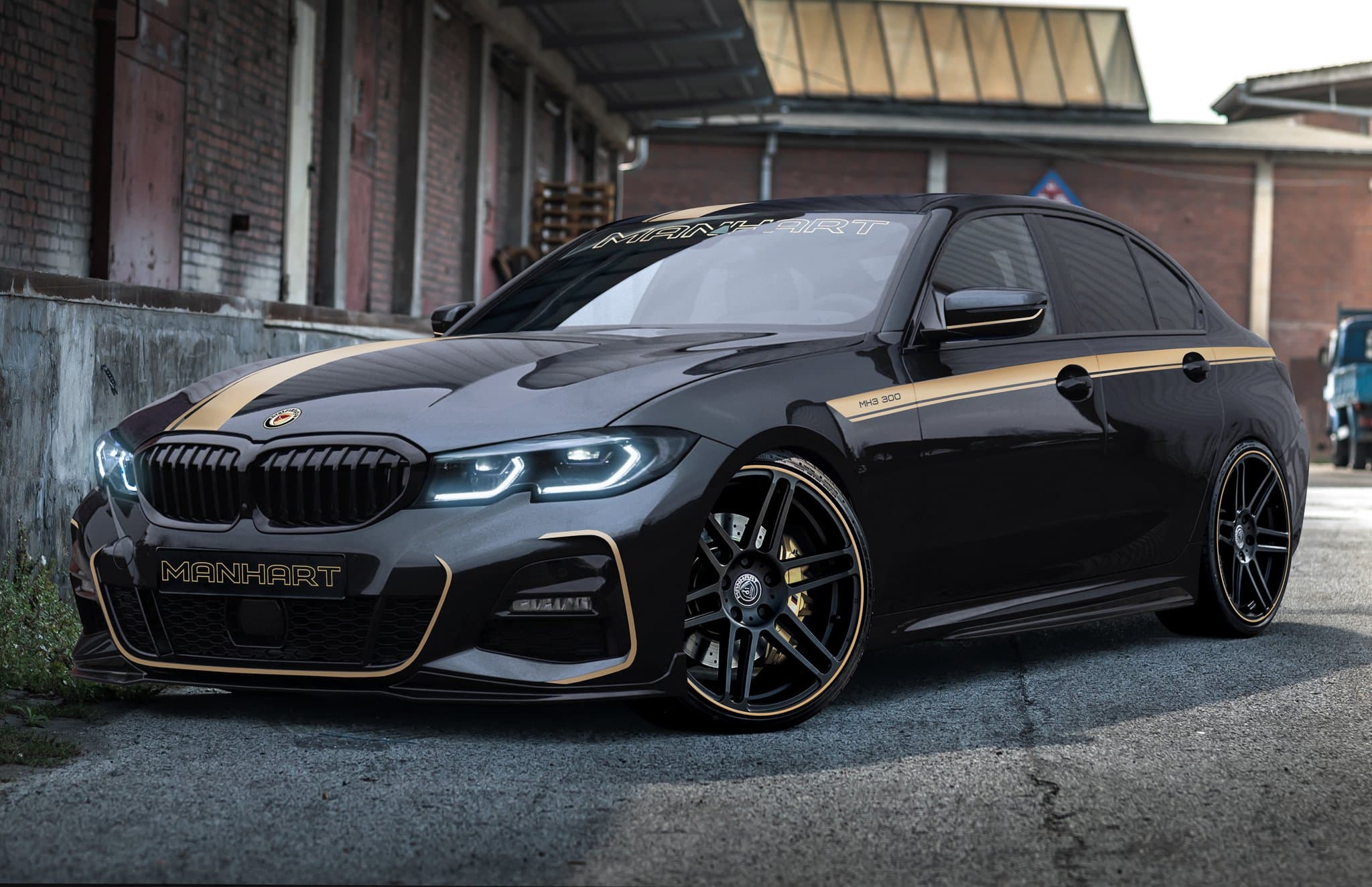 Manhart is at it again. After focusing on the M2 Competition, X5 M, and M8 in recent months, the German tuner is now turning its attention to a non-M car. They have an aftermarket kit for the 330i, shown here in M Sport guise with a black and gold livery. The sports sedan features an assortment of M Performance upgrades to go along with the company’s own custom bits.

The G20 3 Series rides on 20-inch Concave One wheels from Manhart, which has also added carbon fiber exhaust tips. The 1980s decals are a signature design trait, and they’ve matched them with the gold brake calipers hiding behind the all-black alloys. We can easily see the 330i has been brought closer to the road courtesy of H&R suspension lowering springs. 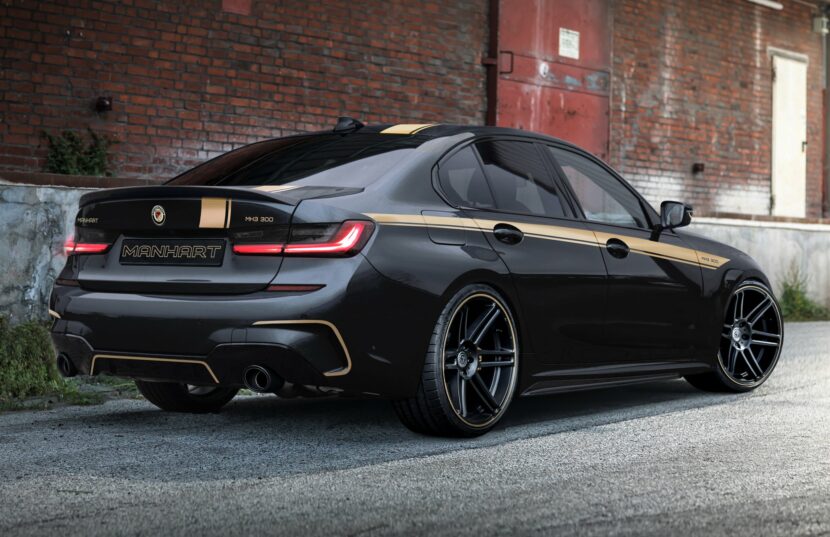 You can rest assured there will be even more potent builds, especially since BMW is rumored to be working on an M3 CS. The special-edition model is expected to arrive in 2023 following the M3 Touring’s debut later this year.