Potential 2023 BMW M3 CS Stalked From Behind On The Autobahn

With the M3 Touring and M4 CSL coming out later this year, it’s easy to forget an M3 CS is also in the works. Our sources have told us it will be out in 2023, so in the meantime, BMW is out testing prototypes. Could this be one of them? We’re not entirely sure because there don’t seem to be any immediately visible changes.

On the other hand, why is there still camouflage on a regular M3 since the debut occurred in September 2020? Shot by Automotive Mike, the vehicle appears to be a Competition-spec car, with or without xDrive. BMW might very well be testing some components, so not necessarily a new version of the sports sedan. If this is an early sighting of the M3 CS, the test vehicle could be packing a bit more oomph.

From what we’ve heard, the more potent sedan will come exclusively with an automatic transmission and AWD, much like the aforementioned M3 Touring. Like the M3 CS and M5 CS before it, expect production to be limited. The inline-six’s power should be bumped to anywhere between the Competition’s 510 hp to whatever the M4 CSL will pack. 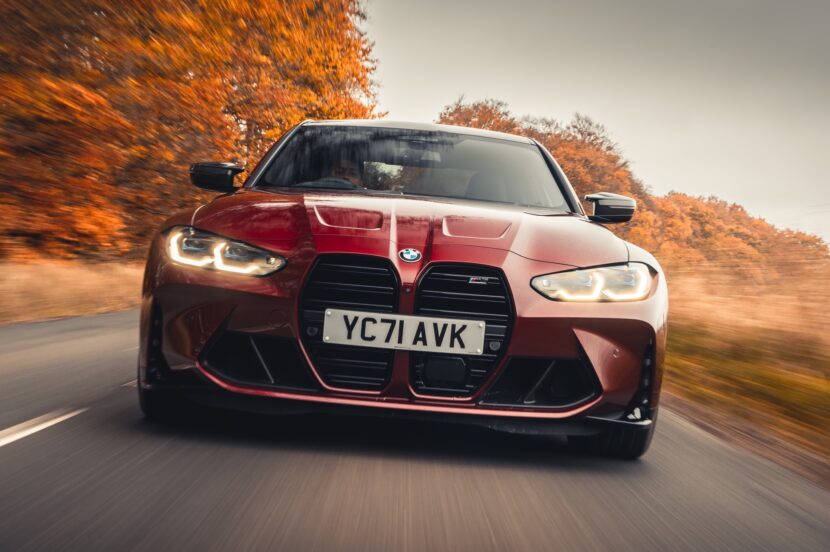 Variety Is The Spice Of Life

BMW is allegedly cooking up an M4 CS as well, with both new derivatives to lose some weight but not as drastic as the CSL’s draconian diet. As for pricing, prepare to pony up a premium over the M3 Competition, which costs from $77,100 in xDrive guise. Logic tells us the amped-up sedan will be based on the facelifted version, and so will the M3 Touring.

It’s not the first disguised M3 to be spied following the G80’s debut nearly a year and a half ago. The latest footage might be further evidence BMW is up to something. Time will tell whether a CS will be added in the latter half of the 3 Series’ life cycle, but it does seem the lineup will be expanded.