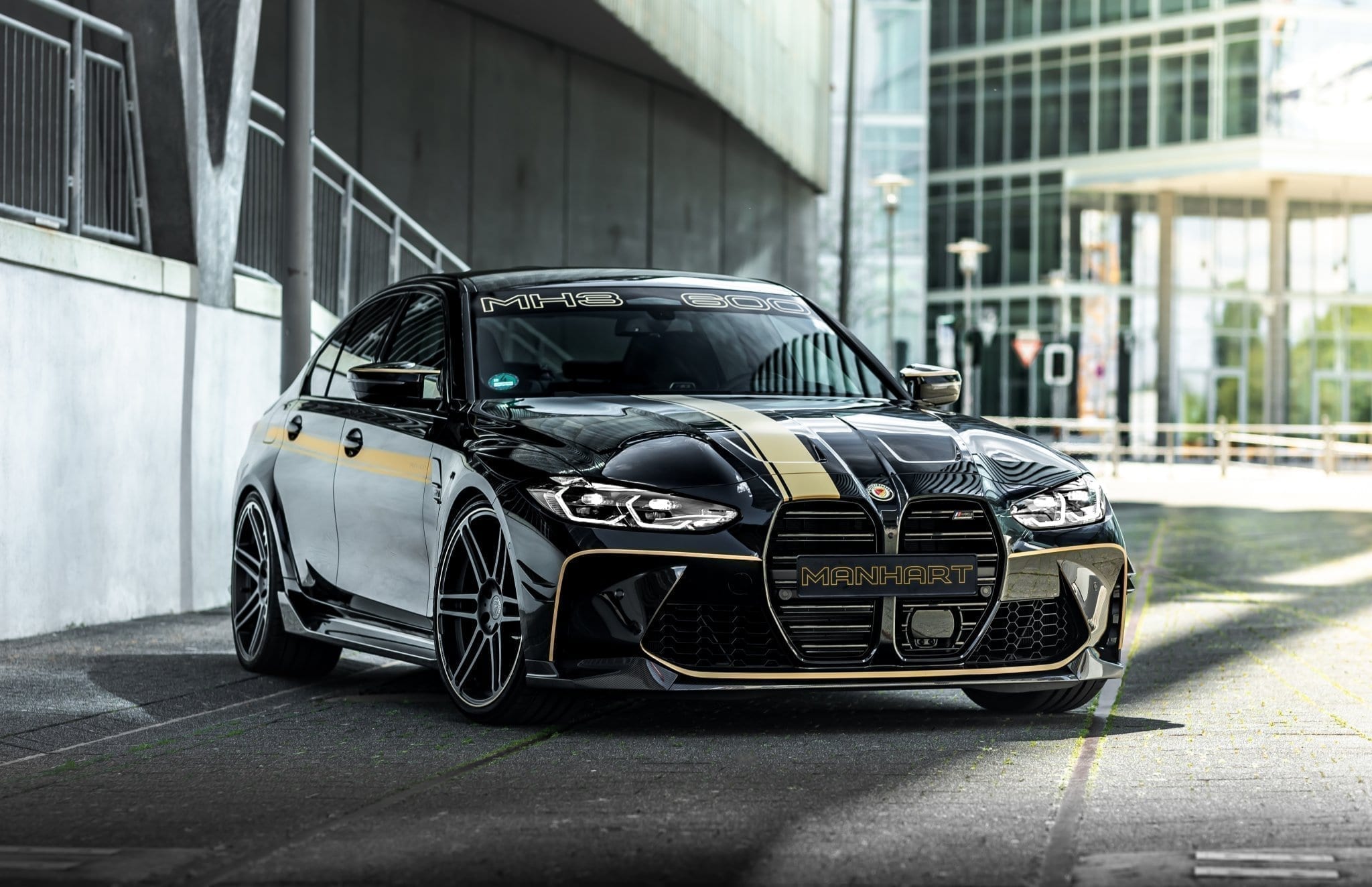 BMW M5 CS is currently the most powerful series model from Munich. But today, German tuning shop MANHART promises an equivalent power output in their new project. The MANHART MH3 600 is based on the new G80 M3 delivering 635 horsepower and 780 Nm of torque. In standard form, the G80 M3 Competition uses an S58 TwinTurbo six-cylinder engine with 510 horsepower and 650 Nm of torque. The extra boost comes from the MHtronik powerbox.

With this upgrade, the MANHART MH3 600 sprints to 200 km/h in less than 10.5 seconds and also reaches the 250 km/h mark after just under 17 seconds. This is four seconds faster than the stock M3 Competition! The intermediate sprint from 100 to 200 km/h is completed in just 6.42 seconds. 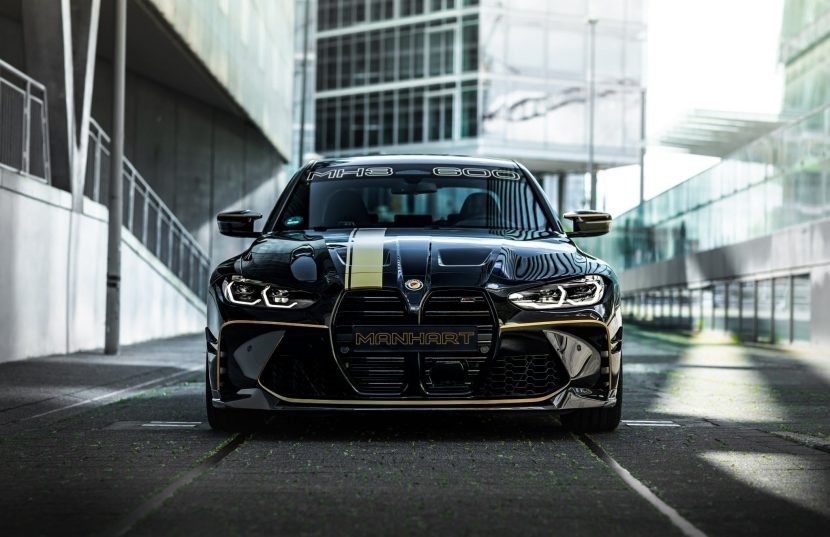 Along with the ECU tuning, Manhart installed a stainless steel rear silencer with valve control function and four 100-millimeter tailpipes, which can be either carbon or ceramic-coated. Optionally available are MANHART Race downpipes, without catalytic converters as well as MANHART OPF-Delete replacement pipes, with 200-cell HJS catalytic converters – both, however, without TÜV approval and thus only for export. 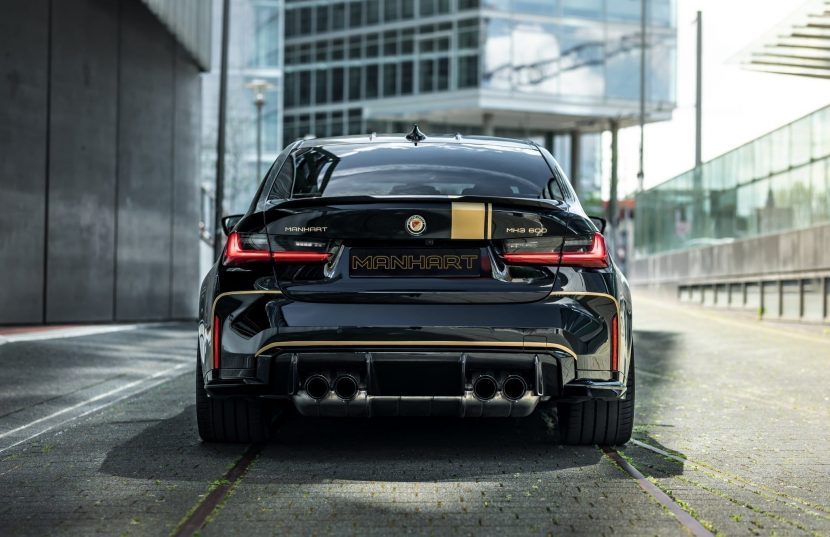 Other upgrades include H&R springs, which lower the front axle by 30 millimeters and the rear axle by 10 millimeters. If you wanna go for a sportier drive, MANHART Variant 4 coilover suspension by KW Suspensions are also available. The MH3 600 sits on 21 inch forged MANHART Concave One wheels – optionally in satin black with gold or completely in gold. The tire setup is rotate 255/30ZR21 and at the rear 295/25ZR21. MANHART also offers upgrades for the brake system.