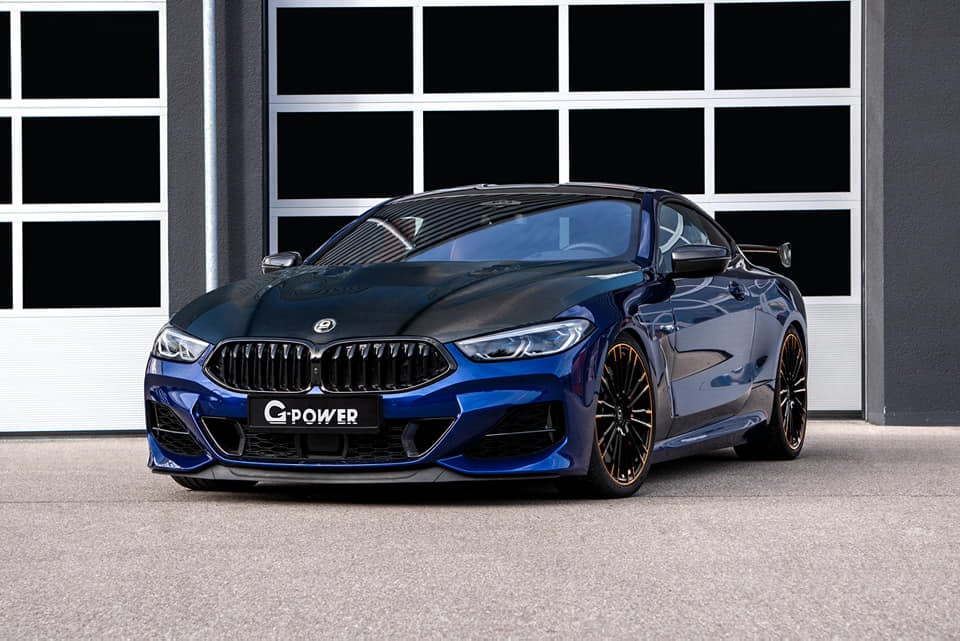 The BMW M850i is regarded by many as a better choice in the 8 Series range than the full-on M8 alternative. What’s not to like about it, after all, as it embodies recipe that BMW was working on for years, back in the late ’80s, with the E31-generation 8 Series. It’s a luxurious, effortlessly powerful, two-door coupe, with a massive V8 engine under the hood and all-wheel drive, to put all that muscle down. However, for some, the standard power levels might not be enough.

Fret not though, as there’s more performance to be squeezed out of it still. Tuners like G-Power are masters at it and they created a kit for it that’s bound to transform the M850i into a proper Autobahn-stormer. Their offering for the 4.4-liter twin-turbo V8 is split into two categories: Stage 1 and Stage 2. The former is basically a software upgrade for the ECU that takes the power output from the 530 horsepower and 750 Nm (553 lb-ft) of torque the car usually makes to 620 horsepower and 850 Nm (627 lb-ft) of torque. 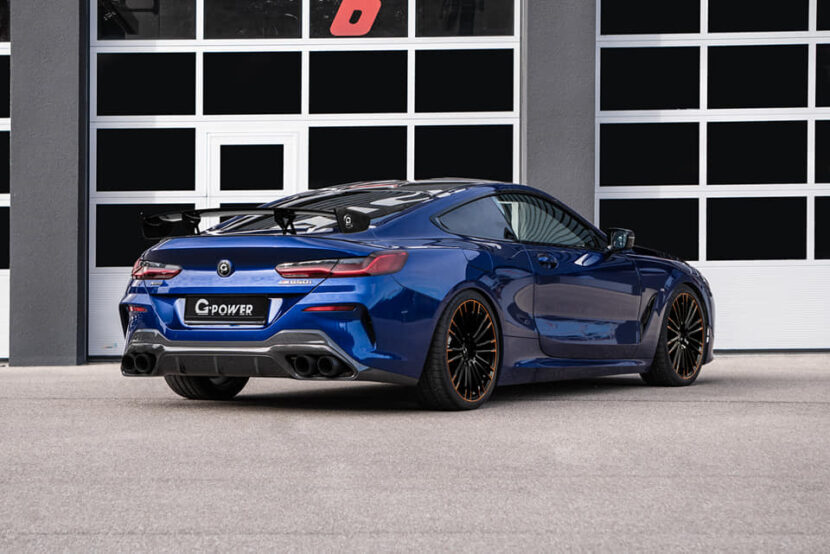 Those numbers are already edging on the heels of cars like the BMW M8 Competition, since we’re talking about which is a better buy. G-Power isn’t offering any acceleration figures for this upgrade but, rest assured, it’s a fast combination. Then there’s the Stage 2 upgrade, that involves changing the downpipes too, taking things to a total power output of 670 horsepower and 900 Nm (663 lb-ft) of torque. We’re already past anything BMW ever made in terms of power output.

With that kind of grunt at its disposal, the G-Power upgraded M850i can also have its top speed cap removed, going from 250 km/h to 330 km/h. Of course, the G-Power range includes optional 21″ Hurricane RS and RR forged wheels, just like you can see in the pictures below. The car pictured here also has a massive GP-Dynamic carbon wing at the back, a GP-Venturi carbon bonnet as well as adjustable coil-over springs. 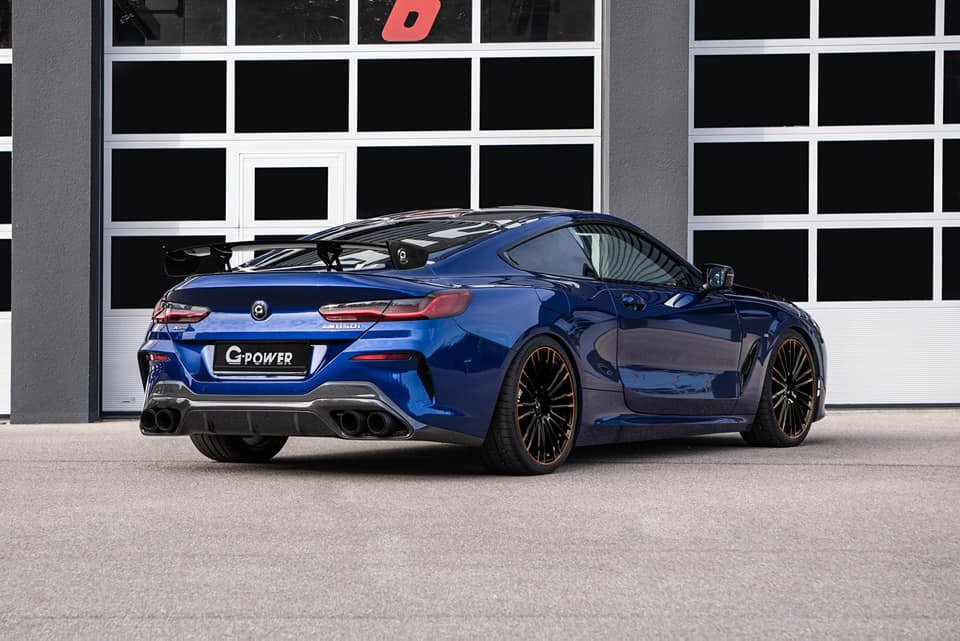 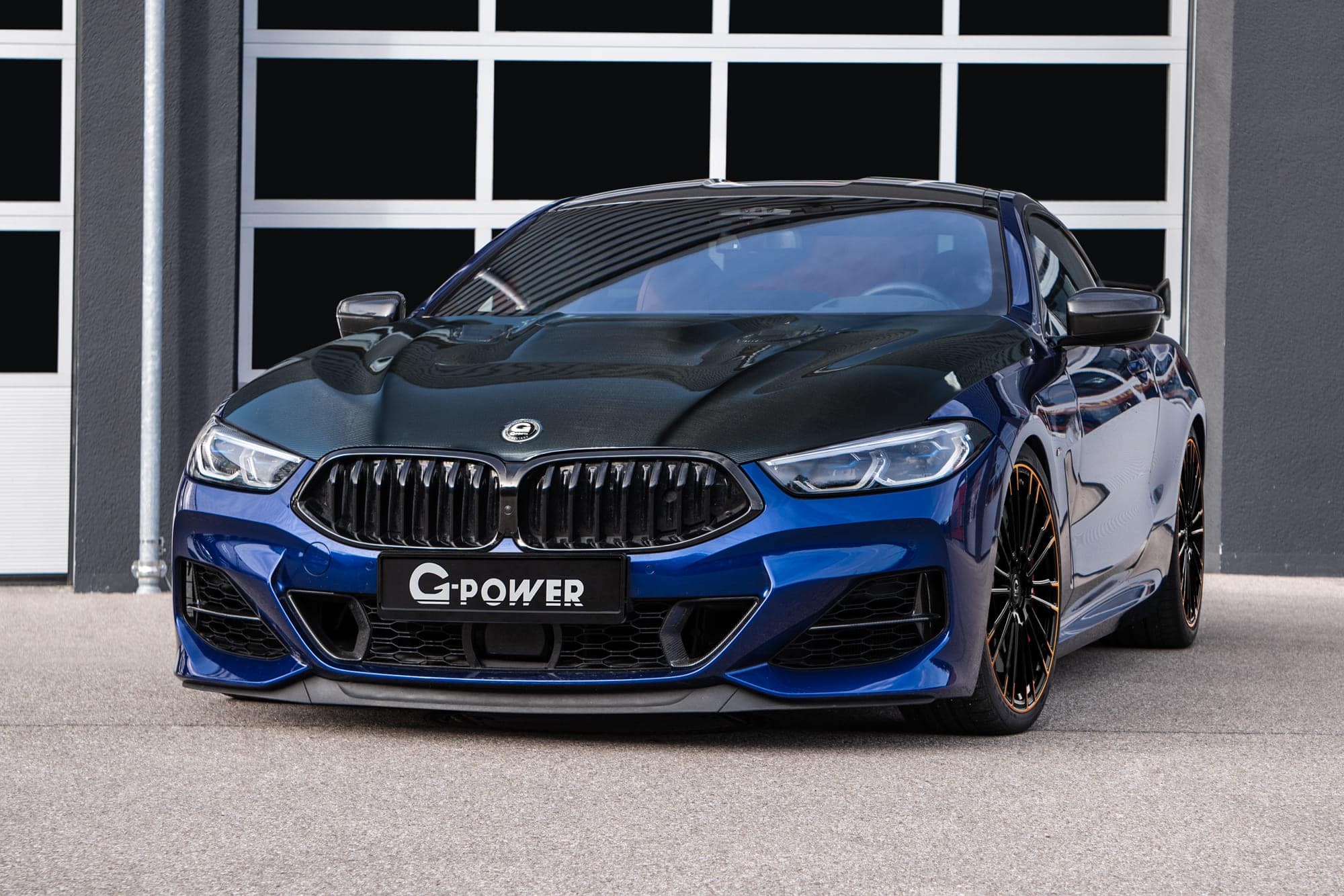 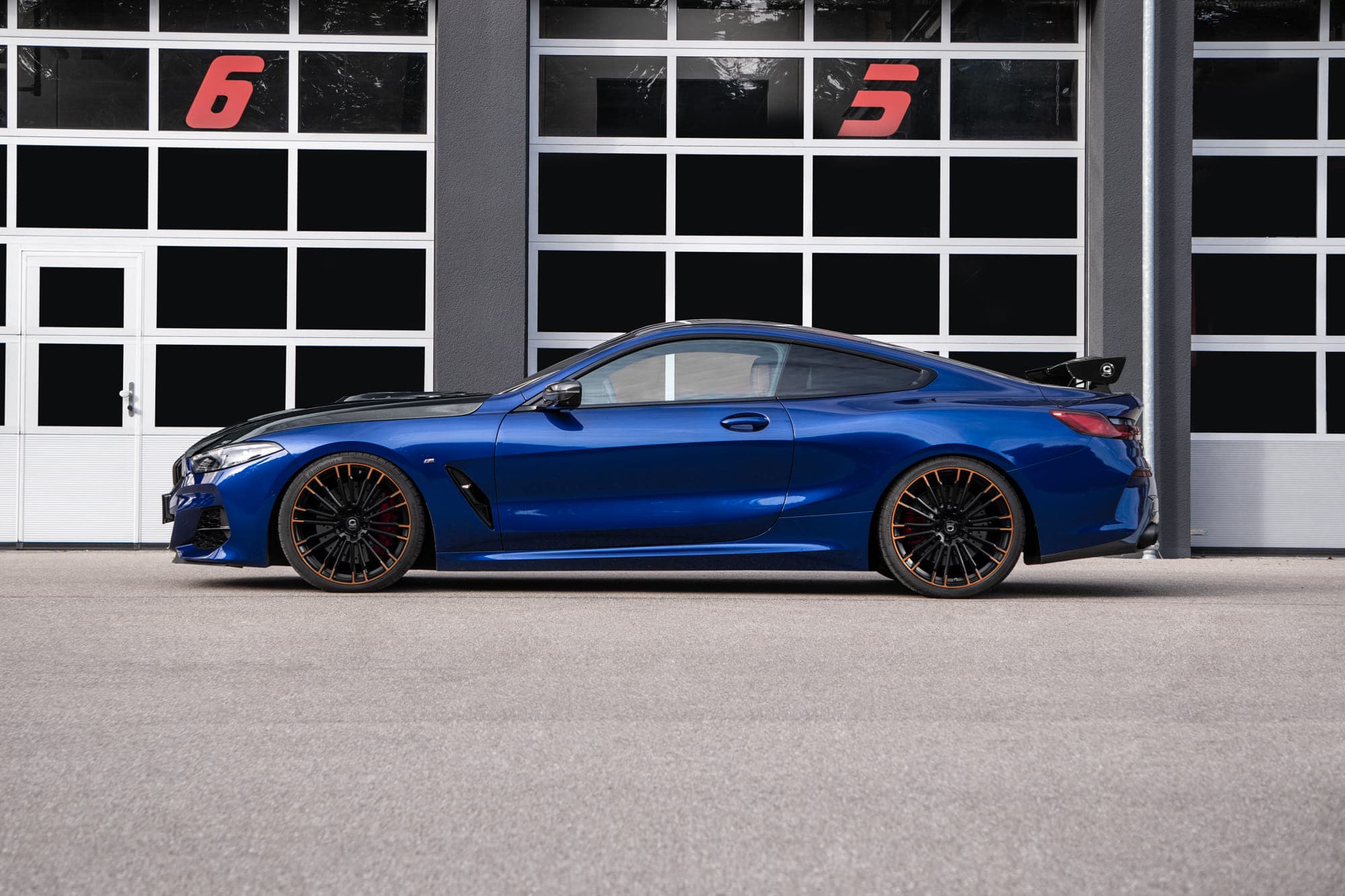