The BMW iX M60 was finally revealed today and it comes with more power than any other electric car BMW has ever put together. It has all sorts of accolades around its name too, from being the first electric SUV to wear the M badge on the boot, to the title of the fastest EV the Bavarian brand ever made. So it looks like there’s a lot riding on the success of this car. In all fairness, the specs are impressive.

With an acceleration time of 3.6 seconds to 60 mph, this massive SUV should give cars like the the BMW M3 Competition a run for its money. The instant torque will definitely prove useful when trying to move such a big heavy car around, as will the all-wheel drive system. The iX M60 has 2 electric motors on board, one for each axle. They can deliver up to 610 HP and 811 lb-ft (1,100 Nm) of torque. That last figure really puts things into perspective, as the most powerful internal combustion engine ever made by BMW doesn’t even come close. 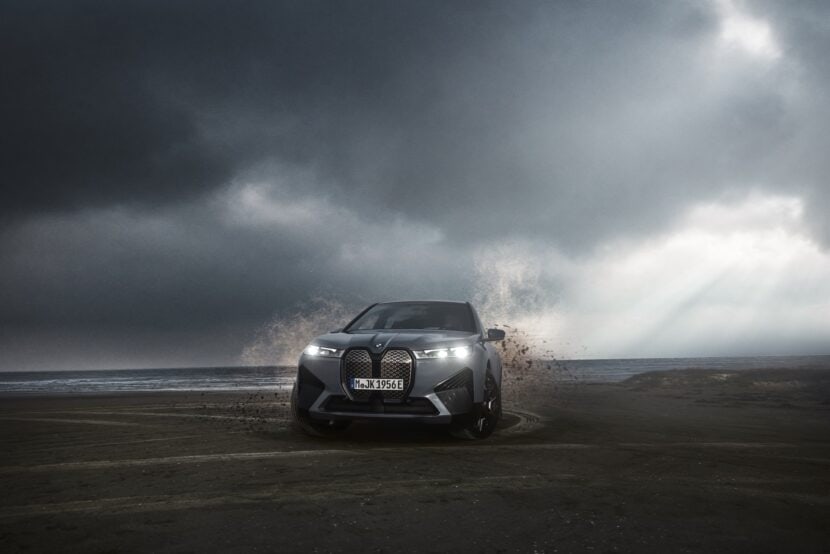 However, there’s a catch here. Those are the peak power numbers. According to BMW, they are available only for short bursts, as we’ve seen on other electric cars so far. To be more precise, they become available when Launch Control is enabled. Otherwise, the iX M60 has to rely on 532 HP and 749 lb-ft (1,016 Nm) of torque. I think most people will manage even so. All jokes aside, the video below shows how such a launch would feel.

You also get to check out yet another upgrade the M60 brings compared to the xDrive50 model: its top speed. It may not matter to most of us, having to deal with 75 mph highway speeds at most, but for the German customer, being able to go over 124 mph (which is the top speed of the xDrive50) is an important topic. In this case, we’re happy to report the BMW iX M60 is capable of reaching an electronically-limited top speed of 155 mph.