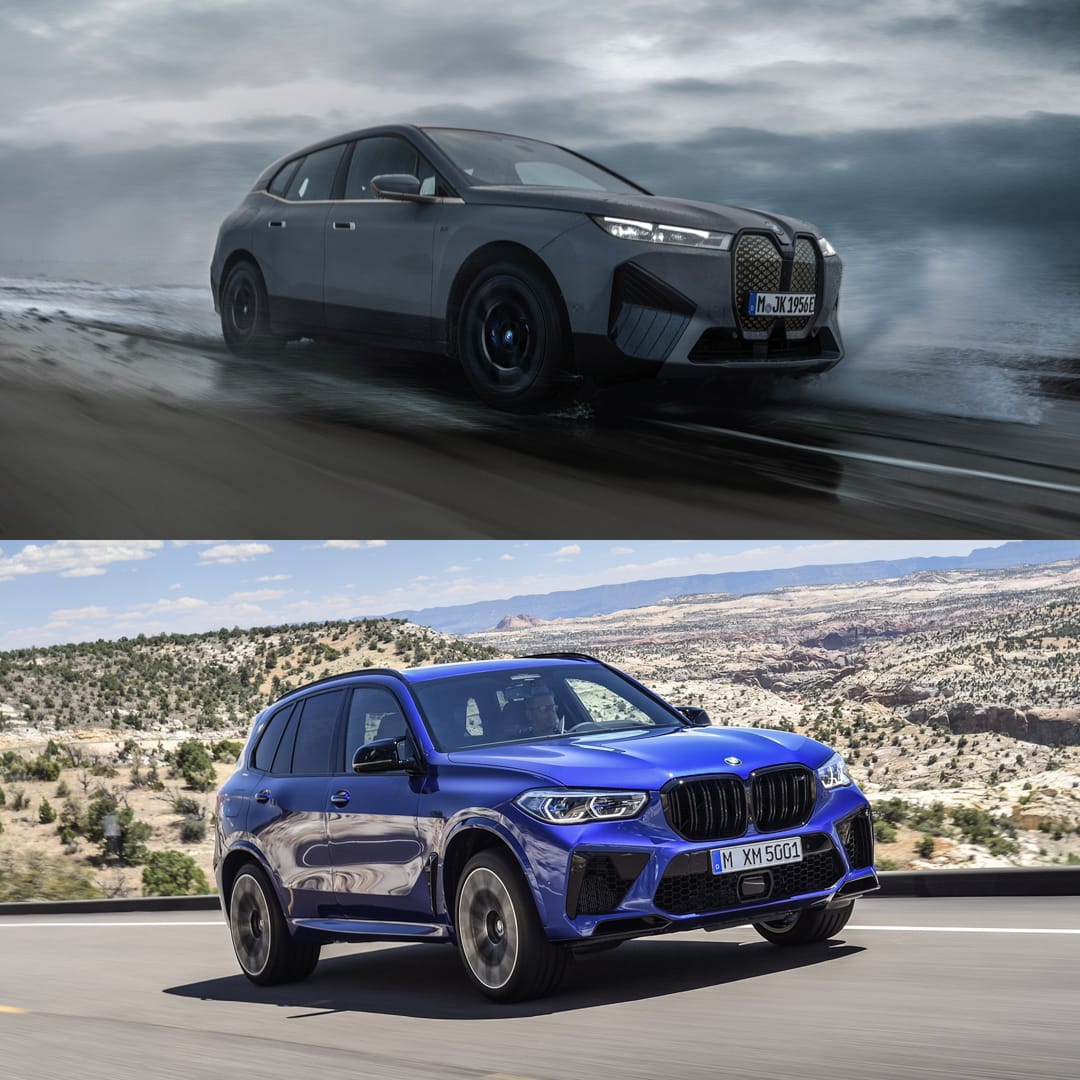 Now that the BMW iX M60 is here, the Bavarians now offer two performance SUVs of similar size, similar price, and similar performance; both the iX M60 and the BMW X5 M. The two might be similar on the spec sheet but, in reality, the two SUVs couldn’t be more different. One is entirely electric, while the other uses an old-school V8. One is built on a bespoke electric architecture, and the other shares its platform with many other BMWs. Most importantly, for the sake of this article, one looks like a funky, high-tech, futuristic SUV, while the other looks like a traditional BMW.

Let’s face it, looks are going to play a huge factor in whether customers buy the BMW iX M60 or the BMW X5 M. Price won’t be too much of a factor, as both have around  the same $105,000 starting price. Power and performance won’t really be a factor either, as the iX M makes 610 horsepower and the BMW X5 M Competition makes 617 horsepower and both cars hit 60 mph in the mid-three-second range.

So powertrain type and design will be the two biggest decision making factors. Though, because we can’t speak of powertrain feel, as we haven’t driven the iX M60 yet, we can speak of their designs. So let’s take a look at how each car looks and see which is best. 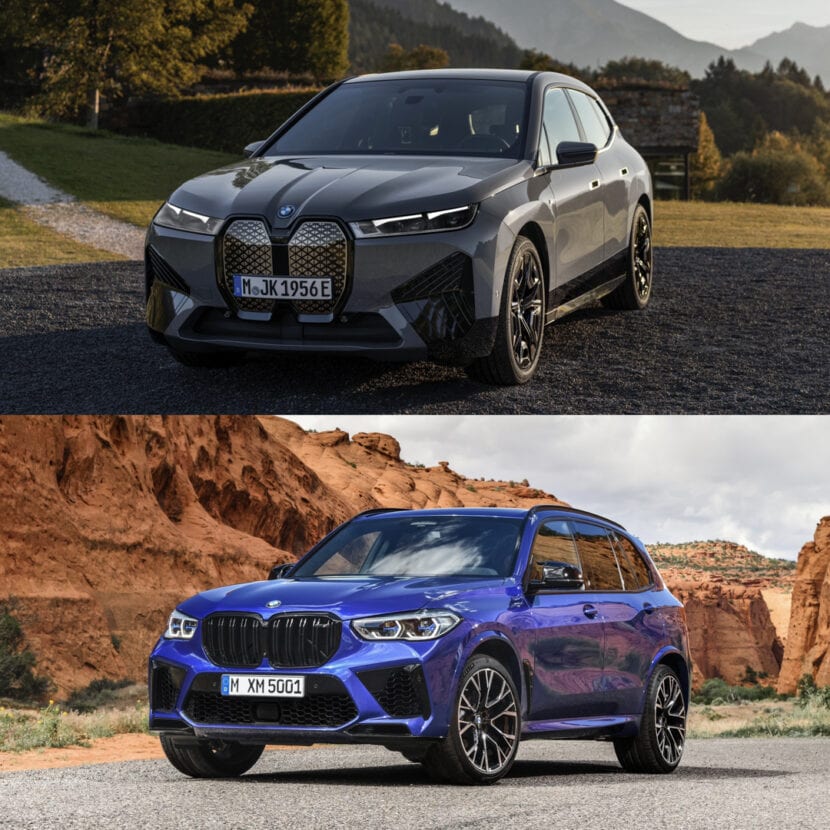 There’s no question that the BMW iX M60’s toothy front grille will turn some customers off. If our comments section is anything to go by, the front-end of the BMW iX is one of the great atrocities of the 20th and 21st centuries. While the BMW X5 M has a far more traditional front end that’s far more universally loved. I actually don’t mind the iX, it’s the only giant grilled-Bimmer that I don’t hate the look of, but I still prefer the X5 M myself.

I think the iX has some interesting ideas, such as the sensor panels in the grille, the self-healing grille material, the sleek headlights, and even the washer fluid filler cap under the BMW Roundel. But the grille is just a bit too off-putting. While the X5 M is just a classically handsome BMW with aggressive styling befitting an M car. 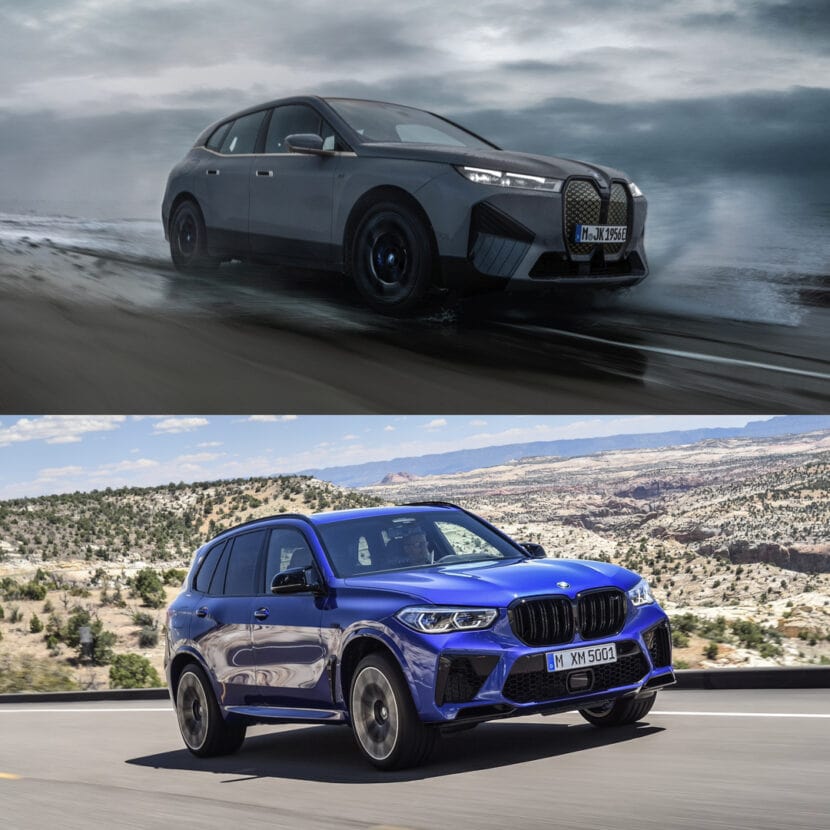 I think the BMW iX fights back here and I know there will be some argument from commenters. The BMW iX’s proportions are really good; with a sporty but not overly dramatic roofline, gently flared wheel arches, tall windows, and short overhangs.

While the X5 M looks good from the side, it’s sort of typical and boring, whereas the BMW iX looks funky and new. The iX’s D-pillar is reminiscent of the BMW i3, showing of its electric heritage, its flush door handles look sleek, its squared-off fender flares are cool, and the chunky wheels fill their arches well. The X5 M will blend in with a sea of BMW SUVs but the iX M60 will stand out and, for that, it wins the profile test. 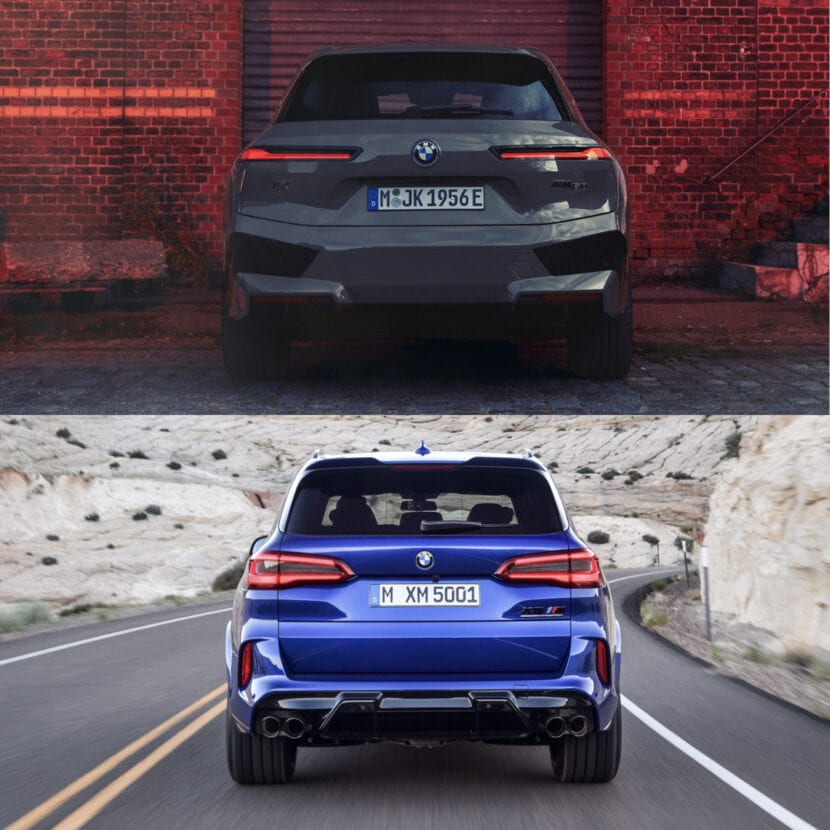 Call me heretical but I actually like the BMW iX M60 from the back better than the X5 M, for the same reasons as with their profiles. The BMW X5 M is a fine looking car from the back, with inoffensive styling and a few little M Division touches. However, the BMW iX M60 is fresh and new looking from behind. Its slim taillights, lovely muscular rear haunches, and rear bumper flares that sort of mimic where exhausts tips used to sit under. It looks sporty, despite not having rear exhausts or a rear diffuser. The X5 M is cool but, without the quad exhausts, it looks like every other BMW SUV on the road.

Inside: Sporty vs Luxury 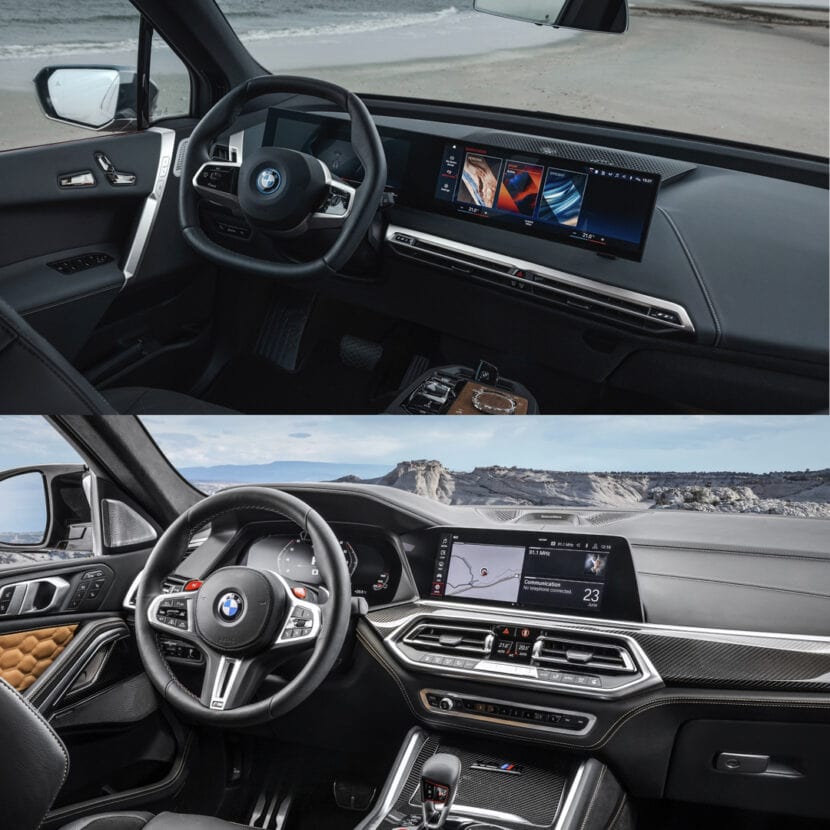 The biggest complain about the BMW iX M60’s design is its interior. Despite being the M Performance version, there’s literally nothing that differentiates it from its standard siblings. Its seats are the same, its steering wheel is the same, the dash is the same, and its door panel design is the same. It’s identical. However, it’s still miles more interesting looking than the X5 M’s cookie-cutter BMW cabin and it’s both more luxurious and made with better materials.

Though, if you want a sporty looking interior, the X5 M has it all over the iX M60. The X5 M’s cabin features carbon fiber trim, red stitching, a sportier steering wheel, and — most importantly — completely new seats. The thrones in the X5 M are thick, supportive, heavily bolstered, and nicely styled. While the iX’s seats are lovely, they don’t have the lateral support or sporty style of the X5 M. While I think the iX M60’s interior is better looking, I think one of the points of owning a performance SUV is to feel sporty while inside and the X5 M does that better, so it wins the interior test.

After all is said and done, I like the look of the BMW iX M60 better but I can easily see why someone might prefer the X5 M. The iX M60 is quieter, simpler, sleeker, and more modern, while the X5 M is shoutier, more aggressive, and also more traditional. So if you prefer more modern looking, minimalist-looking cars, the iX M60 is for you but if more traditional looking, sportier cars are more you style, the X5 M is the one. 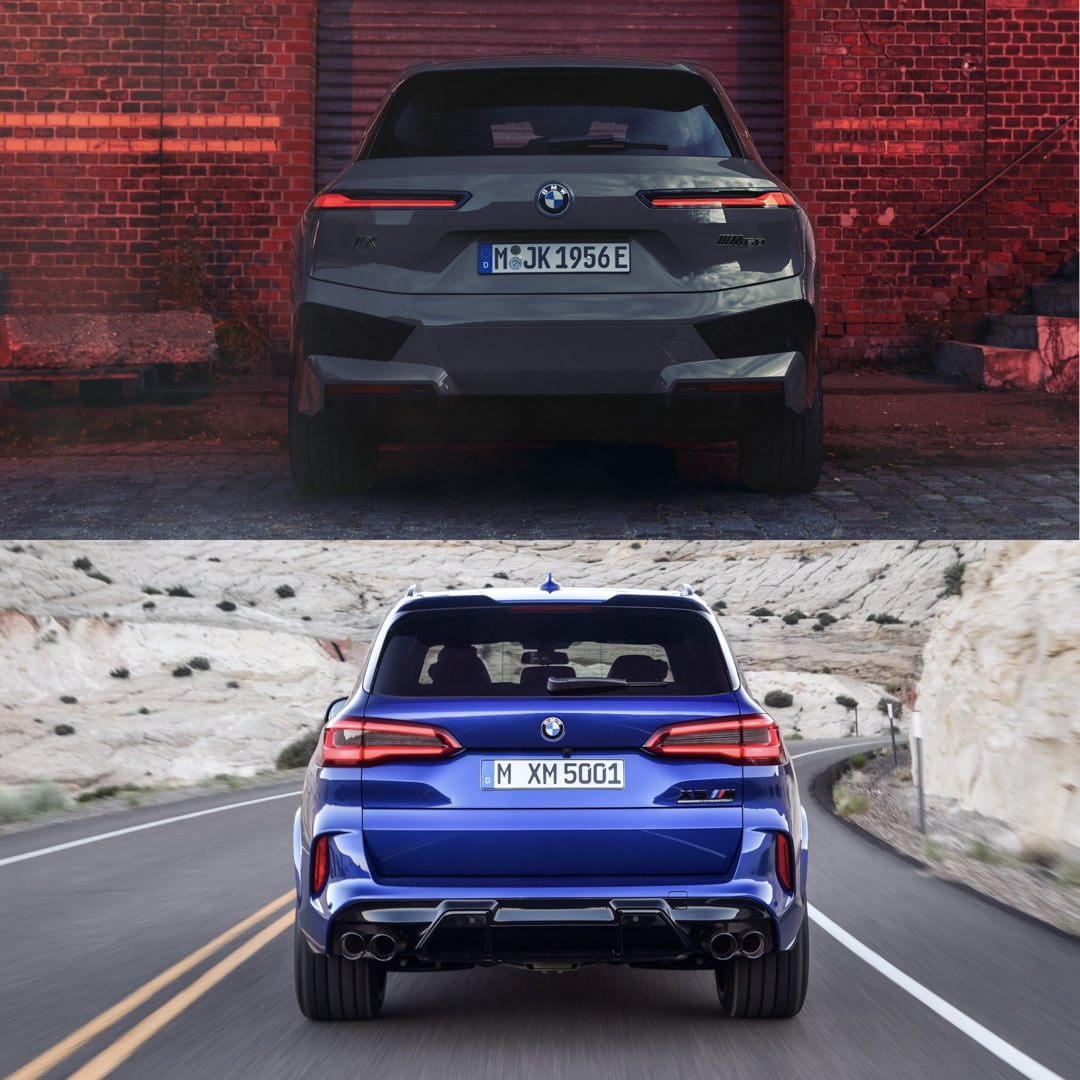 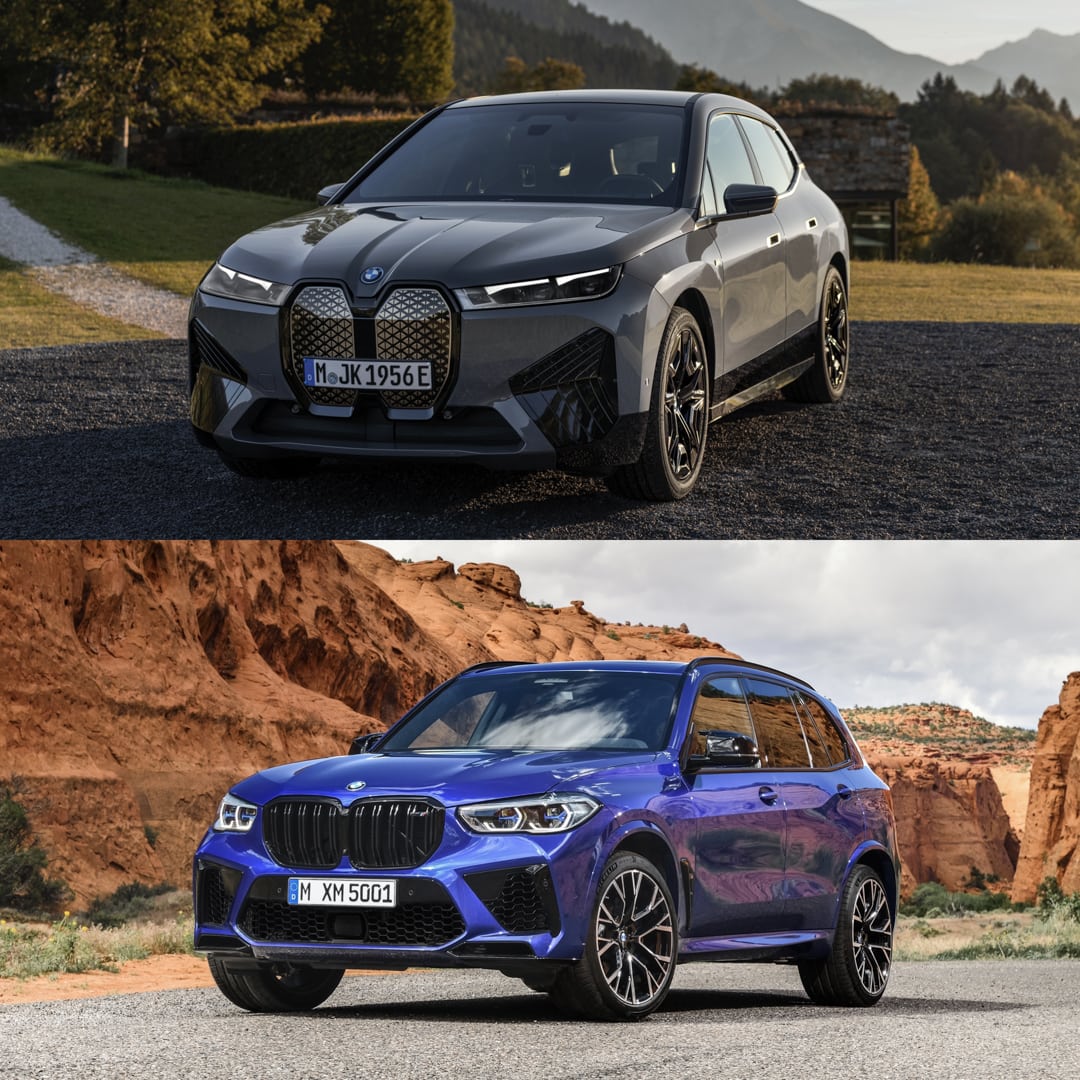 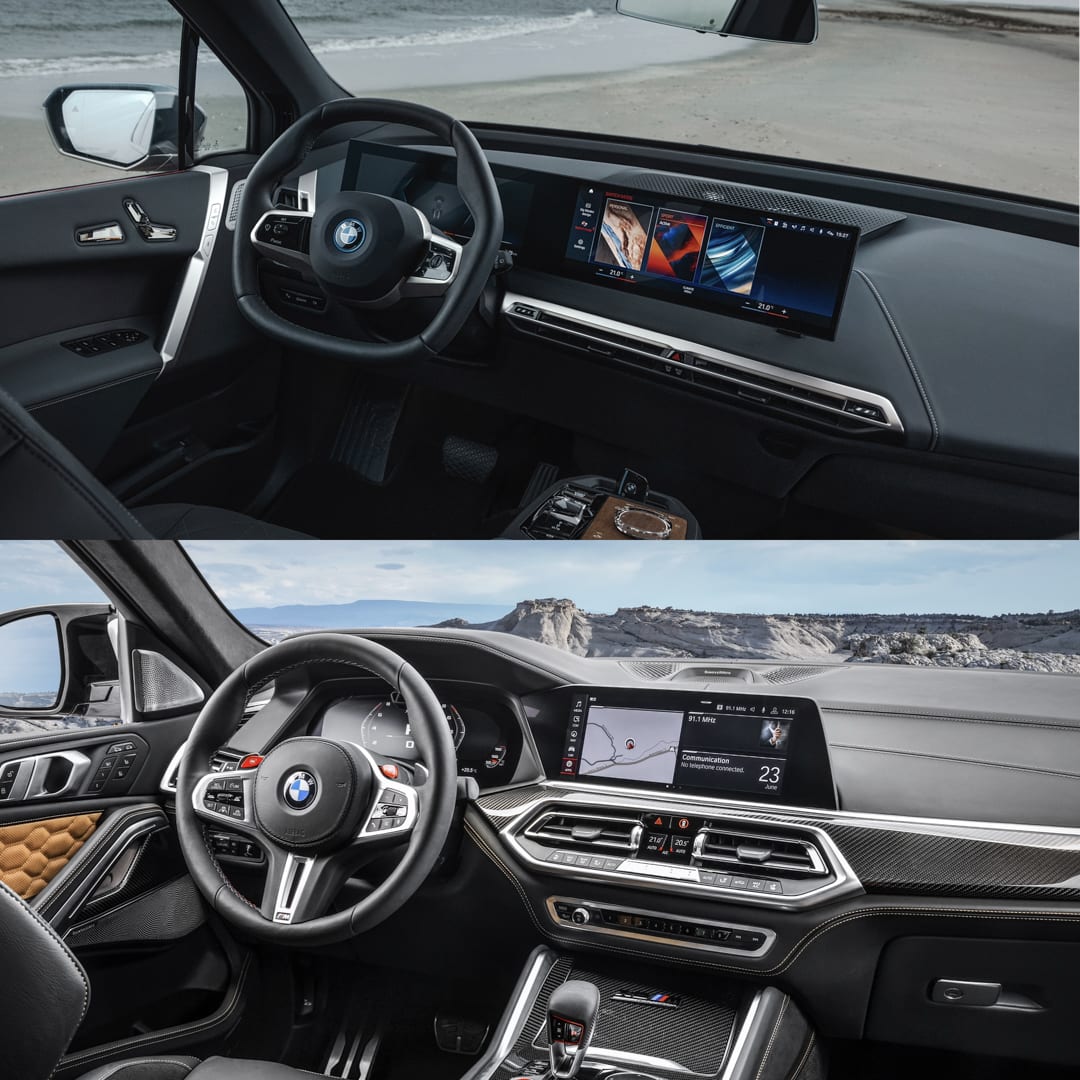