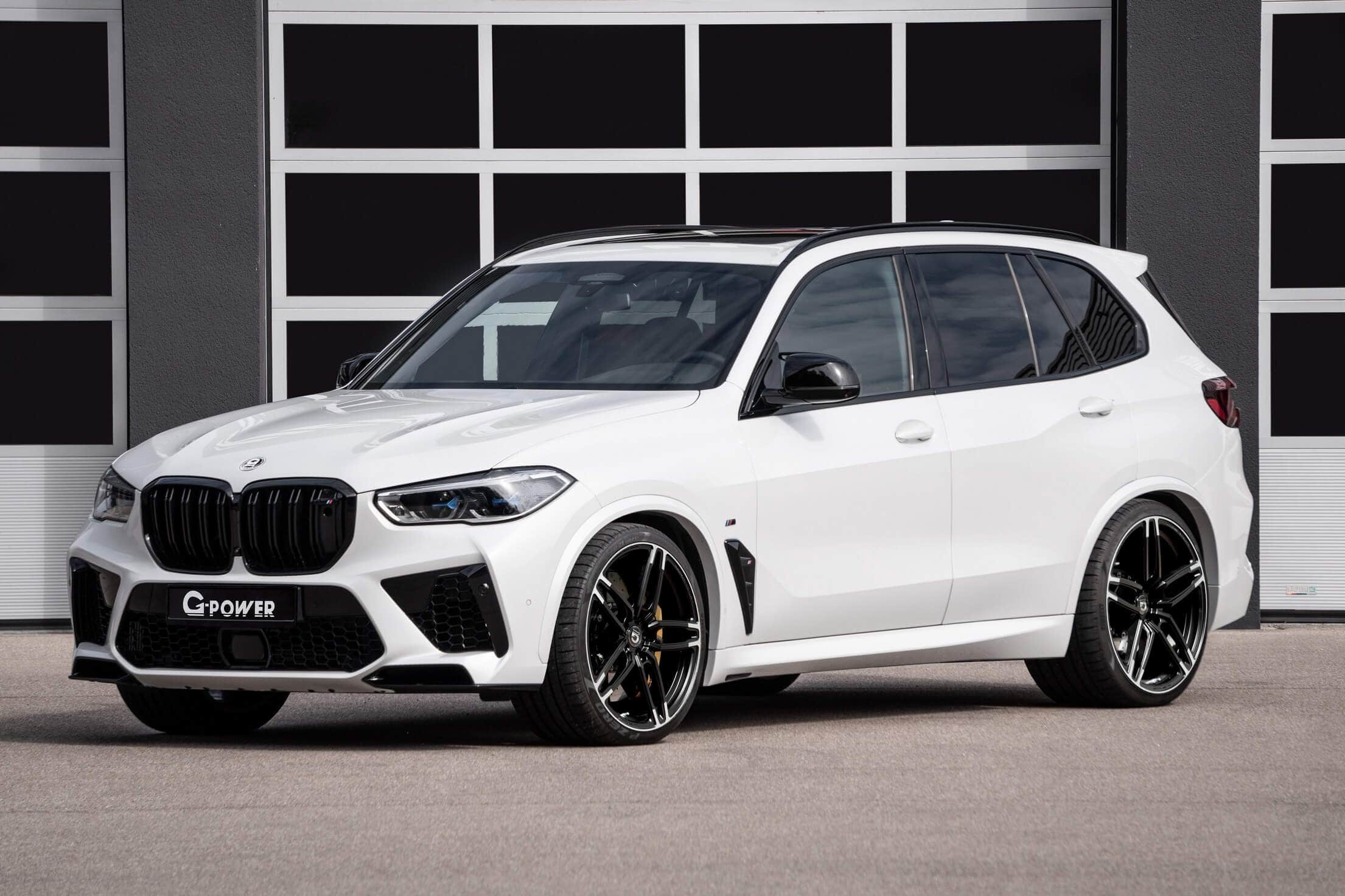 Criticize the BMW X5 M all you want, but the high-performance SUV certainly isn’t lacking when it comes to power. It wasn’t that many years ago when only supercars were able to smash the 600-horsepower barrier, but here we are, with the Competition version producing a monstrous 617 hp. Should that not be enough, G-Power will happily take the twin-turbo V8 even further for those with an insatiable thirst for power.

The German tuner with experience of nearly 40 years has worked its magic on the ubiquitous 4.4-liter unit to push the horsepower count to 700 hp while torque grows to 850 Newton-meters (625 pound-feet) courtesy of a software upgrade. Should that still not be enough, G-Power can also throw in some hardware tweaks, including a sports exhaust system, to unlock an extra 50 hp and 50 Nm.

For those willing to go all out, a custom pair of turbochargers add even more oomph and take the S63 engine to 800 hp and a mountain-moving 950 Nm (700 lb-ft). Performance figures have not been released, but it’s safe to say the speedy SUV is much quicker than a standard BMW X5 M Competition with its sprint time from a standing start to 60 mph of 3.7 seconds. 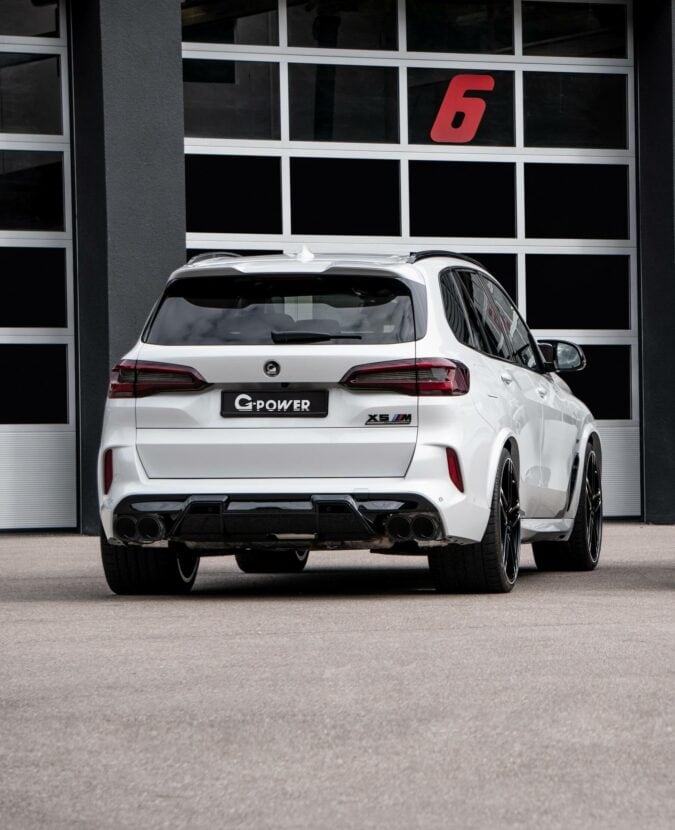 G-Power, which recently gave the latest-generation M3 and M4 a massive 700 hp for a top speed of 205 mph, can also fit the SUV with a set of 23-inch forged wheels in different styles. Otherwise, the vehicle looks stock, save for the partially orange engine cover and the badge on the center console lid denoting this isn’t your typical X5 M Competition.

The aftermarket specialist usually keeps things on a subtle level in terms of cosmetic changes, albeit the new exhaust delivers a deeper tone that betrays its identity. That’s especially true in these times where gasoline particulate filters have become the norm in Europe, with performance vehicles of all kinds losing some of the aggressiveness by generating muted exhaust sounds. 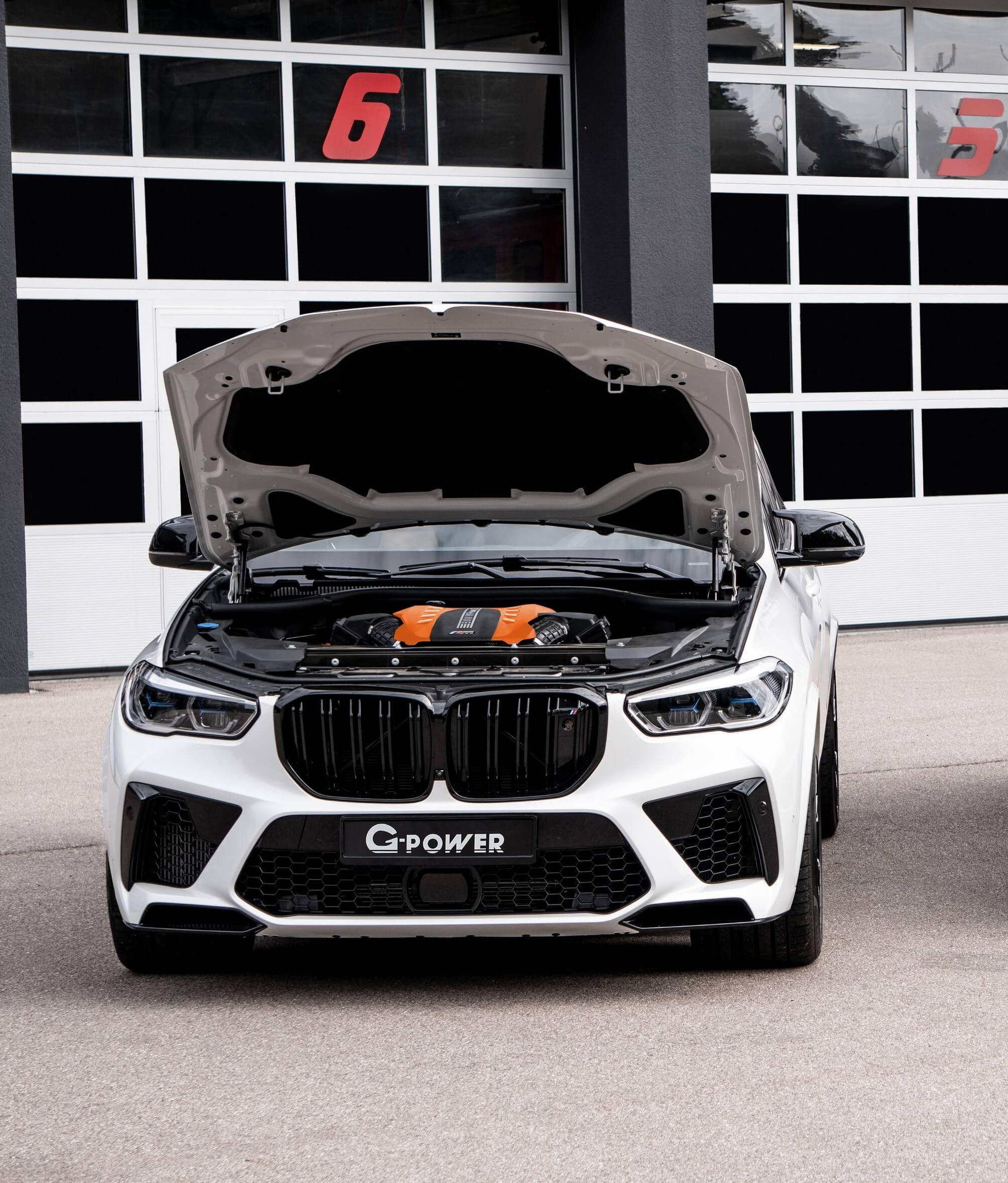 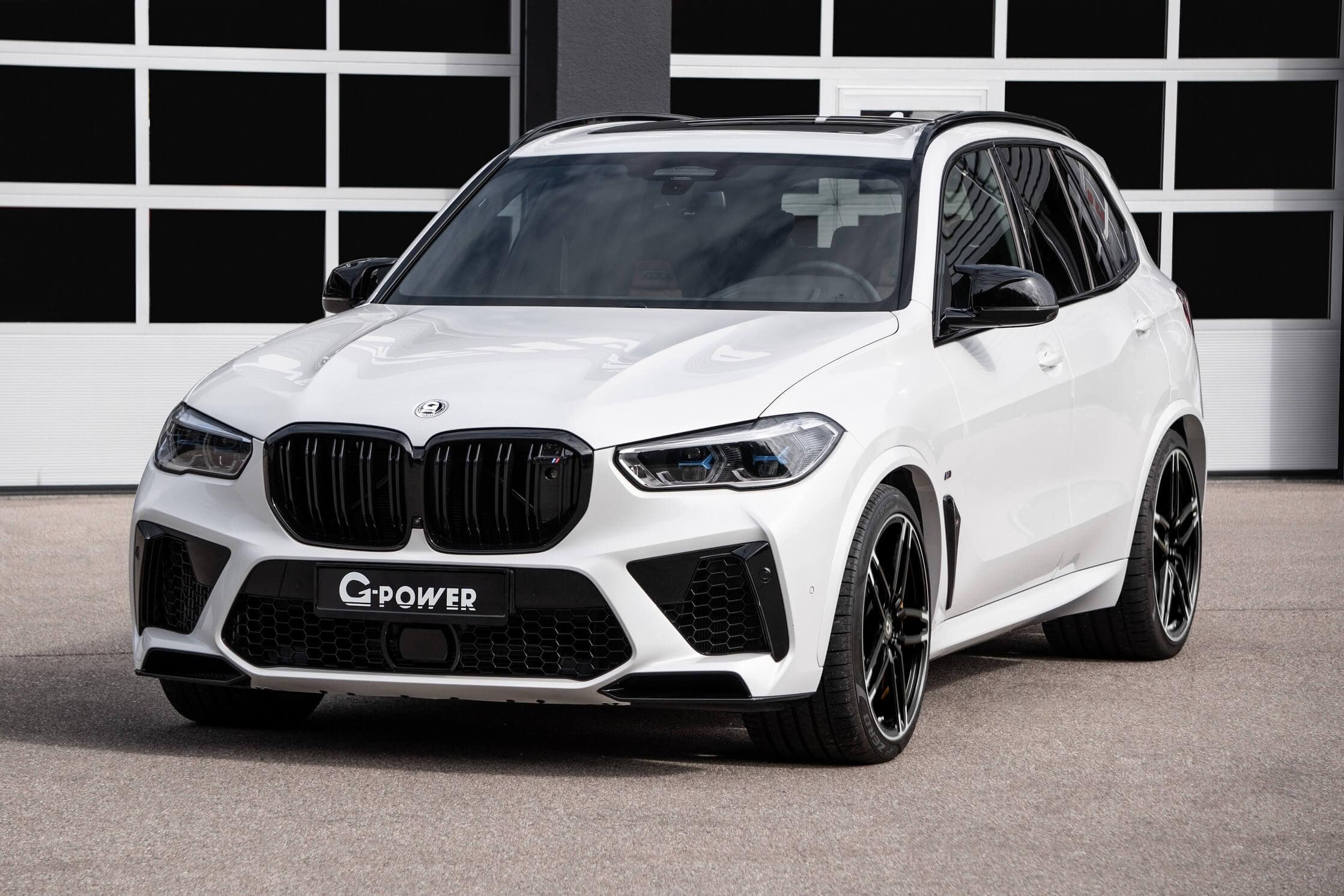 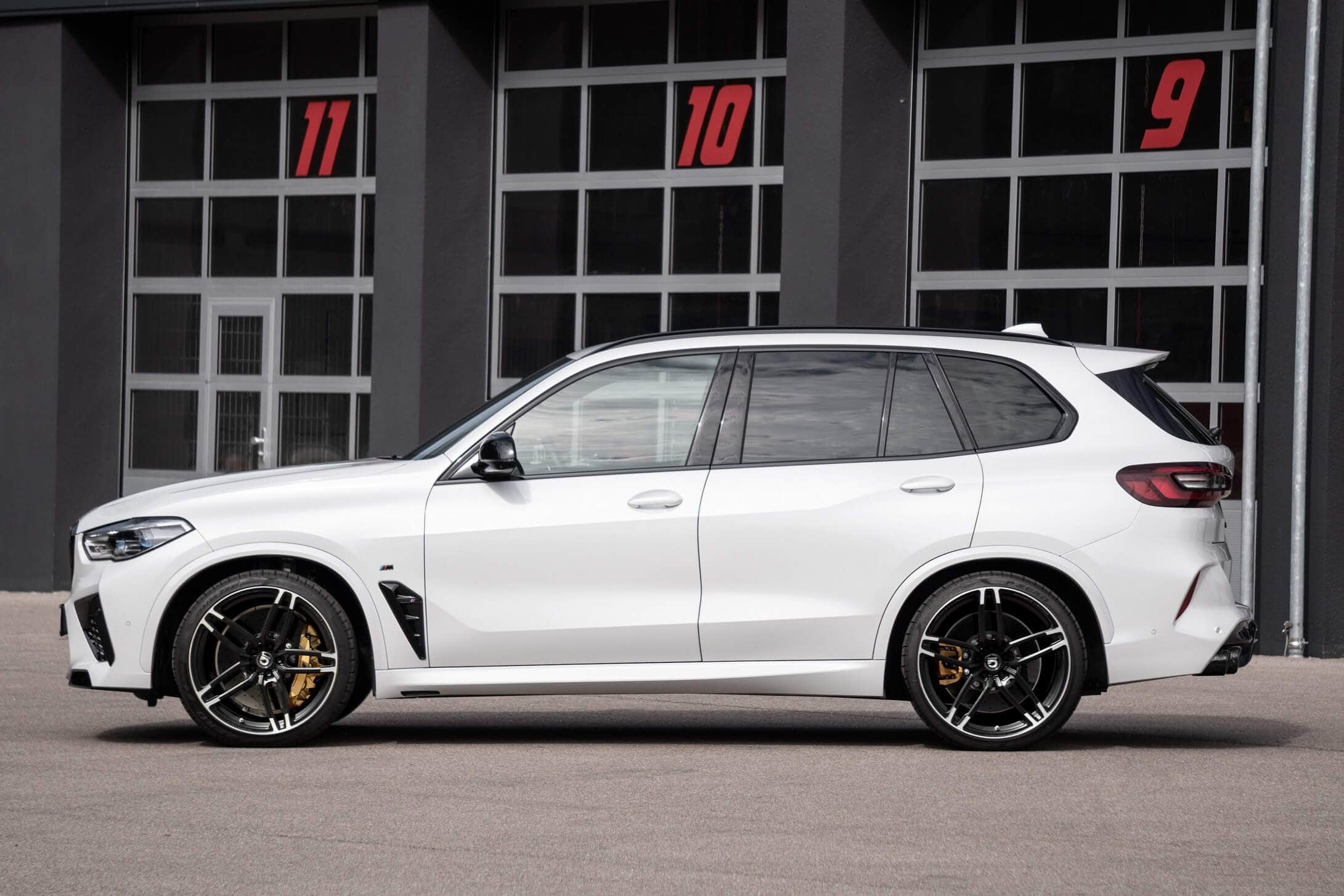 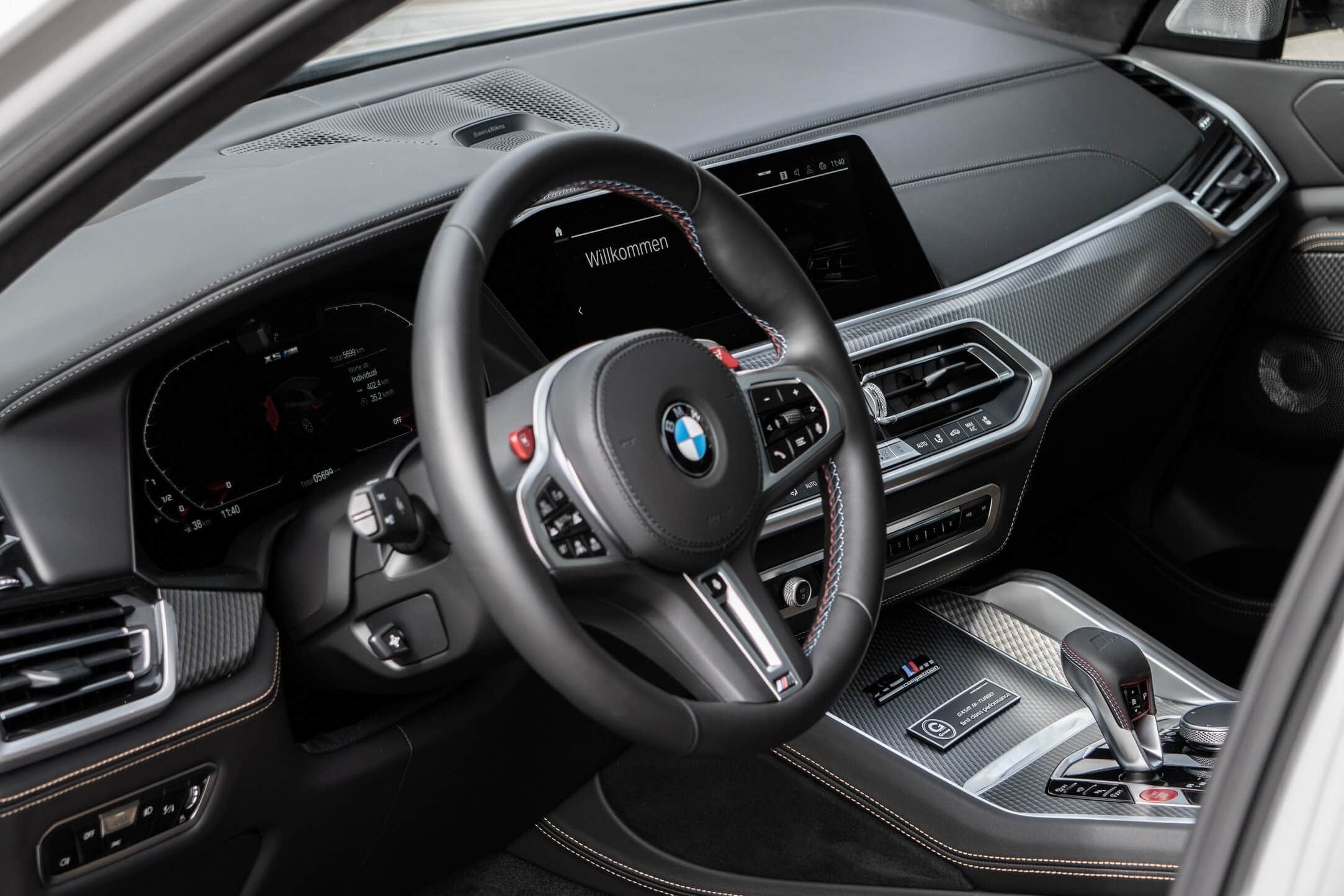