BMW 8 Series Coupe facelift spied with not much camouflage

Home » BMW 8 Series Coupe facelift spied with not much camouflage 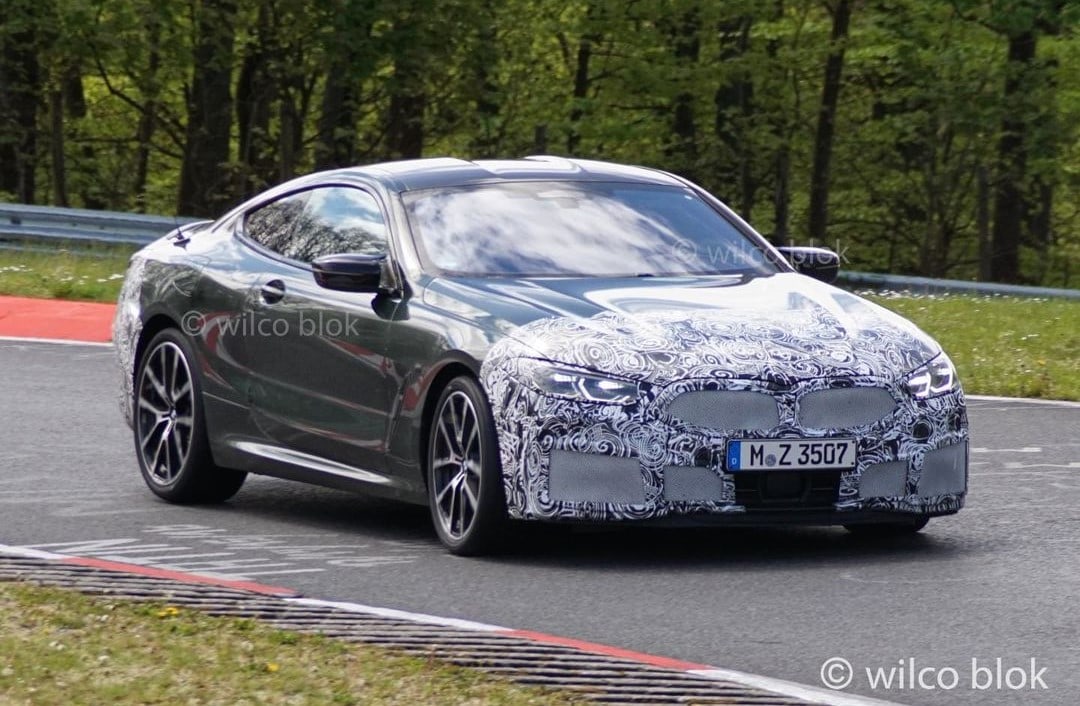 “If it ain’t broke, don’t fix it” – that must’ve been on BMW’s mind when the time came to work on a facelift for the 8 Series Coupe. It won’t be officially revealed until sometime in 2022, but we are getting the impression not much will change. One would argue that’s a good thing given how pretty the G15 is and also taking into account the company’s rather questionable design choices as of late.

While the X7 will go through a radical LCI with split headlights, that won’t happen to the 8er. Bavaria’s largest coupe is also going to skip the massive grille, which some of us can agree is for the better. The 8 Series needs to remain fresh considering Mercedes-AMG just launched a new SL roadster and will be coming out with a coupe equivalent in 2022 or 2023 at the latest.

We could be looking at an M850i judging by the exhaust finishers, but what’s really important here is the (barely) noticeable iDrive 8. It seems logical the 8 Series facelift is next in line to get BMW’s latest infotainment system, having already been introduced in a far lesser car – the 2 Series Active Tourer. Spy shots have revealed the updated 3 Series and X7 will switch to the new multimedia setup as well, which should be adopted by all models within a couple of years.

With BMW leveling up the M5 Competition by giving it a hardcore CS version, it would make perfect sense for the M8 Coupe to also spawn a hotter derivative, even if it would end up being a limited-run special edition as the high-powered sedan. A new flavor might just happen with the LCI, possibly a track-focused version judging by that wild prototype spotted earlier this year with red accents and a rear wing.

With 2022 being M’s 50th anniversary, it would be perfect timing to introduce what some people are already speculating will be the M8 CSL. Such a version would join the already confirmed M4 CSL and a production version of the Concept XM, BMW’s second dedicated M model ever.

See the spy video below to refresh your memory: