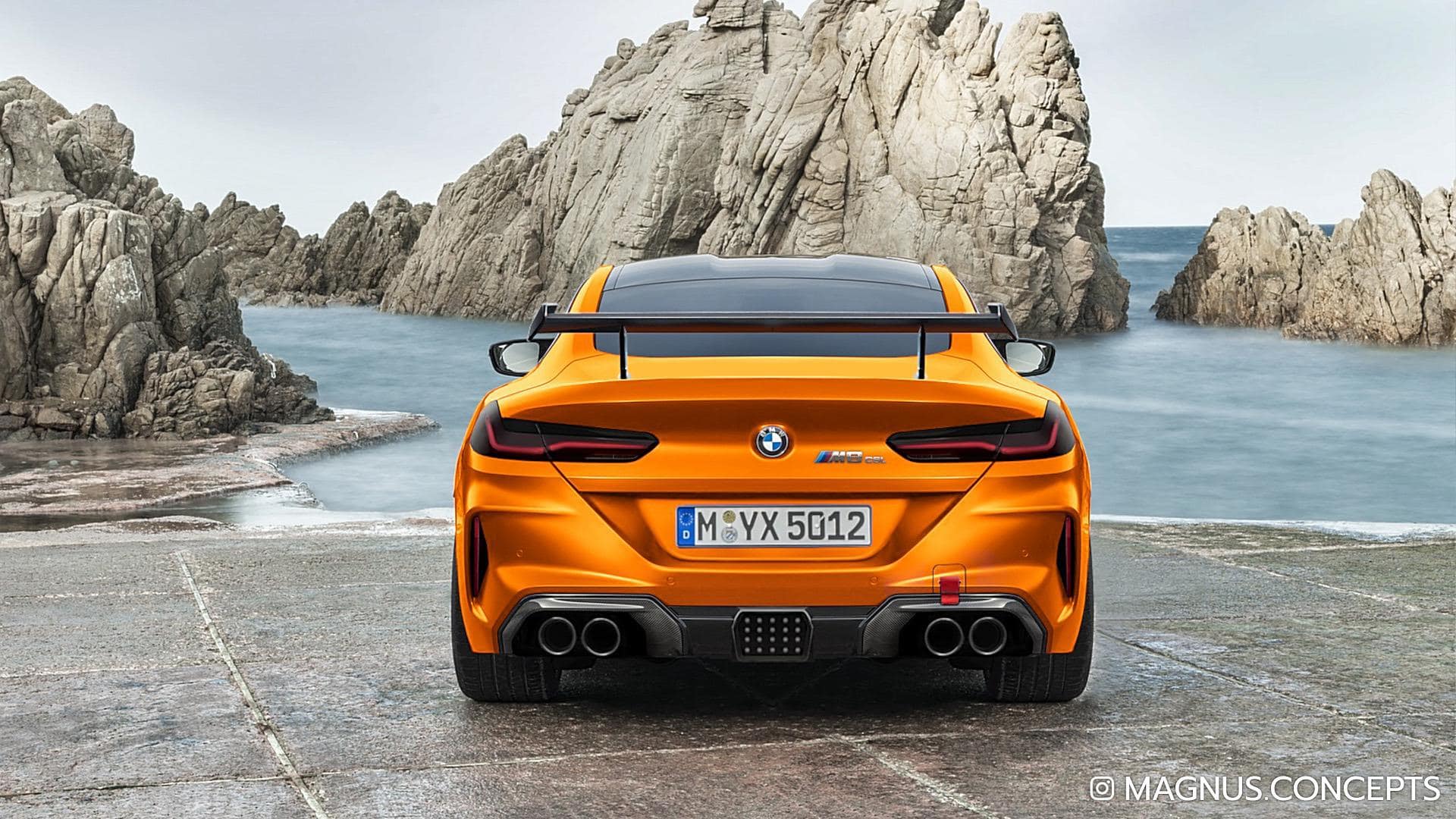 Whether BMW is really preparing an M8 CSL, remains to be seen. But the BMW world was taken by storm yesterday when an M8 prototype was spotted on the Nurburgring. The M8 was seen with an aggressive front-end, dominated by a carbon fiber lip and some new kidney grilles with plenty of cooling space. The side view showed a rear window with vents which point to the lack of a rear bench and some additional cooling.

We also noticed a new set of brakes with red calipers, which certainly fit the sporty looks of this enhanced M8 Coupe. In the back, a massive rear wing – made of carbon fiber – ensured that there is enough drag force to keep the M8 planted on the track, and especially through some corners. It’s also a sign that there might be more power under the hood than the current M8 Competition. 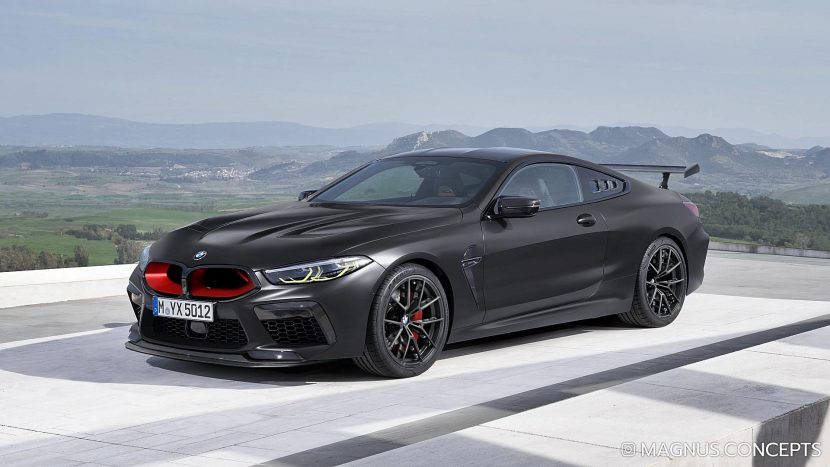 But at the same time, BMW could be simply testing a new high-performance drivetrain in a sportscar. Like the rumored hybrid powertrain from the X8 M which could deliver more than 700 horsepower. Or maybe a new safety car is in the works for future championships.

Regardless of the story behind this M8 CSL-like prototype, rendering artists have already started to sketch out what the car could look like. @magnus.concepts has just put together an M8 CSL rendering building upon yesterday’s car. The rendering shows the front fascia with a carbon fiber as well, the scooped-out kidney grille similar to the M8 GTE racing car, and of course, the racing wing in the back. The vents on the side windows point to a benchless cabin, therefore it employs some weight reductions.

Of course, we’ll keep an eye out for more BMW M8 CSL news, so stay tuned!