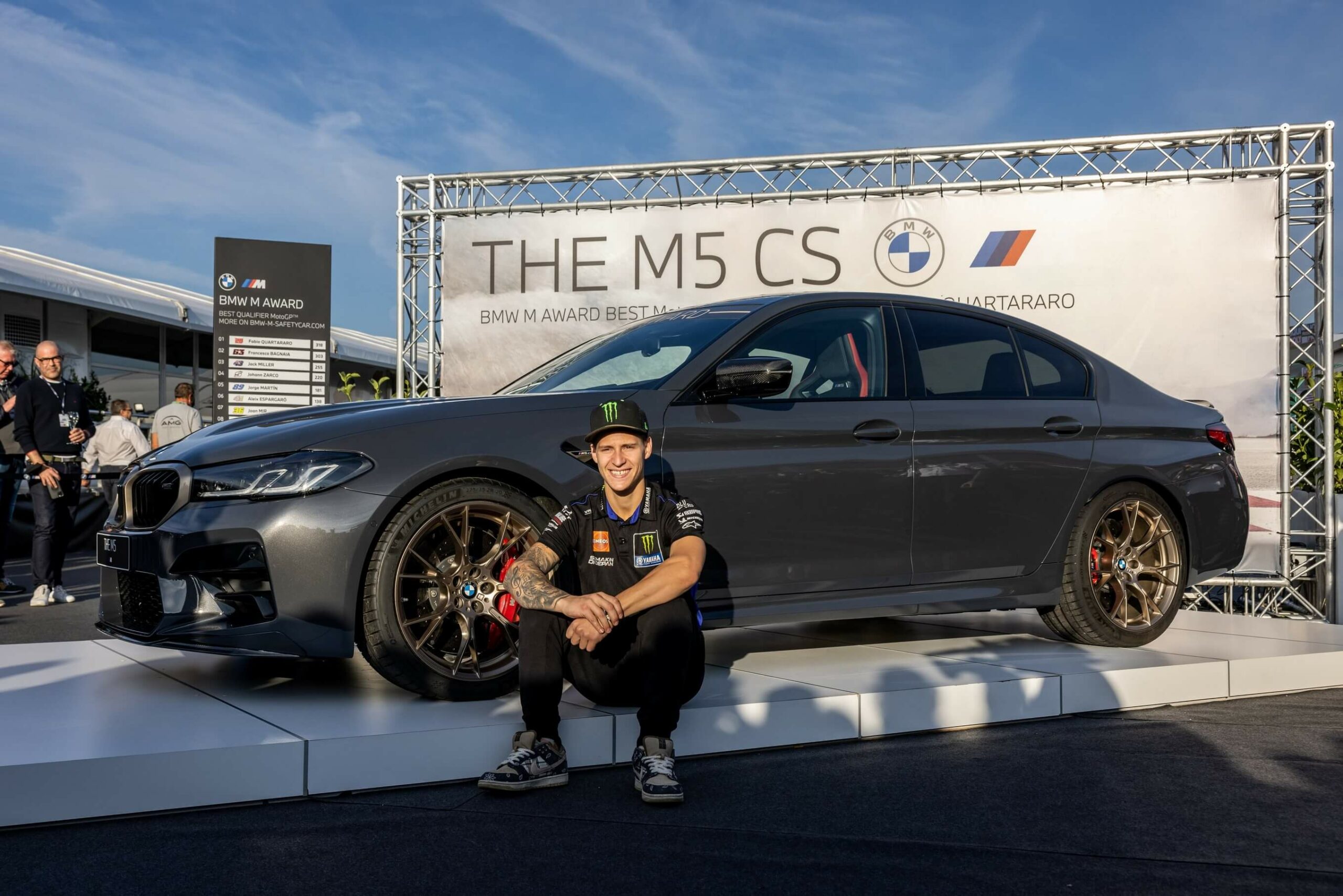 Frenchman Fabio Quartararo received the keys to a shiny new M2 CS last year after earning the title for the fastest MotoGP qualifier. Fast forward to this weekend, he has done it again, only this time the award is none other than BMW’s fastest and most powerful production car – the M5 CS.

It’s the 19th time when BMW is handing out this award for the fastest rider during MotoGP qualifying, an award that traditionally consists of a fully fledged M car. Having wrapped up the battle for the championship since October, the 22-year-old rider nicknamed “El Diablo” grabbed 318 points for the BMW M Award standings and had a 15-point advantage compared to his closest rival.

Finished in Brands Hatch Grey Metallic, the super sedan was handed over to its rightful owner this weekend during the final race of the season in Valencia. Fabio Quartararo secured no fewer than five pole positions during the 2021 season and took delivery of the M5 CS from none other than M boss Franciscus van Meel.

BMW has been collaborating with MotoGP in the past 23 seasons and has been giving away M cars to the fastest MotoGP qualifier since 2013. Marc Márquez is by far the record winner taking into consideration he has won the award seven times in a row, with Valentino Rossi and Casey Stoner tied at three successes. Fabio Quartararo has now equaled Jorge Lorenzo with two triumphs, while Sete Gibernau and Nicky Hayden have each won the BMW M Award once.

With BMW M celebrating its 50th birthday in 2022, plans are already in motion for a special anniversary event in MotoGP. Details are not being provided for the time being, but we’re already curious to find out what sort of high-performance will represent the BMW M Award next year.