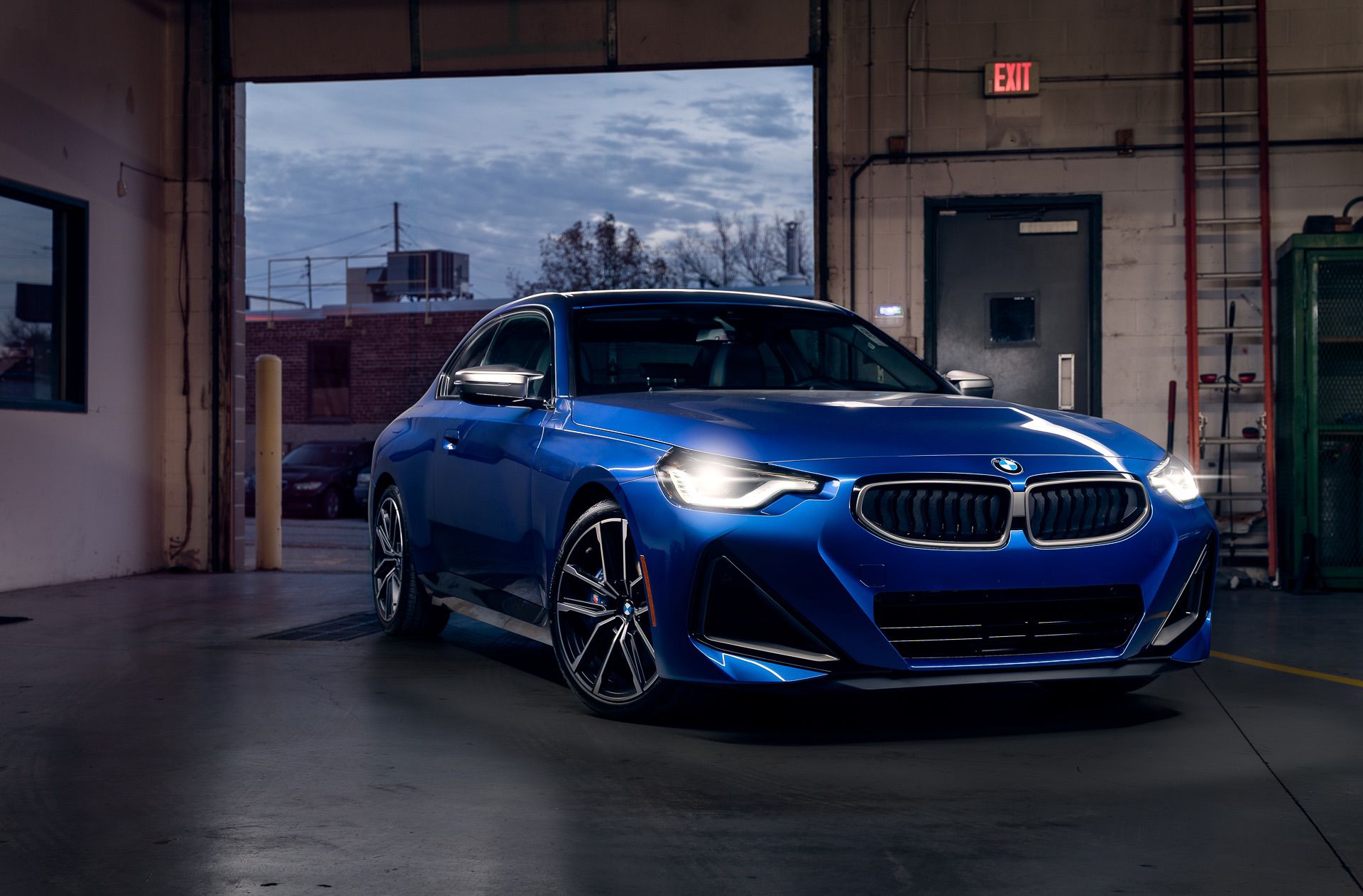 This new BMW 2 Series isn’t the most beloved of designs in the Bavarian lineup at the moment. While the initial reaction to its design was good, it’s since received some very public criticism, from both graphic designers and former automotive designers. However, it’s still a small, sporty, BMW coupe, so it looks pretty cool overall. The BMW M240i, in particular, looks especially good in Portimao Blue.

To be fair, most BMWs look great in Portimao Blue, as it’s just a great color. It has the right amount of highlights and shadows to really show off the car’s body lines, smooth surfaces, and muscular shapes. Obviously, even a great color can’t hide every design fault, so it’s still not perfect looking, but Portimao Blue certainly shows the M240i in its best light. 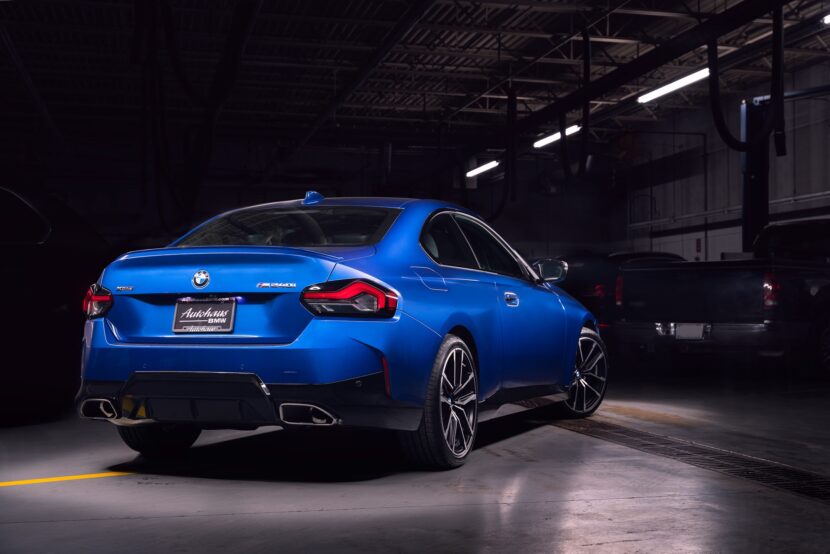 Being a BMW M240i, rather than the standard 230i, this specific car looks better than the average 2er. Its front fascia is more aggressive; with bigger, bolder air intakes; its wheels are more bigger and sportier, and it gets dual trapezoidal exhausts. It also gets M Division side mirrors, finished in BMW’s typical Cerium Grey, which is used on almost all M Performance models and work well with the blue paint.

While not a full-on M2, the BMW M240i should perform like a proper sports car. Its 3.0 liter turbocharged inline-six engine (B58) will make 382 horsepower and 369 lb-ft of torque, which should make it far faster tan any customer will want or need. In all other applications thus far, the B58 engine has performed outstandingly. Sadly, it won’t be paired with a manual transmission anymore, as the now-ubiquitous ZF eight-speed auto is its only option. Thankfully, it will still be offered with rear-wheel drive. 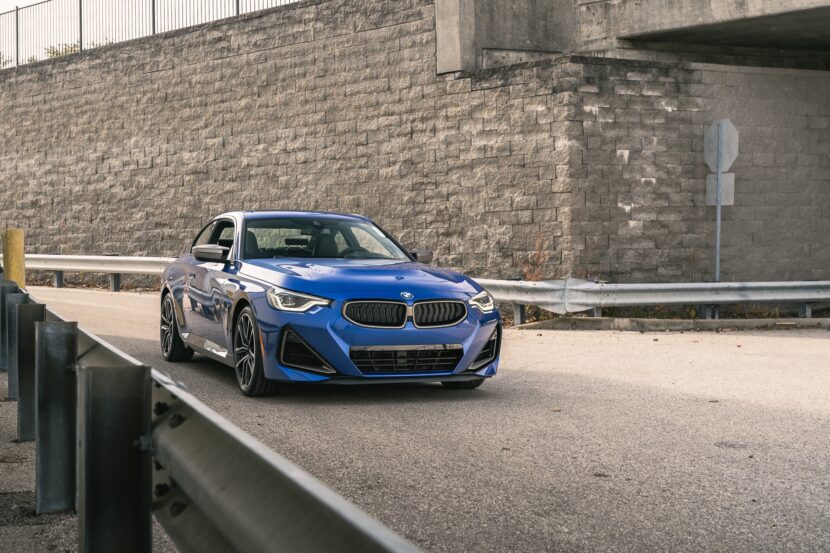 Portimao Blue isn’t unique to the M240i, as almost all sporty BMWs are available with it. However, it’s one of the best colors available for the new 2er, along with its even better looking Thundernight Metallic. If you’re in the market for one of these new M240is, we’d suggest those two colors. 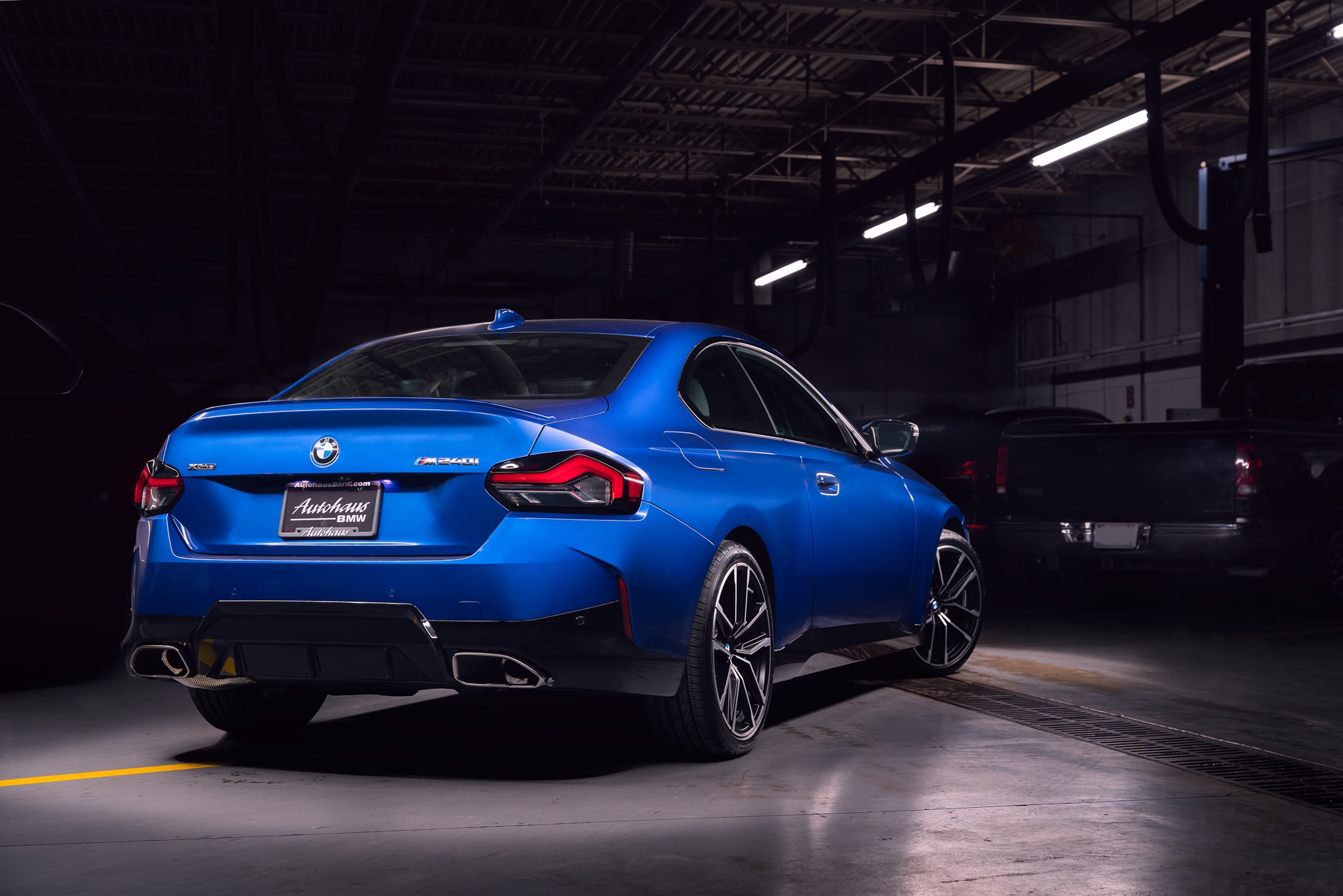 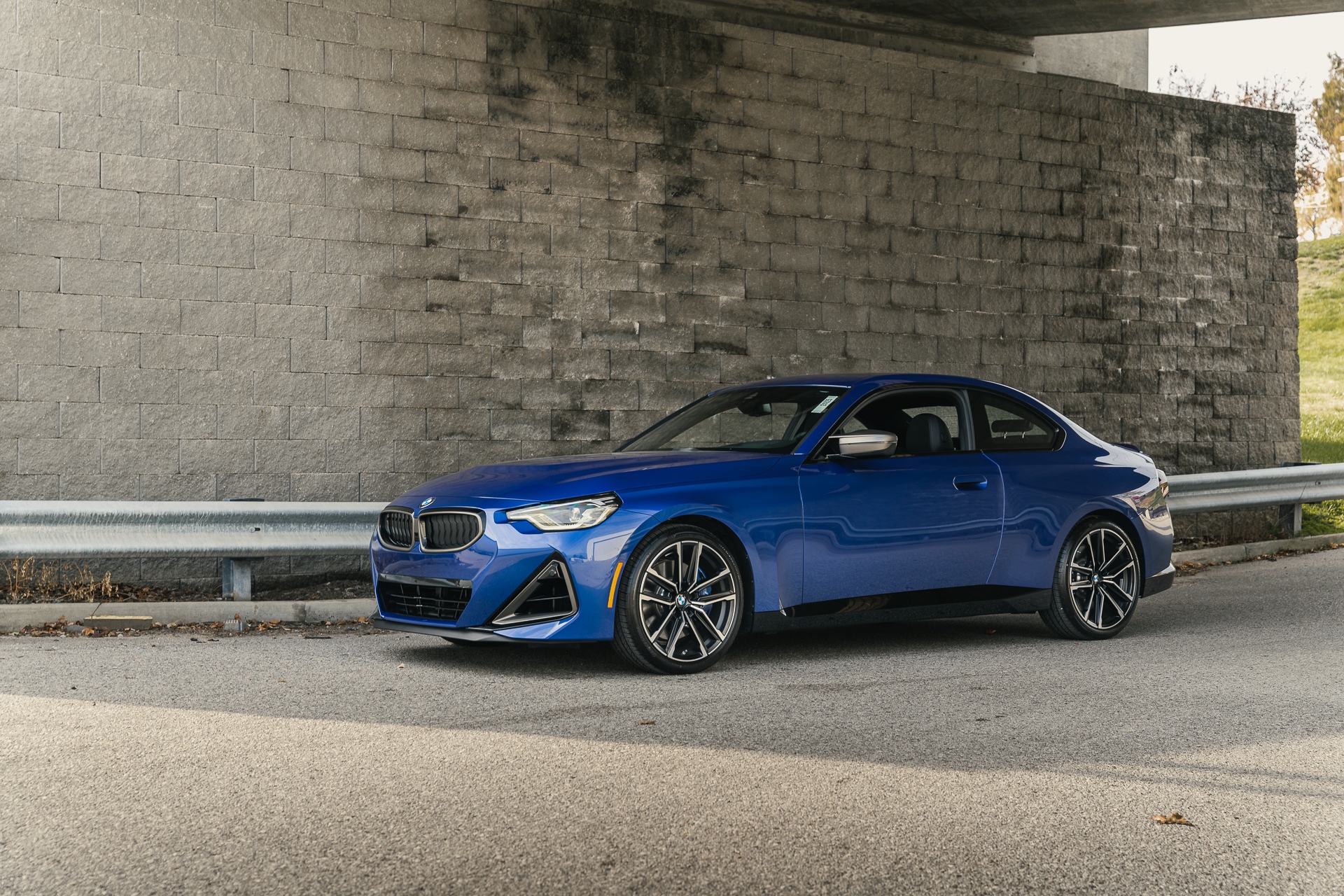 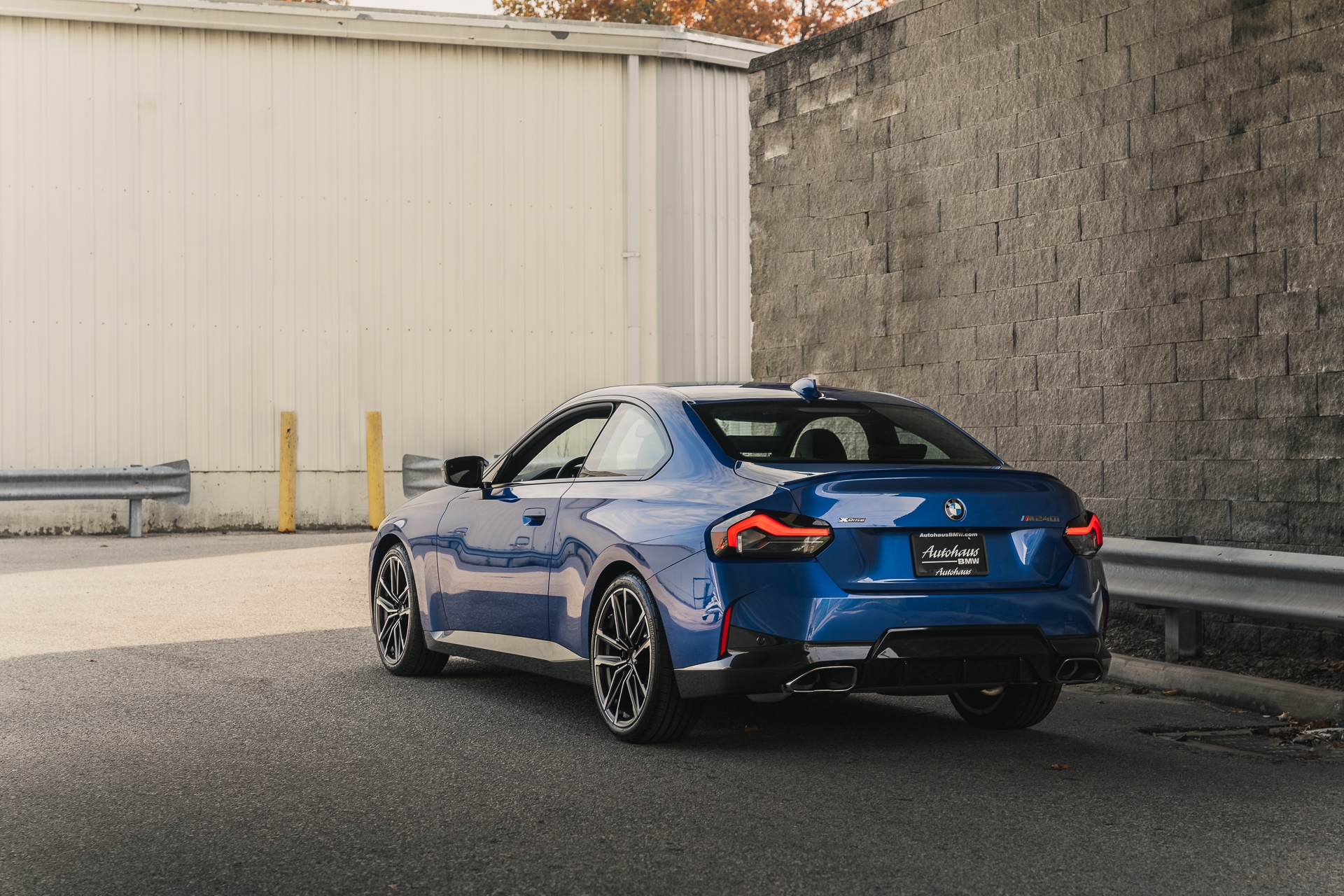 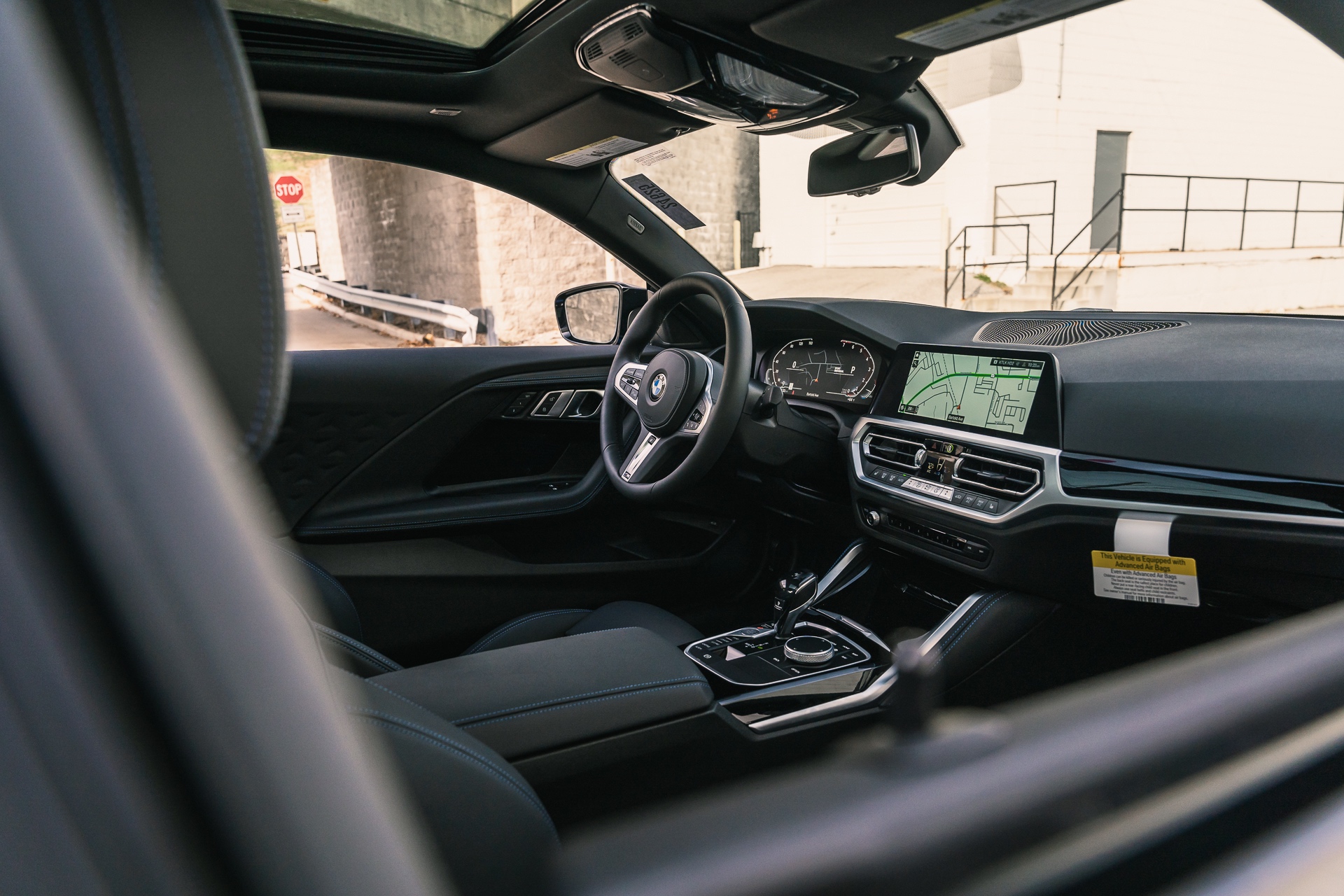 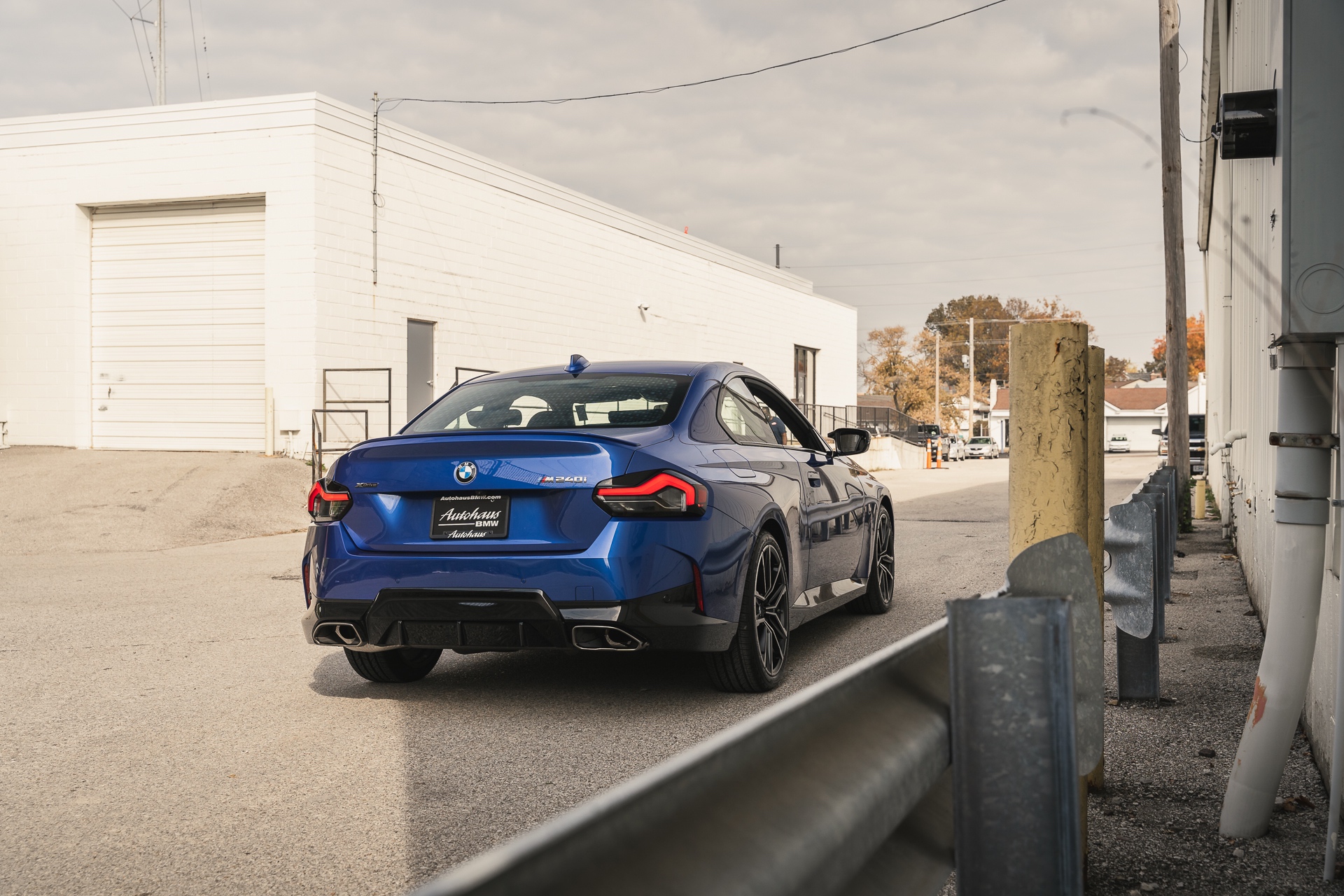