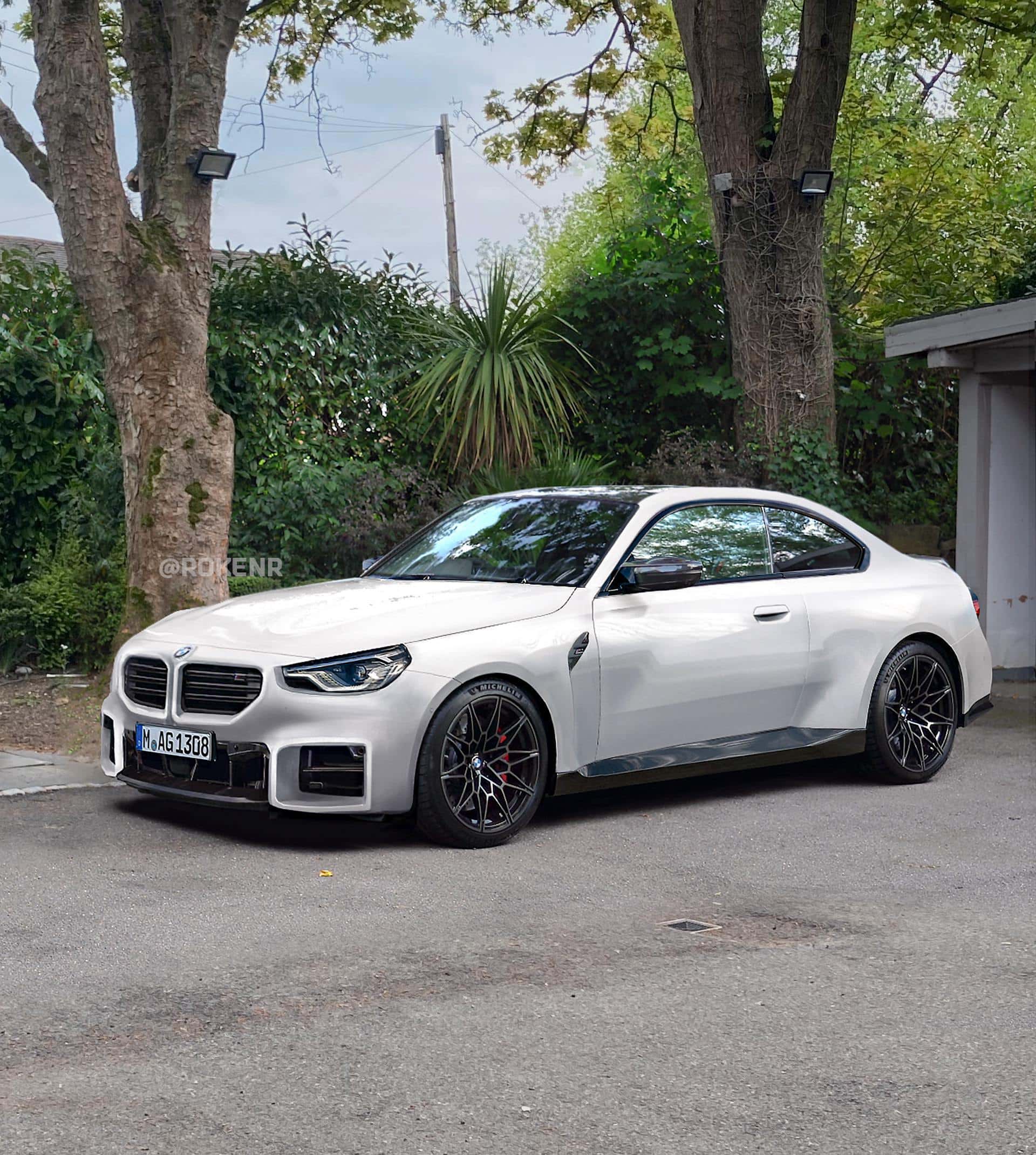 One of the biggest reveals in 2022 will be the all-new BMW M2 G87. And luckily for us, its design will not likely be a surprise. A recent leak from China unveiled the front-end of the new M2, so it was only a matter of time until Photoshoped images of the car would pop-up on the Internet. The latest one comes from @rokenr, aka Mr.AMG, aiming to showcase the front-end and side-view of the G87.

At a first glance, the new G87 M2 aims to differentiate itself from the new 2 Series Coupe, and especially from the M240i model. Its grilles with horizontal slats are different than those of the 2 Series Coupe while the bumper features very square front air intakes. The inner sides of each grille are incredibly upright, with perfect 90-degree angles at each inner lower corner. The headlights have a lot of rounded, soft edges in contrast with the square grilles and air intakes. The M2’s wheel arches are nicely swollen, it sits low to the ground, it features nice big quad exhausts, and a wider wheel track than the standard 2 Series.

Powering the BMW M2 will be a version of the S58 engine found in the new BMW M3 and M4. It’s a 3.0 liter twin-turbocharged inline-six engine and will make somewhere between 480-490 PS (probably around 480 horsepower), according to our sources. It’s almost unbelievable, just how much power it will have. That’s more than the standard M3 and M4 and the M2 will weigh less and sport a shorter wheelbase. So it should be a proper hooligan.

The next-gen M2 will be rear-drive only and will offer a manual transmission. The last bastion of old-school BMW goodness.