Genesis GV60 Electric Could be an All-Electric BMW X4 Competitor 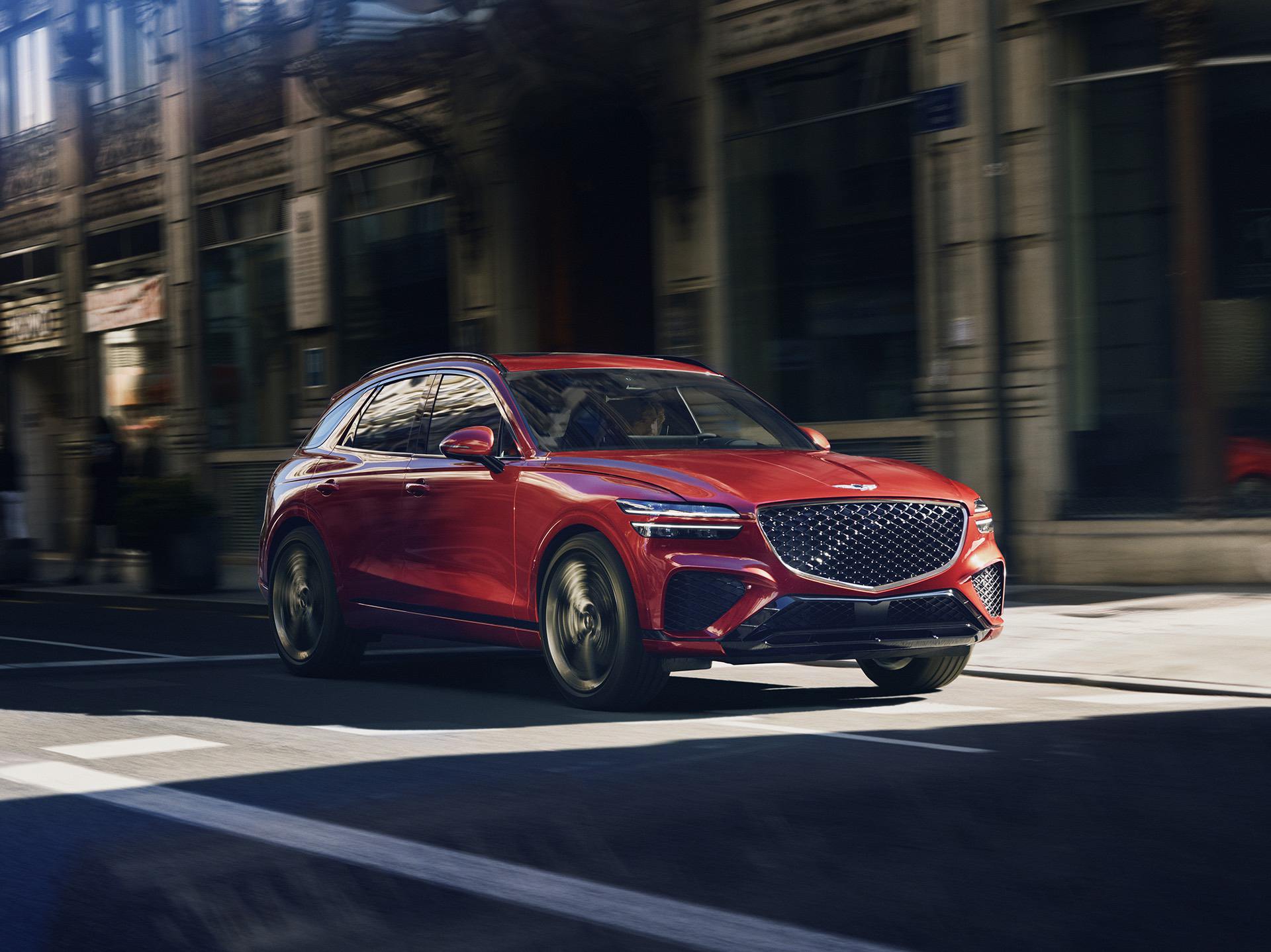 It’s no secret that Genesis’ main target is BMW. Drive a new Genesis model and their closest comparisons are always the BMW in their respective segments. The Genesis G70 feels like it’s taking on the 3 Series directly, because it is. The GV80 absolutely feels like an X5 rival, because it is. Which isn’t a surprise, considering the man behind Hyundai/Genesis’ R&D is none other than former BMW M Boss Albert Biermann. Now, it seems as if the Korean luxury brand is looking to tackle another BMW with its own car, but with a bit of a twist — the Genesis GV60 Electric.

Seen in some new spy photos and videos (which we don’t own but you can see here), we can see the upcoming Genesis GV60 Electric and it’s clearly designed to snag customers away from the BMW X4. It’s a coupe-like crossover, sized similar to the X4, and features a sharp, sporty design. The GV60 gets nice muscular wheel arches and a handsome interpretation of the GV70’s split taillight design. However, what will separate the GV60 from the X4 is its powertrain.

The Genesis GV60 Electric will be — you guessed it — electric. It’s going to be built on Hyundai Genesis’ new E-GMP all-electric architecture and will act as a sort of electrified version of the GV70, itself an already sporty little crossover.

There’s no word on battery or power but it’s likely that the Hyundai Ioniq 5’s setup could make its way into the GV60, at least as an entry-level offering. That would give it a 77 kWh battery pack, a single rear motor, and around 225 horsepower. The Ioniq 5 has a range of around 300 miles but the heavier GV60 would see less than that.

BMW doesn’t offer an EV in this segment yet. There’s the BMW iX3 but that’s only on sale in certain markets and is also a bit of an afterthought, built on the existing X3 chassis. The Genesis GV60 Electric will be a from-the-ground-up electric car, built on an electric chassis. It will offer a slick new design, with an all-electric powertrain, in a segment that’s extremely popular. The only other cars in the segment would be the Audi Q4 e-tron and Tesla Model Y. BMW might want to look at this segment for its next true EV, with all of this new competition coming out.