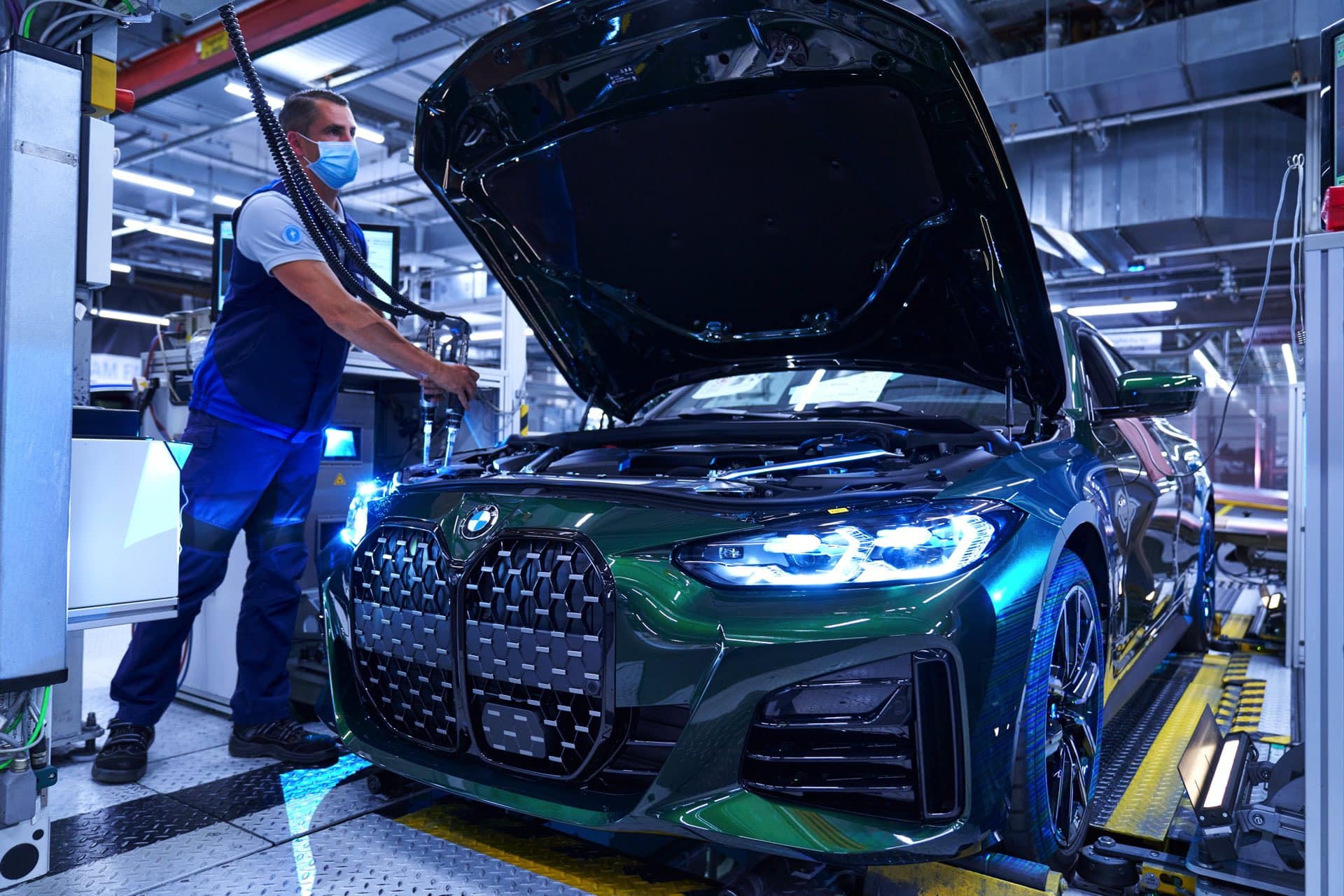 The production of the new 2021 BMW 4 Series Gran Coupe (G26) started this week at the BMW plant in Munich. The second generation four-door coupe will officially arrive in customers’ hands in November 2021 with a gradual global rollout. The images below come from the BMW Plant in Munich showcasing the new 4 Series Gran Coupe in the 420d xDrive trim and painted in the stunning San Remo Green. The very same color was the launch paintwork for the BMW 4 Series Convertible. 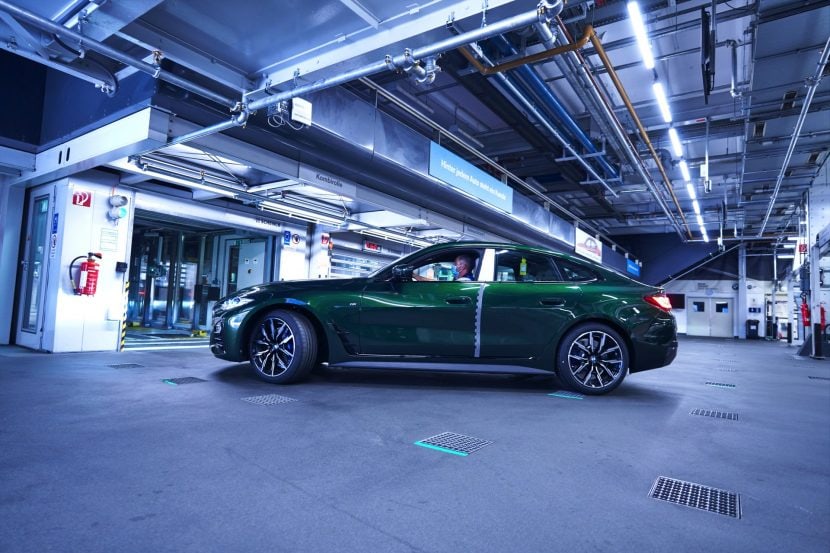 The top model M440i GranCoupe is also present on the factory floor. Painted in Aventurine Red, the top four-door coupe stands out with its aggressive bodystyle and sportier design cues. Of course, the new gran coupe retains the 4 Series grille, which may be the most polarizing design cue of any BMW in history. But the rest of the car gets a sleek and dynamics design, accentuated by a beautiful roofline. It’s also nice to see the i4’s flush door handles on the 4 Series Gran Coupe; they look cooler than the standard pull handles on the coupe. The hatchback trunk is extremely functional with a lot of cargo space. 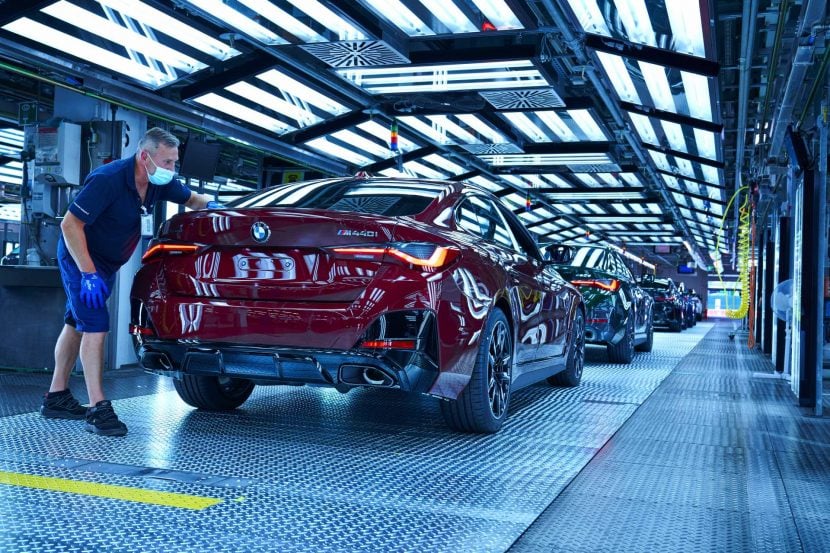 Like with its two-door sibling, the BMW M440i Gran Coupe will get a 3.0 liter turbocharged I6 under hood, making 382 horsepower (374 horsepower in Europe) and 369 lb-ft of torque. Also like the coupe, the M440i Gran Coupe’s engine is a mild hybrid, with a 48-volt starter generator that acts as a small electric motor and can assist the engine with an electric boost of 11 horsepower. That increases both efficiency and power, giving the engine a boost under acceleration and sharpening the engine’s response off the line or at low rpm. 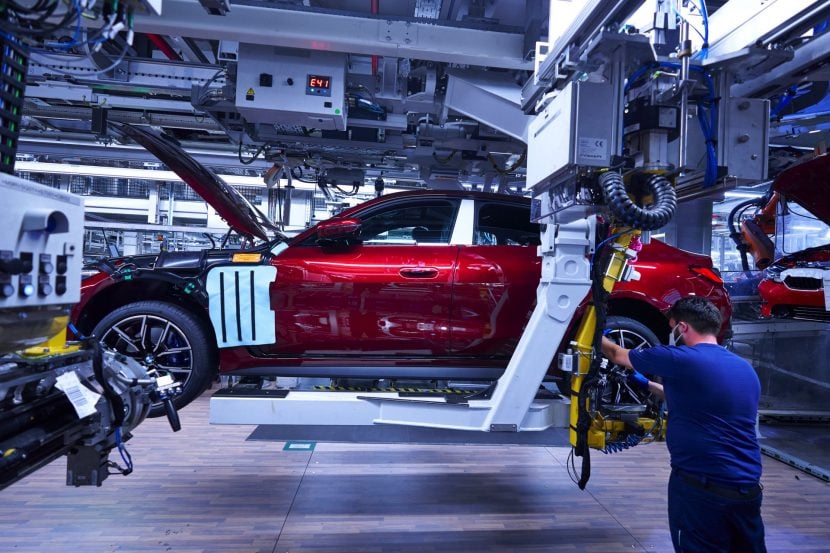 That engine is mated with a familiar eight-speed automatic and, for the M440i, will exclusively send power to an xDrive all-wheel drive system. According to BMW, the M440i Gran Coupe can get from 0-60 mph in 4.7 seconds but it wouldn’t surprise anyone if it were quicker than that in the real world. Top speed is of course limited to 155 mph. An electronically-controlled limited-slip differential is standard on the M440i, as well.

Just like the conventionally powered variants of the 4 Series Gran Coupe, the BMW i4 electric car with up to 530 hp is also built at the Munich plant. On the other hand, the two-door 4 Series Coupe (G22) and the BMW 4 Series Convertible (G23) are manufactured at the Dingolfing plant. 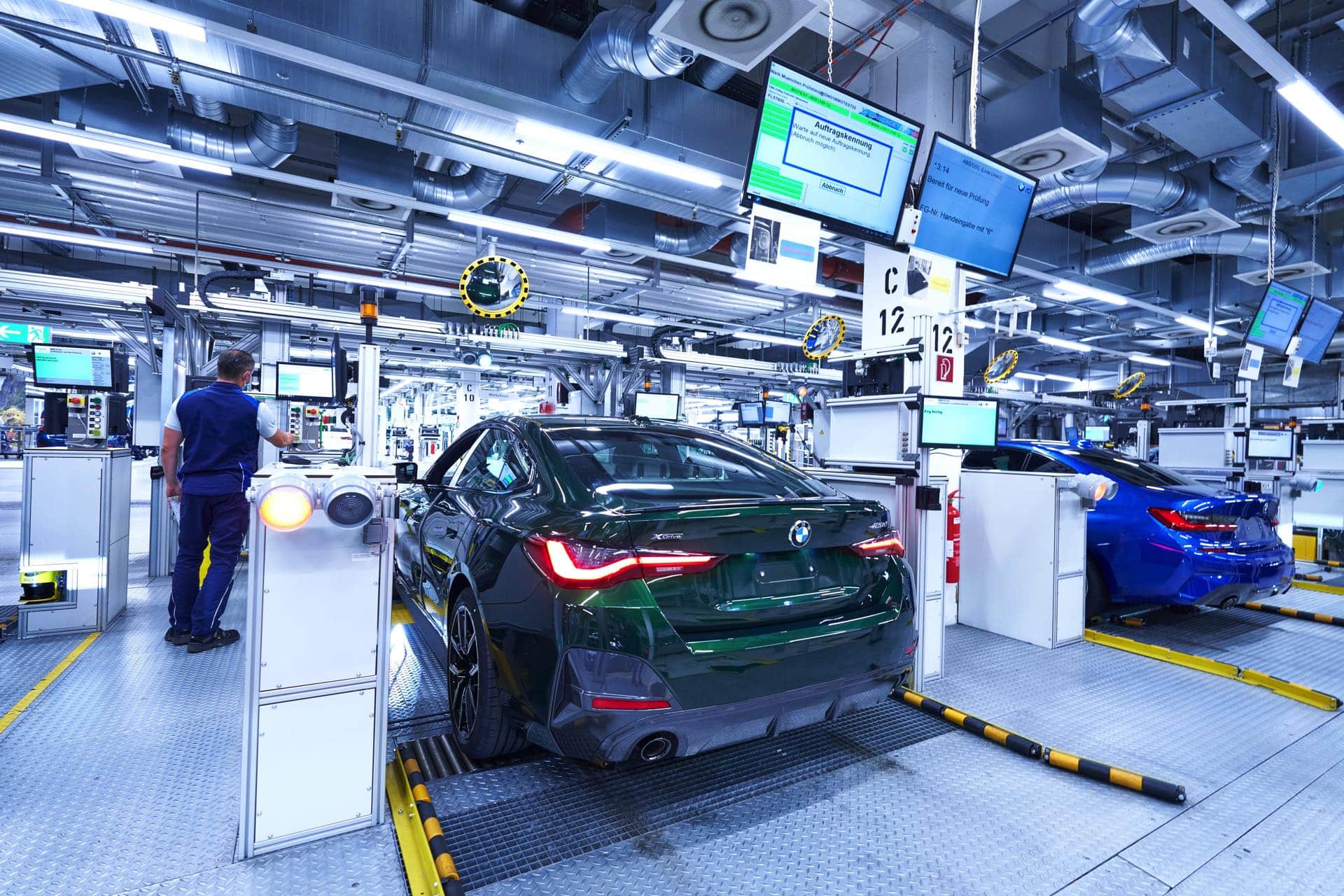 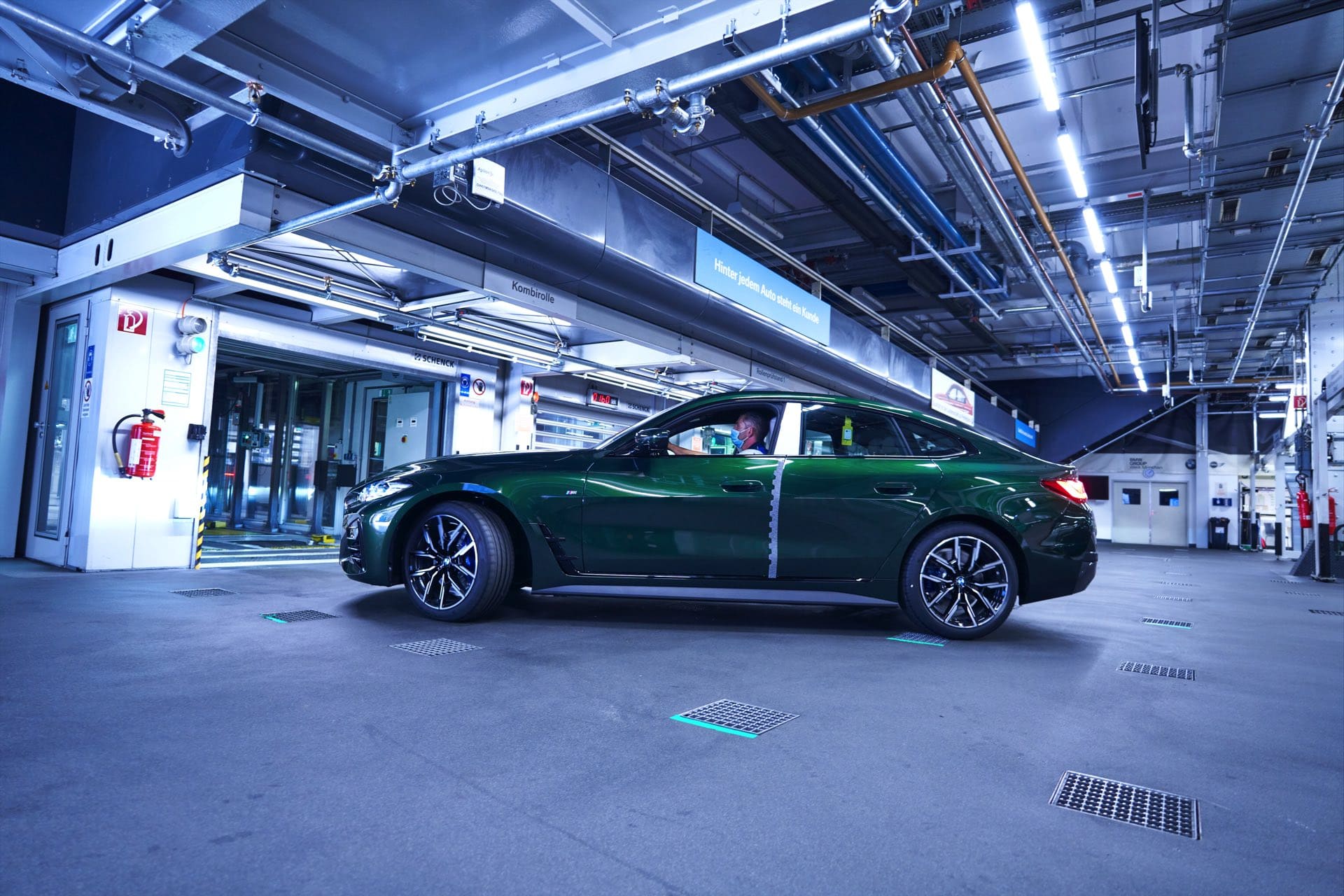 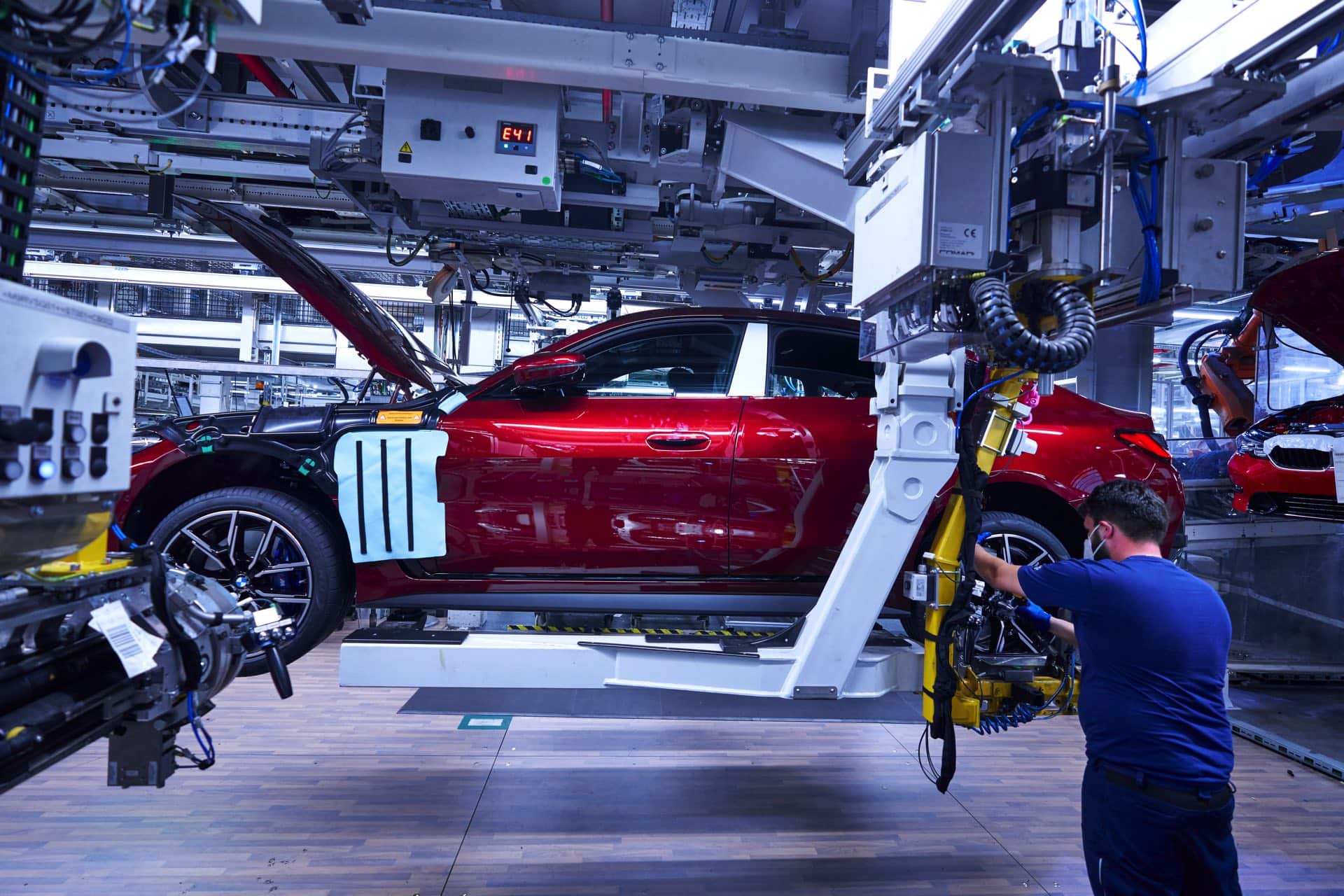 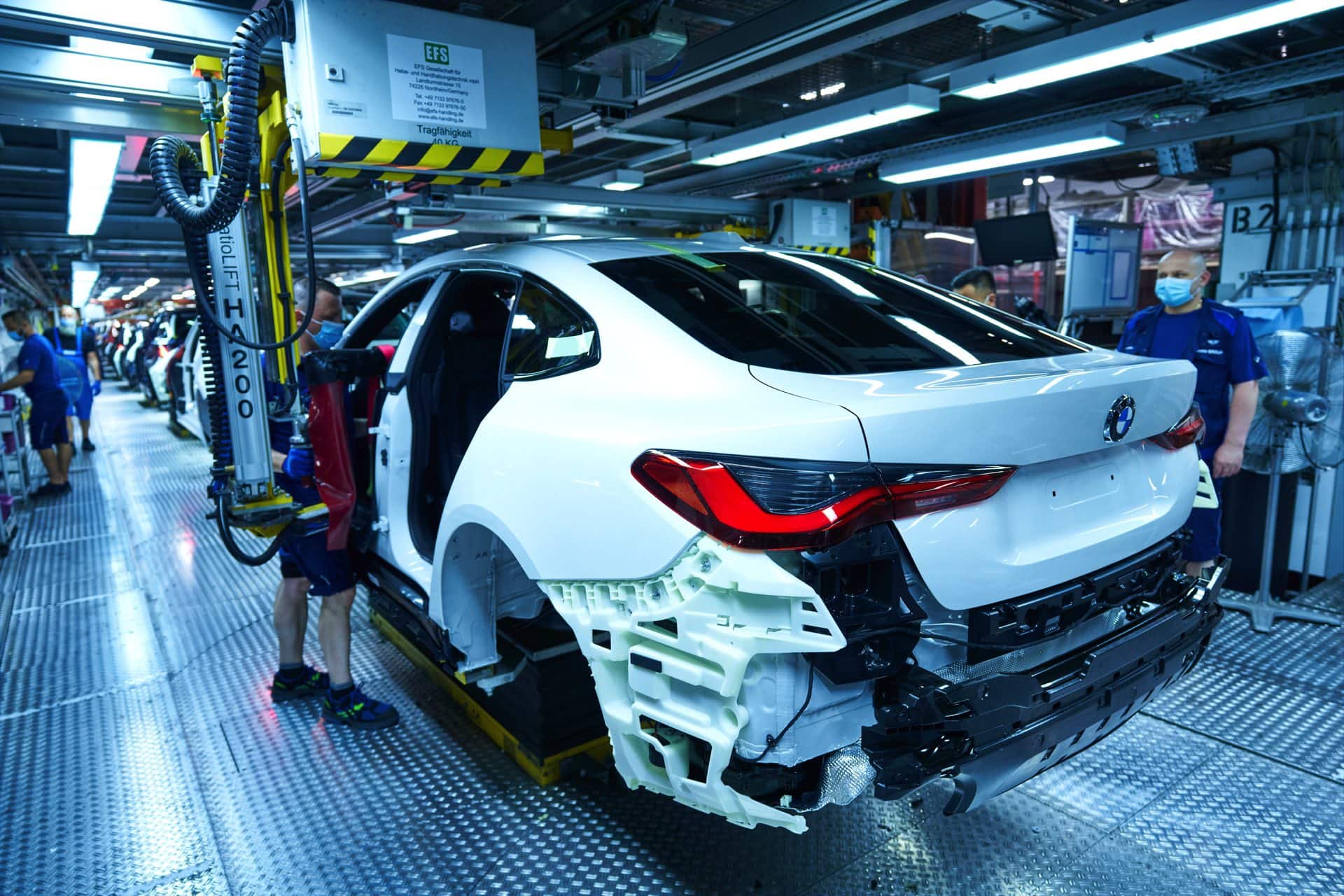 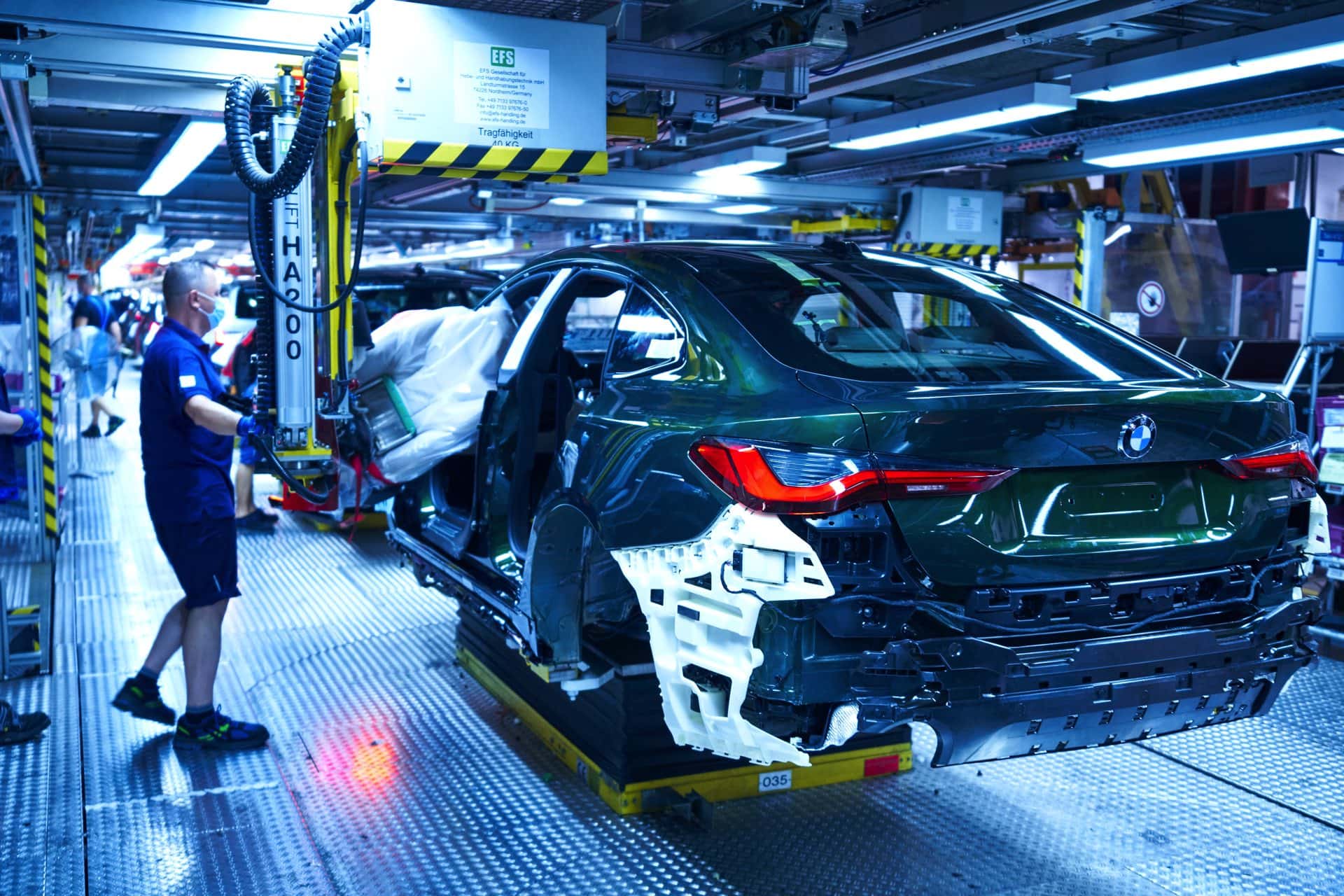 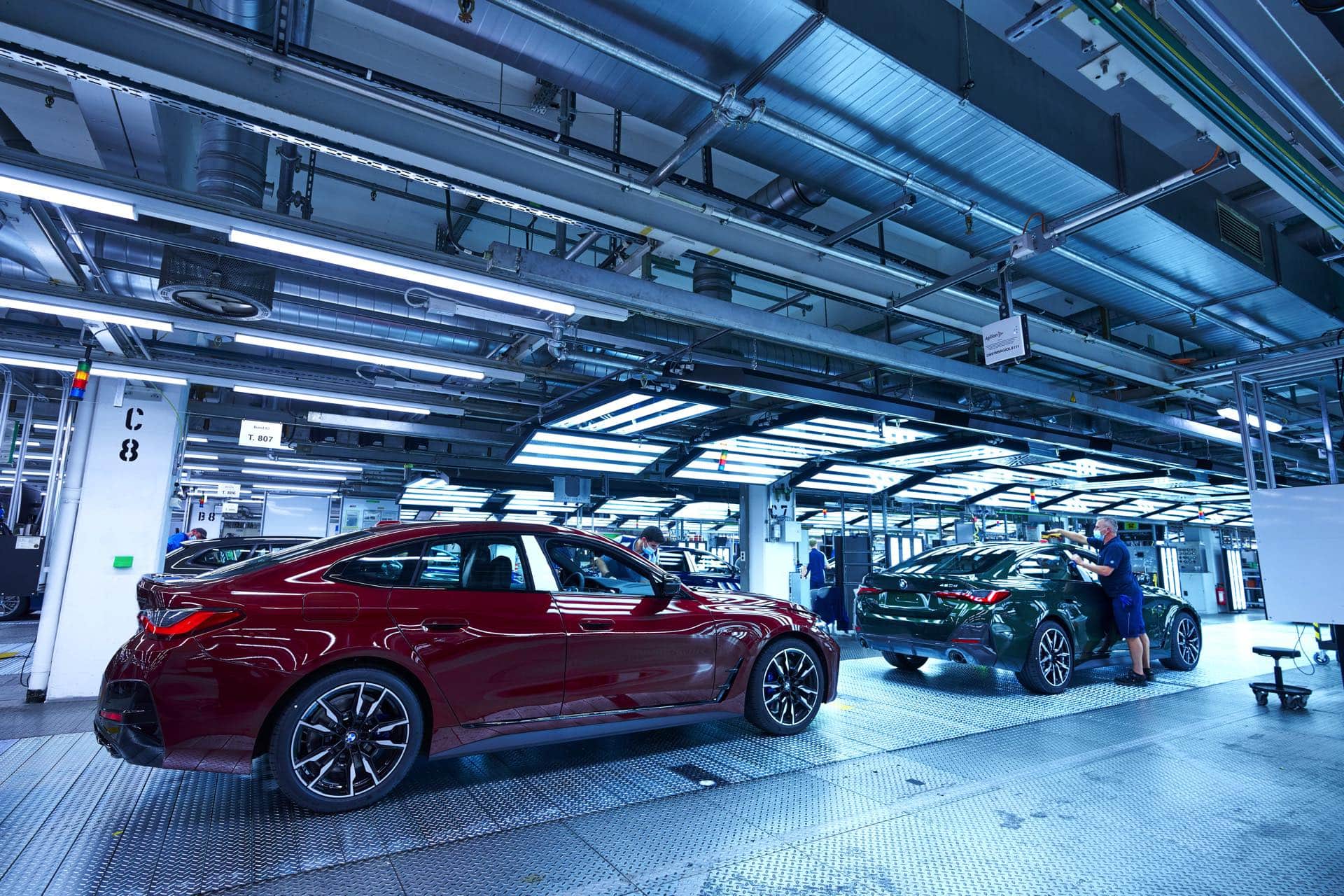 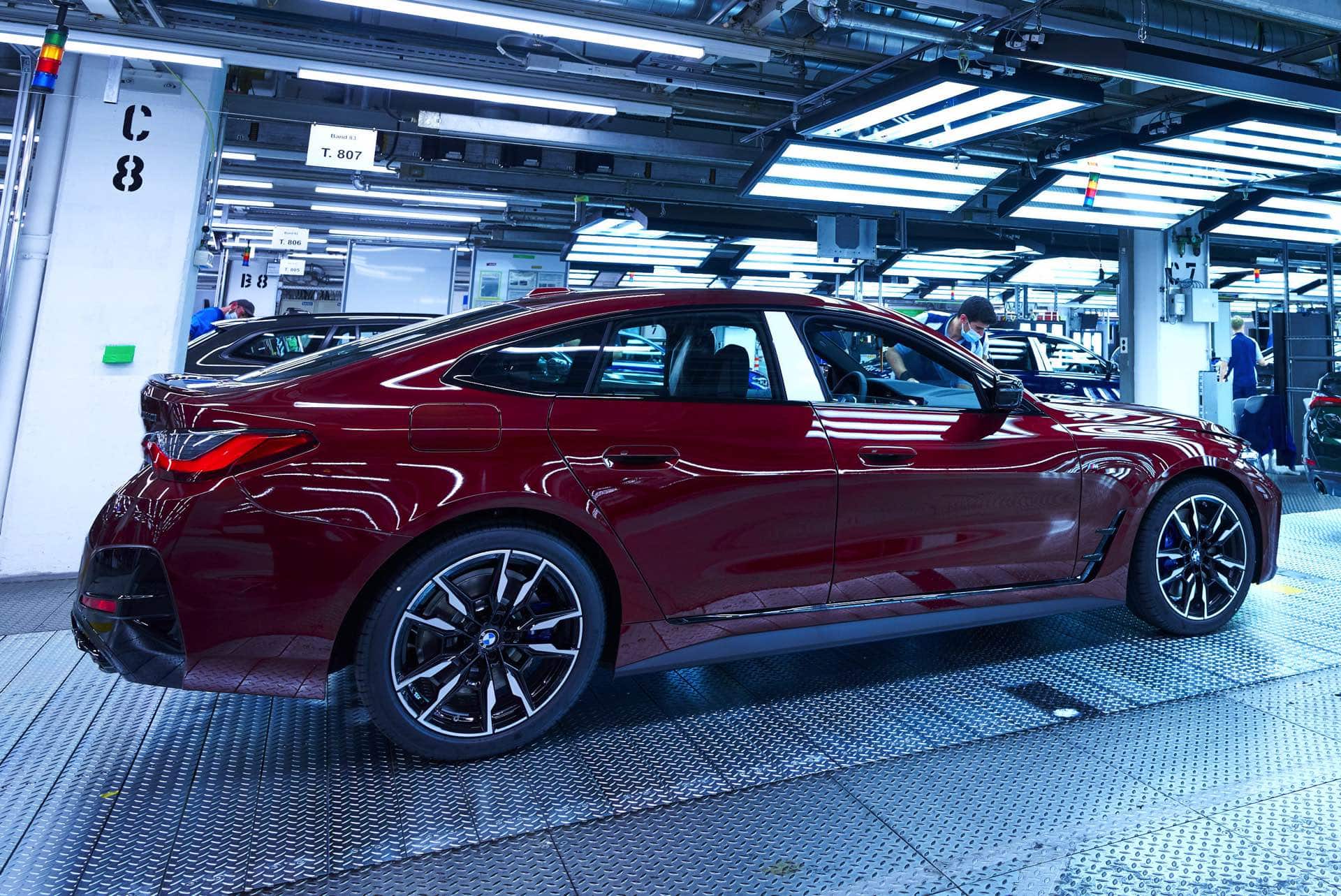 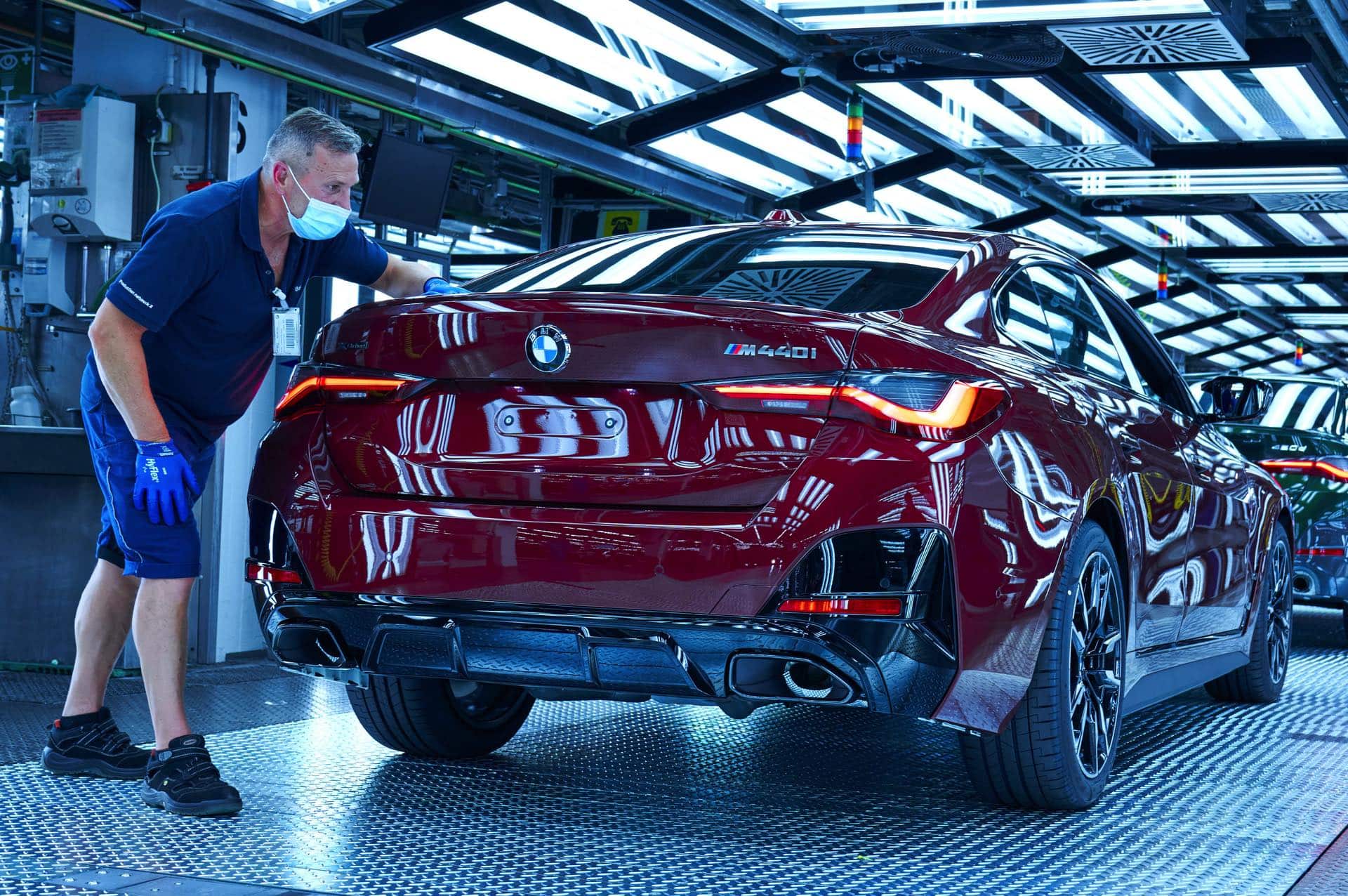