Can the BMW M3 Competition Take Down the Alfa Romeo Giulia Quadrifoglio?

Home » Can the BMW M3 Competition Take Down the Alfa Romeo Giulia Quadrifoglio?

When the BMW M3 Competition first debuted, I had one immediate question — could it beat the Alfa Romeo Giulia Quadrifoglio. The Italian sport sedan was the finest four-door vehicle I’d ever driven at that point, and potentially still is, so I knew it was going to take an incredible effort by BMW to beat it. Thankfully, the M3 Competition is an incredible car, one that can absolutely stack up against the Alfa. But can it beat it? I haven’t been able to secure an Alfa loaner since the M3 Comp was been made available, unfortunately. However, Motor Trend was able to get both cars together for a proper test, to see which is best.

On paper, the BMW M3 Competition and Alfa Romeo Giulia couldn’t be more similar. Both use similarly sized engines; a 3.0 liter twin-turbo inline-six for the BMW and a 2.9 liter twin-turbo V6 for the Alfa; both have ZF eight-speed automatic transmissions, and both are rear-wheel drive. They even make incredibly similar levels of power; with the BMW making 503 horsepower and the Alfa making 505 horsepower. The Bimmer has more torque; 479 lb-ft vs 443 lb-ft; but that’s about the only advantage. 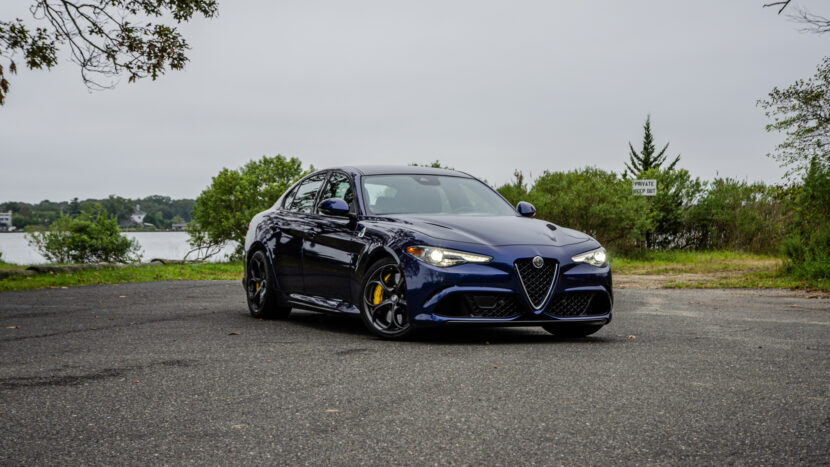 A spec comparison is useless, though. Anyone can look up their spec sheets and see which one is fastest. You read a review to see which one is best to drive. Thankfully MT really put both cars through their paces, to see which is best. Despite being so similar on paper, both the BMW M3 Competition and Alfa Romeo Giulia Quadrifoglio couldn’t be more different on the road. The BMW M3 attacks a road with an incredibly capable brutality. There’s no question that it’s the faster car down a winding road. While the Alfa is more fluid, more delicate, and more balanced. It’s more engaging and more connected to the driver. The M3 is also strange looking (MT’s critique of its looks makes mine look like a love letter), while the Alfa is gorgeous.

Both cars have their strengths and weaknesses but which one is best? Read MT’s review to find out but it’s quite surprising.