Next-Gen 7 Series Will Get New Interior Changes, Including an All-New Steering Wheel

Home » Next-Gen 7 Series Will Get New Interior Changes, Including an All-New Steering Wheel

We just saw some spy photos of the next-gen BMW 7 Series, which showed off more of its front-end than we’ve ever seen before. It seems to be getting a new, much smaller kidney grille, as well as some interesting new headlights. Those aren’t the only changes that the new 7 Series will be getting, as some new spy photos show off a few interesting new interior changes as well. (We don’t own the spy photos but you can see them here)

These new spy photos show off the inside of the next-gen 7 Series and, while it’s mostly covered in camouflage, there are some big changes on display. These changes aren’t just big for the 7 Series but for BMW as a brand as well.

For starters, you can see the same iDrive/digital gauge setup as seen in the BMW iX. So BMW is clearly going to be using the iX as its design benchmark moving forward, at least for high-end luxury cars. Not a bad idea, either, as the BMW iX has the best interior of any modern Bimmer. But that’s not entirely surprising. 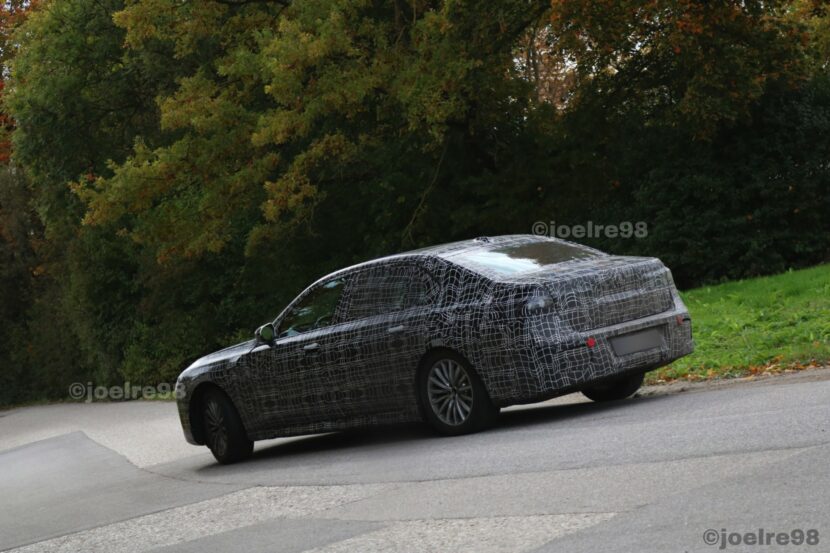 The 7 Series will also be getting an all-new steering wheel, one that’s yet to be seen on any BMW, iX included. It’s a three-spoke wheel, with an almost hexagonal airbag, and the bottom spoke is made from lovely skeletonized metal, which not only looks very sporty but it has a premium, expensive look as well. There are also what big lights at the 9 and 3 o’clock positions, which are likely for semi-autonomous driver aids.

Interestingly, it’s also a flat-bottomed wheel, something that BMW has typically stayed away from in the past. It’s an interesting choice for the 7 Series not only because it’s unusual for BMW but because flat-bottomed wheels are usually reserved for sportier cars, not six-figure luxury cars like the 7 Series. It also gets big, chunky paddle shifters on the back of the wheel, which we hope are metal.

To be honest, I like this new direction for BMW interior design. It’s sharp, interesting, and more premium than any of the interior designs in the current crop of BMWs. I can’t wait to see the rest of the cabin when the car is finally released.