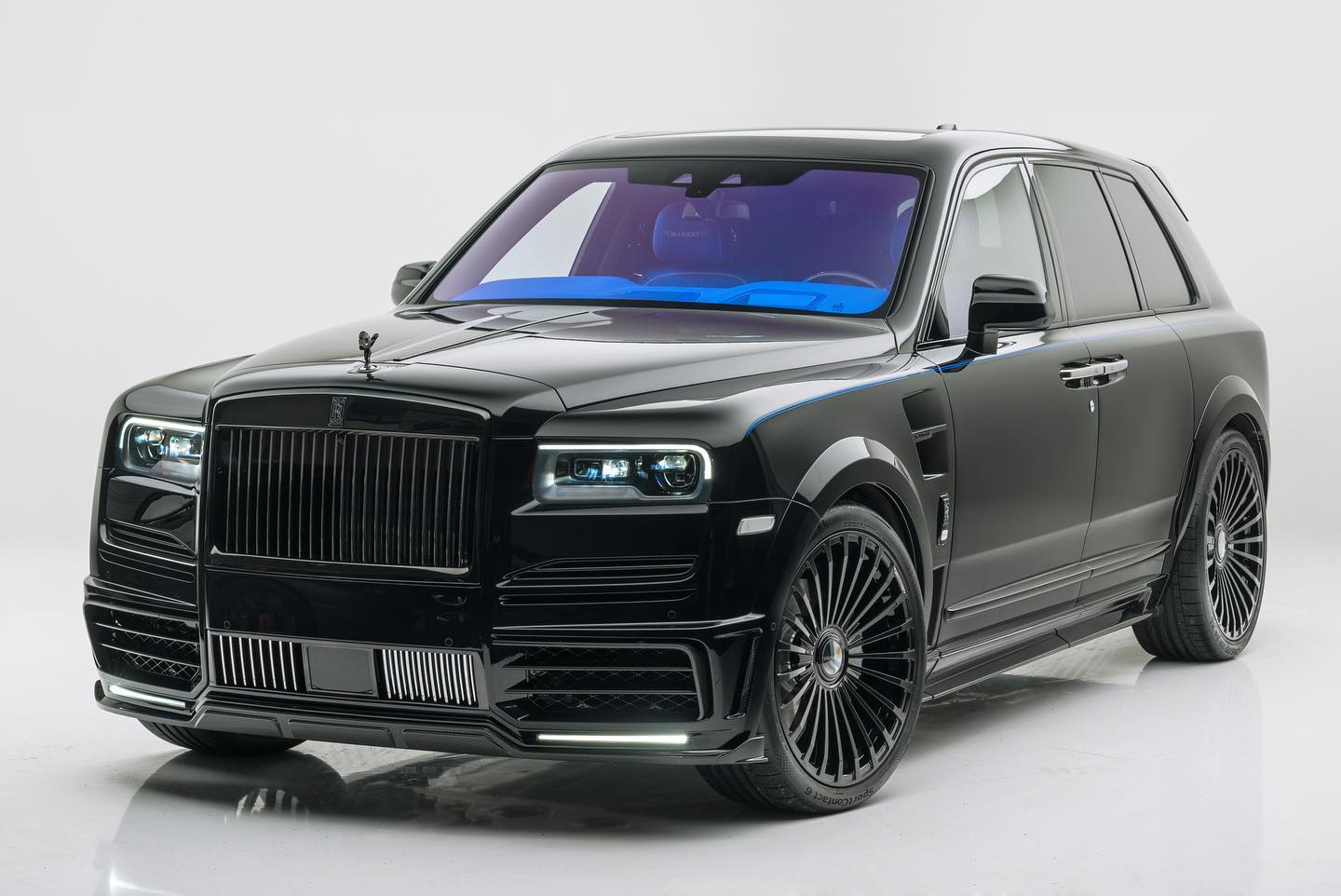 Mansory made a name for itself as a company that caters to the most expensive tastes out there. The German outfit is known for spicing up cars like G-Wagons, Lamborghinis and Ferraris among others and the double-R emblem couldn’t be left out. That’s especially true if we’re talking about their first ever SUV, the Cullinan. Since the ultra-luxurious ‘high-riding’ vehicle also got a Black Badge version not long ago, Mansory had to step up.

Therefore, their latest project based on a Rolls-Royce project is built atop a Cullinan Black Badge. We still remember the days when the tuner unveiled its kit for the Cullinan and how the ‘aficionados’ reacted. Nothing surprising, really, as Mansory is known for its controversial approach. As for this particular car, it seems like all the bells and whistles were pulled out to make it stand out as much as possible. 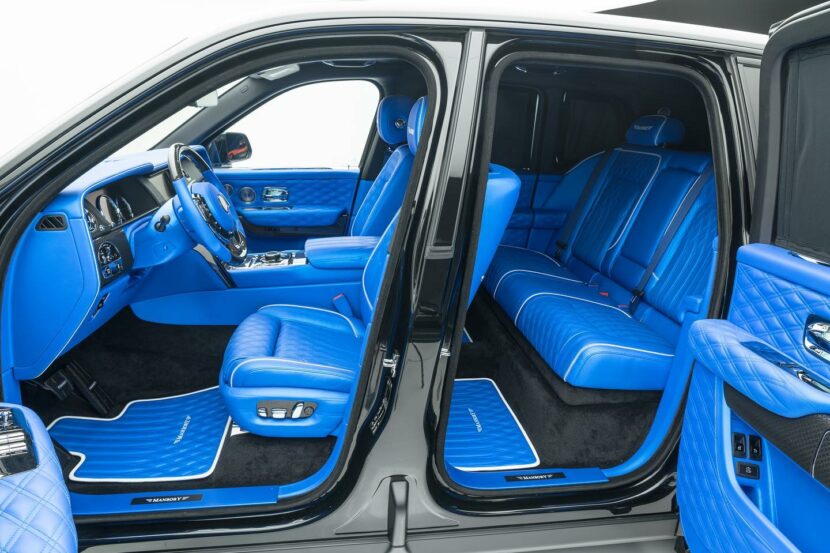 The luxury SUV is wearing a black on black finish on the outside with a single stand out feature: the coach stripe, which in this case has been done in a striking shade of blue. And you simply can’t miss it in that sea of black. The front bumper was changed too, the side sills as well , while the front fenders are now featuring side gills. The blue color for the stripe wasn’t a coincidence either. Open the doors and you’re welcome by a sea of blue, creating quite a powerful contrast.

Everything inside is done to Mansory spec, from the quilted leather on the seats to the same motif applied to the doors. Even the rich standard Cullinan floor mats were changed out with some Mansory-spec ones. and almost everything is wrapped int he same shade of blue. The notable exceptions are the steering wheel (which also has some carbon fiber bits) and the dash. There’s no mention of any upgrade happening under the hood but Mansory did mention this Cullinan can do 0-100 km/h in about 5 seconds. 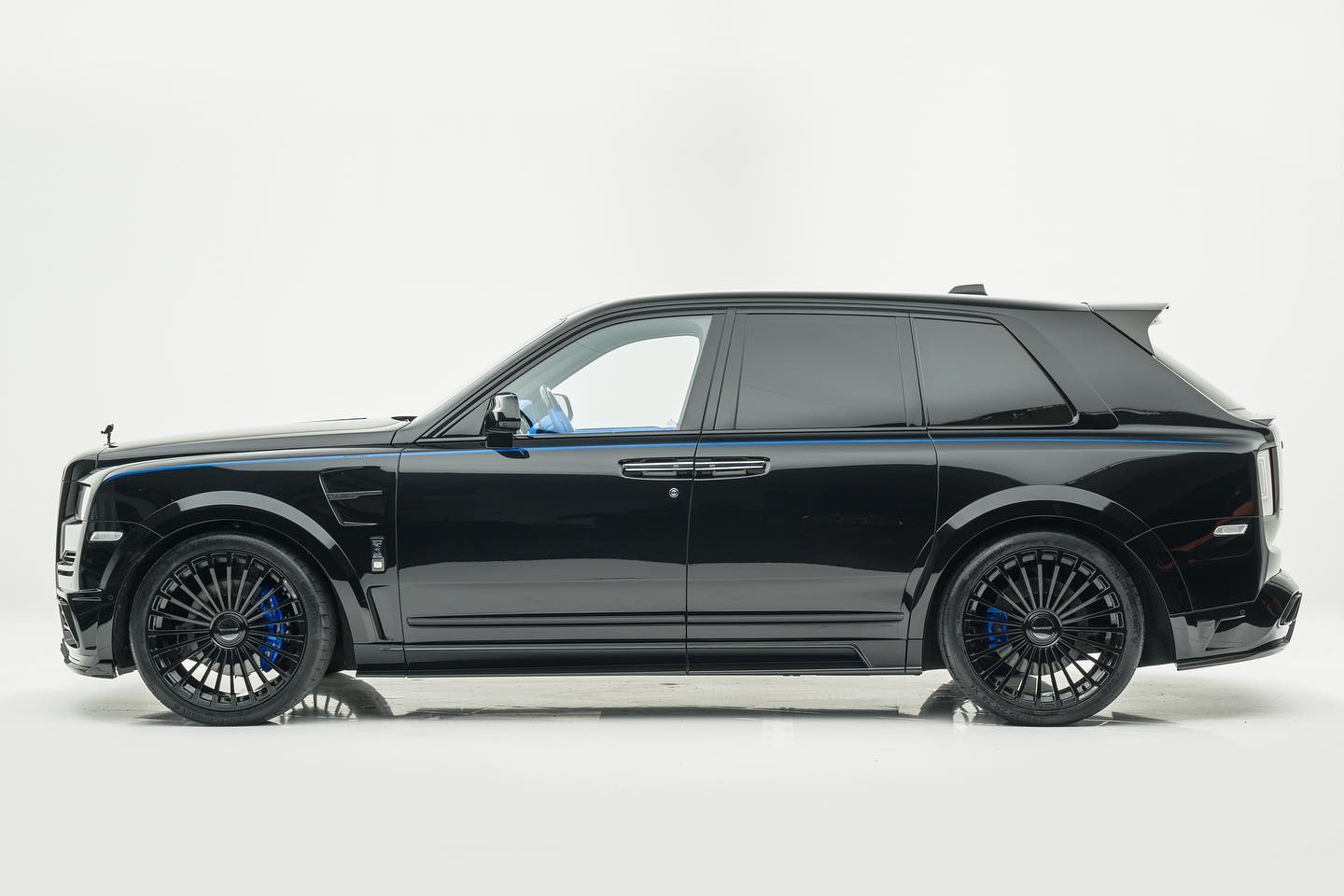 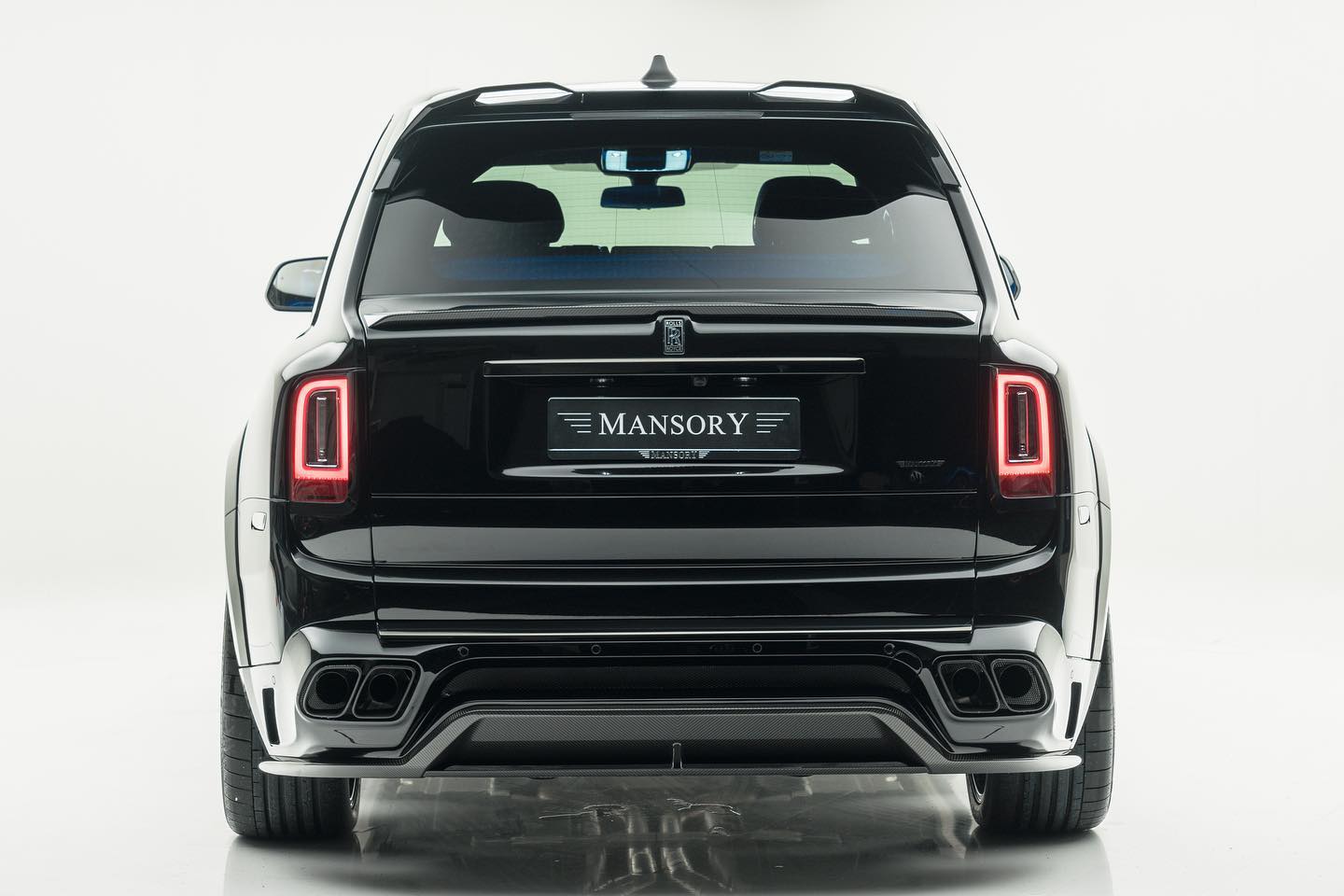 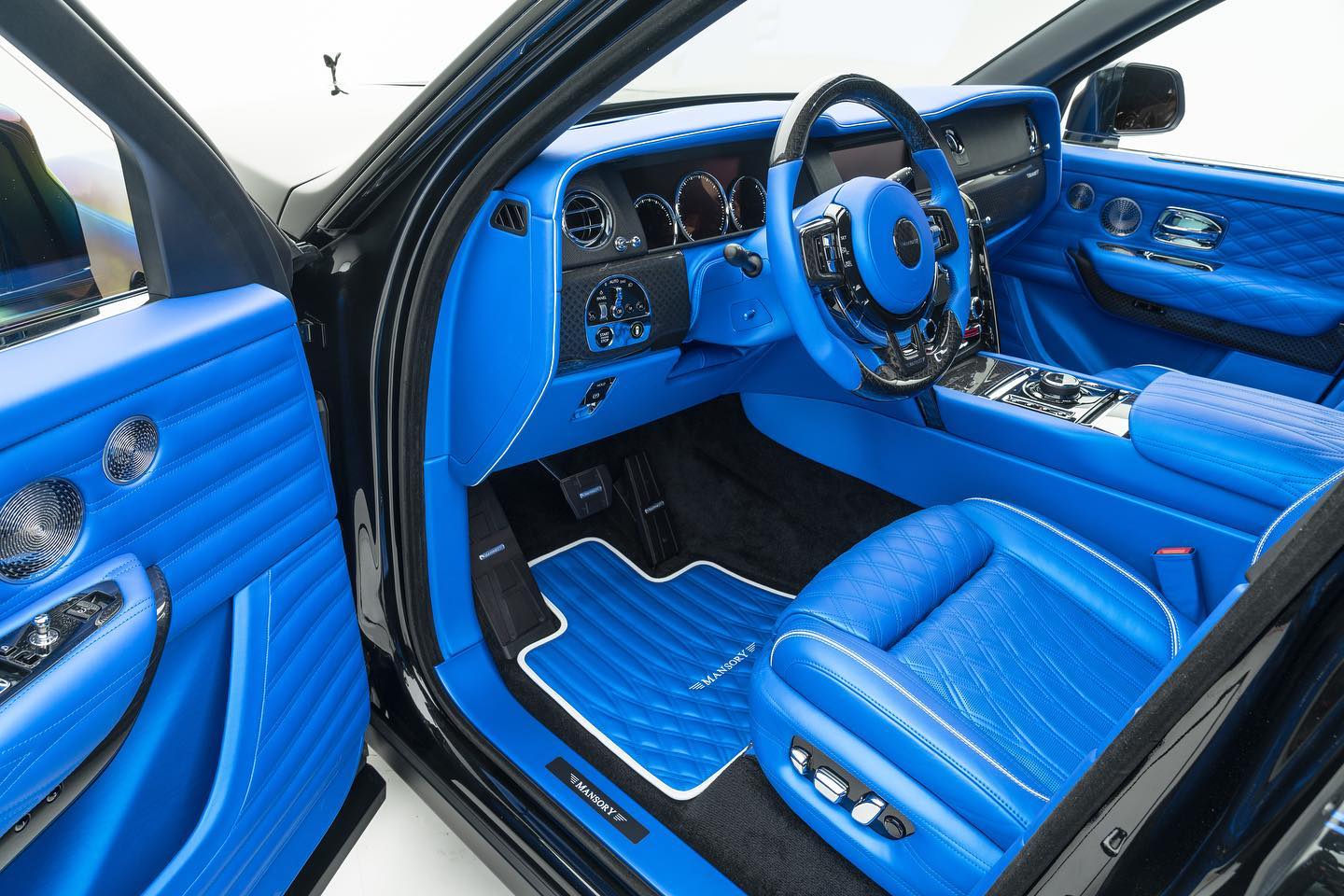 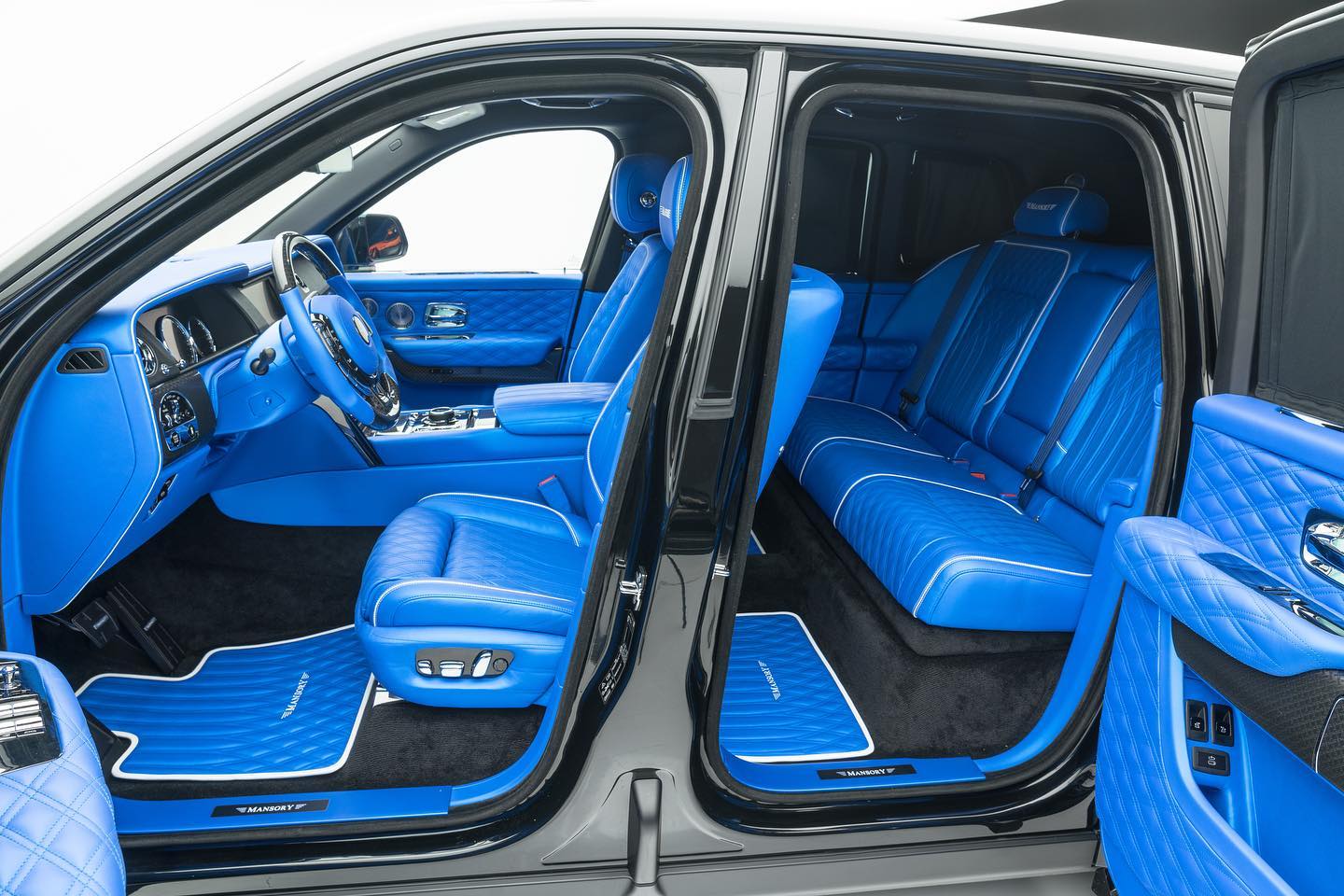 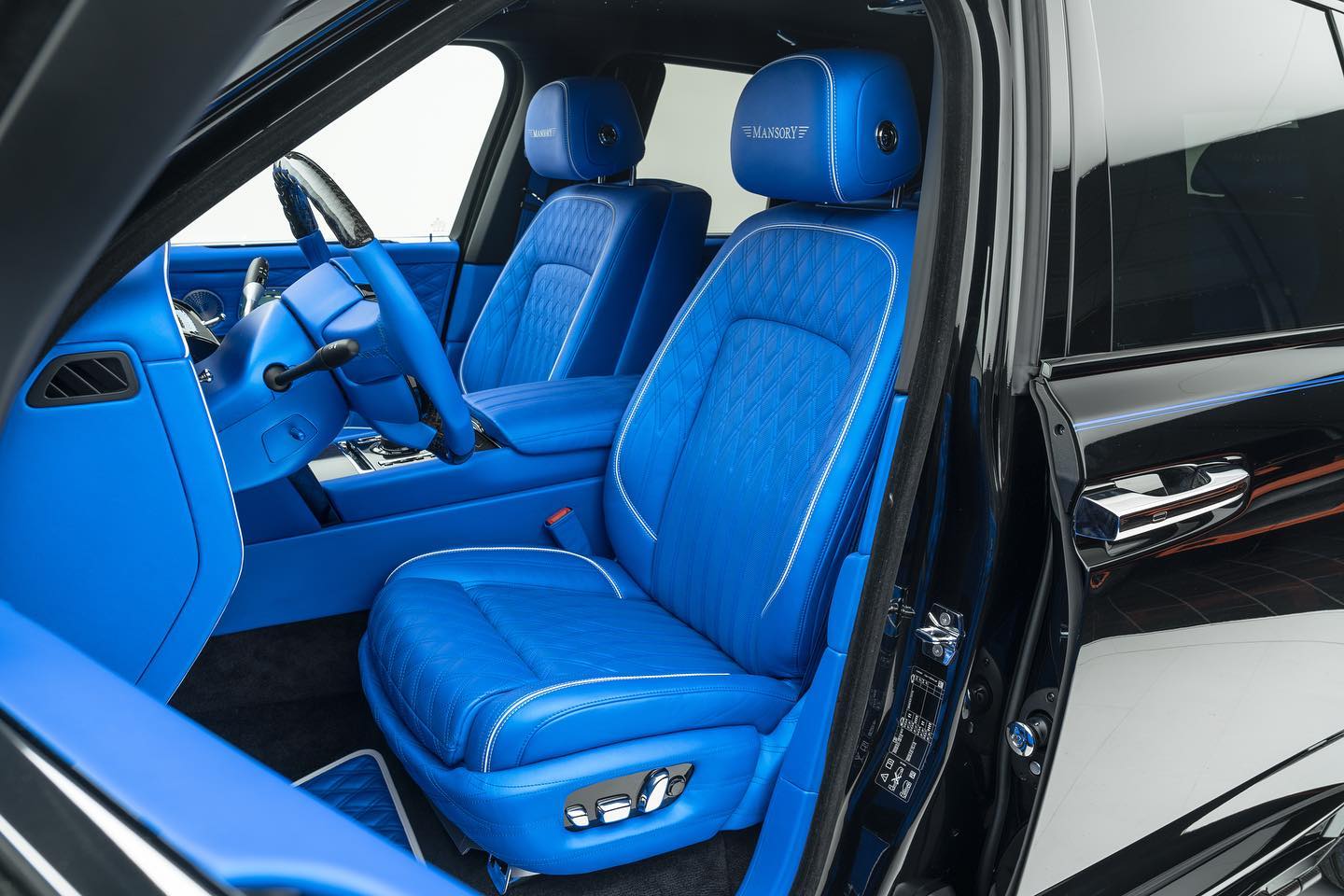 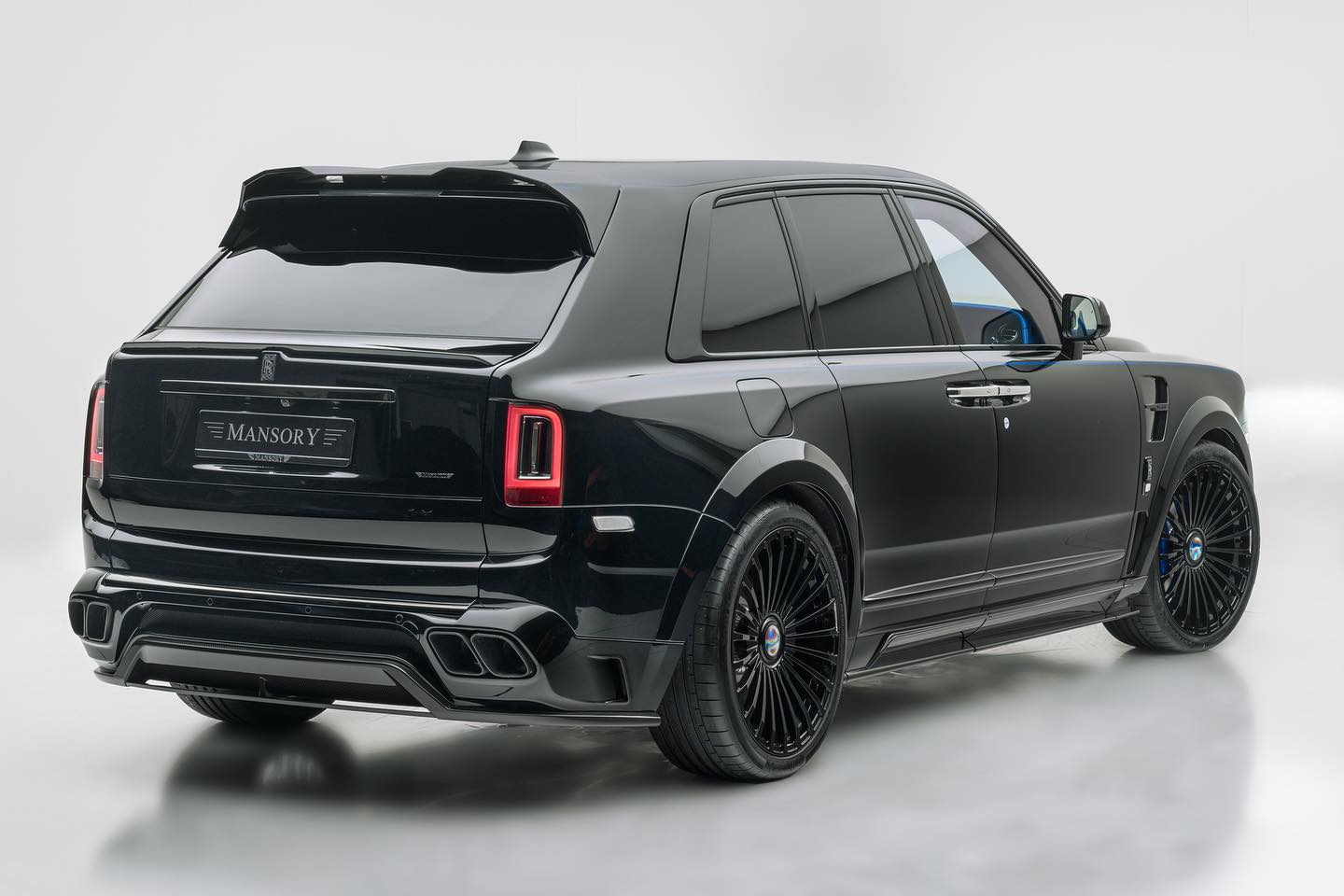