The MINI JCW GP is definitely the new kid on the block these days. Even though MINI has made GP models before, the new one is the most powerful, the fastest and the most expensive car it’s ever put together. Those titles definitely raised a lot of eyebrows and a lot of people have been wondering what it’s capable of. Due to that sort of curiosity, comparing it with the best of the best is inevitable.

The problem is, the segment the MINI JCW GP plays in doesn’t have a lot of hatchbacks with over 300 HP. Therefore, other cars were sought out to offer a proper challenge to the MINI. The guys from Edmunds stopped at the iconic Honda Civic Type-R. This is a car that has a lot of history behind it and has an incredible arsenal working for it. It also uses a 2-liter 4-cylinder turbocharged engine with just above 300 HP and it is front-wheel drive. 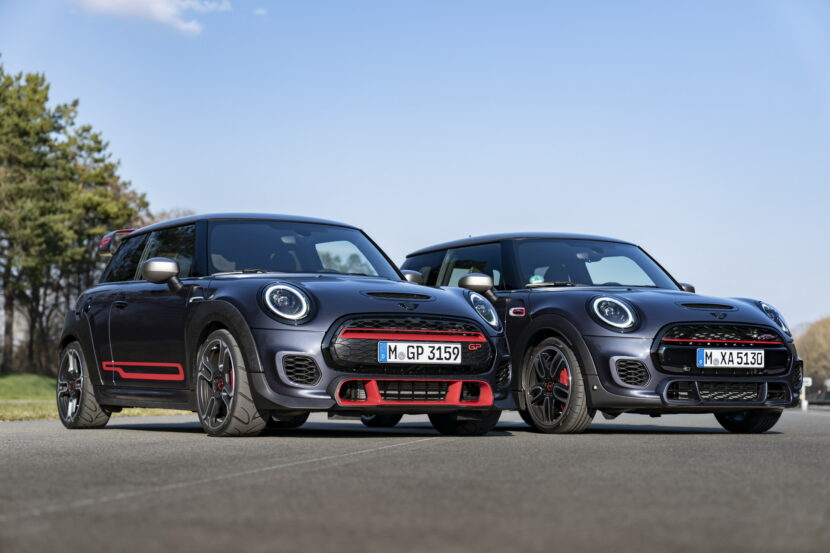 So far, it looks like a proper rival but the thing is, the Honda is considerably bigger. It actually has four usable seats inside and, the biggest difference of them all, comes with a manual gearbox. The rear seats are something you don’t get inside the MINI JCW GP. That’s because the engineers removed the rear seats and replaced them with a crossbar, which wasn’t done to improve the torsional rigidity so much as it was to save weight.

Therefore, on the test pad, the MINI wins. It won the 0-60, 1/4 mile and braking test, losing in the lateral grip section. Then the guys took the two out for a spin on the track and found a couple of interesting details regarding the two. Unfortunately, the MINI came out on second place for a number of reasons, clearly pointed out by the Edmunds team.