The BMW M2 Competition has been highly praised by the automotive industry and it has become the darling of the BMW community. At the same time, the Honda Civic Type-R has been getting glowing reviews ever since it came out. It put to shame some more popular cars as well in the past, all of them in FWD guise though. So it’s only natural, that someone has decided to have the Japanese car taking on a Bavarian RWD monster.

Before we jump into the video, let’s take a look at how the specs compare. The Honda now uses a 2-liter 4-cylinder turbocharged engine that’s on par with the latest offering from MINI in John Cooper Works Clubman and Countryman clothes. That said, it has 306 HP at its disposal and 295 lb-ft of torque. At the same time it is front-wheel drive, but it has a differential up front to help out with the traction. 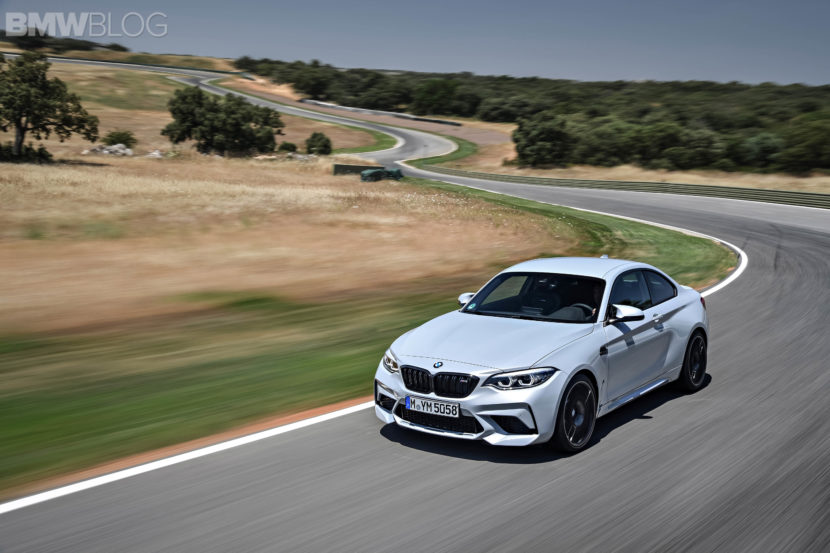 The BMW M2 Competition, on the other hand, has the S55 3-liter straight six engine under the hood with 100 more horsepower and 406 lb-ft of torque. It is also rear-wheel drive, of course and has an Active M differential at the back. However, while the horsepower numbers look to give it the advantage, the M2 is also some 500 lbs heavier than the Honda. On the track, that will prove quite important, not to mention the Civic is faster on the Nurburgring, BMW’s home turf.

While all those figures translated into an easy win for the BMW in the initial drag race, on track the extra 500 lbs of weight the M2 has to carry around might give the Type-R the edge. While I won’t divulge the winner here, letting you enjoy the video, I will say these two cars are praised by most journalists out there for good reason. They do put on a nice show!