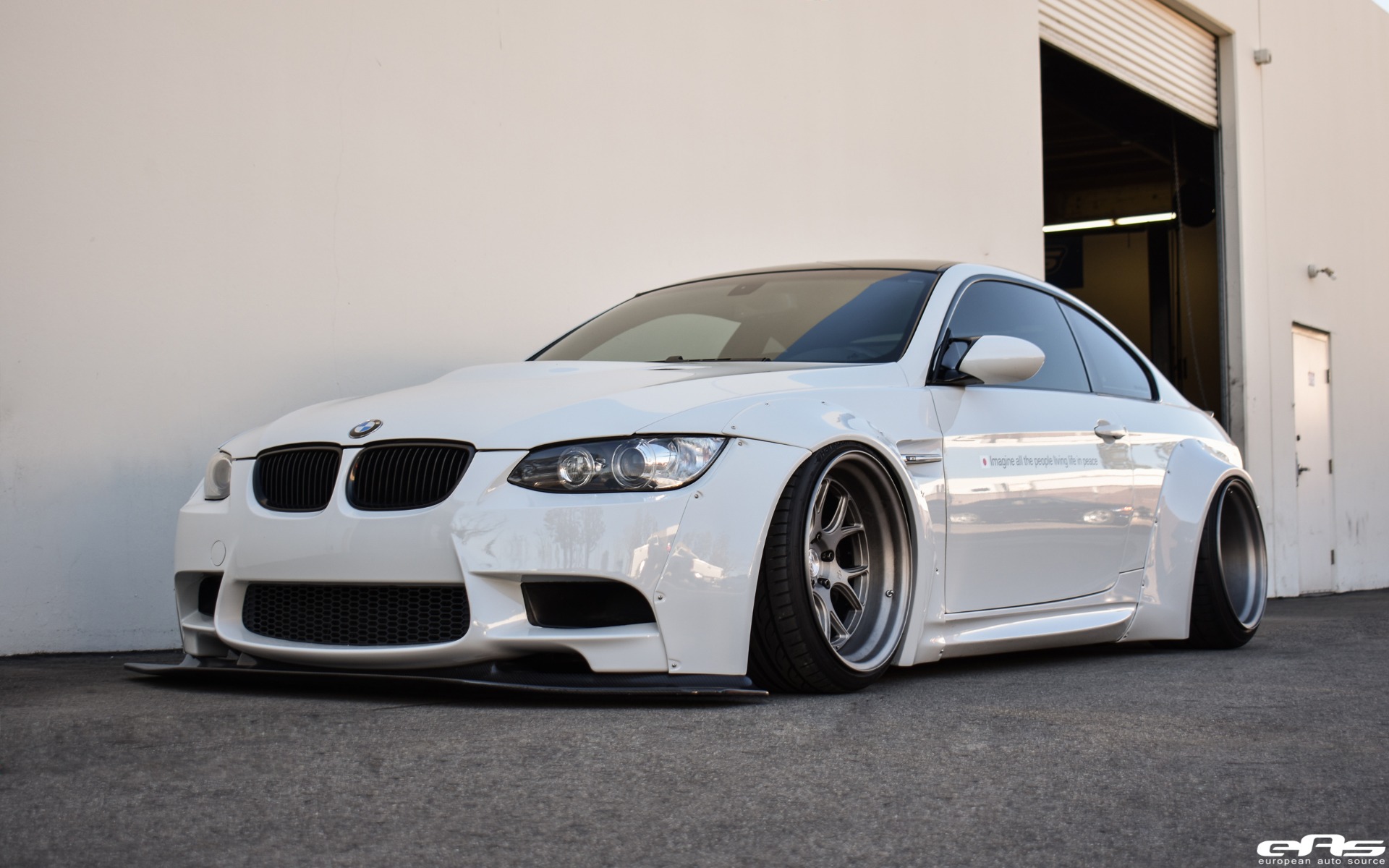 The jury is still out on Liberty Walk. The consensus on the widebody kit, especially their solution for BMW models, has not yet been reached. Simply put, the exaggerated body kit comes with a hate it or love it bag of emotions. With the exposed hardware and rough, somewhat industrial looking way body panels, the projects cars look like they came straight from a tuning show. On the other hand, the Japanese culture – from which Liberty Walk rose to power – it certainly transforms these vehicles to a form that’s so far away from what the designers in Munich imagined, that it could easily be mistaken for a computer-generated wet dream.

Established by Wataru Kato when he was 26 years old, Liberty Walk – as many others – started as a small business, operating from a small vehicle lot where they could only exhibit three cars. Throughout the years, the company has evolved into one of the biggest names in automotive tuning. To put it simply, Liberty Walk is among the bravest, cutting edge and revolutionary brands, seemingly capturing the current Japanese tuning zeitgeist like no other brand out there. 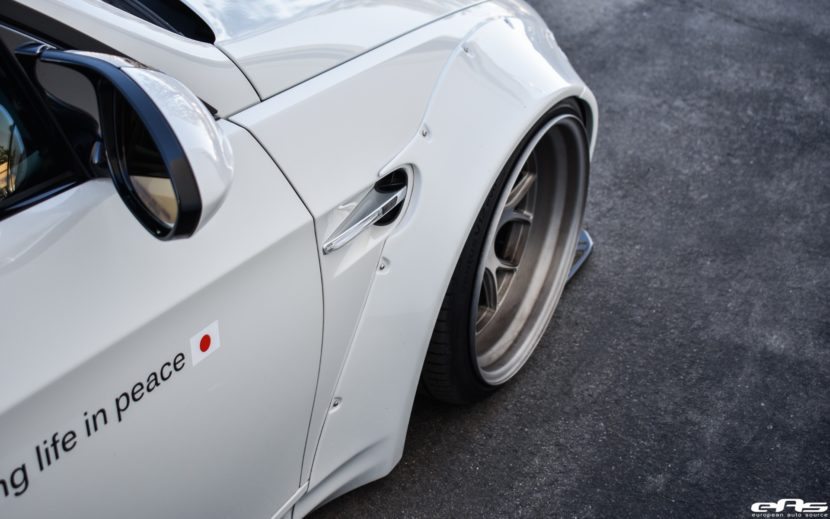 While mostly venturing into Japanese tuning at their beginning, today, Liberty Walk is the company behind some of the most popular widebody kits for a wide variety of Italian and German high-performance vehicles. One of these is the E92 M3 widebody kit, adding what can only be described as an epic exaggeration of M3’s body lines. In short, it’s so bad it’s really, really good.

The Liberty Walk widebody kit for the BMW E92 M3 consists of a front diffuser, over fenders and a rear diffuser, alongside with either a GT aero wing or a rear decklid spoiler. With a widened track, the E92 M3 needed a set of deep concave wheels. Thanks to their step lip configuration and a great looking Y-Spoke design, the wheels installed on this M3 fit the vehicle perfectly. 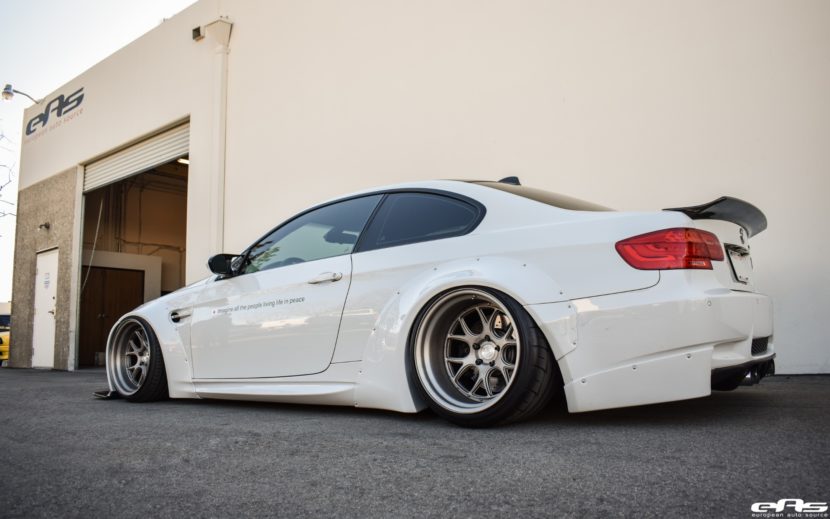 The owner of this airbagged, Liberty Walk’d BMW E92 M3 was recently at European Auto Source, where the owner took it to get its rod bearings replaced. In most cases, the BMW E9X M3 rod bearings should be replaced as a preventative measure before 80,000 miles, ensuring a lengthy and healthy engine life.

Take a look at what EAS was able to capture in a few short moments that this Liberty Walk BMW E92 M3 was at their shop. Let us know what do you think about this kit in the comments below. 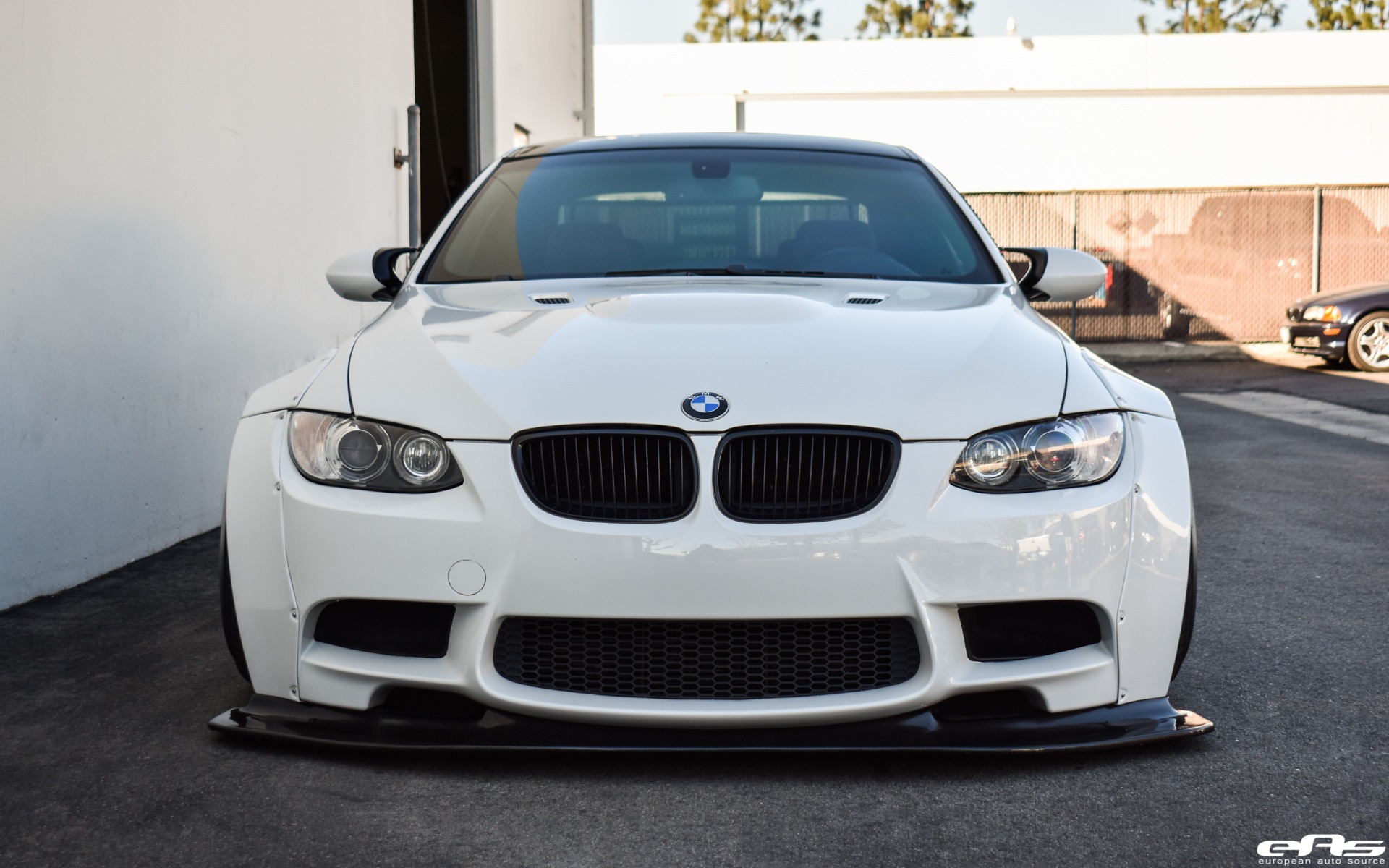 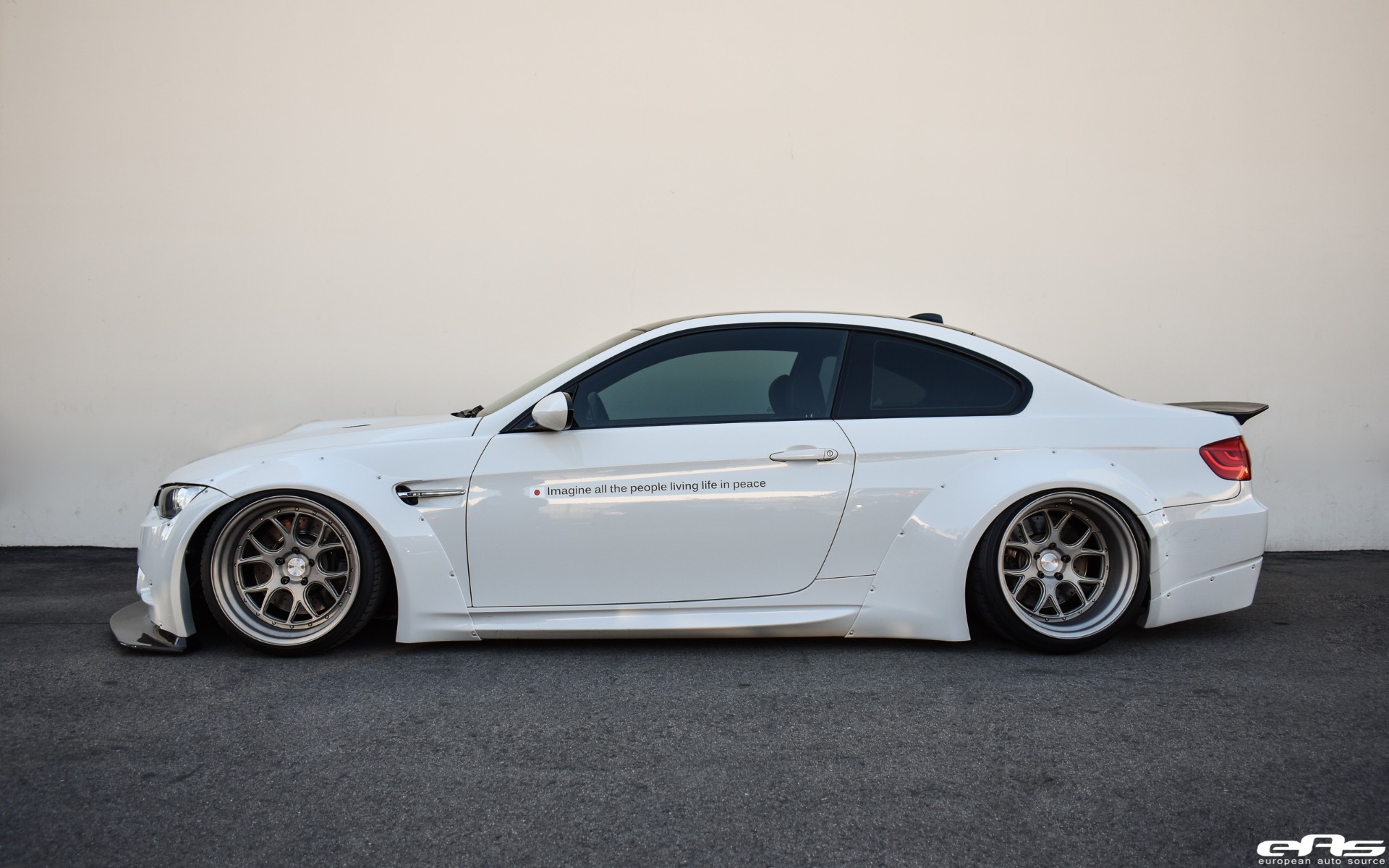 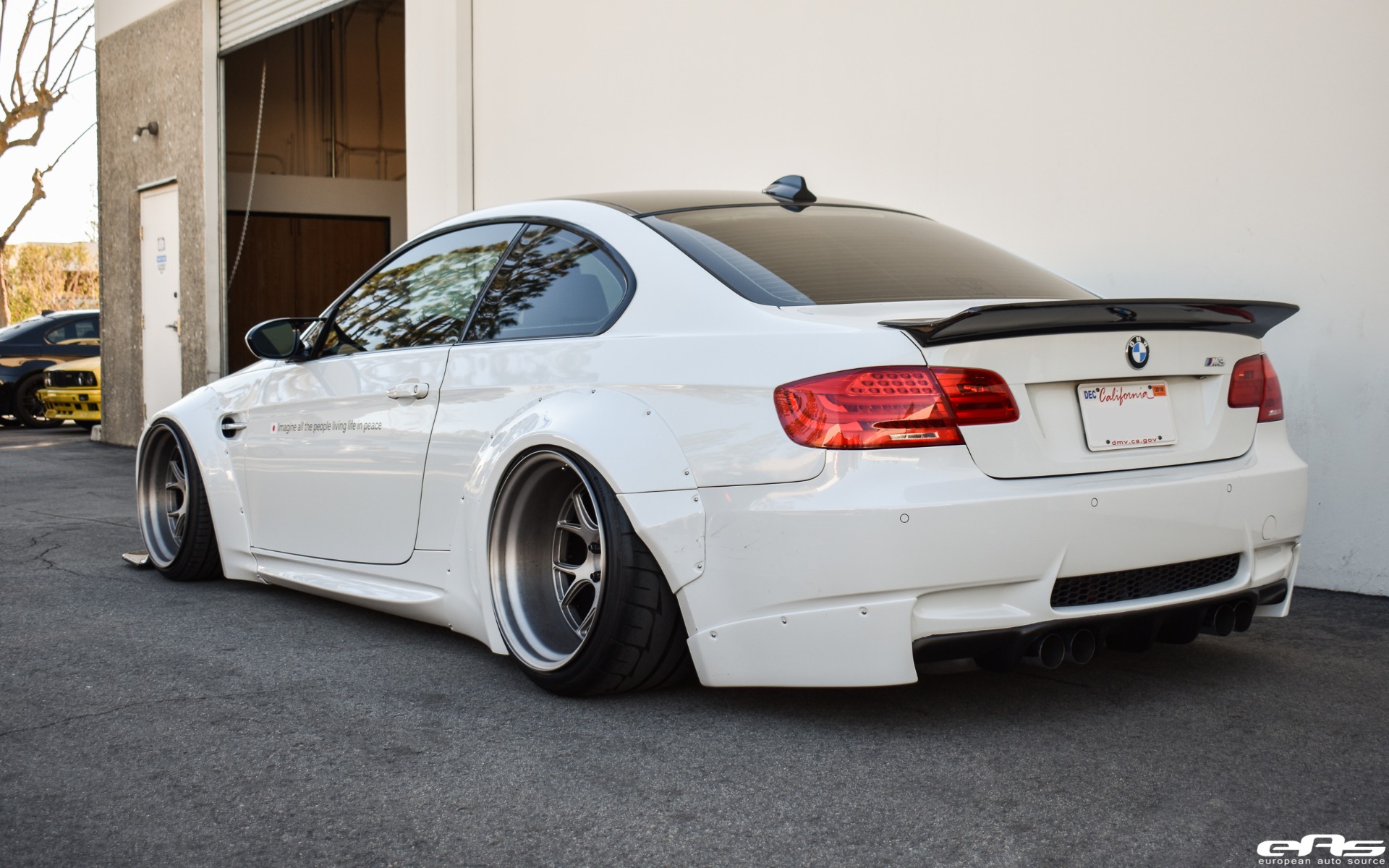 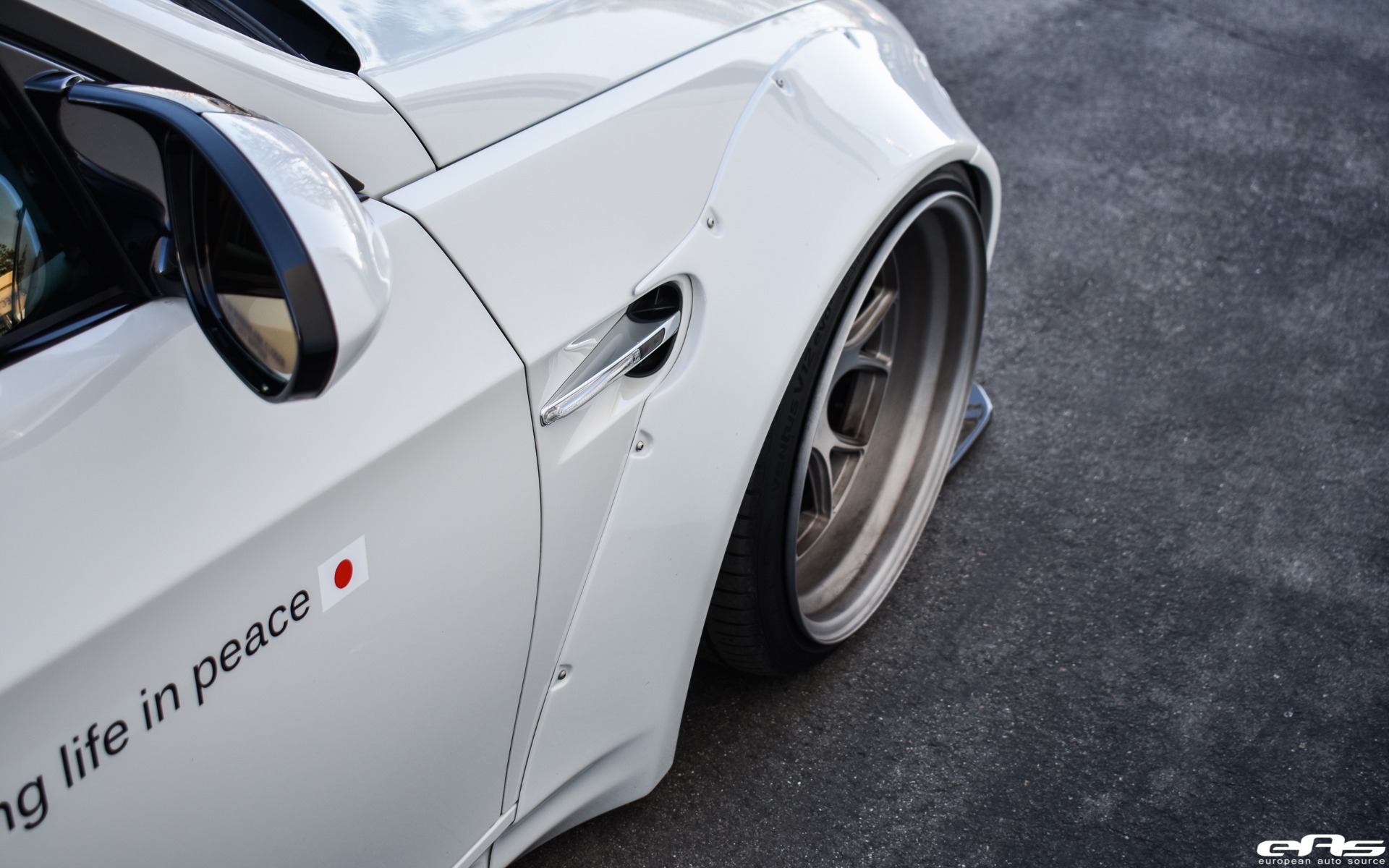 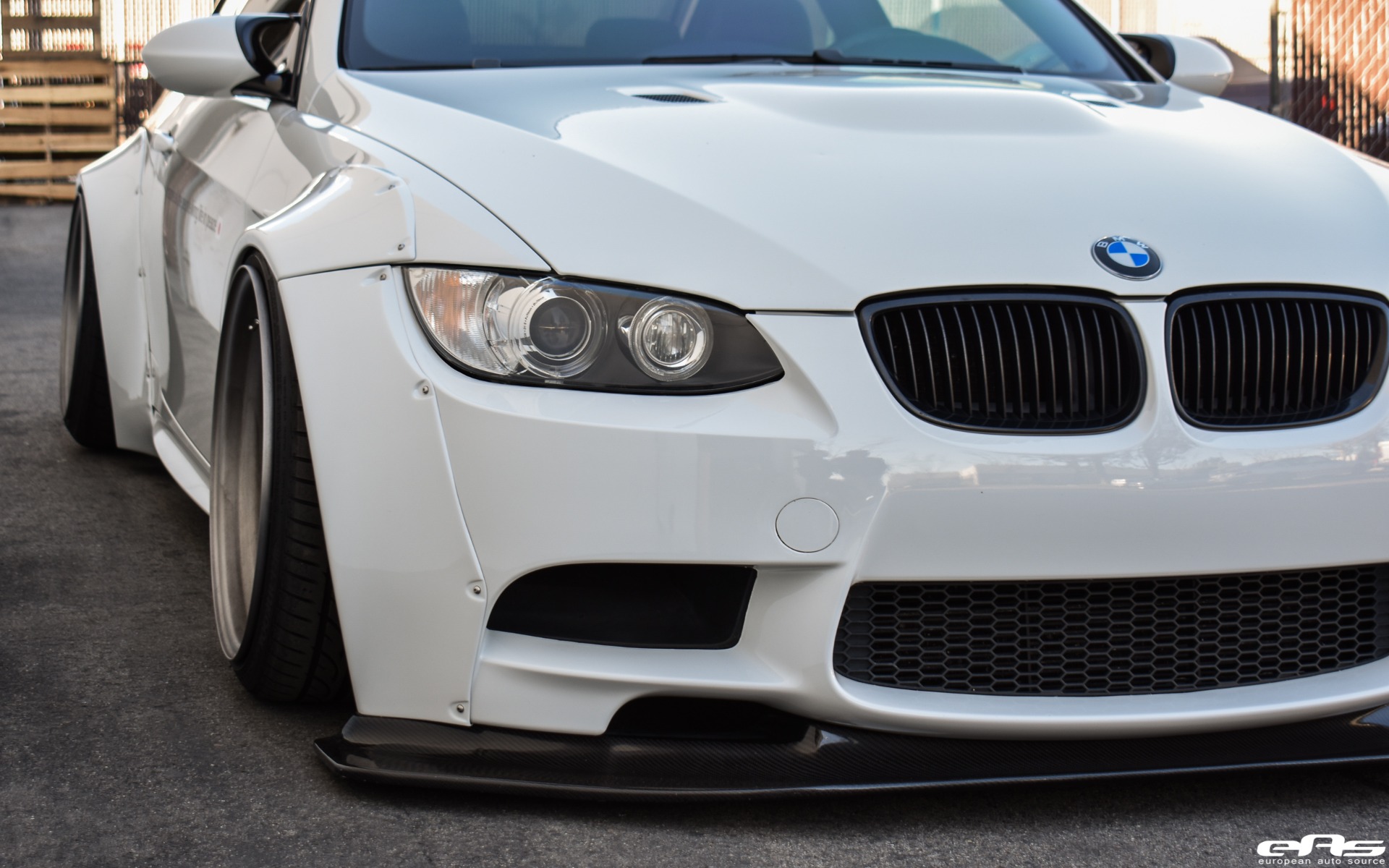 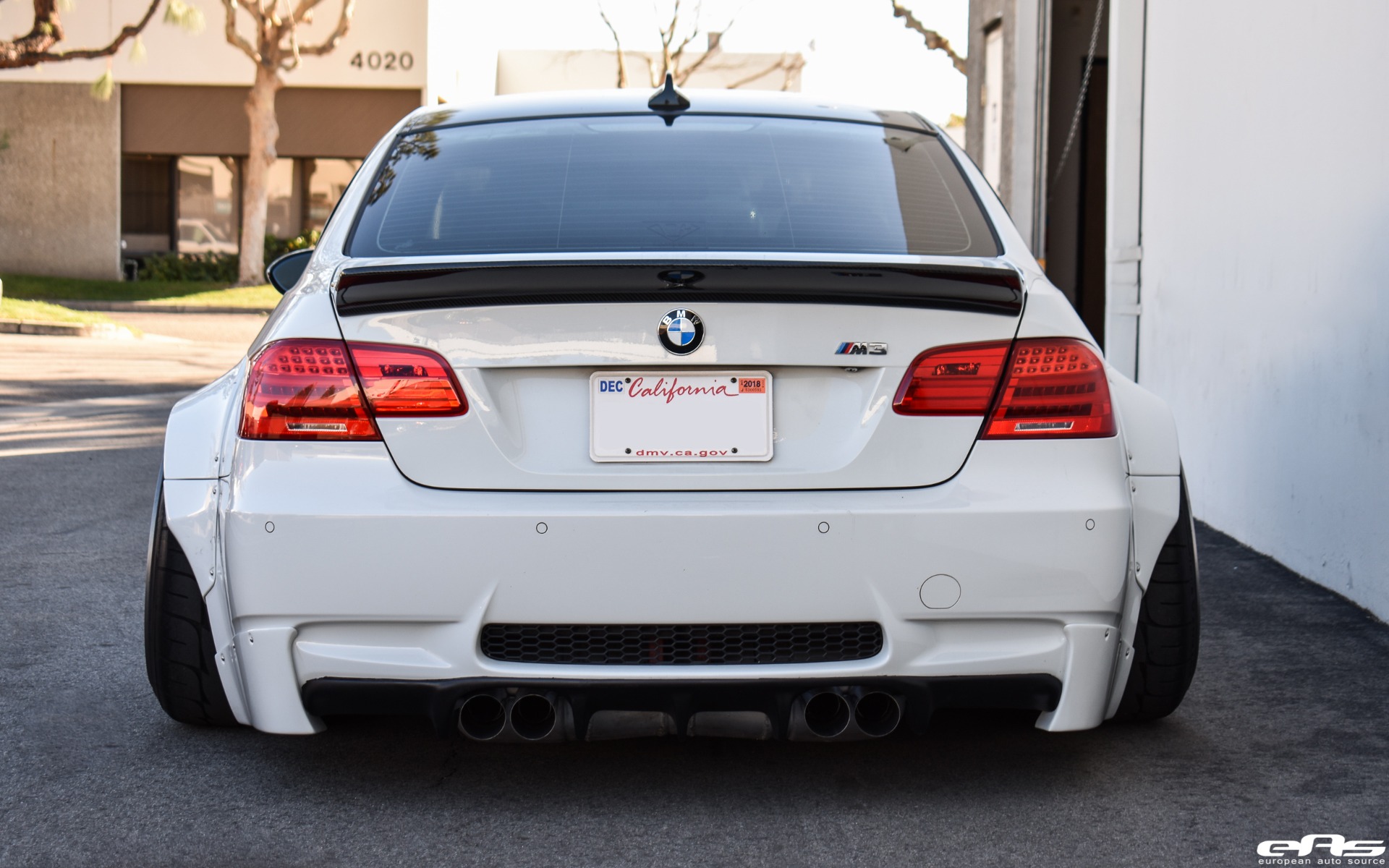 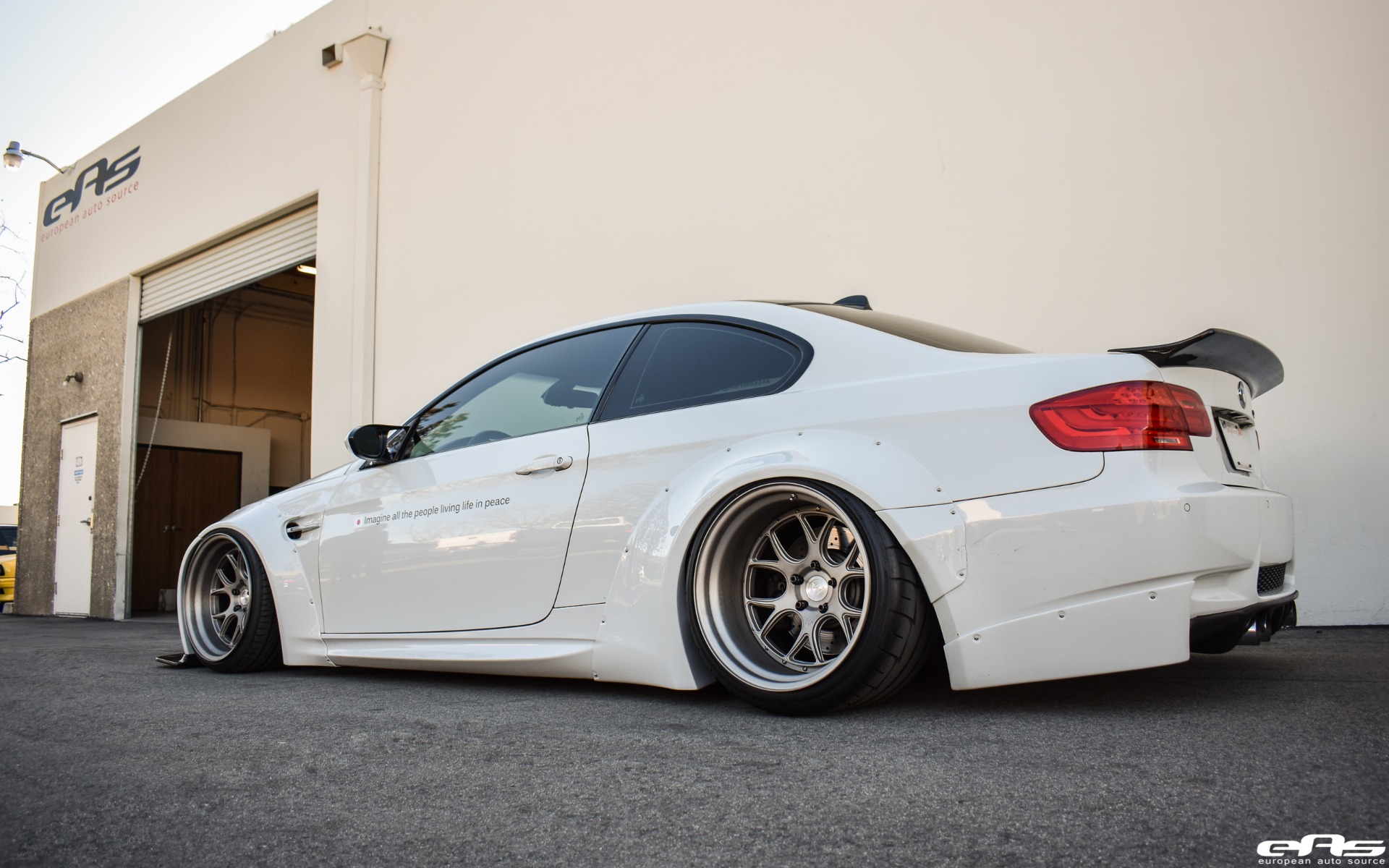