Whenever someone mentions a 650 HP BMW M4 ears immediately stand up at attention to see what this madness is all about. A car with a 3-liter straight six engine and that amount of power is surely going to draw a lot of attention to it and understandably so. This is a Stage 4 model, using E85 fuel and with more changes done to it than we dare count. However, as impressive as it may be, the car that’s racing on the other side of the drag strip is on a whole new level.

However, we’re talking about a BMW E30 3 Series which used to be a 325i back when it was new. Back then it used a straight six engine as well but those times are gone and today, the Bimmer is sporting an LM7 V8. The 5.3-liter mill must’ve also been drastically upgraded by its owner, judging by the speed it shows in the drag race posted at the bottom of this page. I’m saying that because the LM7 was used on cars like early 2000 Escalades and Tahoes, making under 300 HP in any application. 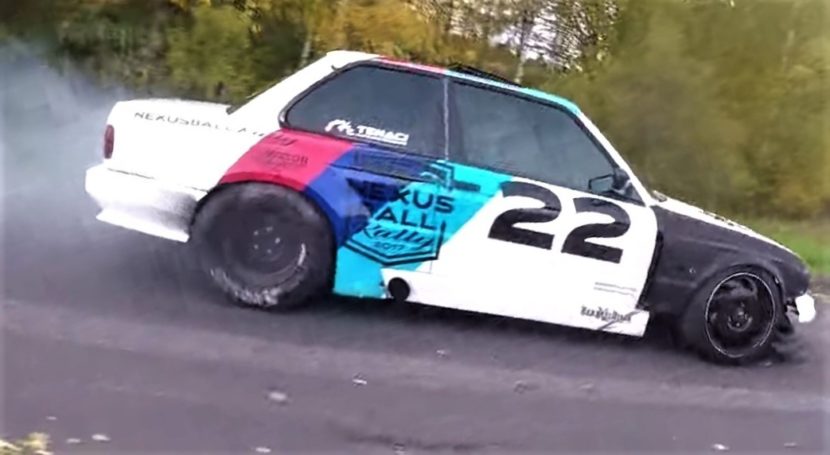 Since the M4 going up against it is pushing out 650 HP, we’re guessing the E30 here is also making around 600 HP. The weight factor also helps it finish the race ahead of its rival as well as the tires which do look like slicks. That said, the V8 is most likely turbocharged, despite the owner saying nothing about it in the interview at the end of the video. That’s not his fault though but the interviewer’s who simply forgot to ask about the specs.

Therefore you’re free to make your own estimates about the specs of the two cars. The race is interesting, to say the least, the M4 putting up a good fight but the E30 winning in the end. There, I ruined it for you but you should still watch it to see that granny go!