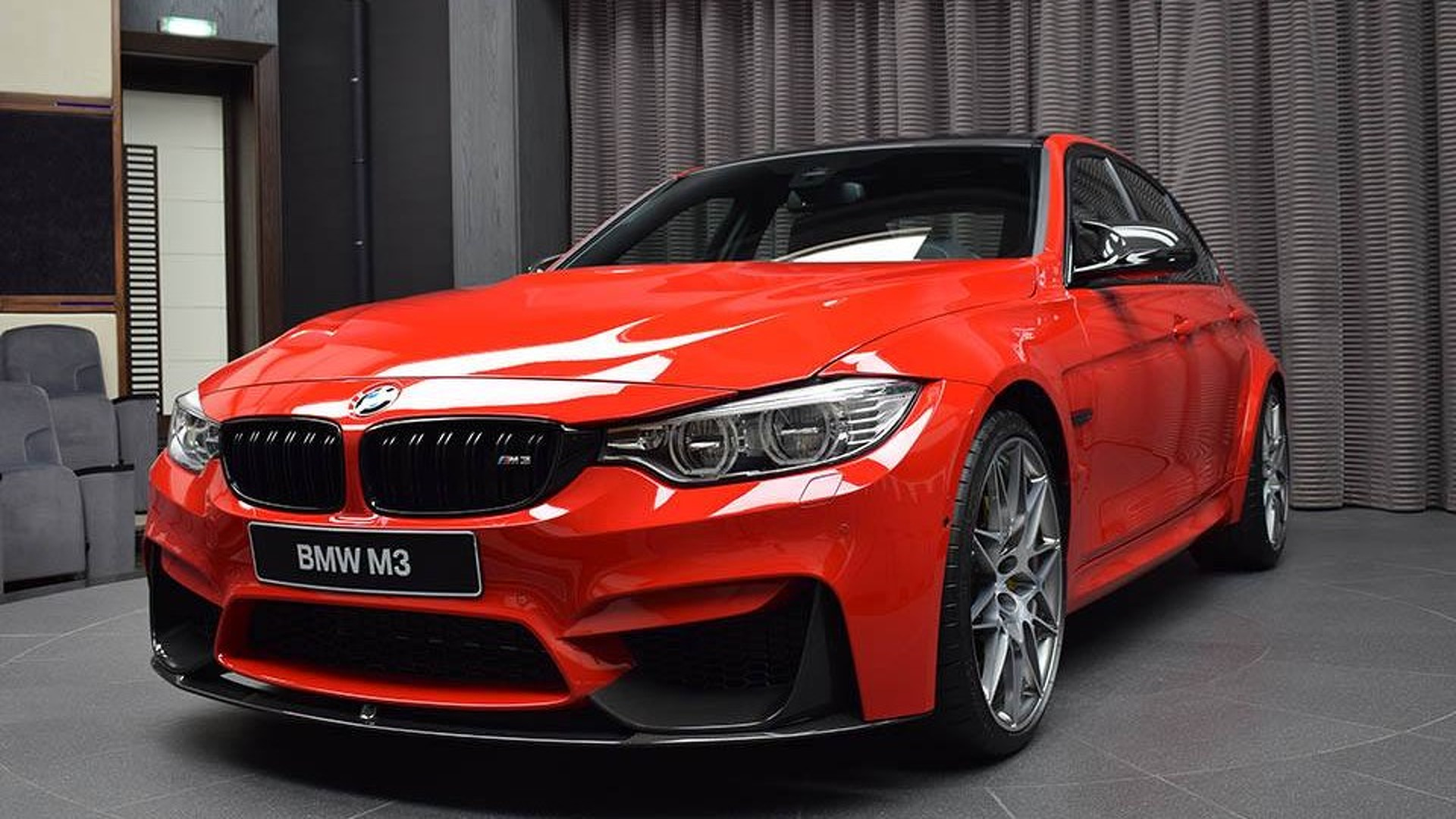 DriveTribe previously put the BMW M3 Competition Package, Alfa Romeo Giulia Quadrifoglio and Mercedes-AMG C63 S to the test in a drag race to see which was fastest. They deemed the Mercedes-AMG the winner of that drag race, even though the Alfa seemed like the fastest car most of the time, thanks to its quickest run to 150 mph. But that was only part one of the comparison test for these three cars. Part two was to be a track battle, to see which car was fastest at Anglesey.

In this latest video, that’s exactly what we see. These three cars get lapped around Anglesey as fast as they can go to see which is the best track weapon. All three cars were flogged by Jethro Bovington, who properly pushes these cars to their limits. So which is the fastest?

Well, the Alfa goes first, so the newcomer can try and set the standard. It’s a bit squirrelly around the track, as it wants to oversteer everywhere and it isn’t the most controllable car in the world. It’s fast, very fun and very exciting but you can just see it losing speed, as it pushes its tail wide. Its brakes are also a bit odd and the pedal feel isn’t the best. But it’s a fun car to drive and it has a brilliant engine. The Alfa set a lap time of 1:41.55. So let’s see if the BMW M3 can do any better.

After the Alfa, the M3 takes its lap. Immediately, you can see the difference in the two cars from Bovington’s view. The M3 has some initial understeer, which the Alfa didn’t seem to have, but it transitions to oversteer on throttle really nicely and can just be pushed right to the edge of the apex. It seems like a far more balanced and neutral car than the Alfa. It will oversteer as well, as we know the current M3 to do, but it’s more progressive and more controllable. It has a lot of balance. Its brakes are also better than the Alfa’s. Its engine isn’t quite as sweet but it’s powerful and works well. But one of the real benefits of the BMW M3 is its DCT gearbox, which is snappier, easier to use and better geared for track use. The M3 set a blistering time of 1:40.16.

After the rapid lap of the BMW M3, the Mercedes-AMG C63 S tries to beat it. Its monster V8 power is capable of overcoming its weight, as we saw in the drag race, but that weight can become an issue on the track. The AMG oversteers quite a lot but it’s more fun to drive than the Alfa. It’s more neutral and more progressive than the Italian but wilder and crazier than the BMW. It’s a good middle-man between both cars. Its steering is good and its balance is impressive for such a heavy car. Though, it’s let down but its transmission, which you need to time well or you’ll bounce off the rev limiter and slow yourself down. In the end, the AMG crossed the line in 1:41.73.

So the AMG was the slowest car in the test, with the Alfa in the middle and the BMW M3 as the fastest. It’s a decisive victory for the BMW M3, where it shows off its motorsport pedigree well. Next video will determine which car is the most fun by hooning them around the track, stopwatch be damned.