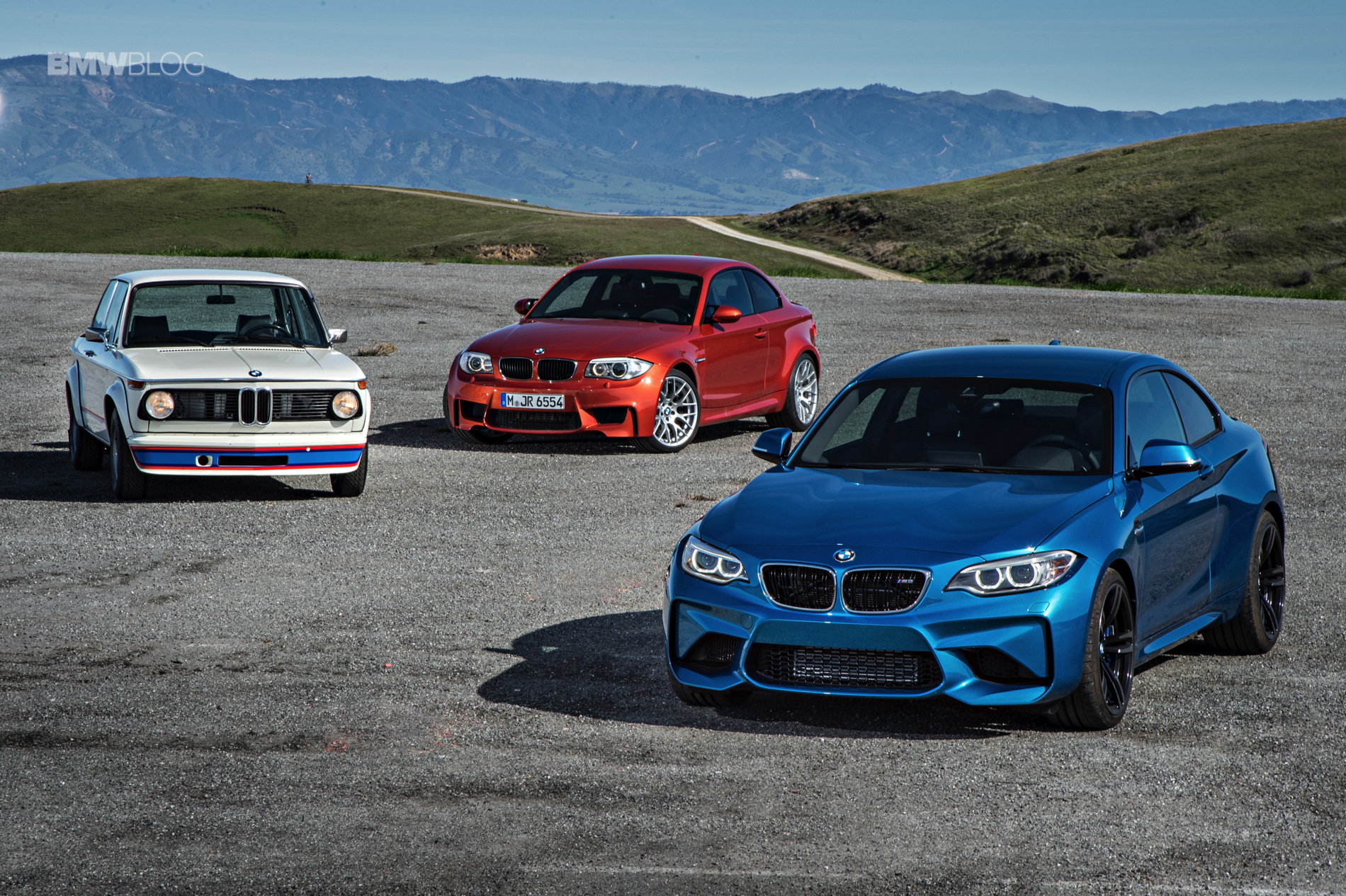 The true test for the BMW M2 is not how it compares to its rivals, but its predecessors. We all know that the BMW M2 is going to be fun and fast and probably better than the competition, but it’s the M2’s own heritage that could be its undoing. The BMW M2 follows a rich line of M cars that have stunned enthusiasts and are now firmly cemented in the automotive hall of fame. So the M2 has a lot to live up to and will be constantly compared to its historically excellent predecessors.

So, when compared directly against them, how does the BMW M2 stack up?

Surprisingly, very well. Top Gear recently was fortunate enough to get these four cars together, the BMW M2, 1 Series M, E30 M3 and 2002 Turbo, the latter three being the cars that founded the principles on which the BMW M2 was built. When comparing them directly, and driving them back to back, what Top Gear found is pretty astonishing. After 40 years of honing, BMW’s M Division has still got it. 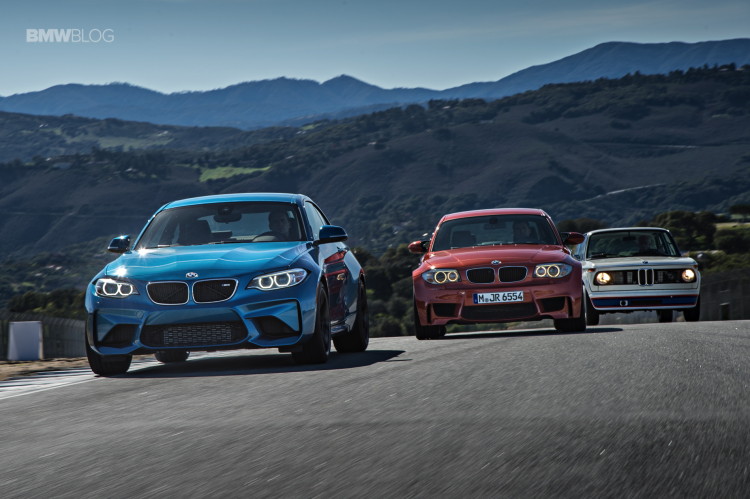 Obviously, the BMW M2 is a modern reboot of the previous small M cars. It’s never going to be as light, small and delicate as they were, as no modern car will ever be again. That’s life. However, it captures their essence, their reason for being, in a modern package that can be enjoyed as much today as those cars were then. Audiophiles will claim vinyl to be the better sound, but listening to classic digital music through a Bang & Olufsen surround sound system is pretty awesome as well. So there’s nothing wrong with a modern reboot.

The BMW 2002 Turbo is really the car that started all of this, with its monstrously laggy turbo and tail-happy shenanigans, but its message has been carried out by each and every car here, just carried out for their respective times. The E30 that followed wasn’t turbocharged, but its engine was sweet, its handling even more precise and delicate with its tail decidedly out. Many moons after the E30 M3 came the BMW 1 Series M, probably the first modern BMW to truly capture the spirit of its predecessors. Most like the 2002 Turbo, the 1 Series M put its power down in big gobs of turbocharged torque and liked to stick its tail way out. Just like the 2002 Turbo, the 1 Series M will bite, but not too hard. This leads to the BMW M2.

BMW’s latest in small, fun M cars seems to deliver on all of the principles that made its predecessors so legendary. Firstly, it’s the right size, despite the fact that it absolutely dwarfs the older cars. But it’s the right size for right now. It also feels connected to the road, reading the road surface and communicating it back through the wheel as if your hands had replaced the front tires. The steering is sharp and precise, like an M car should be, and its chassis balance leans more on the side of oversteer. The M2 likes to play. It’s properly quick by modern standards, but it doesn’t feel overpowered. It feels perfectly powered to be fun, exactly what the older M cars were about. They aren’t trying to out-muscle everyone else on the block, but be powerful enough and fast enough, while handling great, to put a big grin on the driver’s face. That’s what the BMW M2 does.

So when compared to its ancestors, the cars that built the foundation on which the BMW M2 was built, it holds up well. While it may not embody the absolute purity of those cars, there’s no way it could. It’s built in a different time when needs and requirements are vastly different. However, it’s a modern interpretation of those cars and that’s the most we could have possibly asked for.