The Story We Purposefully Missed

If you followed news accounts of the 2014 NAIAS you will surely have seen the glowing coverage of the new Ford F-150. The big truck has been through a crash diet and has trimmed about 750 pounds off its previous 5,000+ pound heft. That’s a substantial savings, so much so that the new base V6 is now a 2.6L unit. It is hoped the new F-150 will return 30 MPG highway in its most miserly incarnation.

The trick Ford employs to save weight is an aluminum cab and bed atop a high strength steel frame. The aluminum alloy chosen is touted as military grade (basically one of the 6000 series aluminum alloys) and it brings new processes and procedures for Ford service shops.

The Ford F-150 is the largest selling vehicle in the US so any major changes to the F-150 are worth reporting. In the context of BMWBLOG’s target market though, not so much – and a very conscious decision was made to spend time elsewhere during our two days in Detroit.

The Stories We Purposefully Covered Outside of the German Marques 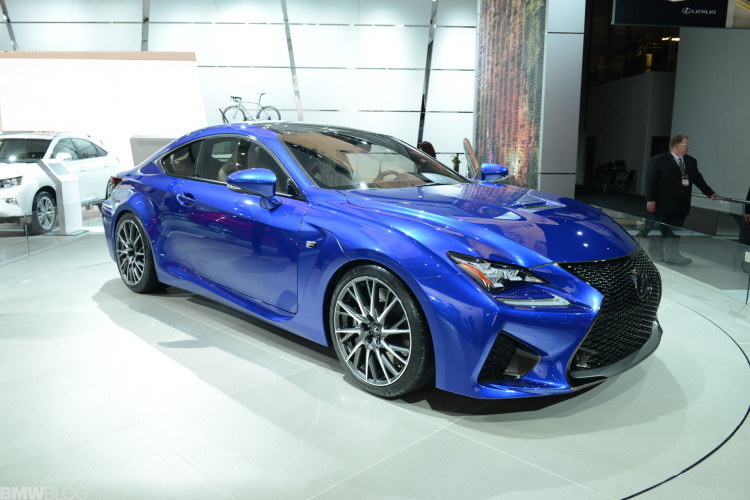 Lexus and Toyota were in our cross-hairs this year and with the reveal of the RC F and FT-1 we weren’t disappointed. The Lexus RC F was unveiled on Tuesday and joined the RC 350 (which BMWBLOG covered in pictures and words previously) on the show stand. This is Lexus’ M4 fighter and it contains some interesting tech. The RC 350 will compete against the BMW 435i. We will have to wait until we can drive the RC 350 to comment on its competitiveness, it does appear that Lexus does want to acquire a more sporting image within its lineup.

The Toyota FT-1 was a real lightning strike, a bolt from out of the blue. Based on a review of the pictures we took it does not appear that this is a near-production vehicle yet (especially if its based on a carbon fiber passenger cell). But its Ferrari-esque proportions (and coloring) certainly do make a statement. It was – without a doubt – the best pure concept vehicle shown.

The new Ford Mustang was covered because it is growing up and offers a good alternative, at a decent price point, for enthusiasts. Changes, for the better, to both front and rear suspensions and the boosted four cylinder offering make the new Mustang a serious candidate for track day junkies.

One of the other items we covered was the reemergence of the two door shooting brake. A wagon like vehicle, often in SUV guise, the shooting brake seems to be in ascendance given the number of concepts shown.

Thoughts on the German Marques

This show is important to the German car companies and one tipoff to that is the VDA press conference held early on Monday. VDA stands for ‘Verband der Automobilindustrie’, or Automobile Industry Association, the German equivalent of what was the Automobile Manufacturers Association in the US (replaced by the Alliance of Automobile Manufacturers, which includes more than just US headquartered manufacturers). That VW, Audi, Porsche, BMW, and Mercedes Benz are at the Detroit show in force is reason enough to squeeze in a VDA meeting for good measure.

The best in show for the Germans, in my estimation, was not the M3/M4, or M235i unveil, the Golf R, or the Porsche 911 Targa (as clever as that roof snatcher is), but rather the Mercedes Benz C-Class. The C-Class is at the heart of Mercedes Benz offerings and they know, that regardless of how good the exterior appears, customers are won over by the interiors – the space they spend time in. And the new C class interiors are absolutely gorgeous. One little jewelry detail that caught my eye in the interior of the C class was the speaker coverings for the Burmester stereo. The design incorporated an f-hole, the opening in orchestral sting instruments, a nice touch in a well sorted out interior. 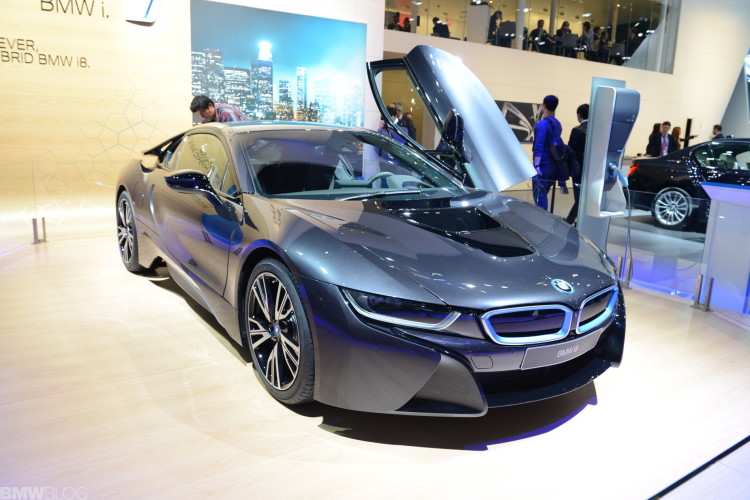 But what also stood out clearly was how far ahead the i3 and i8 are from their competition. No one else was showing a pair of next generation electric/hybrid cars with such extensive use of CFRP. And, to be honest, it may be a few years before we see competitors with the same technology. There is good reason to believe that BMW is that far ahead of the competition regarding the mass production of CFRP.