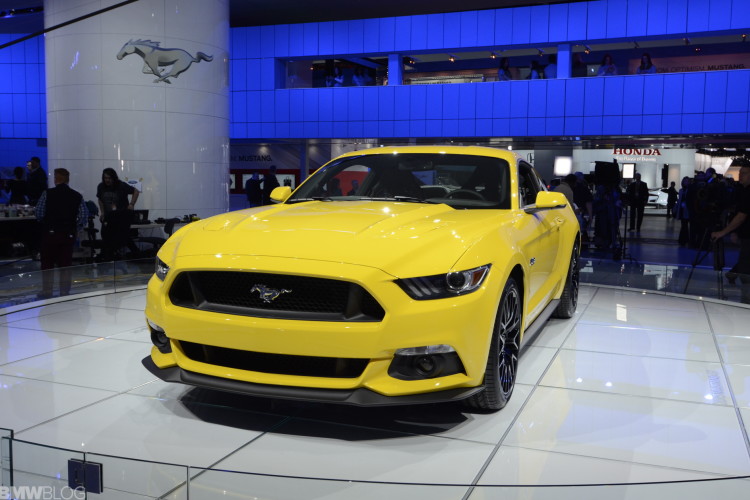 The 2015 Ford Mustang exhibits the styling cues Ford displayed on its Evos concept, which debuted at the Frankfurt auto show in 2011. While still retaining visual identity with Mustangs of yore, the 2015 Mustang is better integrated into Ford’s family styling.

That is readily apparent in the front grill, which echoes the grill found on the Focus and Fusion. In back, however, the sequential tail-lamps mark this car purely as a Mustang.

Ford will finally offer an independent rear suspension throughout the Mustang range (there were periods at the turn of the century where specific models offered IRS). 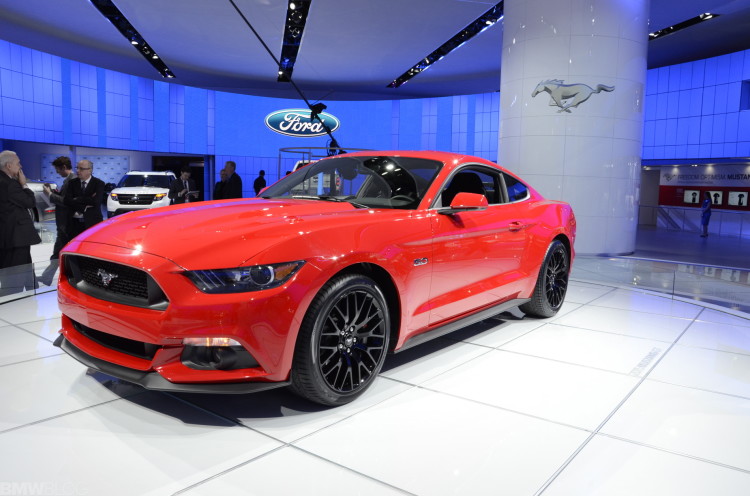 The new Mustang will have three engine offerings. A base 3.7 liter V6 will make approximately 300 HP and 270 lb-ft of torque. An optional EcoBoost 2.3L turbo-charged four cylinder (the first four offered in a Mustang since the SVO Mustang of the 1980s) will be a step up from the V6. The four is purported to produce 305 HP and 300 lb-ft of torque. Of course no Mustang line would be complete without a GT model offering a V8 and in this case it’s Ford’s 5.0L Coyote engine that should make around 420 HP and 396 lb-ft of torque. 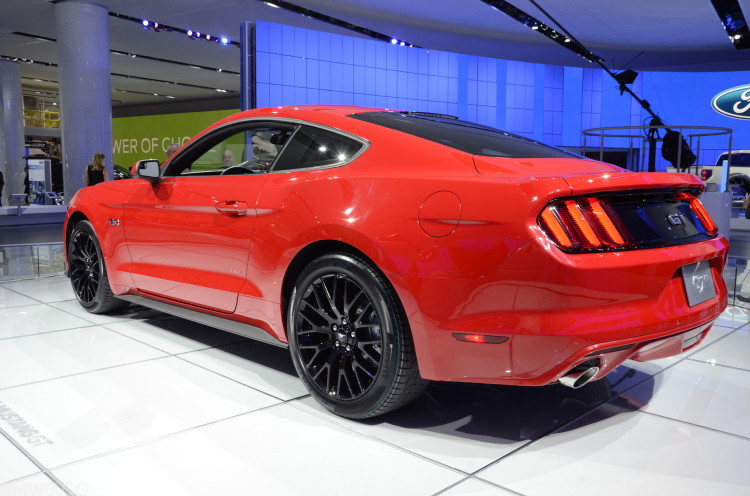 Either a six speed manual or six speed automatic are available for any engine option selected, including the 3.7L V6. Braking options exist for the EcoBoost and V8 engines, upgrading the existing brakes to benefit the additional power available. And of course wheel and tire options will abound.

With new styling inside and out, and a plethora of viable engine options, heavily revised suspension front and rear, the new Mustang may offer an alternative to other sporting coupes including the BMW 4 series. It would be interesting to see how an M Sport 428i compares to a Mustang 2.3 liter Eco Boost.

The 2015 Ford Mustang represents a minor revolution from Mustangs of yore. The suspension systems front and rear have been totally redesigned. A new multi-link independent rear suspension has been complemented with an upgraded dual pivot point strut front suspension. Given I4, V6, and V8 engine offerings the new Mustang should be able to meet the needs of boulevarders to track day enthusiasts. 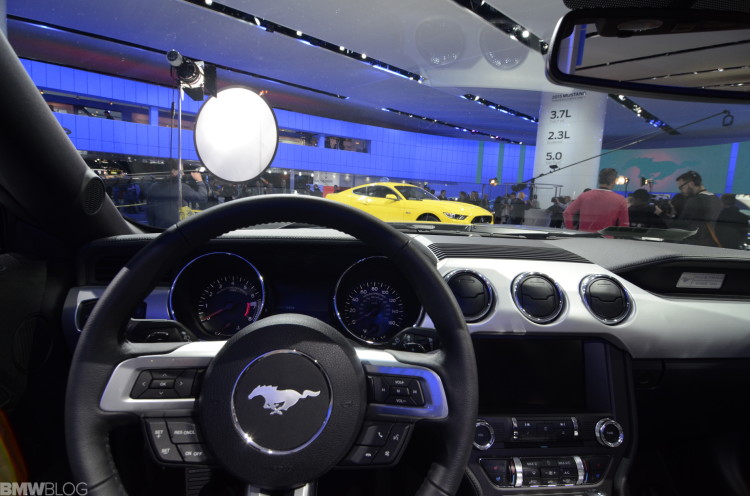 One area of concern for the new Mustang is the interior design and material feel. BMWBLOG had an opportunity to sit in the new Mustang and discuss the design philosophy with the chief designer Doyle Letson. He explained that the stating point for the new dash/IP is an aircraft wing.

The horizontal trim that spans the dash is aluminum, and comes in a variety of finishes and all of the surfaces on the dash were built around it. They wanted to remain true to the twin-pod feel of the original Mustang, and there is a heritage badge on the passenger side of the dash. Gauges are traditional round with classic fonts, and on the speedometer is the text ‘Ground Speed Indicator’. The surfaces are better finished than the previous generation and there will be a series of upgraded finishes available.

The new Mustang is a step forward for Ford and moves them closer to global competition. We’ve seen it, now we need to drive it.