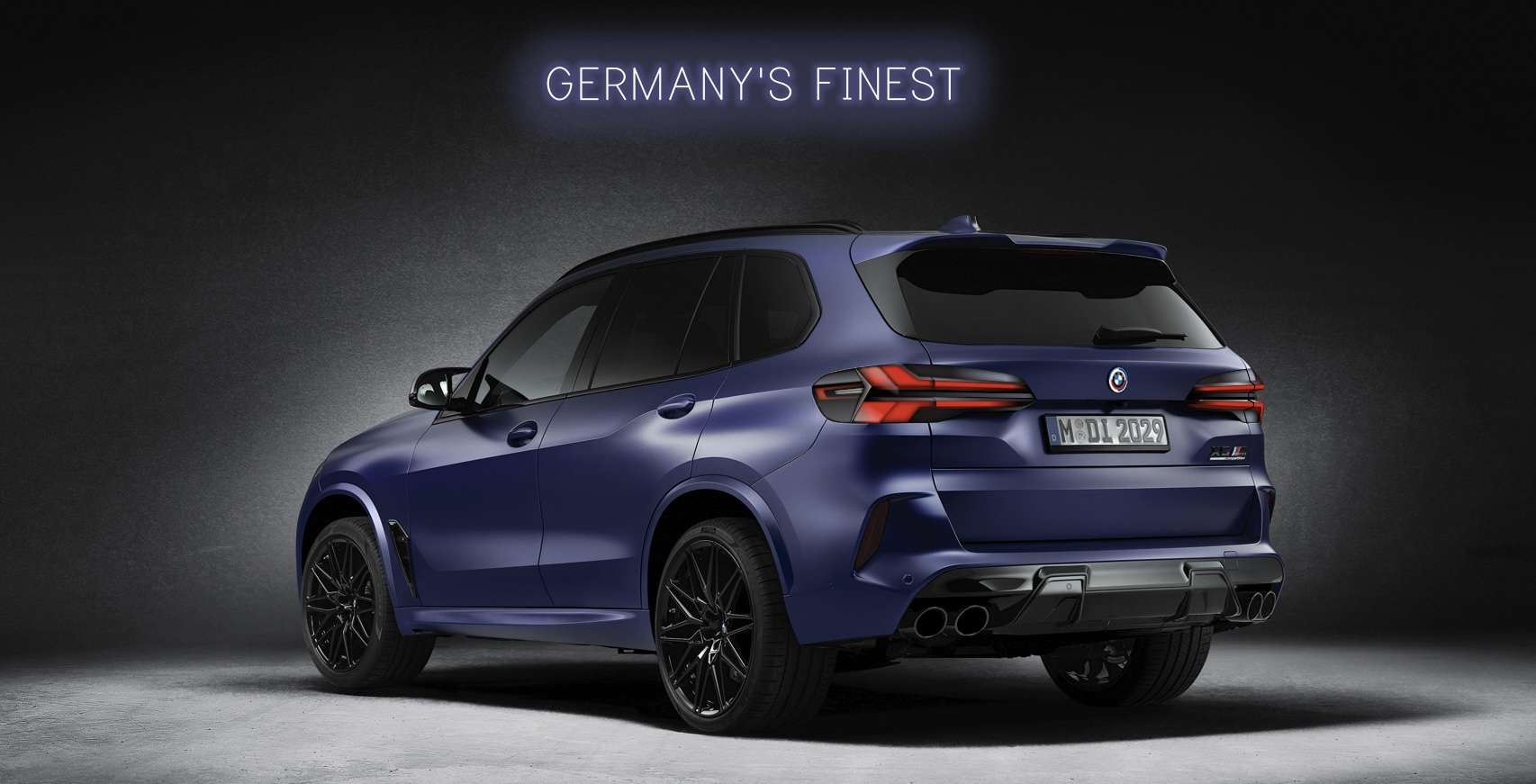 Recently, some photos leaked of the upcoming 2024 BMW X5 Facelit, which showed off its new taillights. Like most recent BMW LCIs, the 2024 BMW X5 M’s is going to be subtle but its taillights will actually get a surprisingly significant update. So this new render shows off what the updated X5 M might look like with said lamps.

The render is from the Germany’s Finest Instagram account, who only rendered the car from the rear three quarters view. Admittedly, that’s all you really need, considering that we’ve already seen what the front end is going to look like from other spy photos and it’s all pretty standard LCI stuff. The taillights, however, are quite new and interesting, so they’re more worth looking at than the front end.

What’s interesting about the taillights is that they borrow a bit of the X3 LCI’s taillight design, which I joke looks like the energy sword from Halo. These X5 M taillights have a bit of that design in them, too, but there’s more of a three-dimensional element to them than the X3’s. They certainly look more interesting than the pre-LCI car’s and they look sportier, too.

Thankfully, BMW didn’t really touch the rest of the rear end and, in this render, it looks mostly the same as the pre-LCI car. Its rear bumper seems to have a bit of a new fake diffuser, which is lame but not a big deal. What’s nice to see is the return of actually quad exhausts. The BMW X1 now hides its exhausts, which is a bit lame and, while we never really thought BMW M would hide the X5 M’s exhausts, it’s just nice to know they’re returning.

Aside from the visual exterior changes, the BMW X5 M LCI will get the new iDrive 8 system, which will replace the old iDrive 7, as well as a new toggle switch shifter and a slightly revised climate control setup—it’s all touchscreen now. It’s also getting a new engine, the brand-spanking new S68 engine. On paper, the S68’s 4.4-liter twin-turbocharged V8-nature seems familiar but the engine is entirely new and shares next to nothing with the S63 engine it replaces. Ultimately, though, expect similar power, performance, and feel.