BMW developed its fair share of special editions based on the M3 E30, with some more exclusive than others. Relevant examples include the Evolution I and Evolution II, but there was also a Tour de Corse Edition for the French market. Seen here is a limited-run version built for the United Kingdom where it was sold as the Roberto Ravaglia. If his name doesn’t ring a bell, he’s a former Italian racing driver who won the Spa 24 Hours in 1985 with a 635 CSi before triumphing again in 1988 behind the wheel of an M3. He would go on to win the endurance race for the third time in 1994 with a 318is.

Only 25 examples of the M3 E30 Roberto Ravaglia were ever made, and it is believed just 16 were painted in Misano Red, thus making this car even rarer. It appears to be in great condition, although it’s missing the original speakers as they’ve been replaced with an aftermarket setup. The cars were individually numbered and this was #81 in the production sequence out of a total of 505 since BMW UK also had a Johnny Cecotto edition limited to 480 units. 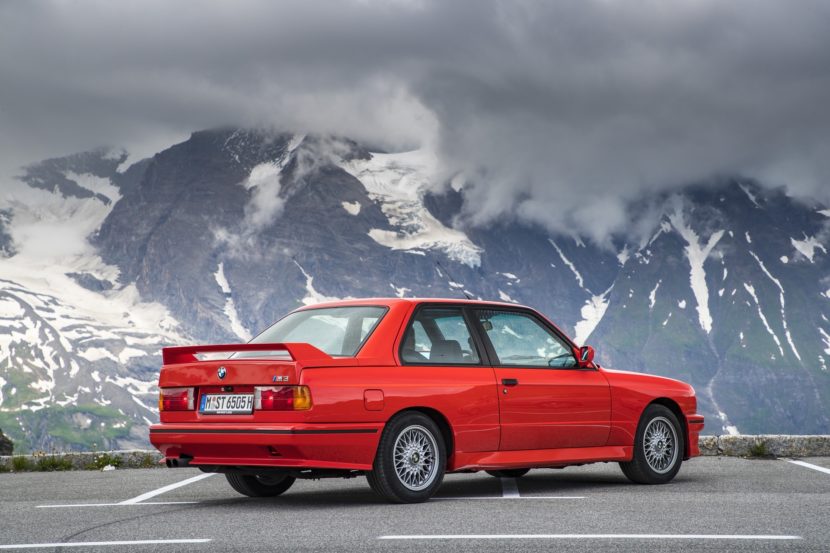 It’s been driven for 42,000 kilometers (about 26,100 miles), and even though it was created for the UK market, all 25 units came with a left-hand-drive layout. Power was provided by the familiar 2.3-liter engine “S14” making 212 hp and 230 Nm (169 lb-ft) of torque delivered to the rear axle via a five-speed manual gearbox to mirror the aforementioned Evolution I.

More than 30 years since the Roberto Ravaglia was introduced, BMW is still making special editions of its iconic M3 sports sedan. The current G80 generation is about to get a hot CS version with more power and slightly less weight by borrowing goodies from the M4 CSL. It’ll be officially revealed next week at the Daytona 24 Hours and will be made in limited numbers, albeit far less exclusive than this E30 Roberto Ravaglia.