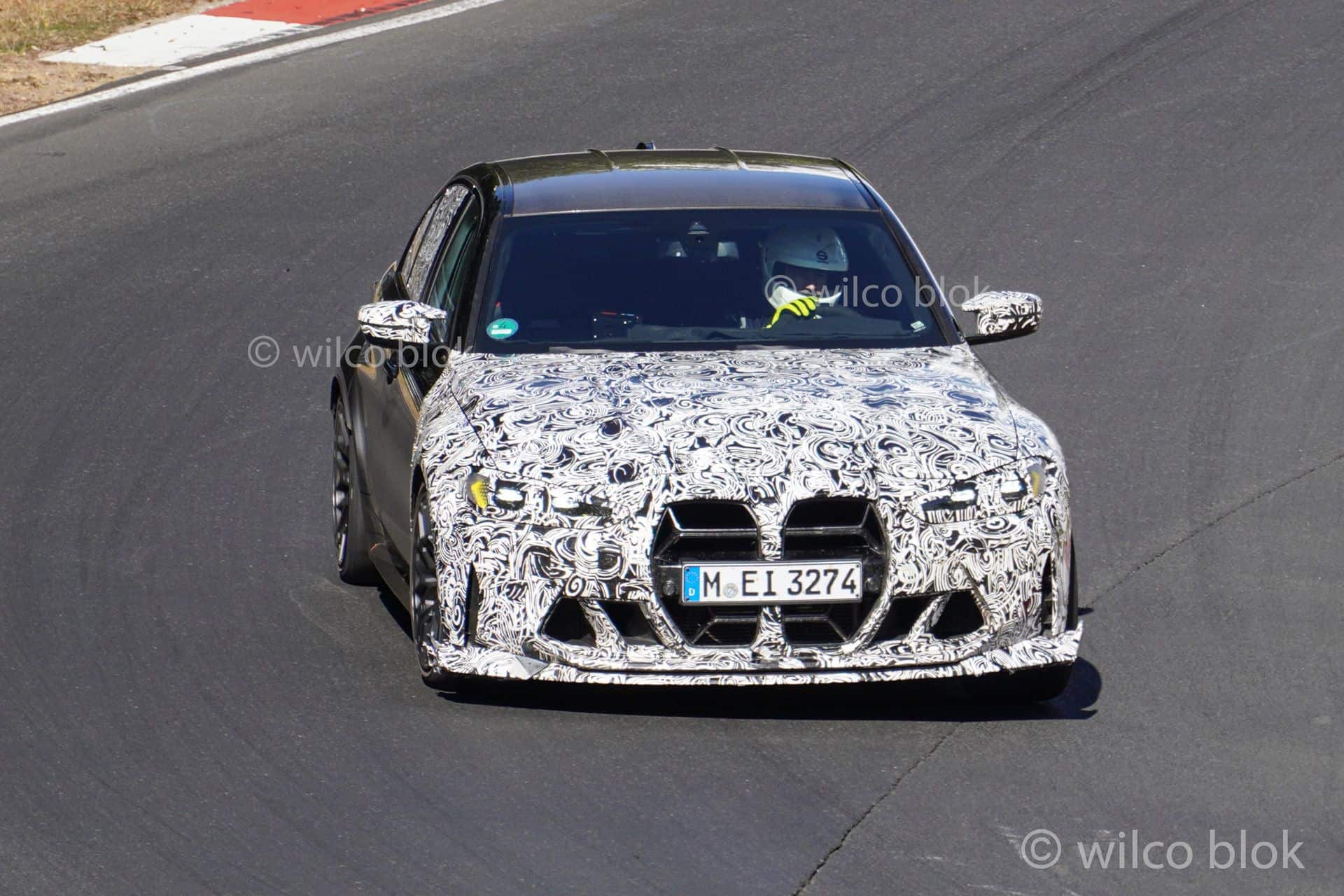 Following months of rumors and spy shots, BMW has finally announced when and where it will take the wraps off the M3 CS. As a matter of fact, it’s actually the first time the Munich-based automaker is confirming the G80-generation super sedan is getting the Competition Sport treatment. The world premiere is scheduled to take place during the 24 Hours of Daytona during the last weekend of the month (January 28-29).

Naturally, BMW isn’t going into any details about the car, nor is it releasing any teaser images. The announcement is tucked away in a press release detailing the M division’s record-breaking 2022 when sales went up by 8.4% to 177,257 units. Getting back to the M3 CS, it’s been spotted repeatedly with an aggressive front bumper design that seemed to be largely carried over from the M4 CSL.

Speaking of the Competition Sport Lightweight, the upcoming M3 CS has already made an early appearance in a BMW document where the S58T engine was listed as having an M4 CSL-matching 543 horsepower (405 kilowatts). The torque figure was not included, but it could be the same 650 Newton-meters (478 pound-feet) as with the hardcore coupe.

It’s expected to be lighter than the M3 Competition xDrive upon which it’ll be based, but it seems unlikely it will go through the same draconian diet as the M4 CSL. The latter lost 100 kilograms (220 pounds) whereas the M3 CS could shave off roughly 20-30 kg (44 to 66 pounds). One key difference will be the practicality offered by the rear seats since the sedan won’t lose the bench that BMW removed from the M4 CSL.

To be offered only with an automatic transmission, the M3 CS is likely to be less exclusive than the M4 CSL of which BMW is making just 1,000 units. Considering an M3 Competition xDrive starts at $82,600 in the United States for the 2023 model year, the hotter version is likely to cost more than $90,000.