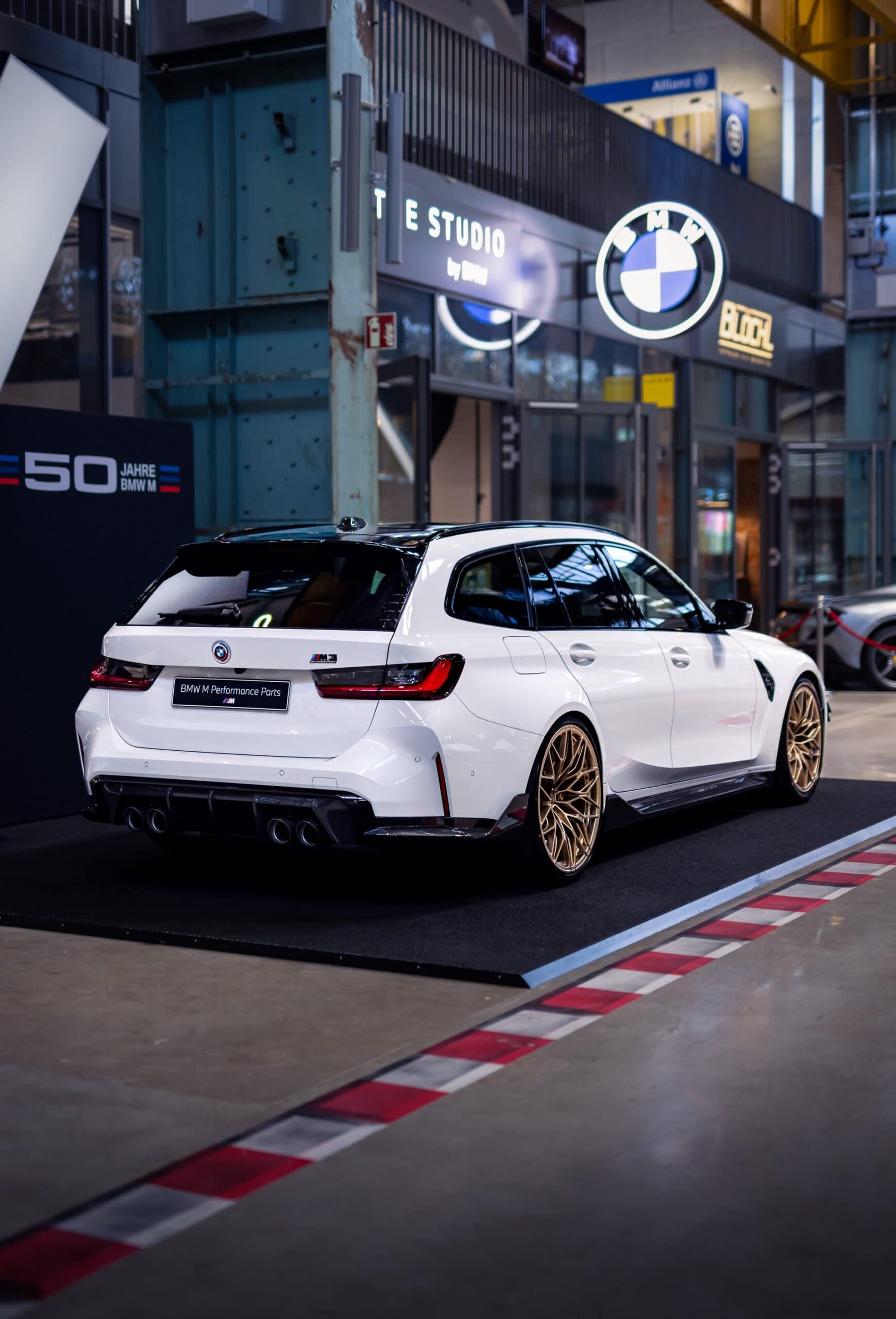 Better late than never, BMW finally has an answer to the Audi RS4 Avant and Mercedes-AMG C63 Estate. Much like its domestic rivals, it too comes exclusively with all-wheel drive and an automatic transmission. Production started in November and the first cars are on their way to enthusiasts who have been patiently waiting for a practical M car that’s not an SUV. The last one ended production in 2010 when the V10-powered M5 Touring E61 was retired.

As with all the other M products, the 2023 M3 Touring can be customized in many ways by choosing from a multitude of body colors, alloy wheel designs, and a plethora of accessories inside and out. BMW itself is proposing an Alpine White version decked out with M Performance Parts. It rides on the flashy 1000 M wheels measuring 20 inches front and 21 inches rear in Frozen Gold with self-leveling badges à la Rolls-Royce, although you can have floating center caps even on a MINI nowadays.

Filmed at the BMW Welt in Munich, this G81 also happens to have carbon fiber front canards, which we’d argue are overkill on what remains a family-oriented wagon at its core. Although the M3 Touring seems to be fully loaded, it is missing one important feature – a carbon fiber roof. That’s because it is only offered on the M3 Sedan. With the Life Cycle Impulse introduced earlier this year, the lightweight roof can also be ordered with the lesser M340i Sedan.

With 2022 being the year the M division celebrates its 50th anniversary, BMW couldn’t miss the opportunity to put the classic Motorsport roundels at the front and rear. It also added more than a few M Performance trinkets on the inside, such as the Alcantara-wrapped central armrest and a carbon fiber trim on the steering wheel. Even the floor mats, side sills, and carbon fiber backrest covers of the front seats wear the M Performance branding.

The first-ever M3 Touring will be sold in right-hand-drive markets, but it won’t be a truly global model. BMW has decided against bringing the performance wagon to North America where the RS4 Avant and AMG C63 Estate aren’t sold either. The silver lining is the M5 Touring is seemingly coming back around 2025 and might be available in the United States.