What Would the BMW XM Look Like as a Coupe?

Home » What Would the BMW XM Look Like as a Coupe? 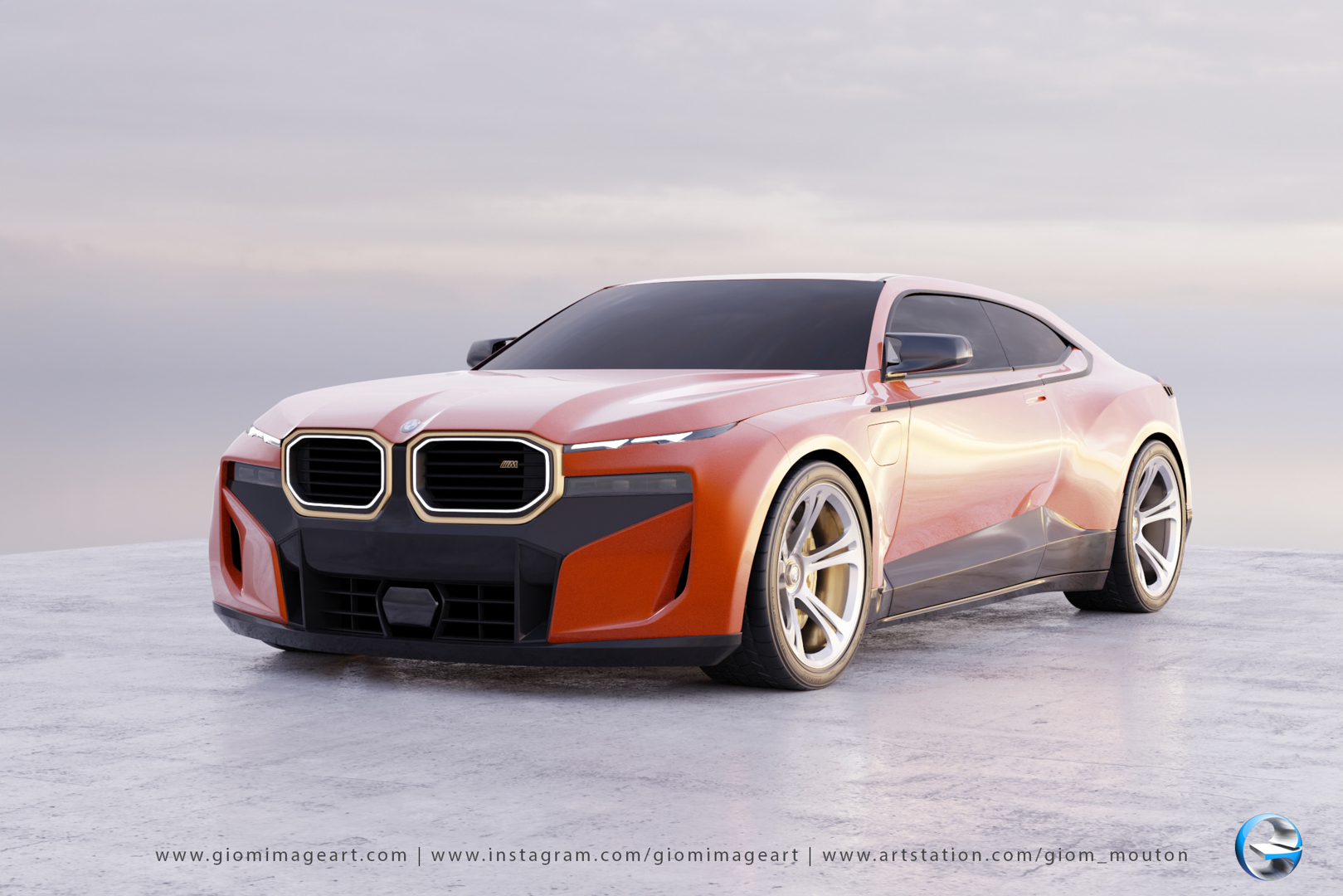 When BMW first announced it’d be making a standalone M car, something built by the M Division that wasn’t based on a pre-existing BMW product, fans were very excited. After all, the last time that happened, the world got the BMW M1. So fans naturally had visions of small sporty coupes, potentially a mid-engine Cayman-fighter, something to stand out from the BMW M3 and M4. Instead, what they got was a bloated, hybrid SUV with the most controversial styling since… well, maybe ever. But what if the BMW XM was a coupe? What if BMW used that same funky design language to make a small, sportier car?

This new render answers that question by taking the XM’s design language and shrinking it down to a small, two door coupe. In fact, it’s actually more like a shooting brake, with a small hatchback trunk and it’s very funky. If I’m being perfectly honest, when I first heard the idea of coupe-ifying the XM, I imagined it would look like a monster from The Thing. However, it actually looks alright. It isn’t beautiful but I wasn’t expecting that anyway. Instead, it’s kinda sporty looking and actually kinda fun. 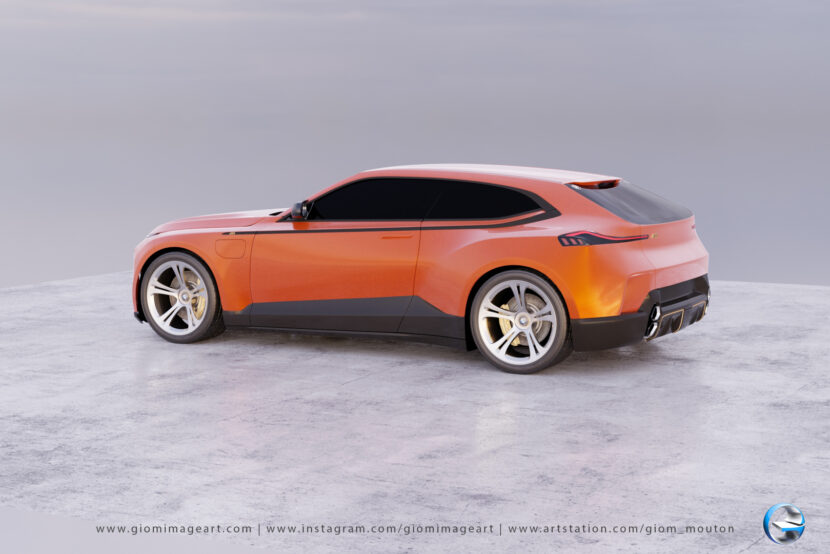 On a small, low-slung coupe, the XM’s face actually looks much better. Actually, it looks better than the BMW M4, with sensibly-sized grilles and slim headlights. If it wasn’t so truck-ish and upright, it’d be a damn fine looking car. Also, those two bulging hood flares are pretty rough looking.

Out back, the hatchback looks better than the tailgate on the actual XM, as there’s more depth to it, the slim taillights work better, and even the stacked exhausts look better. The only thing just benefits from being smaller and shaped differently. 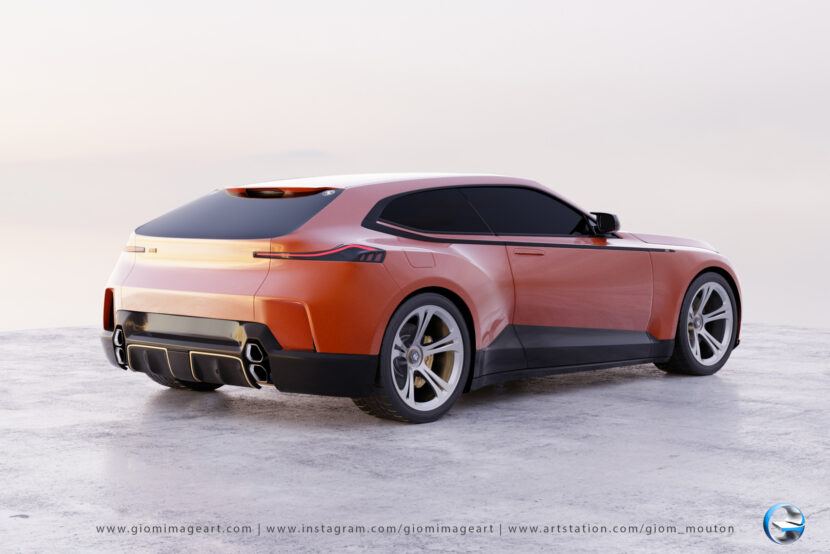 Would I want BMW to make a coupe like this? At this point, I think it would be one of the best looking sports cars in BMW’s lineup. As I said when the XM was first launched, there are some really cool design elements there, it’s just too odd of a shape. There’s just no cohesion, it seems disjointed and proportionally off. However, taking the good design elements of the XM and putting them on a smaller, sleeker, car with better proportions and it actually looks quite good. Will BMW use this design language moving forward? Perhaps but it’s unclear if that will happen. However, now we know that if it does, it certainly could work. 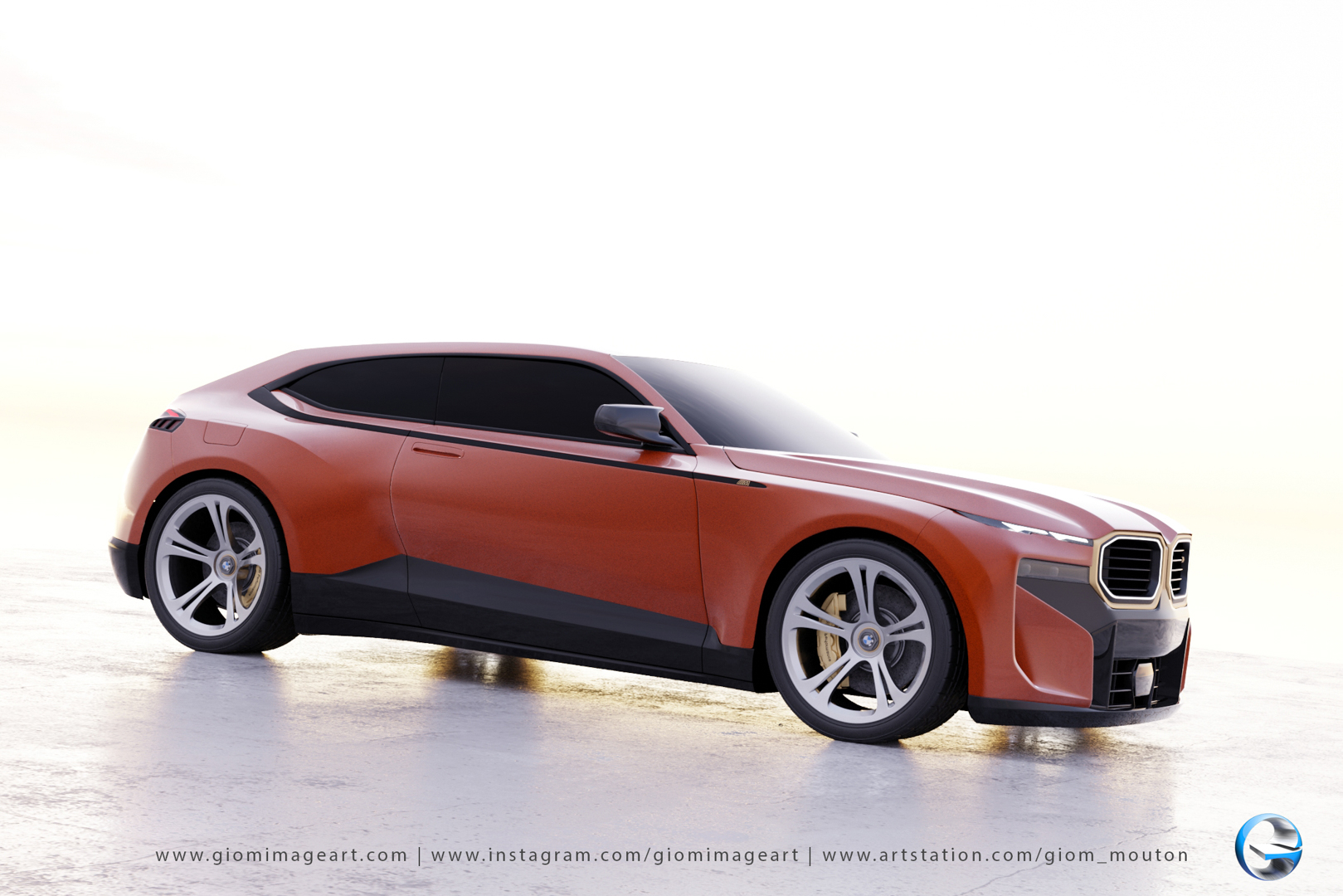 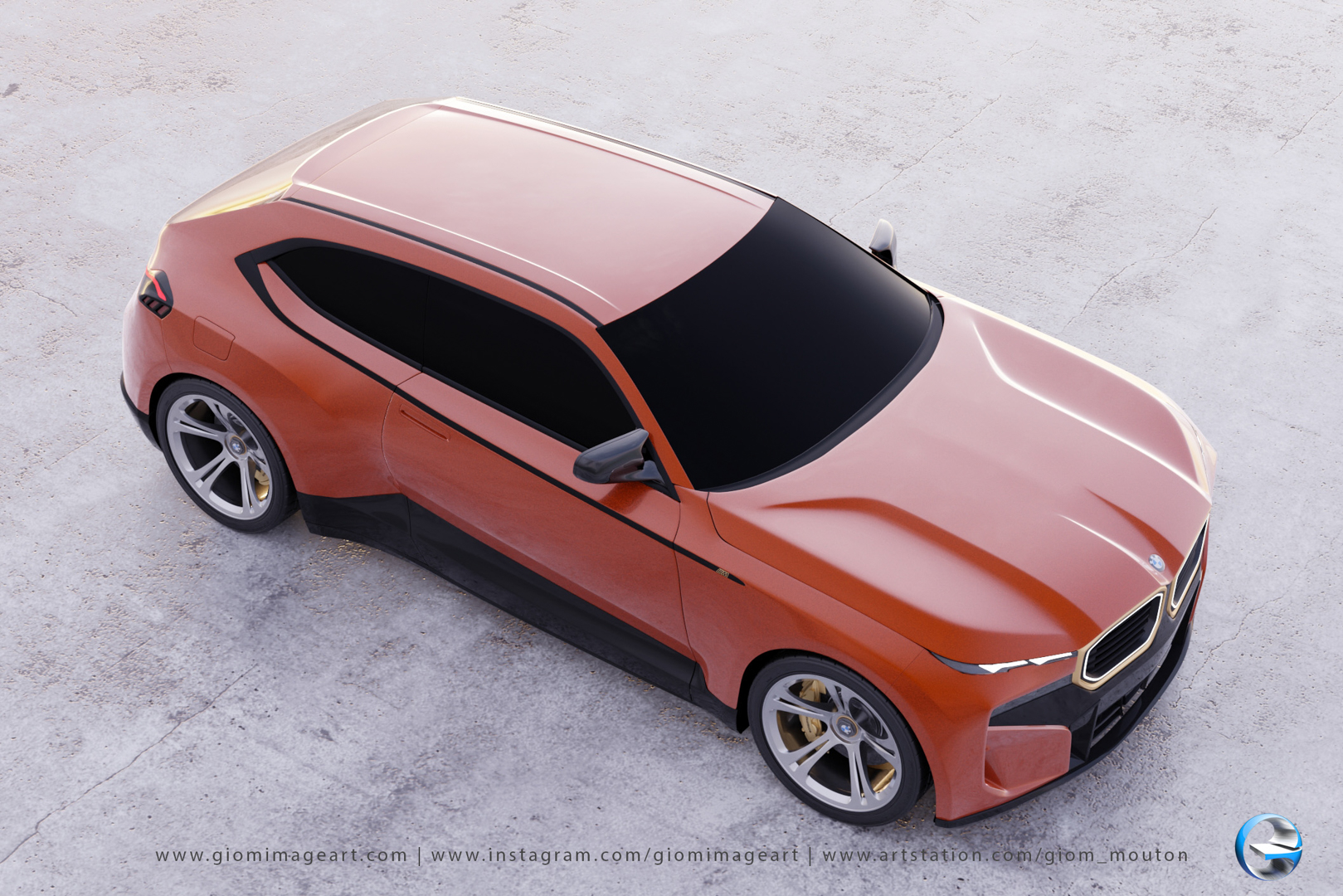 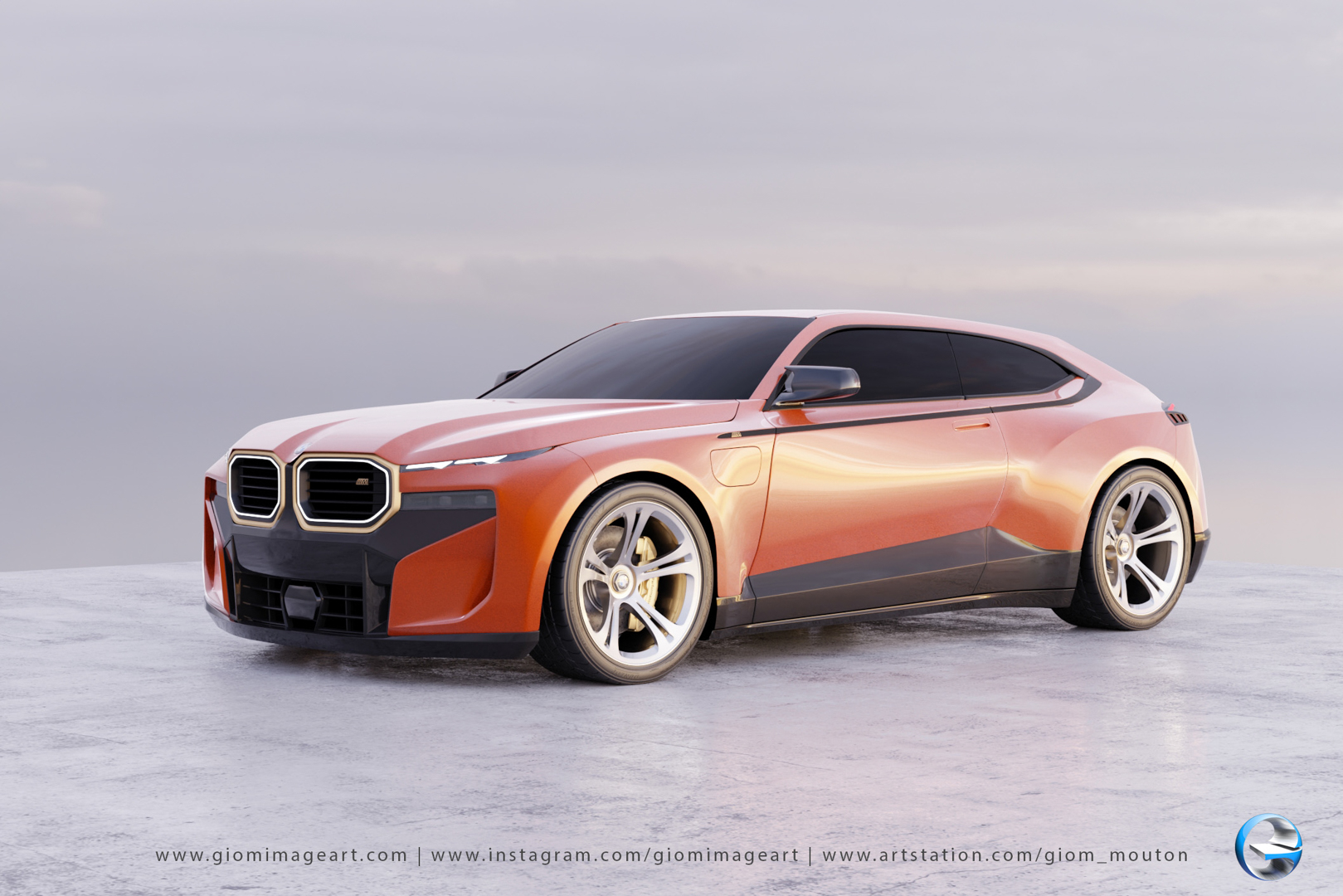 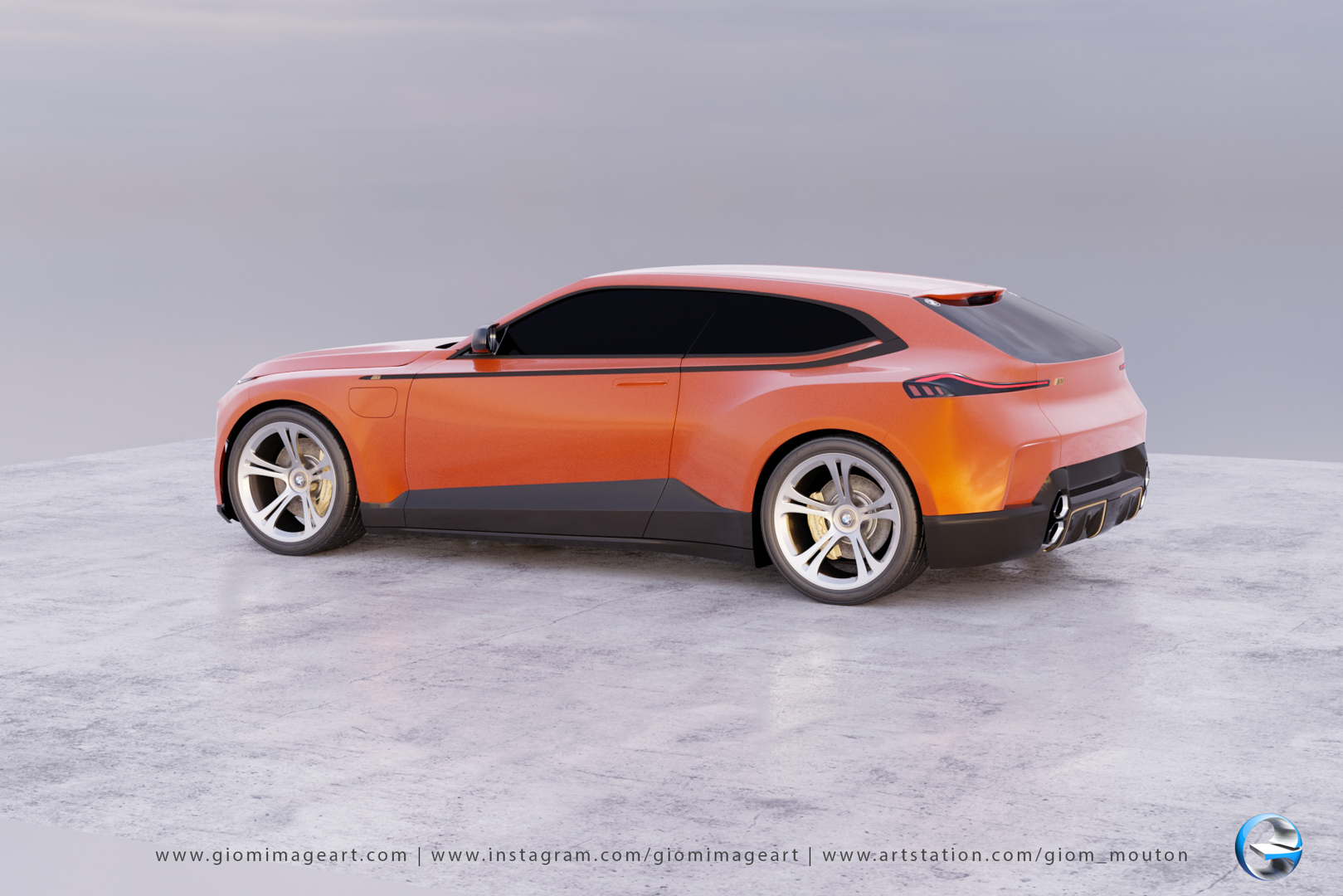 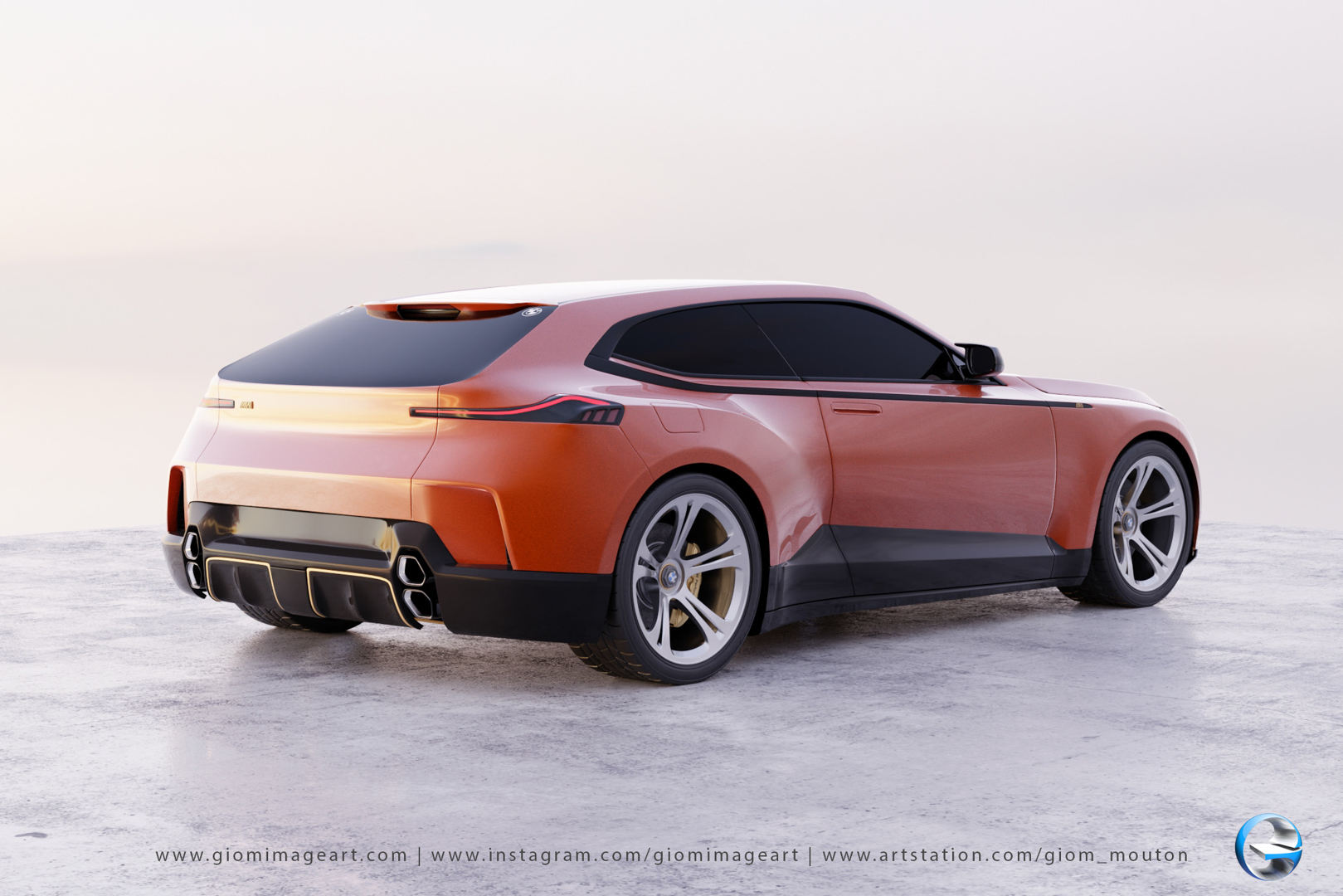