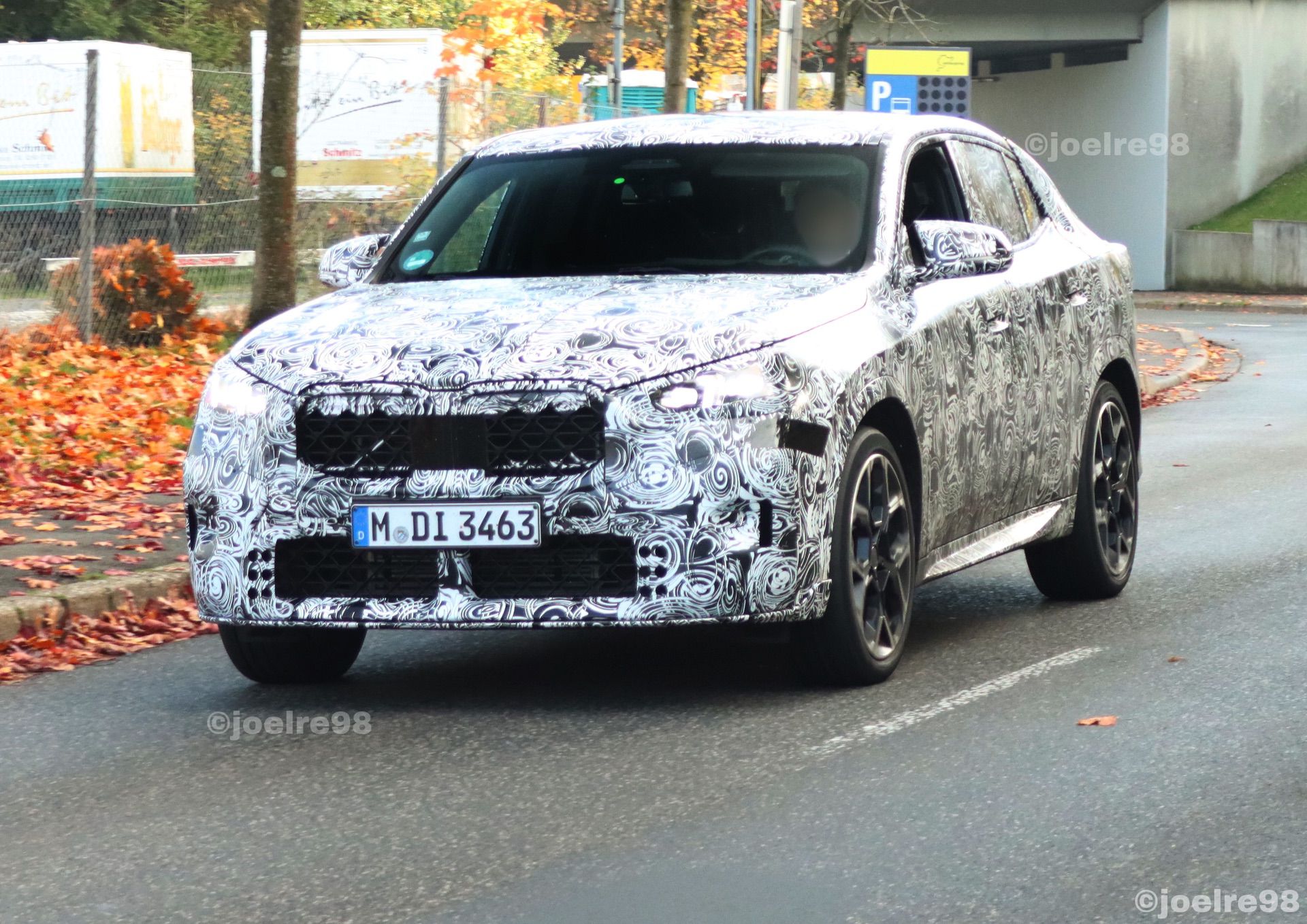 BMW was first seen testing the second-generation X2 earlier this month and now we’re already given the opportunity to take an early look at the M Performance version. Expected to retain the M35i suffix, the hot crossover has been spotted up close with the full production body and lights. You’ll also notice the quad exhaust setup coming to “M Lite” models from 2023 with the first-ever X1 M35i and the facelifted M135i hot hatchback.

As previously stated, the next X2 (codenamed U10) appears to be larger than its predecessor and has a significantly different shape. The body has more coupe influences to echo the X4 and X6 courtesy of a fastback-like roofline and a sportier rear end with a prominent tailgate spoiler. Other changes include side mirror caps in the M design that used to be reserved for the full-fat M cars, much like the four exhaust tips we mentioned earlier.

Despite the heavy camouflage, it’s easy to notice the 2024 BMW X2 will have the new flush door handles we’re seeing on next-generation models, including the mechanically related X1. Those two-tone alloy wheels with a “Y” spoke design appear to be quite large, at least 18 inches in size. Peeking through the disguise are likely the optional adaptive LED headlights of the conventionally styled X1.

Although there are no spy shots of the interior in this set, we can peek at the cabin in some of the images. The top of the revamped dashboard is noticeable as it now hosts the dual screens of the X1 with the Operating System 8 consisting of a 10.25-inch touchscreen and a 10.7-inch driver’s display. In the X1 and 2 Series Active Tourer, BMW has eliminated the iDrive rotary knob as well as the separate climate controls.

There will be a gap in production between the two generations considering the original X2 has already been discontinued. Its successor is scheduled to hit the assembly line in November 2023 and will come along with a purely electric iX2 likely to be revealed from day one. The spicy M35i seen here could land later in 2024. 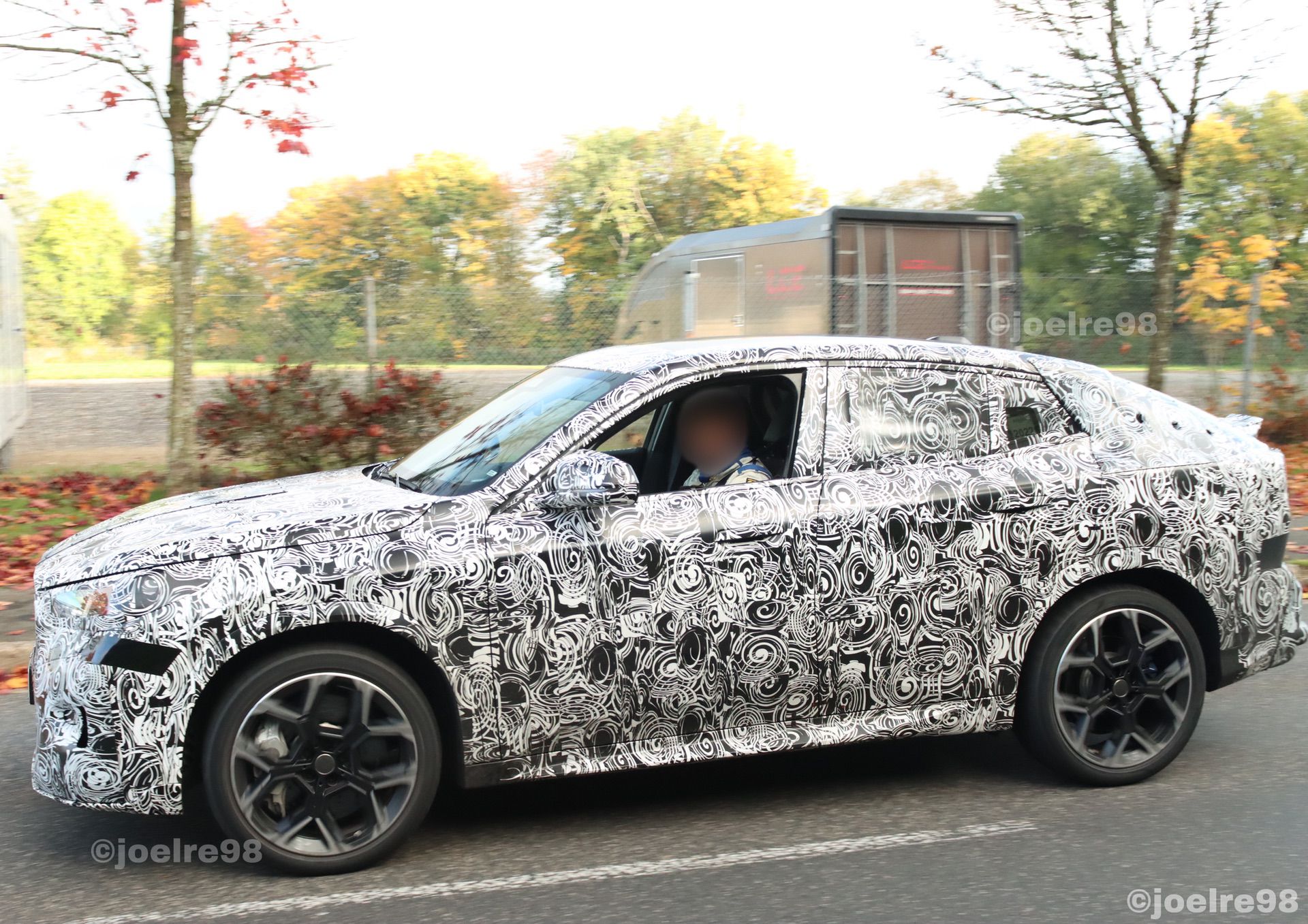 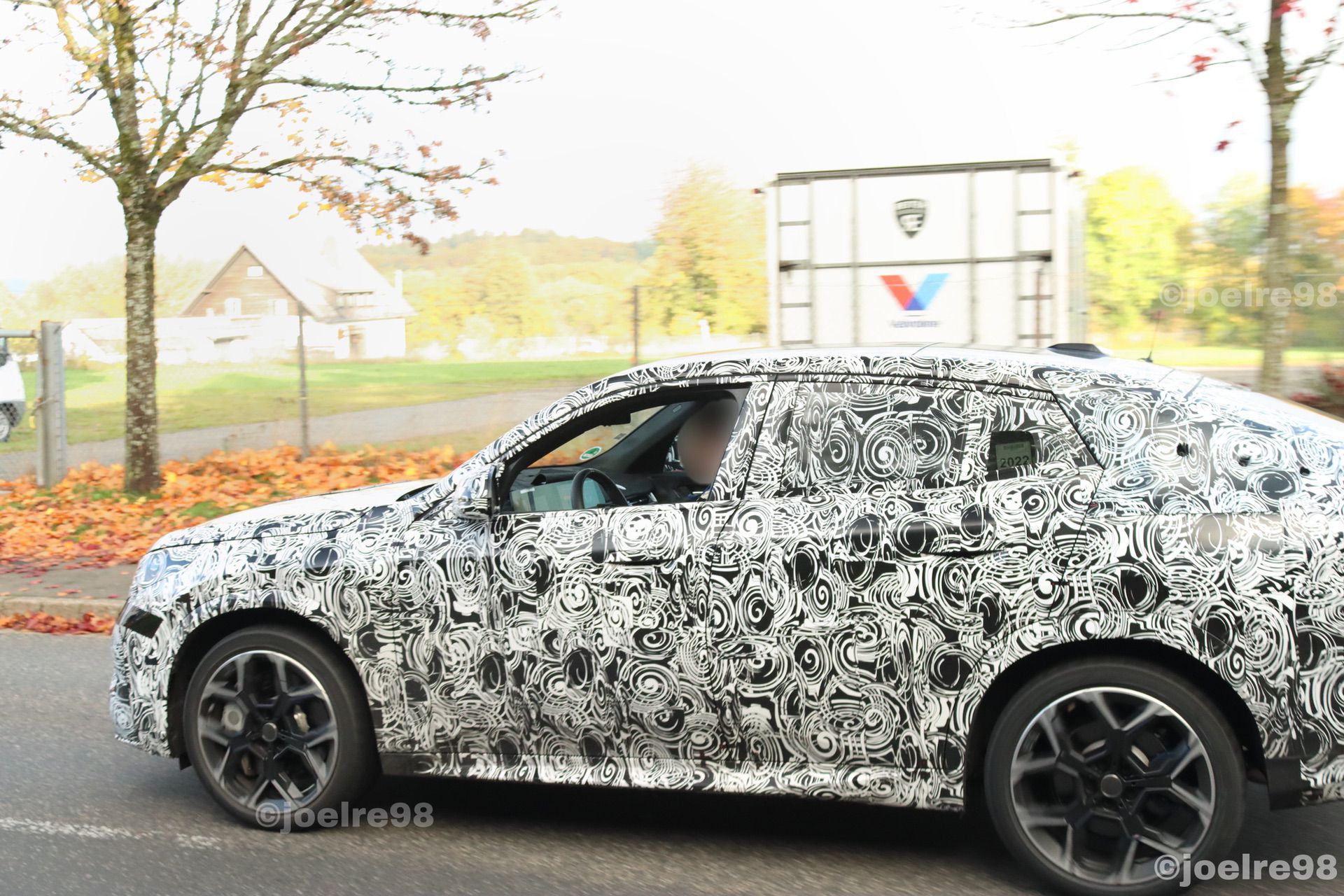 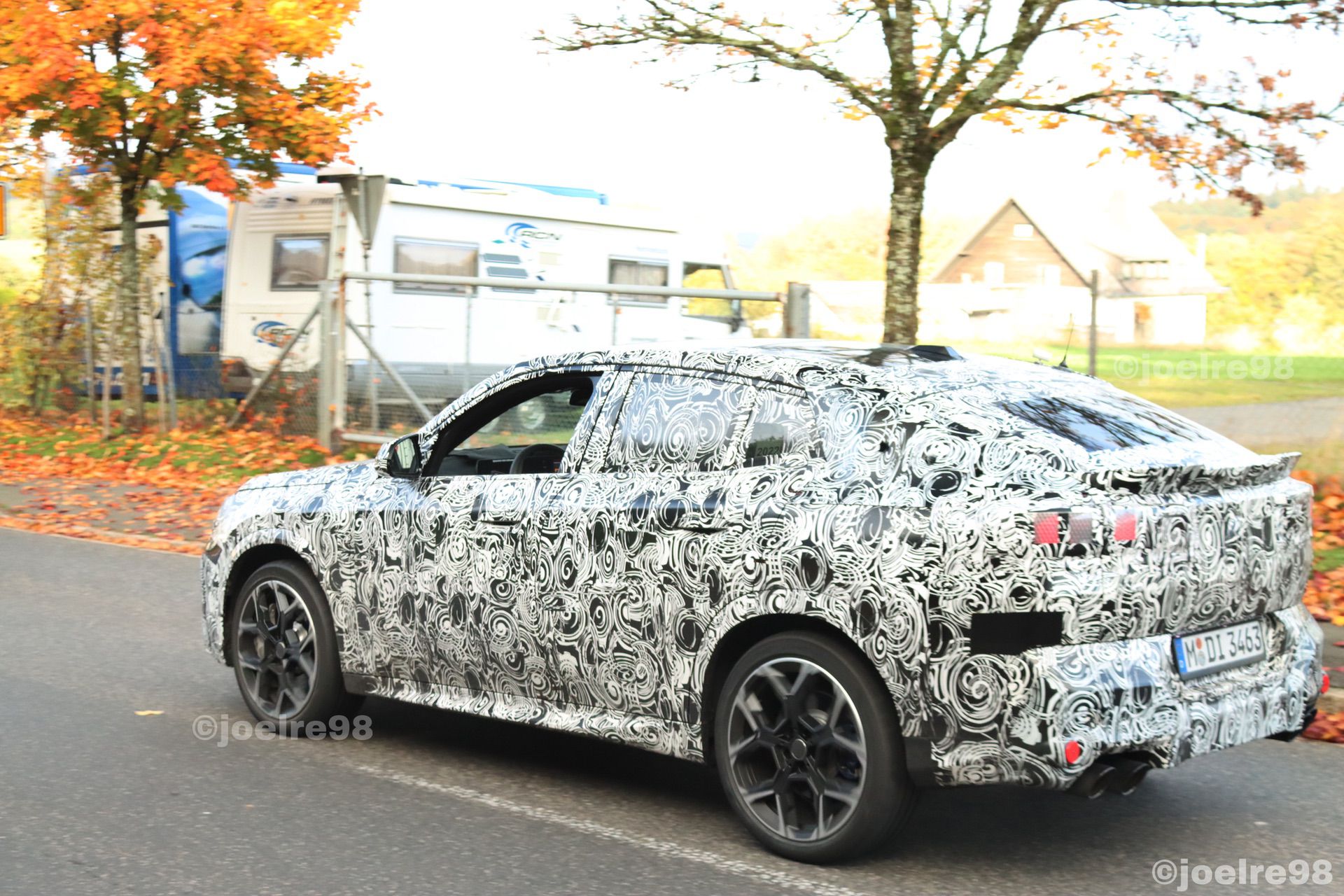 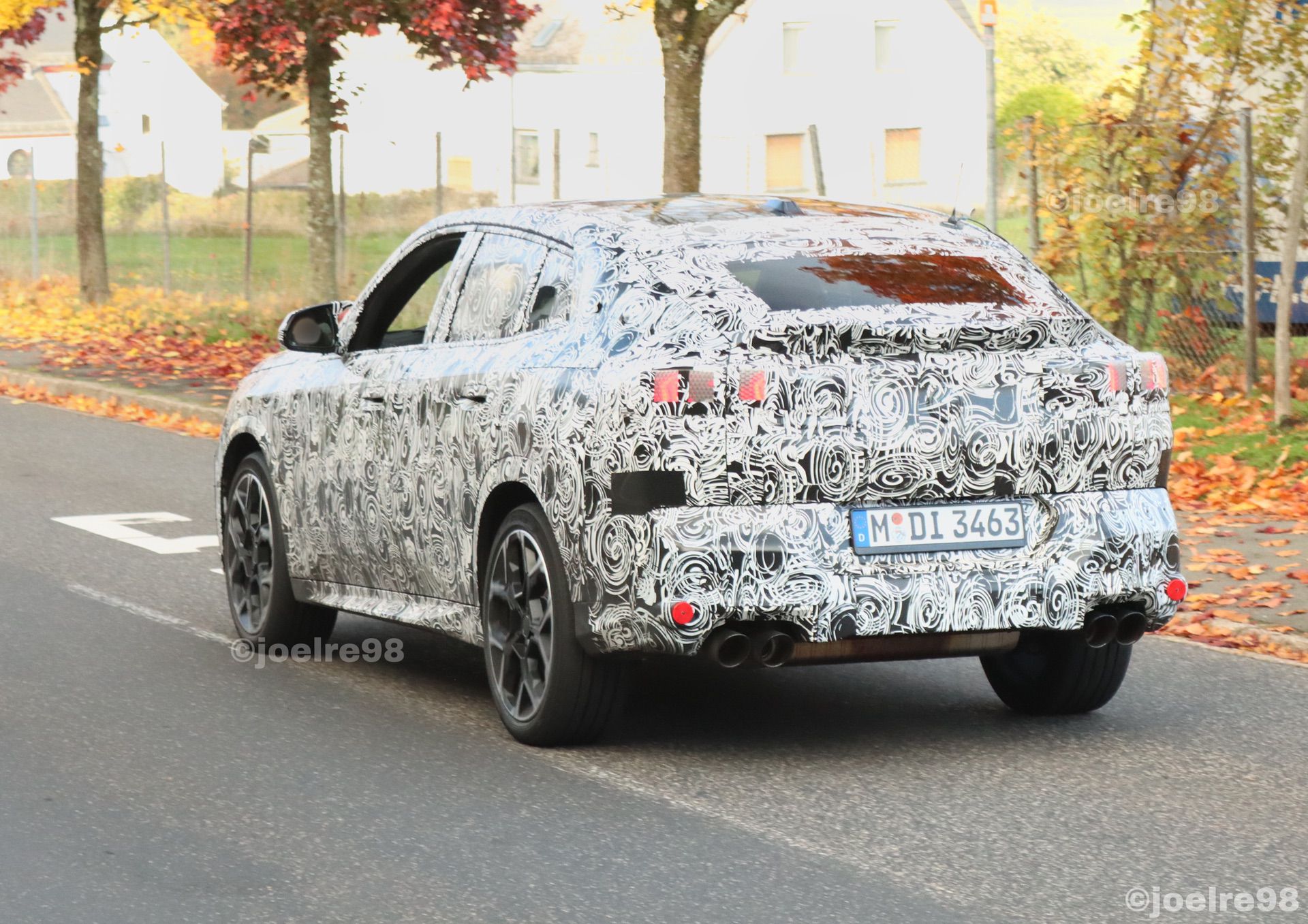 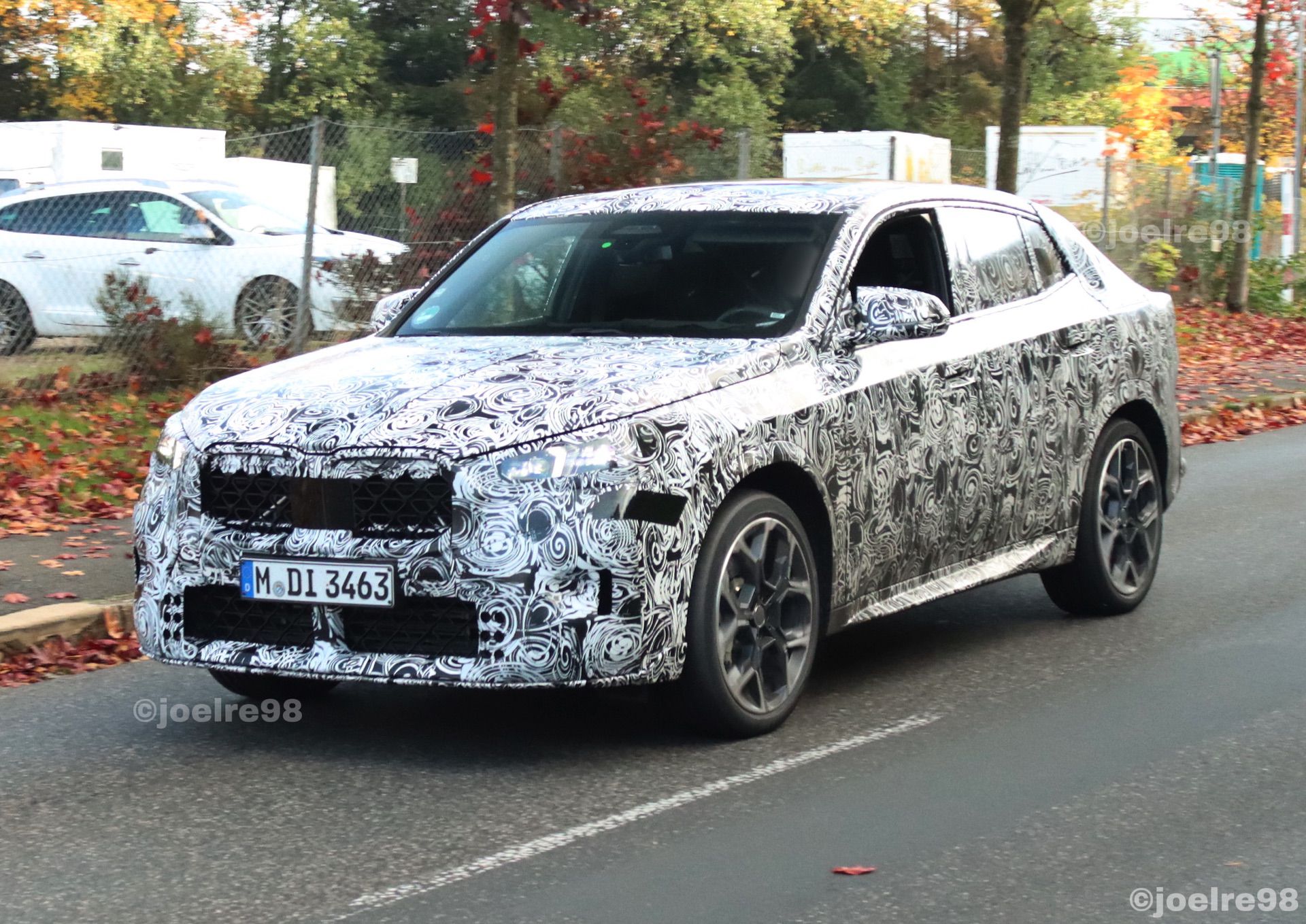