Let’s take a small break from the M2 G87 coverage and focus on a more family-oriented BMW with much better practicality at a lower price tag. The third-generation X1 is arriving in more and more countries across the world and this U11 model was filmed in windy Glasgow, Scotland’s most populous city. Painted in Sanremo Green Metallic and equipped with adaptive LED headlights, the compact crossover rides on the optional 19-inch wheels (867 Style) and has a neat feature – the electrically deployable folding tow bar.

If you’re wondering about the trim level, it’s not the base model, nor does it have the M Sport Package. Instead, it’s the rugged-looking xLine version positioned between the two, featuring glossy black wheel arches. It can be easily identifiable by its silver accents for the front and rear skid plates as well as the side mirror caps and skirts. 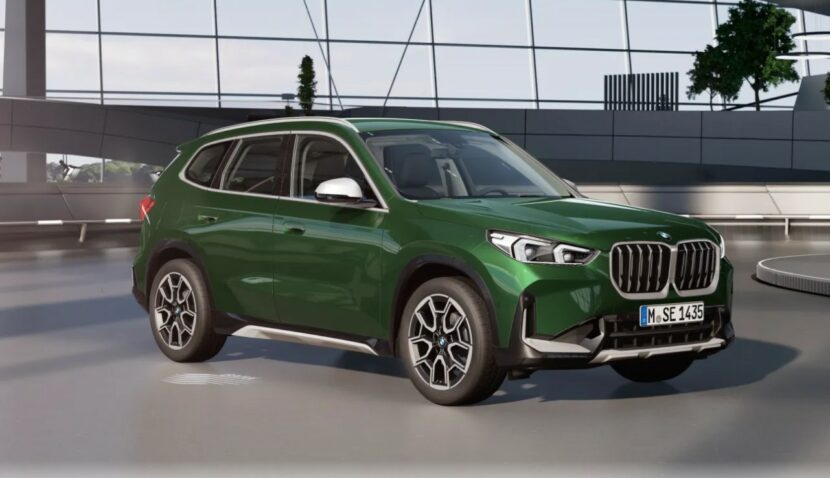 Being an xLine23i version, it’s the most potent gasoline version available upon launch. However, it’s only a matter of time before it’ll be dethroned as the M35i is coming in 2023 with about 315 horsepower from a revised B48 engine. Meanwhile, the 204 hp offered by this version will have to suffice, enabling a 0 to 62 mph (100 km/h) in 7.1 seconds and a top speed of 145 mph (233 km/h). Of course, let’s be realistic here and say people shopping for an X1 don’t have performance at the top of their list of priorities.

The X1 featured here has quite a few options added, including electrically operated front seats and the black Vernasca leather upholstery. You can easily see how much the crossover has grown in size by the amount of legroom available for rear passengers and also by the generous cargo volume behind the seats. Another notable novelty is BMW’s latest infotainment system, but much like in the 2 Series Active Tourer, the iDrive controller has been deleted.

Overall, the new X1 appears to be offering a compelling package and has all the ingredients of a best seller. It’s especially true now that BMW is also selling an electric iX1 and is planning to introduce a first-ever M Performance version.