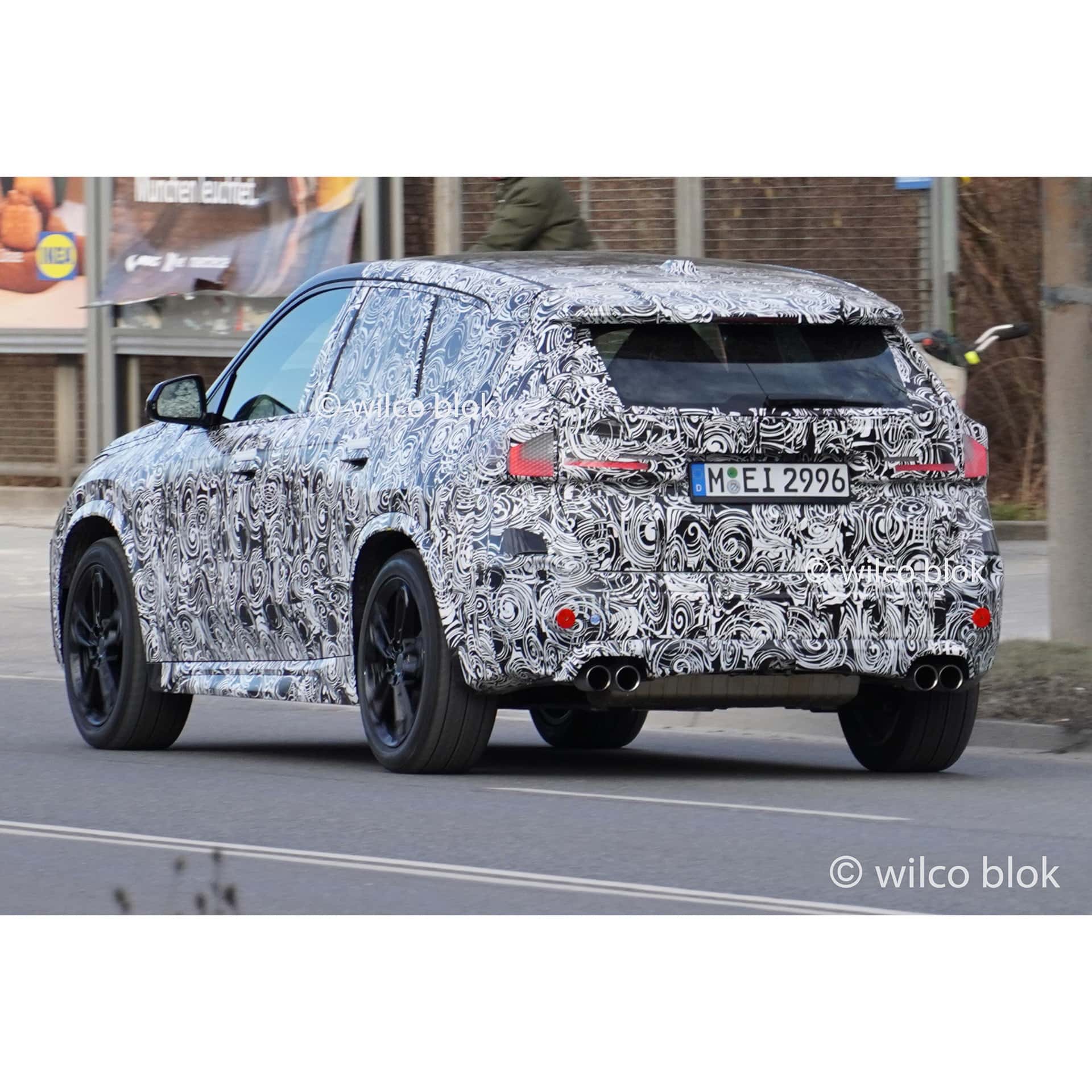 The upcoming 2023 BMW X1 M35i is arguably one of the most exciting models of the new X1 family. And while BMW’s future plans revolve around electro-mobility, for now, gasoline-powered cars are still quite important in Munich. To go out with a bang, the current generation BMW X1 will get its first ever M Performance Automobile. The so-called M-lite models sit above the regular series variants, but below full-fledged M products.

Yet, the new BMW X1 M35i will blur the lines a bit more. Also for the first time, the BMW X1 M35i will feature quad pipes. This iconic design element was, until now, reserved to full M products. So it’s quite an interesting choice to see the four pipes on M lite cars. According to sources, other M Performance Automobile products are also likely to feature the quad pipes layout.

New spy photos of the BMW X1 M35i surfaced this past week from the typical testing grounds at the Nurburgring. The prototypes are slowly dropping their camouflage to reveal some of the final details. Compared to the recently unveiled X1 family, the M35i models are expected to be more aggressive in design to further differentiate themselves. The front-end features a dynamics and sporty bumper design, with large air curtains and a central, massive air intake.

The rear-end will also bring forward a new bumper design with a sporty diffuser designed specifically to fit the four pipes. We also expect to see specific M wheels, along with performance tires and brakes. Yet, it wouldn’t be an M-lite model without the usual suspension and steering upgrades. So we expect to feel a firmer and more dynamic ride, coupled with top performance from under the hood.

The first-ever M Performance version of the X1 will lead the way as the crossover is bound to get an X1 M35i xDrive derivative set to utilize the improved turbocharged 2.0-liter mill. It could make 315 horsepower. There’s no torque figure mentioned at the moment, but some M Performance models offer a substantial 332 pound-feet (450 Newton-meters). It’ll be interesting to see whether the peak will grow, or the torque curve will change with the revised B48. We’ll know for sure when BMW will take the wraps off the X1 M35i.