2023 BMW M2 Photographed Up Close Without Any Camouflage

Home » 2023 BMW M2 Photographed Up Close Without Any Camouflage 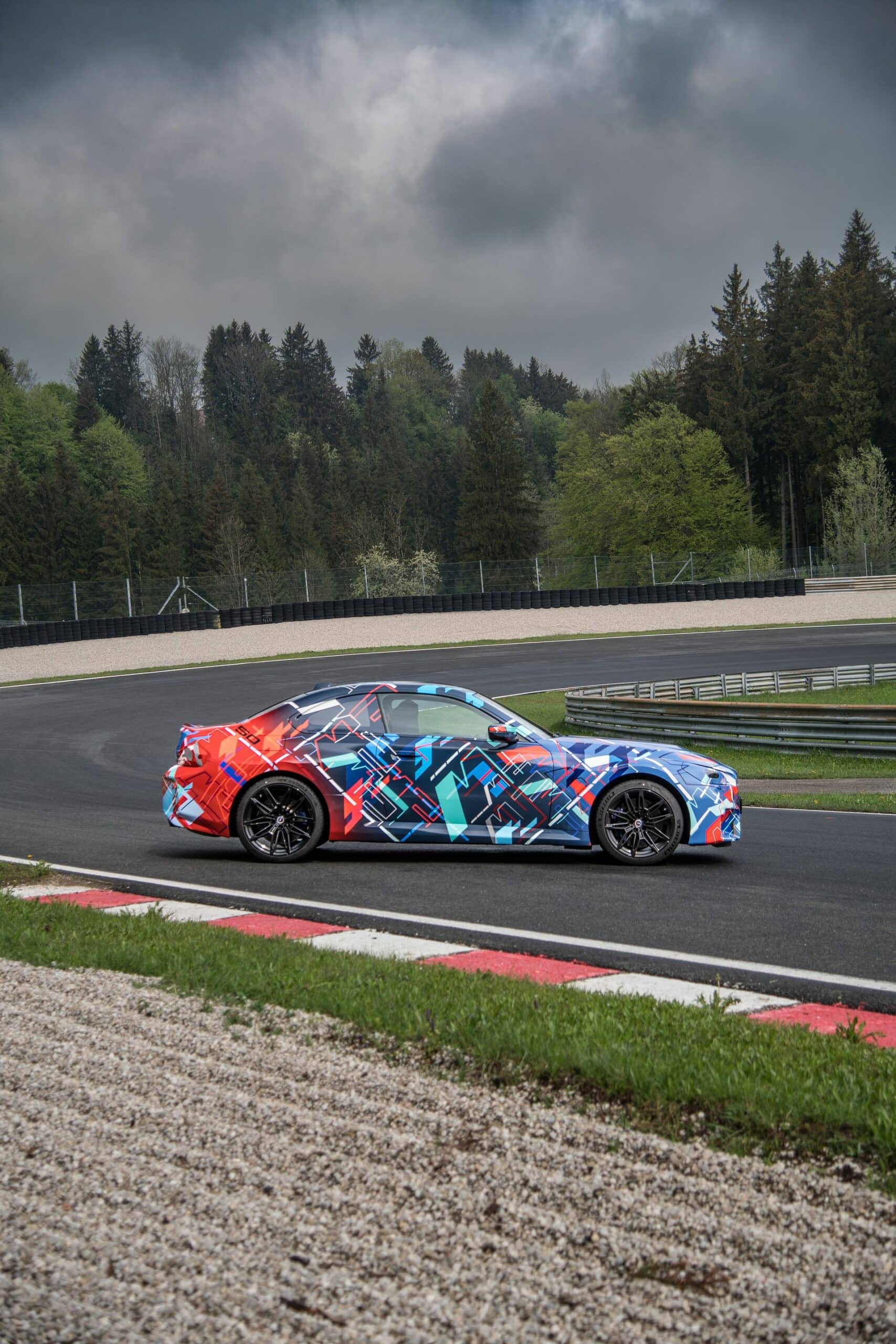 The M2 leaks keep piling up ahead of the official debut slated for tomorrow evening in the United States or early morning the next day in Europe. It would seem BMW has a hard time keeping the sports coupe’s design a secret as a couple of fully revealing images shows the G87 from the front and rear. Once again, the pre-production prototype is painted in what could be Zandvoort Blue (C6E).

You can immediately tell it’s a step above the M240i by the square air intakes to go along with a more rectangular kidney grille. Slightly wider wheel arches conceal the same track width used by the M4 Coupe from where the new M2 will also inherit the wheels and brakes. It would seem this car has the Shadowline treatment for the headlights given their dark tint.

The red vertical reflectors at the back stand out more, partially because they have a glossy black frame. As for the quad exhaust setup, it represents a typical M trait, but lest we forget M Performance models are going to get a similar layout soon, kicking things off with the X1 M35i and M135i facelift. An optional carbon fiber roof is noticeable on this prototype, as is a small body-colored trunk lid spoiler.

According to a member of the Bimmer Post forums who attended the private reveal of the M2 at the Motorclassica show in Melbourne, the blue color can be best described as the lightest shade of Yas Marina. He quotes a BMW representative saying the manual version weighs about 1,650 kilograms (3,637 pounds) in a performance car featuring a detuned version of the S58 engine.

The same source confirms optional front bucket seats borrowed from the M4 from where the baby M car will also source the steering wheel. Other tidbits shared include the other colors that will be available: Alpine White, Black Sapphire, Toronto Red, and Brooklyn Grey.

The wait is nearly over and we’ll finally have some high-resolution images to share in less than 48 hours.