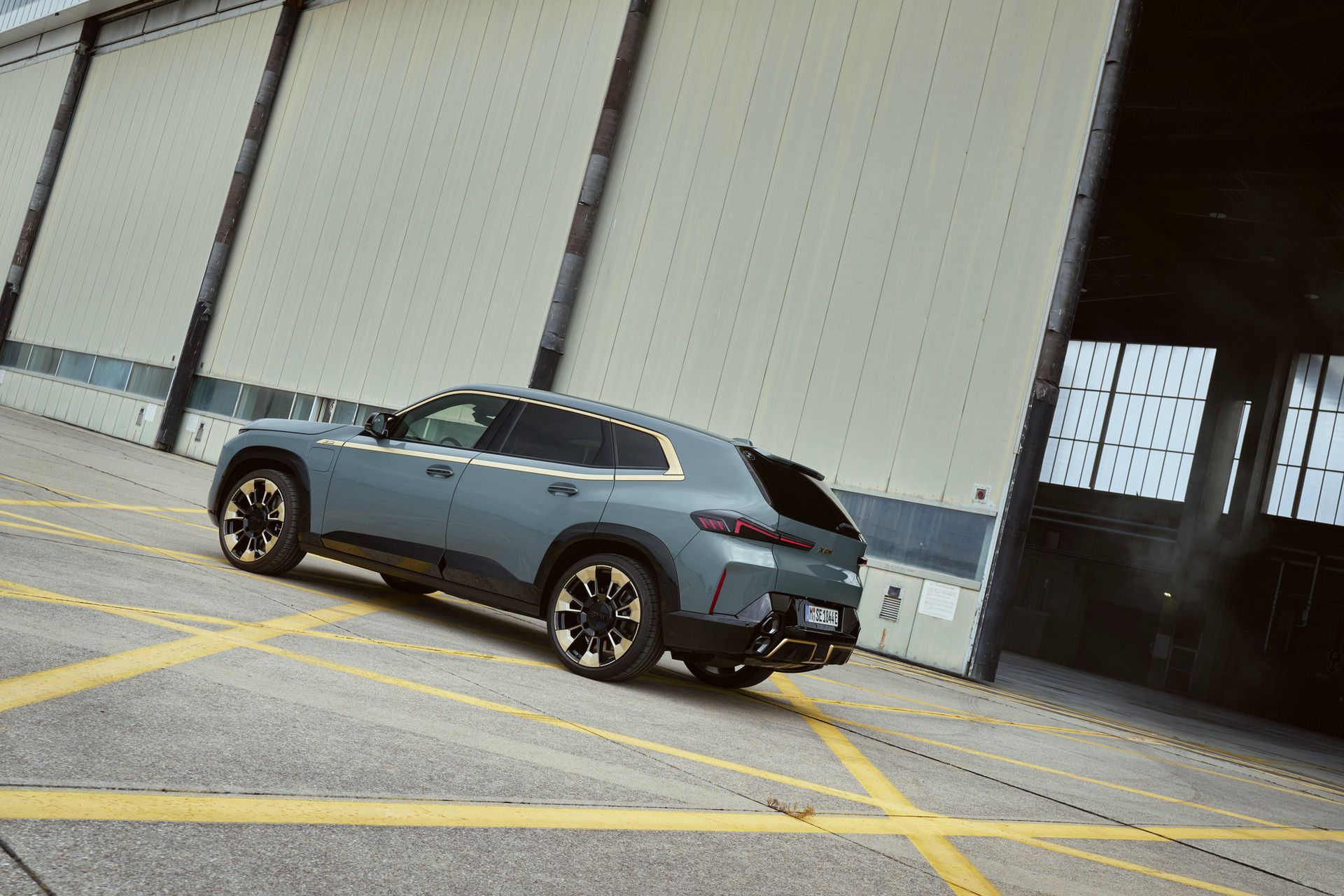 After the long-wheelbase X5 launched in China earlier this year and the first-ever electric iX1, BMW expanded its SUV offerings yet again this week. The newcomer doesn’t have a digit in its name because it’s not related to any existing products. Indeed, the XM is a standalone model as even though it rides on the ubiquitous CLAR platform, it’s a bespoke vehicle not directly derived from any other X-badged vehicle.

Following its world premiere a few days ago, the 2023 XM has arrived at BMW Welt in Munich looking just as striking as it did in the official images. Painted in Cape York Green – a new color introduced with the X1 – the electrified SUV has an assortment of gold accents. You can see the flashy hue around the massive kidney grille and the equally large 23-inch wheels. In addition, the upper character line has the same finish, extending onto the beltline.

A post shared by BMW Welt I Museum (@bmwwelt)

We are gradually getting used to the split headlights as the XM is the third model this year to adopt the unusual layout after the new 7 Series and the X7 facelift. The back of the large SUV doesn’t carry the BMW badge on the tailgate where only a large “XM” logo with a gold contour has been installed. Instead, there are two roundels in the upper corners of the rear glass, harkening back to the mid-engined M1.

If the vehicle’s livery is a bit too much, we’ve already seen the 2023 XM with an all-black exterior looking far less eccentric. Alternatively, the German configurator already has the flagship M model available to configure in Toronto Red, Marina Blue Bay, Dravit Grey, Mineral White, and other shades. You can do away with the gold accents and also opt for smaller wheels, so the XM can be configured to look less opulent.

An even more staggering specification will be launched next year with the XM Label Red set to feature special paint, wheels, upholstery, and interior trim. It’s going to carry a starting price of over $185,000 and will pack a greater punch as the V8 and electric motor will deliver more than 735 horsepower and 735 pound-feet of torque.