BMW XM vs. Bentley Bentayga: Battle of the Behemoths

Home » BMW XM vs. Bentley Bentayga: Battle of the Behemoths 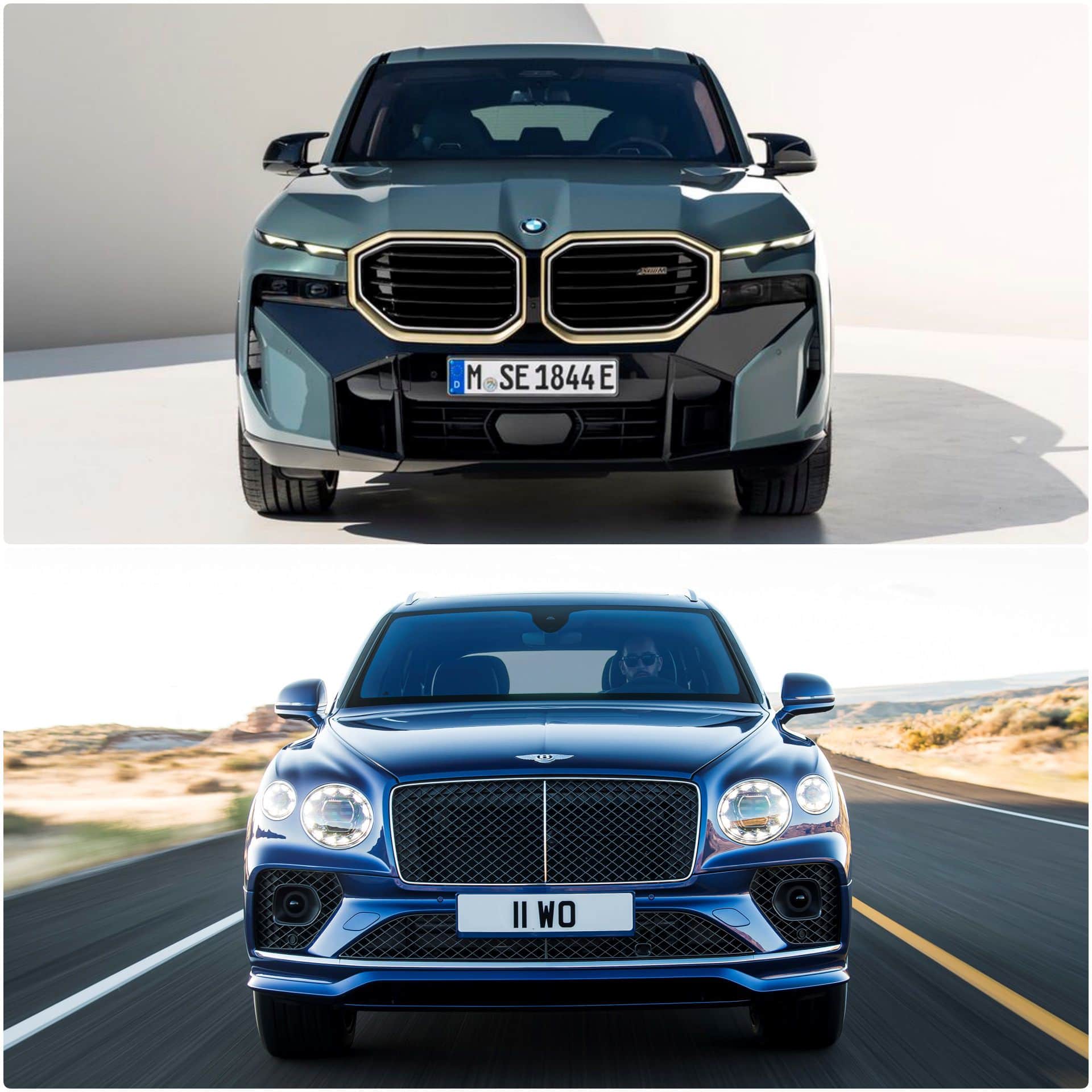 The first-ever BMW XM and the Bentley Bentayga ultra-luxury SUV are one-of-a-kind within their own families. Certainly, they stand apart from the crowd in the premium segment. The Bavarian and the Briton both serve a dual purpose: delivering state-of-the-art performance while traveling in exquisite style inside-out. Now let’s see how they stack up against each other. The first major difference stuns the viewers as soon as they see the two competitors side-by-side. The Bentley is the older guy in this game, first exposed in late 2015, with deliveries starting 2016. Its exterior design took time to mature into a beautiful and actually lavishing visual exercise, embodying the quintessential Bentley visual philosophy. 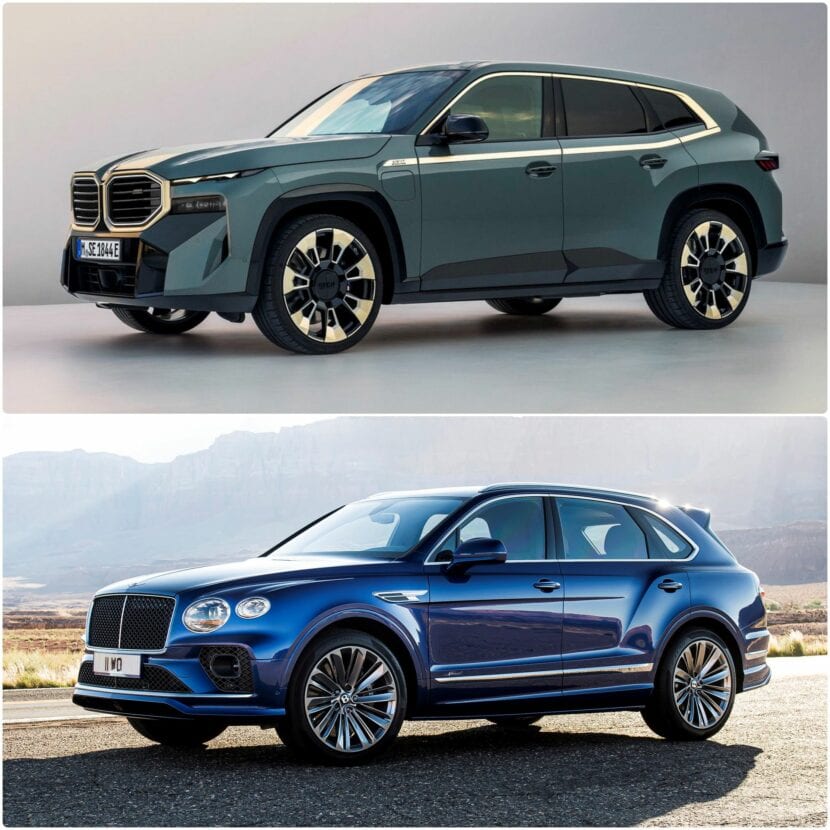 While looking rounded and cohesive, the Bentayga certainly manages to also feel solid and imposing, a characteristic that catered to its very own audience. Throwing the new G09 BMW XM into the arena, a breath of fresh air comes into play. The gargantuan ///M SAV is the perfect testimonial of a design that’s sure to cause a lot of discussion.

The XM oozes individuality drawn heavily temperamental design, which specifically combines both traditional traits and new, unseen lines and surfaces. The G09 feels rock solid and steadily planted to the road, thanks to its impressive stance, 5.11-meter length and sloping roofline. At 5.14 meters, the Bentayga is barely any visibly longer. The XM, on the other hand, is lightly wider at exactly 2,005 mm vs. the 1,998 mm of the British model.

While the Bentley Bentayga looks overall classic and well-behaved, the new BMW XM might look a bit brutal and relentless. Of course, design is purely a matter of taste, but while the Bavarian SAV feels rock-solid and even out of this world, the Briton is a tad more gentle.

Surely, both models look impressive, but when it comes to showing its muscles, the XM clearly wins over the Bentayga. The split headlights, the impressive grille with double horizontal bars, the power domes on the bonnet, the side character lines, the intricate creases, the abundance of gold accents, the stacked quad exhausts and the elongated tail lamps evoking ///M stripes all come together into a much cohesive and ravishing design. It may not feel as unique as the M1 or as balanced as its British competitor in this visual comparison, but certainly the new BMW XM opens up a wholly new and exciting chapter in the ///M book. 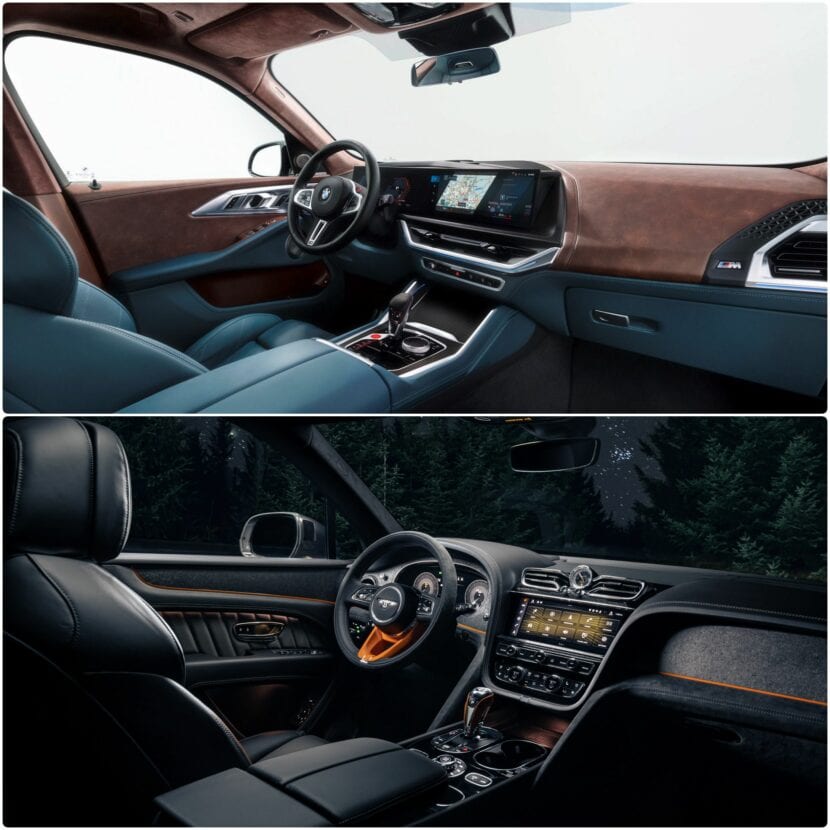 Going inside the two models, we can easily say that both feel entirely lavish, like a taste of a decadent cake. The very best and most refined materials were chosen to form the recipe of “almost perfection”. The classic British luxury philosophy is all-so present in the cabin of the Bentayga: the finest leather upholsteries and wood/metal veneers are used for a truly eye-pampering experience.

The Bentley is the proud bearer of an old school visual language, which did in fact age very well, even though it was conceived almost a decade ago. Compared to the XM, in the Bentayga you will find an abundance of otherwise useful buttons (which also look very exquisite), whereas the Bavarian does away with most of them and is happy with a minimum necessary.

The cabin of G09 BMW XM looks very much inspired by the interior design of the Concept XM from 2021. Even though it is missing some special features such as ///M-styled air vents, the dashboard certainly looks apart. Of course, there are many details borrowed from the G07 X7 LCI, like the Curved Display, yet the dashboard leather surfacing and door panels, as well as the headliner, look and feel unique to the XM.

BMW designers put their best efforts to render the XM its own personality and, in many aspects, they succeed. To some, the cost-saving borrowing of certain parts and bits from existing BMW models might seem like an after-thought or rushed decision. To many, the outstanding atmosphere created by the baroque interior will be all that matters. 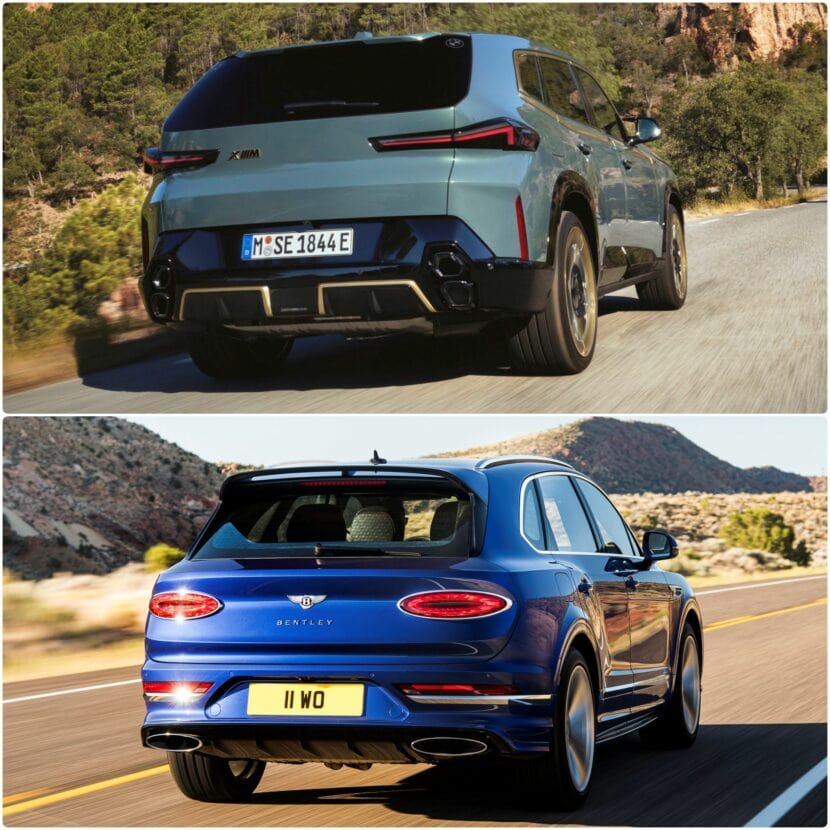 The engines equipping the contenders in this comparison showcase the radically different automotive schools between BMW and Bentley. The Bavarian high-performance SAV comes packed with a state-of-the-art powertrain – in fact, this is the first application of the M HYBRID engine architecture.

The V8 4.4-liter gas-guzzling unit rated at 483 hp is paired with an electric motor worth of 194 hp in a perfect symbiosis to create a plug-in hybrid with a peak output 644 hp. It also enables the new XM to go fully electric over a range of up to 88 kilometers/55 miles in the WLTP cycle. Furthermore, 2023 will herald the advent of an even more potent XM version: the LABEL RED, which boasts a peak output of 550 kW/748 hp.

Even though the Bentayga also offers 6- and 8-cylinder choices, the W12 petrol-fed mammoth is certainly the one that draws most attention. In the Bentayga Speed (the performance version of the British SUV), it delivers an impressive 626 hp of output and sheer 900 Nm maximum torque vs. no less impressive 800 Nm figure in the XM. The Bentayga employs no electrification to deliver its prowess, but still does it effortlessly and remarkably.

Conclusion: Most likely a draw

As much as I may like or love the new BMW XM (which manages to look even better than the concept car), the Bentley Bentayga is undeniably a beautiful and still highly attractive high-riding vehicle. In the end, it all comes to personal choice. While the XM looks and feels the part with its sometimes outrageous design language, I cannot help but recognize that both the Bavarian and the Briton come up with huge amounts of impressive performance and hallmark style, such that it may even be impossible to choose one or the other. Why not have both?