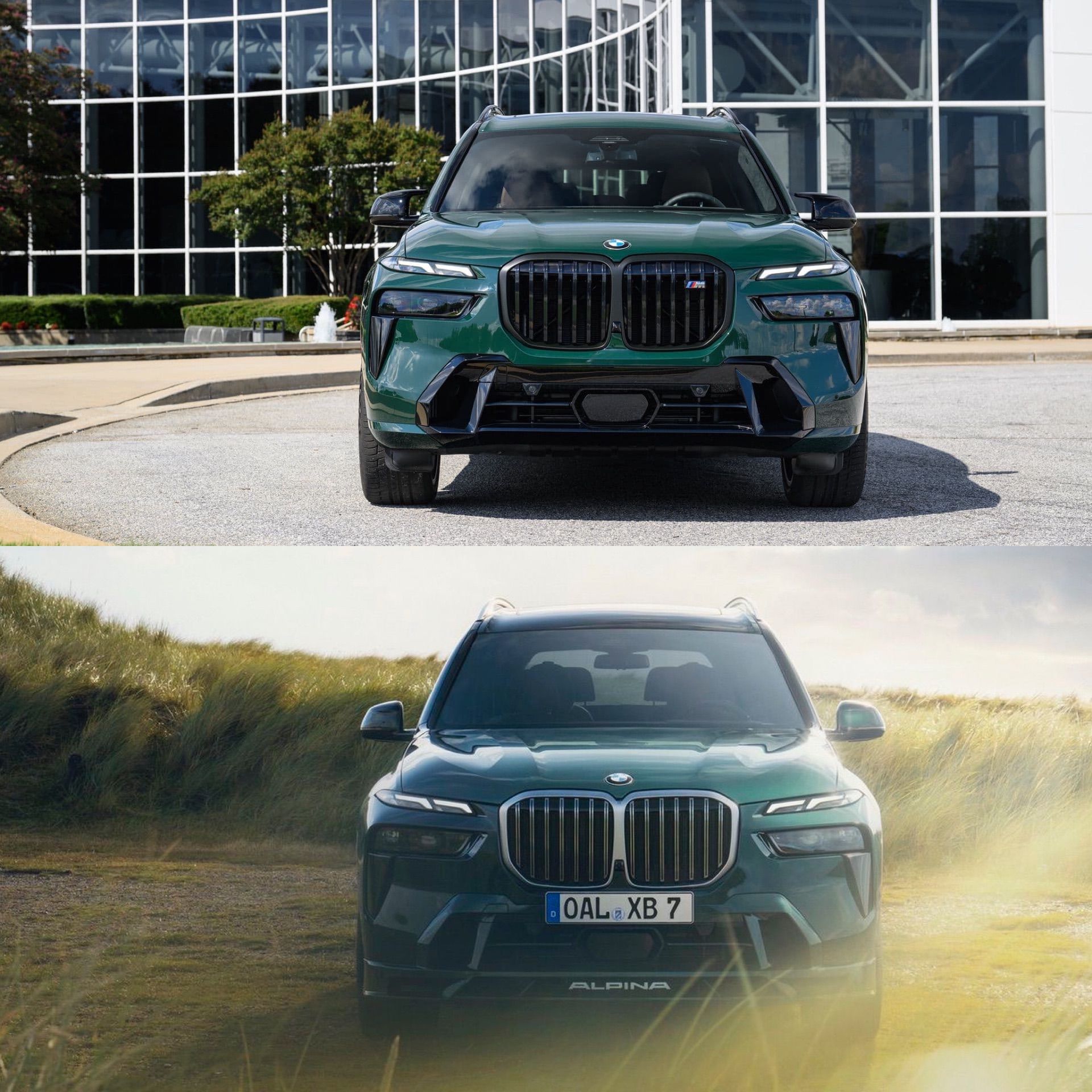 Now that the ALPINA XB7 has been brought up to date, alongside the BMW X7, we should take a look at the differences between the two. Both cars received essentially the same LCI update treatment but there are usually quite a few differences between ALPINA and BMW models. So are there enough differences to distinguish the two cars? Let’s take a look. 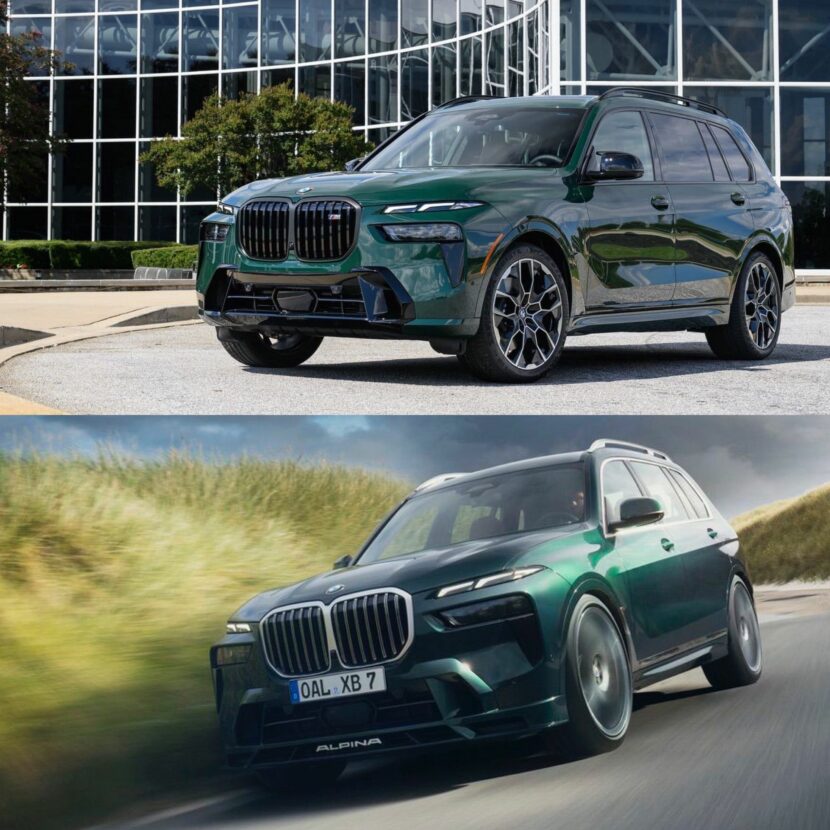 The pre-LCI ALPINA XB7 never really looked much different than the BMW X7 and that hasn’t really changed with the LCI models. In fact, it might be even more similar to the X7 than it was before the LCI treatment. Looking at the two cars side-by-side, there are so few differences between the X7 and XB7 that it’s actually kind of disappointing.

Let’s look at the front end first. Obviously, the headlights and grilles are the same but the XB7’s front bumper is essentially identical to the X7 M60i. The only real differences I can find are the slightly different insert near the front driver assist sensor and the fact that the XB7 has an “ALPINA” badge. 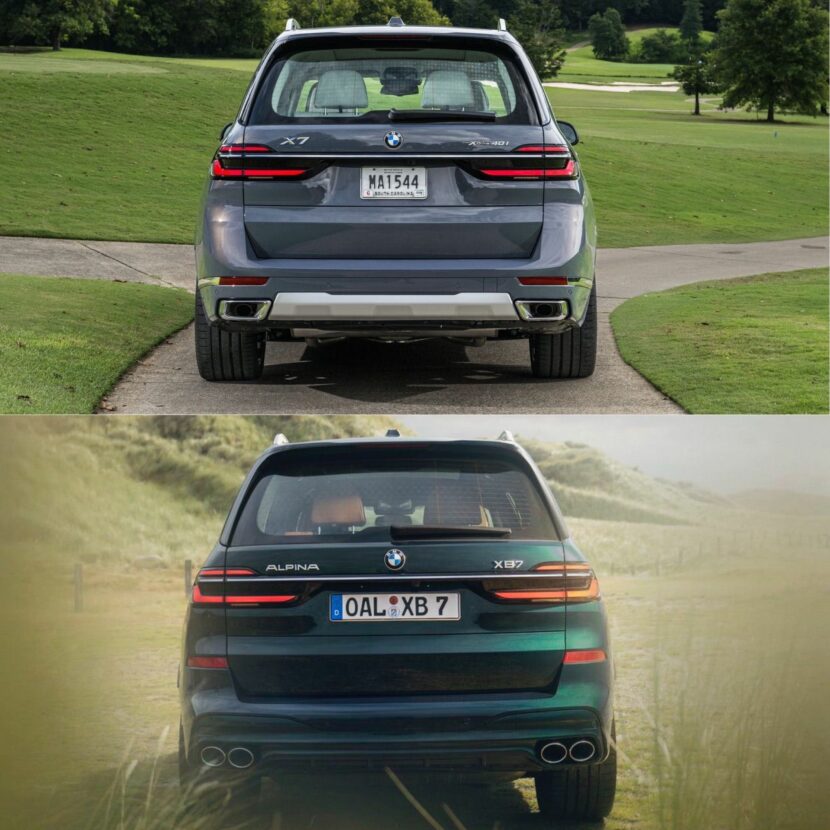 If you look at the profile of both cars, the ALPINA XB7 only really differentiates itself from the X7 with ALPINA’s classic wheels. Aside from those admittedly gorgeous wheels, the XB7 is identical to the X7. Out back, the only significant different on the ALPINA XB7 is its rear bumper, which features quad exhausts that protrude through the bumper. While the BMW X7 M60i gets rectangular exhaust tips (that admittedly have quad pipes inside them), but that’s really the only difference worth noting. 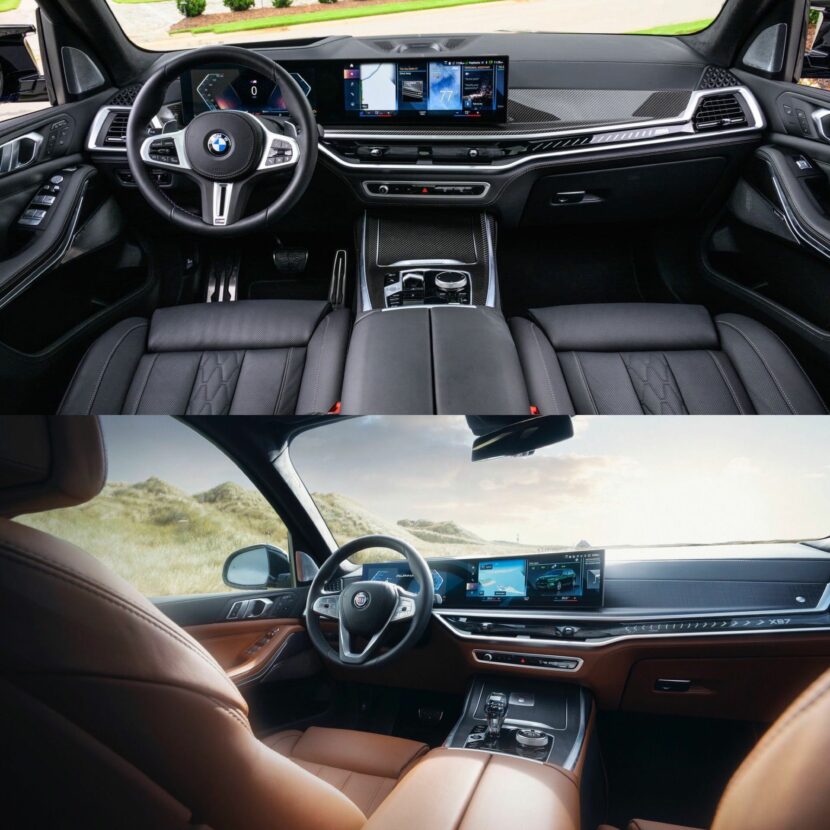 The ALPINA XB7 now has the same iDrive 8 system as all new BMWs, as well as the X7 LCI’s new dash design. That new dash design comes with a new trim design and an illuminated light bar underneath it. ALPINA’s trim is admittedly nicer than the X7’s but the design itself is nigh-identical. Most of the worthwhile differences come from material quality, as the ALPINA features nicer materials and touch points inside but the differences are marginal. The only major difference is that the XB7 didn’t ditch the more traditional shift lever, while the BMW X7 switched to a little toggle switch.

As always, the ALPINA XB7 gets different colors in its digital gauge screen but the graphics themselves are basically the same. There’s also some ALPINA colored stitching and some ALPINA-specific plaques but that’s about it. 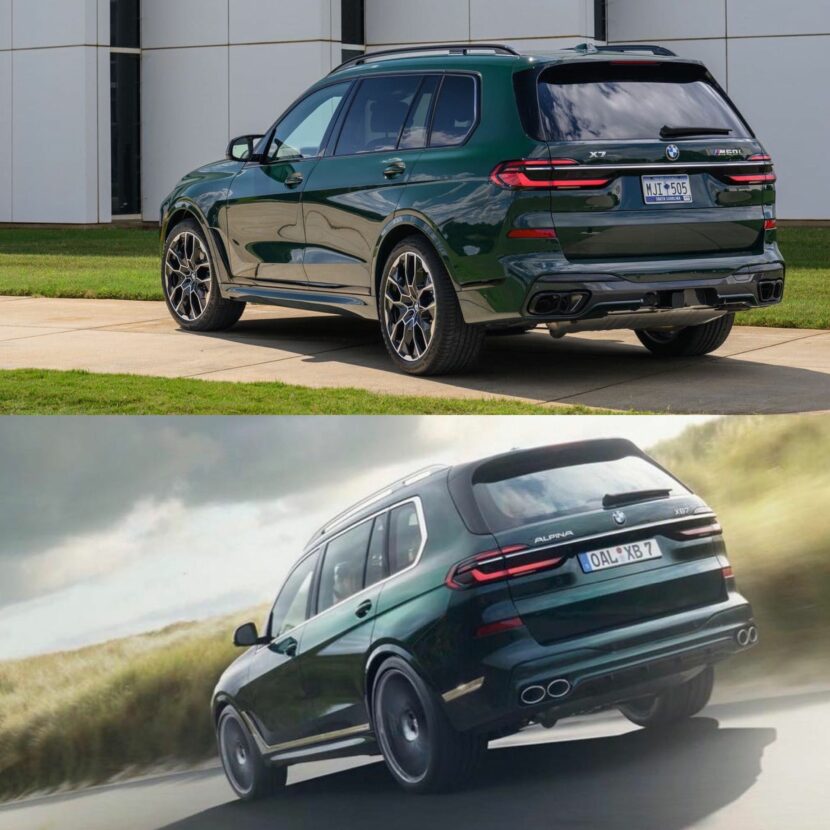 This is really the only area where the ALPINA comes into its own. ALPINA was given the all-new S68 4.4-liter twin-turbo V8 to modify and use in the XB7 and it made some changes. ALPINA’s own specific tune and cooling management help give its version of the S68 engine 630 horsepower and 590 lb-ft of torque, up from the X7 M60i’s 523 horsepower and 553 lb-ft. ALPINA claims a 0-60 mph time of 3.9 seconds, making it the fastest X7 variant on the market.

ALPINA also gave the XB7 upgraded suspension, brakes, xDrive all-wheel drive, and steering. So despite its massive curb weight, the XB7 is a surprisingly capable SUV. It also should be a significant step up from the standard X7 M60i. 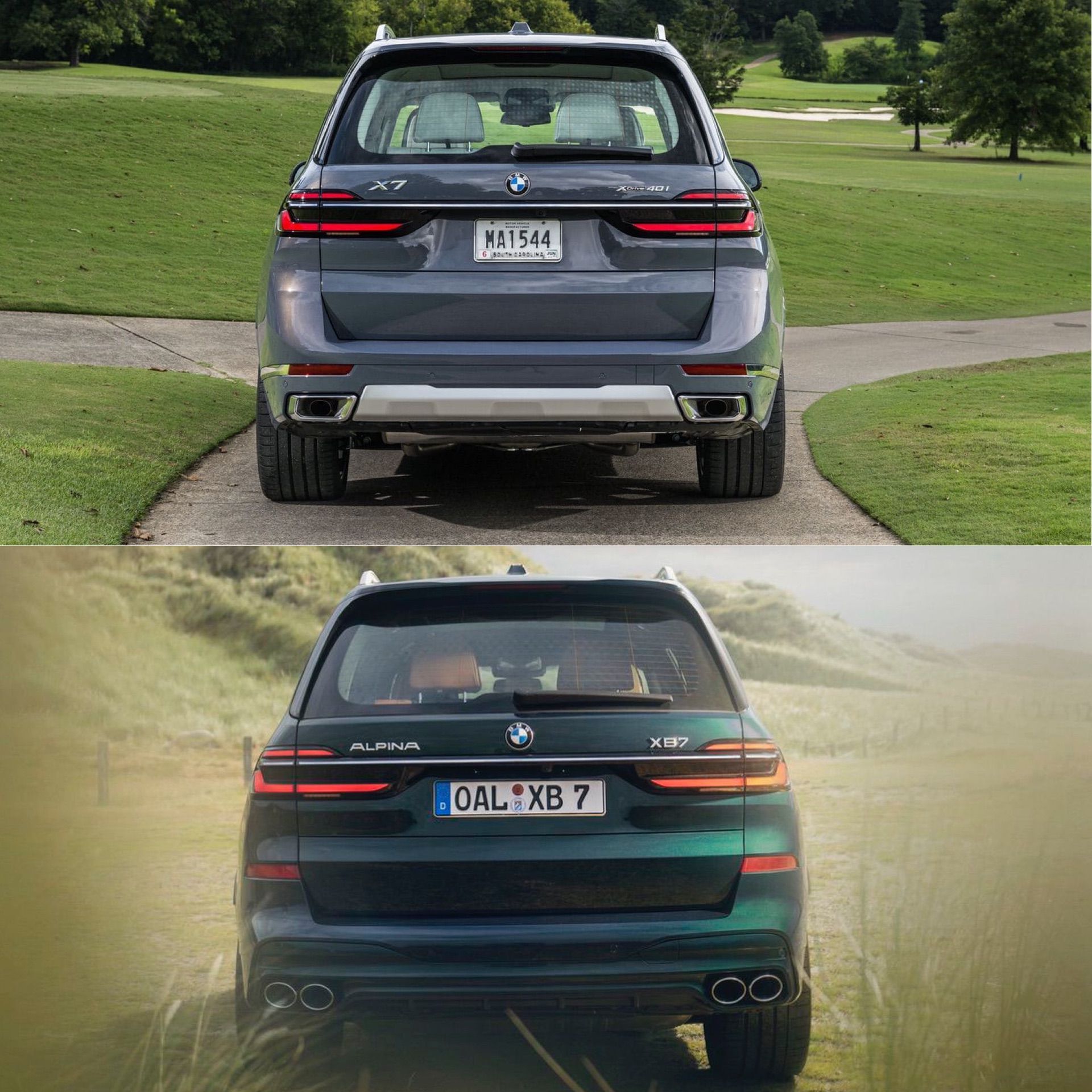 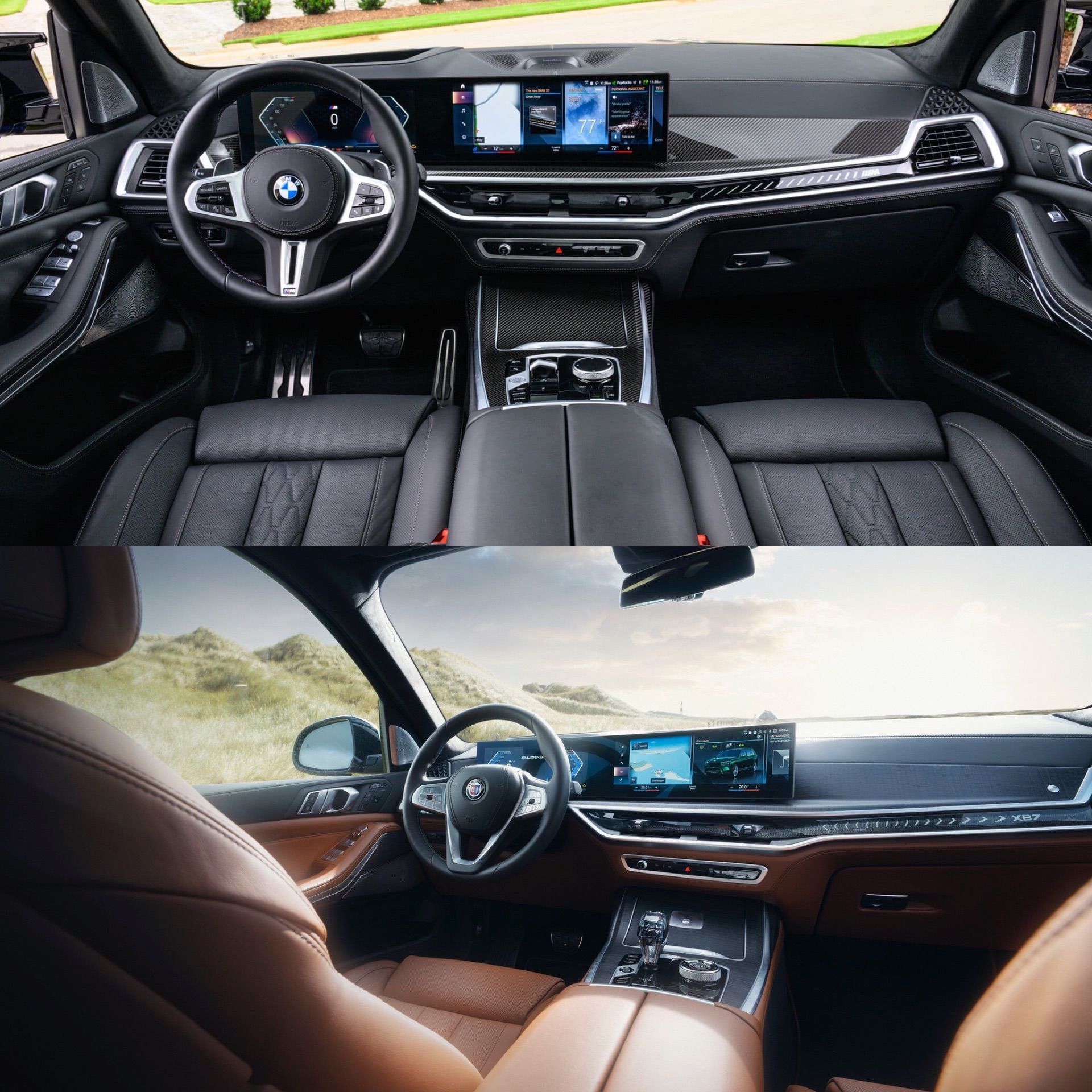 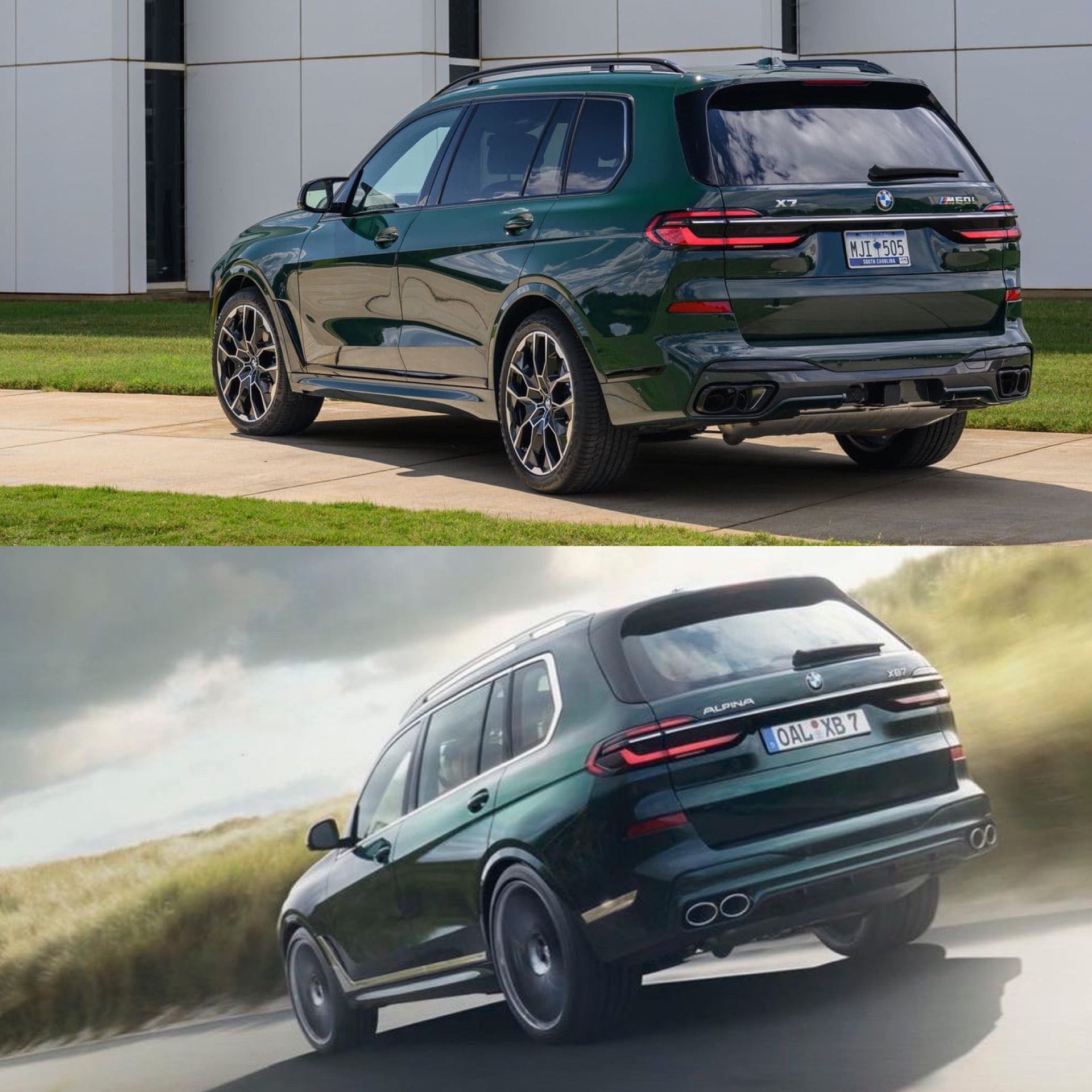