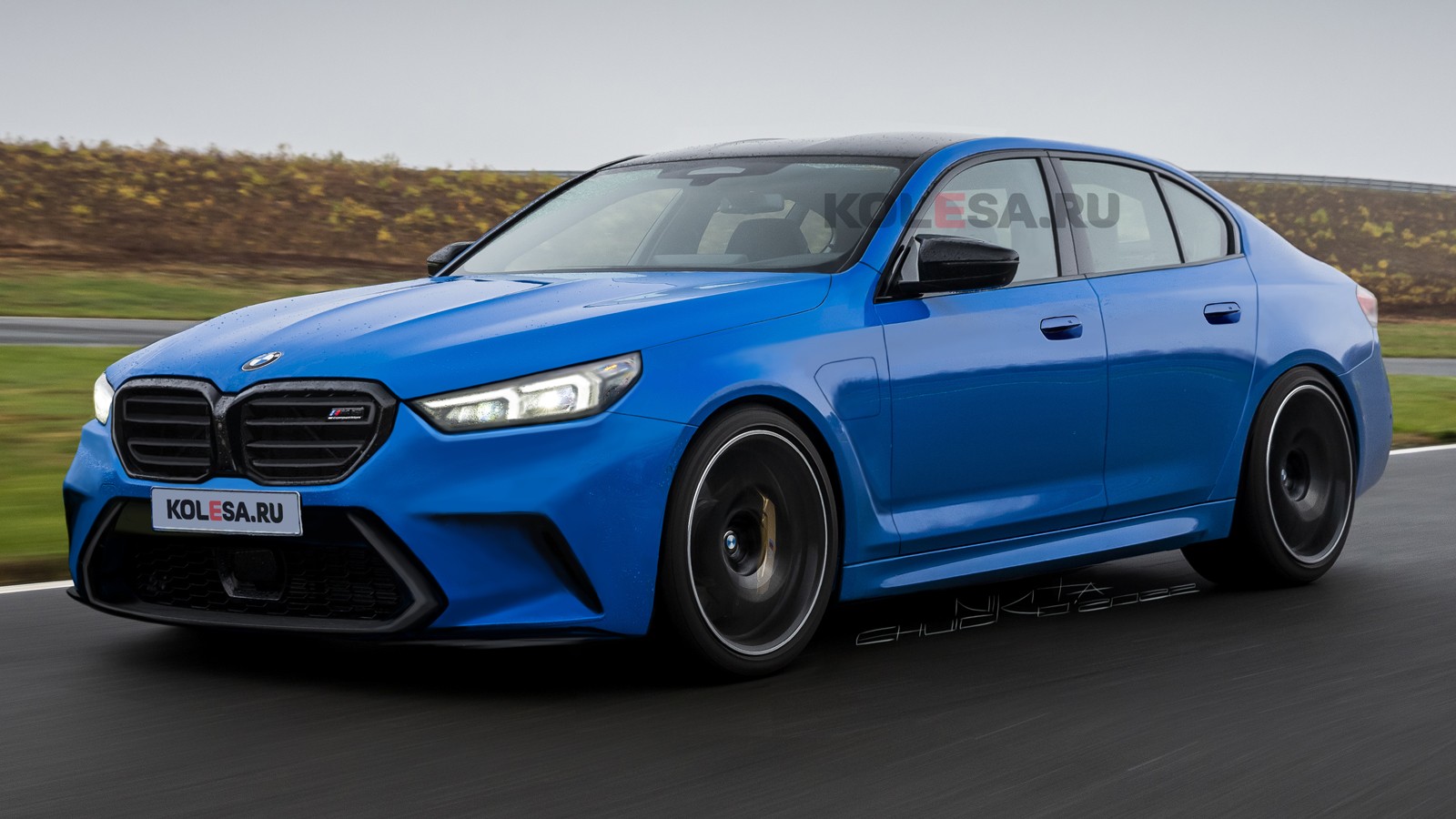 The end is nigh for BMW M cars powered solely by combustion engines as the M2 G87 and 3.0 CSL arriving before the year’s end will be the last of the pure ICE breed. The XM debuting on September 27 will lead the way for electrified performance cars, and the next-generation M5 will follow suit in 2024. It’s been spotted repeatedly undergoing testing, and the latest images with prototypes have now been repurposed for a speculative rendering.

Featuring BMW’s new flush door handle design, the 2024 M5 Sedan (codenamed G90) has the charging port on the left-front fender in the same vein as the aforementioned 2023 XM. Unlike the plug-in hybrid SUV with its massive grille, the AMG E63 competitor will adopt normal kidneys flanked by slimmer headlights. Overall, expect a sharper body with sleeker front and rear fascias without straying away too far from the current G30 generation.

For the first time since 2010 when the E61 Touring was discontinued, it is believed BMW will once again offer an M5 wagon. It apparently has a codename already – G99 – and while it hasn’t been spotted just yet, it’s only a matter of time before the long-roof model will be caught on camera by car paparazzi. The more practical M5 is believed to hit the US market and thus compensate for the M3 Touring’s absence.

The dynamic duo is believed to inherit the PHEV setup from the XM, so look for BMW’s new mild-hybrid S68 engine to work with an electric motor. In the SUV, the twin-turbo 4.4-liter and the e-motor will deliver a combined 650 hp in the launch version, but a more potent derivative is due in 2023 with 750 hp to match the Concept XM.

Production of the sedan is reportedly programmed to start in July 2024, with the wagon to follow in November of the same year. Meanwhile, the standard G60 5 Series Sedan will hit the assembly line in July 2023, so the world premiere should take place in the first months of next year. China will once again have its own long-wheelbase sedan (G68) from early 2024. For the first time, BMW will sell the 5er with a purely electric drivetrain as the i5.

As a final note, rumor has it only the M5 will continue to offer a V8 as lesser flavors of the 5 Series will come only with four- and six-cylinder engines.