An overly optimistic speedometer is not stopping us from enjoying this video of an M5 Touring E61 going flat out on the Autobahn. BMW’s fast wagon has an exquisite V10 orchestra under its hood where the naturally aspirated 5.0-liter engine generates a little over 500 horsepower. Coming from a time when all M cars were rear-wheel drive, the speedy family hauler delivers some intense gear shifts from its SMG sequential transmission.

It’s hard to beat the sound of a large-displacement NA engine and this video showing the long-roof M5 revving to over 8,000 rpm is music to our ears. With stricter emissions regulations and EVs taking over, it’s safe to say the S85 with its Formula 1 roots will never receive a spiritual successor. We should just be happy the V8 is sticking around instead of dreaming about the V10’s return since it’s highly unlikely to happen. 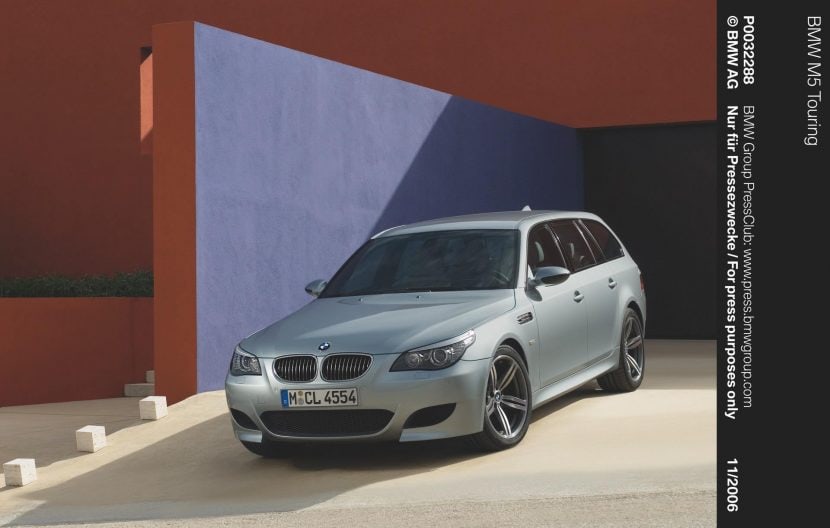 Although the car was discontinued 12 years ago and was never replaced, we can take comfort from knowing BMW is finally selling an M3 Touring. If recent reports are to be believed, the M5 Touring is coming back as early as 2024 and even has a codename already – G99. Better yet, there’s a good chance it’ll be sold in the United States, which would be great considering its smaller sibling is not available in North America.

The next-gen M5 Touring is allegedly entering production in November 2024, so we’re roughly two years away from its official debut. Logic tells us the premiere will take place after the M5 Sedan’s, which is believed to carry the G90 codename and hit the assembly line in July of the same year. Don’t expect a big V10 without forced induction as the dynamic duo will utilize the new S68 twin-turbo V8 in a plug-in hybrid package.