The BMW 7 Series G70’s global rollout is happening as we speak since more and more dealers across the world are getting the all-new luxobarge. Case in point, a Canadian dealer has taken delivery of the fully electric i7 wearing one of the several two-tone paint jobs introduced with the seventh-generation model. Mind you, this is not the first 7er to have a bi-color exterior, but now there are more options than ever before, thus narrowing the gap until Rolls-Royce.

Say what you will about BMW’s recent design choices, but we have to give them credit for coming out with such a daring design. Sure, it will take a while before we’ll all get used to the split headlights, which the X7 LCI technically got first since the fullsize SUV is already being delivered to customers. The year’s end will bring the XM, another model with separate daytime running lights mounted above the low/high beams. 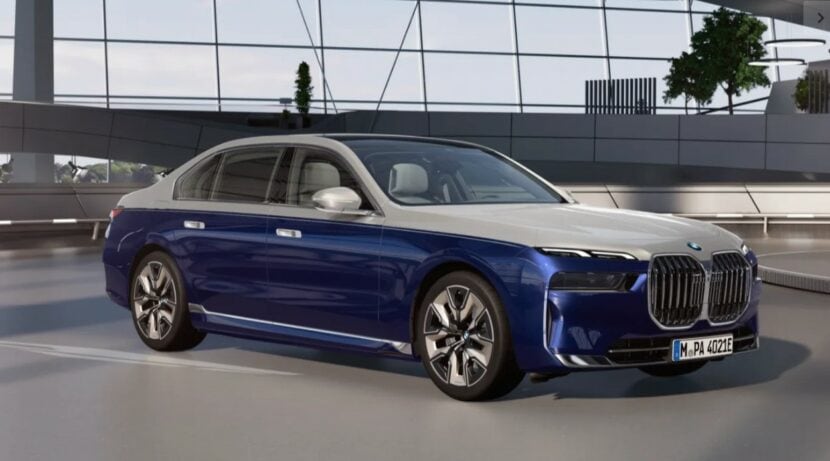 Just as radical is the 7 Series’ interior transformation since most of the traditional buttons have been eliminated. You’ll be accessing the vast majority of the car’s functions from the 14.9-inch touchscreen, part of the Operating System 8 together with the 12.3-inch driver’s display mounted to the infotainment’s left. The G70 also gets what BMW refers to as the Interaction Bar, which bundles the ambient lighting with nearly invisible air vents and some traditional controls.

This i7 has a white Merino leather on the inside, but you can alternatively get the fullsize electric sedan with a cashmere wool upholstery debuting on a BMW. There are more screens in the back where the optional 31.3-inch cinema-like display is joined by smartphone-like touchscreens embedded into the door cards to access various functions.

The new 7er remains on the CLAR platform like its predecessor, but this walkaround video reminds us of how BMW’s flagship has been completely transformed for 2023 and beyond. In electric guise, the xDrive60 is the only way to go for the time being, with an i7 M70 that will follow next year with 660 horsepower. It’ll complement another high-powered electrified version, the M760e as the first M Performance model with a plug-in hybrid powertrain.