Home » Upclose with the most powerful 7 Series – The BMW M760e

The Goodwood Festival of Speed is – as you might have guessed – all about speed. So not only BMW brought out the big old school guns, but also some new track weapons. One of them is the 2023 BMW M760e, the first plug-in hybrid 7 Series tuned by the M Division. Sporting a two-tone black and grey paint job, the BMW M760e attracted quite a crowd at the BMW i stand.

In this video, we take a close look at the exterior and interior design of the BMW M760e, while also sharing some of its specs. First, you notice the two-tone paint, which will be a €12,000 option when the car finally debuts. It’s a look that makes the 7er feel more premium, more Rolls-Royce-like, and it’s one that works really well on the new 7 Series body. The specific two-tone paint  in this video is called two-tone Sapphire Black metallic. 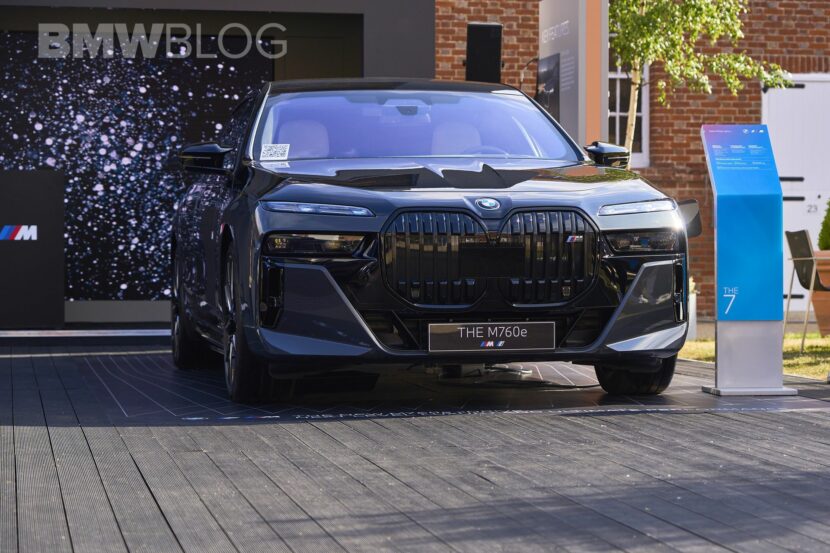 Speaking of tech specs, there are two separate PHEV models, one of which is this first M Performance hybrid. The BMW M760e xDrive is scheduled to go on sale in Spring 2023 but it will not be available in the United States. The BMW M760e xDrive uses a smaller inline-six with the familiar 3.0-liter displacement, 48V tech, and an electric motor. 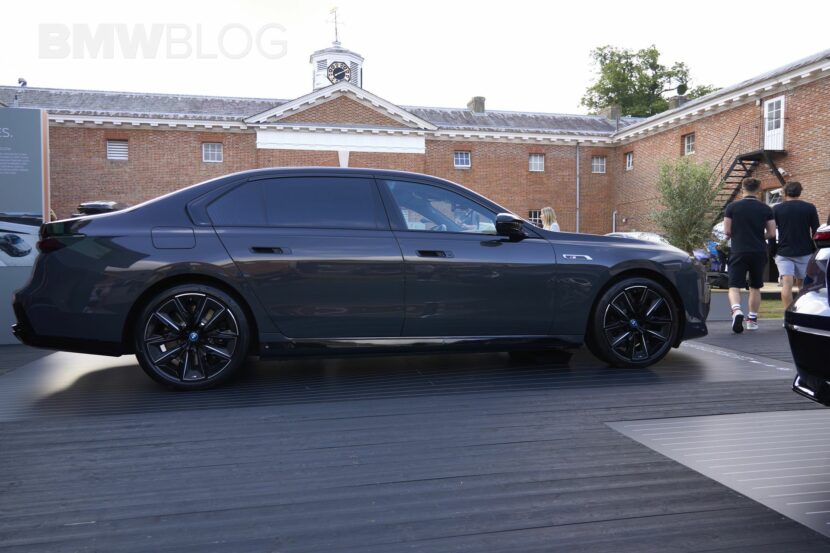 The electrified M760e runs to 62 mph (100 km/h) in just 4.3 seconds. It’ll continue to accelerate until 155 mph (250 km/h) when the electronic top speed limiter is programmed to kick in. Switch off the six-cylinder gasoline engine and the maximum velocity drops to only 87 mph (140 km/h).

The M760e xDrive uses an eight-speed Steptronic gearbox. The electric motor draws its juice from a lithium-ion battery pack with a usable capacity of 18.7 kWh, which is more than 50% compared to what the old 7er PHEV had. You can fully recharge the battery in less than three hours. The M760e xDrive aims to deliver 50 miles (80 kilometers) of electric range in the WLTP cycle.

So now without any further ado, please take a look at our first impressions of the BMW M760e and please don’t forget to subscribe to our channel!