For 2023, the BMW X7 carries a starting price of $77,850 in the United States for the base xDrive40i model. However, you can spend significantly more by configuring the fullsize SUV in the M50i-replacing M60i version priced from $103,100. On top of that, there are plenty of options to drive up the final bill even further. One expensive build is featured in a new video, with the luxobarge carrying a steep asking price of $110,095 (including destination charges).

BMW of Morristown is providing an extended tour of the X7 in M Performance guise, finished in Black Sapphire metallic and riding on 22-inch wheels – both representing a no-cost option. By having the $300 M Sport Professional Package, it gets the Extended Shadowline Trim bringing an assortment of glossy black accents throughout the exterior. Those M Sport brakes are also finished in black, but this optional package lets you choose blue calipers as well.

This M60i has a standard seven-seat layout rather than the optional six-seat arrangement with captain’s chairs for the second row. It also keeps it simple as far as the upholstery is concerned by having the regular black Extended Merino Leather instead of the $2,700 Full Merino Leather. The priciest option is a $2,100 Executive Package while the Driving Assistance Professional Package is another $1,700. 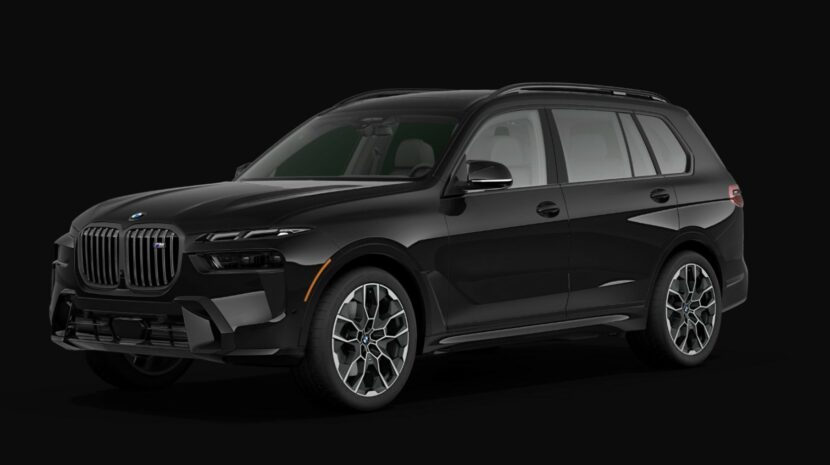 BMW’s answer to the Mercedes GLS remains the all-rounder it’s always been, but now with a more controversial front fascia featuring polarizing split headlights. It also gets a completely revamped user interface with the new iDrive, while the M60i ushers in the company’s S68 engine. It’s still a twin-turbo 4.4-liter V8, but with mild-hybrid tech for a bit more efficiency and low-end boost.