Ahead of its competitional debut in 2023, BMW’s LMDh racer is on a tour as we first saw it in the UK at the Goodwood Festival of Speed before it headed to the US for initial tests. It’s now back in Europe, specifically in Munich at BMW Welt where visitors can get up close and personal with the electrified prototype. Featuring the widest application of the kidney grille we’ve ever seen, the M Hybrid V8 is a sight to behold.

It serves as a spiritual successor of the Le Mans-winning V12 LMR and marks BMW’s return to top-tier racing. For the time being, the endurance machine wears a special M livery to mark the performance division’s 50th anniversary. Needless to say, it’ll get a proper racing livery next year when it’s set to compete in the IMSA WeatherTech SportsCar Championship. Come 2024, it’s also due to take part in the FIA World Endurance Championship, so we’ll be seeing it at the 24 Hours of Le Mans on the famous Circuit de la Sarthe where the V12 LMR won in 1999. 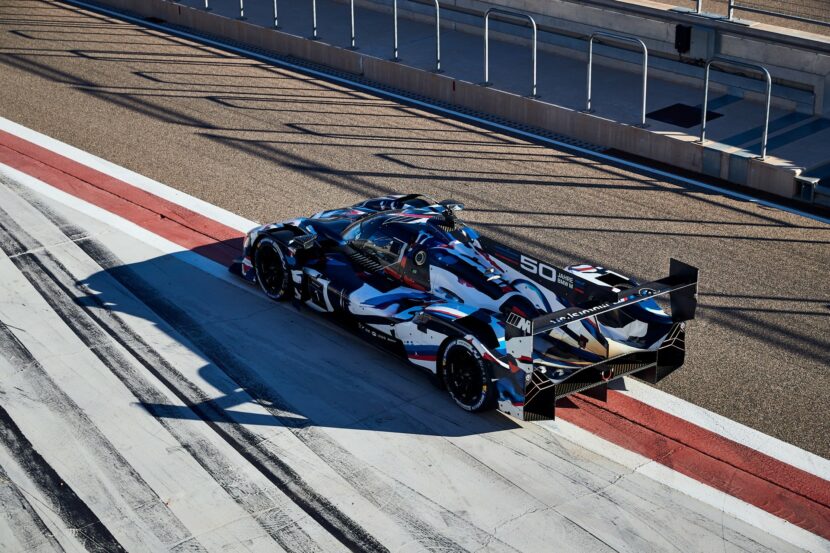 As with all LMDh prototypes, BMW’s endurance racer will utilize an Xtrac transverse, single-clutch gearbox with seven gears sending power to the rear wheels. The transmission has a built-in motor-generator unit (MGU) and can support an engine operating speed of 10,000 rpm. Speaking of which, the twin-turbo 4.0-liter engine is codenamed P66/3 and is derived from the 2017/2018 M4 DTM powertrain.

It’s important to mention LMDh rules don’t force companies to make a certain number of road cars for homologation purposes. While it would be great to have a true M1 successor based on the M Hybrid V8, BMW hasn’t said anything about giving the hybrid race car a license plate.