Whenever a dealership uploads a new video, it’s usually about a new car available in the inventory. However, that’s not the case here as BMW of Morristown doesn’t own this pristine M3 E36. Finished in Estoril Blue, the 1998 sports sedan equipped with a manual gearbox belongs to a client who dropped by to have it serviced. The owner was kind enough to let the dealer film his prized possession for a lengthy video to share with enthusiasts.

Everyone knows the (sad) story of the M3 E36 sold in the United States as the local BMW division deliberately downgraded the car compared to the European-market model. This was done to lower the asking price as the higher-ups weren’t sure customers would be willing to pay the premium for those niceties. Not only did it have a less powerful engine, but it had to make do with a five-speed manual gearbox and lesser brakes.

The car sold in the US had only 240 horsepower whereas the Euro model initially offered 286 hp before the inline-six engine’s displacement was bumped from 3.0 to 3.2, which upped the hp count to 321 hp. The switch came along with a six-speed manual instead of the previous five-speed ‘box. BMW did not extract more ponies for the US-spec M3 E36, but it did increase torque by 11 lb-ft to 236 lb-ft. 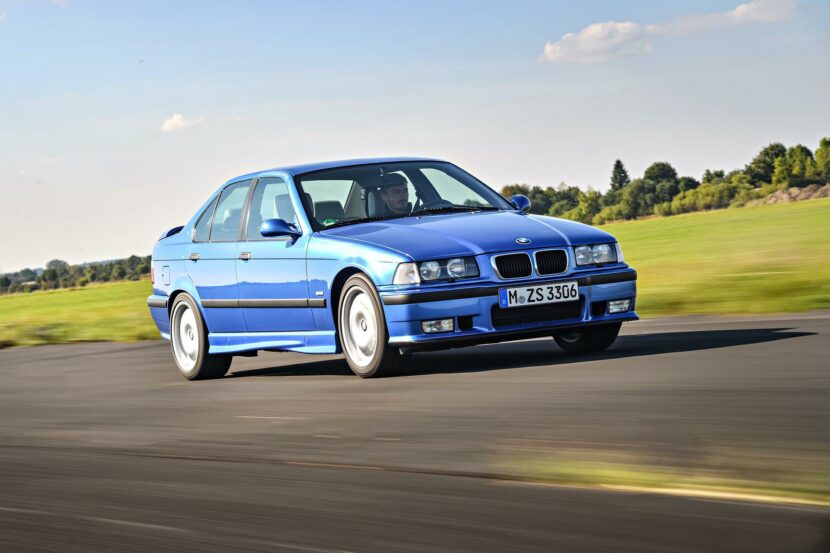 Despite not matching the performance of its Euro cousin, there’s still a lot to like about the car. It appears to be in excellent condition, fitted with the Style 39 wheels in the 17-inch size with 225 front and 245 rear Michelin Pilot Sport all-season tires. This M3 comes from a time when BMW’s full-fat M cars did not come with a quad exhaust, which from 2023 will trickle down to M Performance models like the X1 M35i and M135i facelift.

The interior is a blast from the past and goes to show how much has changed since the 1990s. While today’s BMWs have fewer and fewer conventional controls since most functions are accessible through the touchscreen, the M3 E36’s center console had numerous buttons for quick access. Elsewhere, the M stripes on the hazelnut-colored seats are a nice touch, as are the Harman Kardon speakers.

Overall, this M3 E36 is a veritable time capsule and our proverbial hats are coming off to the owner for superbly maintaining his sports sedan throughout the years.